According to the Substance Abuse and Mental Health Services Administration (SAMHSA), the incidence of substance use disorders is two to three times higher in the LGBT community compared to the general population. The Equal Employment Opportunity Commission receives thousands of complaints every year related to discrimination based on sexual orientation and gender identity. More than 80 percent of LGBT youth report being bullied and the number of suicide attempts is 4 times higher in this community. LGBTQ youth are three times more likely to become addicted to drugs compared to their heterosexual peers.
Not only is the likelihood of addiction greater, gays, lesbians, bisexuals, and transgenders have different needs compared to straight people in terms of addiction treatment. Coexisting problems complicate the substance abuse. Traditional rehabilitation facilities may not be equipped to address the specific problems of addiction in the LGBT community. Being among people of the same sexual orientation can help recovering abusers feel safe and supported, greatly improving the chance of successful recovery. Read on to find out how gay drug rehab facilities can help. 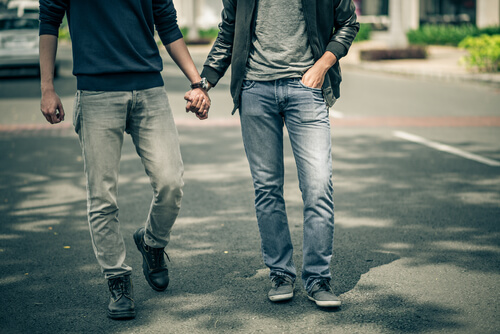 Until 1973, homosexuality was considered a mental illness rather than a variation of human sexuality. Over the last few decades, the stigma attached to people with a non-heterosexual orientation has been gradually fading. Yet, members of the LGBTQ community still face a daily battle with discrimination and being judged, giving rise to significant stress. Not surprisingly, gays, lesbians, bisexuals, transgenders, and queers frequently turn to tobacco, alcohol, and drugs as a coping mechanism.

The rate of hate crime against the LGBTQ community remains pretty high. According to the Federal Bureau of Investigation (FBI), sexual orientation is the second highest cause of hate crimes, second only to racial bias. This bias is frequently aggravated among people who are under immense physical and mental stress due to issues such as addiction.

Members of the LGBTQ community often find it extremely difficult to seek addiction treatment for fear of being discriminated against or judged by those who are supposed to help them. Fortunately, designated LGBT treatment centers offer a safe haven for overcoming substance abuse problems. Inpatient gay drug rehabilitation programs offer comfort and privacy and the opportunity to overcome addiction without being judged for sexual orientation. The programs at these facilities teach strategies to cope with the daily struggles that are unique to the LGBT community.

LGBTQ addiction treatment centers are designed to specifically help members of the community. Lesbian rehab centers and gay alcohol rehabs cater to women and men who identify with these sexual orientations, respectively. The best thing about gay rehabs is that the staff are sympathetic and compassionate. Caregivers understand the unique stressors that affect those who are not part of the heterosexual majority. At LGBT rehab centers, people with non-straight sexual orientations can start a new, healthy life without fear of being discriminated or ridiculed.

In addition to standard alcohol and drug addiction treatment, LGBT rehab facilities offer various treatments that are designed to address the specific problems of this community. For example, a gay rehab center may teach participants how to deal with discrimination in the workplace or rejection from family members without resorting to alcohol or drug use. Transgender people may have the opportunity to learn how to handle being misgendered without resorting to the numbing effects of alcohol and drugs.

A lack of self-acceptance is common in the LGBTQ community and is associated with considerable psychological stress. This predisposes homosexuals and transgenders to substance use disorders. LGBT addiction treatment centers offer programs that help participants accept their sexual orientation or gender identity and develop resilience for relapse prevention.

It is not unusual for members of the LGBT community to feel isolated, embarrassed, ashamed, fearful, and rejected by loved ones. These emotions are frequently related to addiction issues. Some of the factors that contribute to alcoholism or drug dependence in gays and lesbians include:

In addition to the above-mentioned barriers to addiction treatment, studies have shown that there are differences in substance use behaviors based on sexual orientation. Being forced to reside with people of the birth gender rather than the self-identified gender can cause emotional turmoil for transgender individuals. Respect and understanding for gender identity are critical for addiction recovery. LGBT drug rehab programs address these specific concerns and focus on more than just substance abuse issues. They delve into the root cause of the addiction and alleviate the shame, fear, and isolation associated with an individual’s sexual orientation.

The challenges faced by the gay community can often lead to drug abuse. Traditional rehabilitation centers may be ineffective in treating members of the LGBTQ community because the staff may be unaware of the emotional issues and special needs of homosexuals and transgenders. Counselors at traditional rehabilitation facilities may express subtle or obvious homophobia or prejudices towards LGBT individuals, making the healing process ineffective.
Do gays and lesbians need specialized addiction treatment centers? Gay-friendly rehabilitation facilities offer a safe, welcoming, non-judgmental environment. The focus is on addiction recovery regardless of sexual orientation. The addiction treatment programs at these facilities are managed by medical personnel who have special training in understanding and resolving issues related to the LGBTQ community. In addition to the traditional treatments offered at all rehab facilities, such as detox, behavioral therapies, and aftercare, LGBTQ members can expect to learn the following at a gay drug rehab:

An atmosphere of honesty, openness about gender identity and sexuality, and acceptance in a judgment-free environment are all conducive to drug rehab for gays and lesbians. Bisexuals, transgenders, and queers can expect support from peers as well as group therapy sessions with SUD patients on recovery who have had similar life experiences. The absence of negativity, criticism, and ostracization at LGBT drug rehabs all promote recovery from substance abuse.

LGBT-friendly rehab centers help members of the community pursue a healthy lifestyle, achieve their goals, and prevent a return to alcohol and drugs. The best gay-friend rehabs look at every patient as an individual and tailor the treatment plan based on the addict’s substance abuse history. People with substance use disorder learn to move past the problems that led to alcoholism or drug use, develop strategies to cope with emotions, and are taught how to deal with criticism of sexual orientation.

There are several factors that must be considered when choosing a gay rehab. The drug and alcohol rehabilitation program should be designed specifically for the LGBT community. An important question to ask is – Which part of the LGBTQ community does the center cater to? Some LGBTQ treatment centers are open to anyone with a non-heterosexual orientation, including gay men, lesbian women, and transgender individuals. Some cater exclusively to lesbian women, while others are solely for gay men. People with SUD may choose an inclusive rehabilitation program that helps all members of the LGBTQ community or they may prefer a facility that exclusively treats people of a specific sexual orientation.

Are staff members at gay rehabs trained to deal with issues related to the LGBT community? It is a good idea to ensure that the personnel at the LGBT addiction recovery program are not only accepting of a specific sexual orientation but also have experience in dealing with the problems unique to this community. For effective and long-lasting recovery from substance abuse, it is critical that staff members are trained in addiction therapies as well as LGBT issues. Some LGBTQ rehabilitation centers only hire staff who belong to that particular community so that they are understanding of the psychological and social challenges. A guide has been developed for clinicians and administrators who provide substance abuse treatment to lesbian, gay, transgender, and bisexual people. Some of the factors to consider when choosing a gay drug rehabilitation program are listed below.

Are the staff trained to deal with people of one’s sexual orientation? LGBT-friendly rehab means nothing if the staff is lacking in knowledge and compassion. For example, transgender individuals may feel alienated or unsafe at a traditional inpatient rehab facility. Culturally competent staff remove barriers and offer addiction treatment services in a non-judgmental environment.

What treatment programs does the facility offer? Addiction treatment is not one-size-fits-all. The LGBT drug recovery program should address the unique needs of the person seeking therapy, including intensive behavioral therapies, special medical needs, and co-occurring mental health issues such as bipolar disorder or depression.

Does the gay-friendly rehabilitation program offer counseling for families? Traditional family counseling may not work for people who are homosexuals. Counselors should be trained in understanding the influence of sexual orientation and gender identity on interpersonal relationships.

What is the success rate? Choose a facility that has a proven track record. However, remember, no program can have a perfect success rate. In fact, if a center claims a 100 percent success rate, this should raise suspicion.

How much will gay drug rehab cost? For many people with substance use disorder on recovery, the cost of the addiction treatment program is a key factor in the choice of facility. Ask about upfront cost, sliding scale payment plans, and insurance coverage.

Some LGBT-friendly addiction treatment centers that specialize in substance abuse recovery for lesbians, gays, transgender, bisexual, and queers are listed below: