In the last few decades, unlawful substance use has become a norm of a certain portion of every society. Anxiety, stress, materialism, moral degradation, and lack of proper guidance have caused a rise in the number of substance abuse cases. In the past, this problem remained with people going through a hard time and needed an escape from reality, or they were suffering from some painful disease and required potent analgesics. In this age, however, recreational substances use has become a fashion statement, and it has become too easy to acquire and use narcotics or alcohol unlawfully without knowing of side effects and social consequences associated with this obsession.

Now that the problem is an internationally acknowledged one, a question arises “how should drug abuse be controlled?” Many solutions have been proposed based on psychotherapy, religion, moral support, and force. However, similar to every criminal activity or dangerous act, drug abuse was also controlled by implementing laws related to this problem. Drug courts were introduced at the beginning of the 19th century to instill fear in drug addicts.

Drug court is a program within the judicial system that deals with non-violent criminal cases involving illicit substance users. The system was put in place to rehabilitate and reform offenders with addiction problems.

A state taxpayer’s return on the upfront investment in drug courts is substantial. They are a more cost effective method of dealing with drug problems than either probation or prison.United Nations Report

It is a judicial trial court that handles cases of addicts as long as no violent activity is involved. This court is set up with the goal of reforming and rehabilitating the offender having substance control problems. Penalties are easy to pay, and if the person has been ordered to do jail time, then it is not for any long period. This court system actually involves many other systems that collaborate to bring about a change in the life of the person being tried.

Many Countries Around the World Have Drug Courts. Some of These Countries Include:

From a sample of 17,000 drug court graduates nationwide, within one year of program graduation, only 16.4% had been arrested and charged with a felony offense.U.S. Department of Justice

Systems differ according to the customs and laws of the country. The United States special drug courts have been functional for over 20 years, with about 2,500 drug courts active in the country. According to drug court statistics, at least 120,000 citizens in the U.S. get help through drug court effectiveness and intervention.

A study on drug court effectiveness found that 84 percent of individuals coerced into the drug courts program were neither arrested nor charged with any significant crime in the initial year after they graduated from recovery programs. In addition, according to drug court statistics, it was observed that national drug courts greatly reduce crime rates in the country.

It costs approximately $8,000 Canadian dollars per annum to provide substance abuse treatment to the Toronto Drug Treatment Court participant and $45,000 to incarcerate the same participant for one year... Only 11.6% of those who complete the drug rehab court program run into trouble again with the law.United Nations Report

How do drug courts work, and what are some standard drug court rules and regulations? The essence of this national institution of law is specifically to tackle drug-related non-violent crimes from its foundations and to proffer a sustainable solution by penalization via recovery programs, rather than incarceration, for those that meet the requirements.

The Video Below Provides Information on Drug Court Rules and Regulations:

What are the Types of Drug Courts?

Components of a Drug Court and Judicial System

The drug court system differs from the traditional criminal court in many ways. In this type of court, all the authorities, be it a judge or a defense counselor, all work together to devise the best plan for the person involved in the trial. The components of a tribunal that are involved in a case are:

Do They Do Drug Testing at the Court?

The eligibility of a candidate for the program is determined in court by the judge, and the prosecutors do initial testing in front of the judge, which decides whether the person is the culprit of the charge or not. On the spot, testing is done by fast processing devices such as breathalyzers, blood testing devices. All the involved parties are present in the court. Later testing and monitoring are done by the probation officer or treatment officials. But weekly hearings are held throughout treatment where a judge reviews the person’s clearance status and the program’s success. 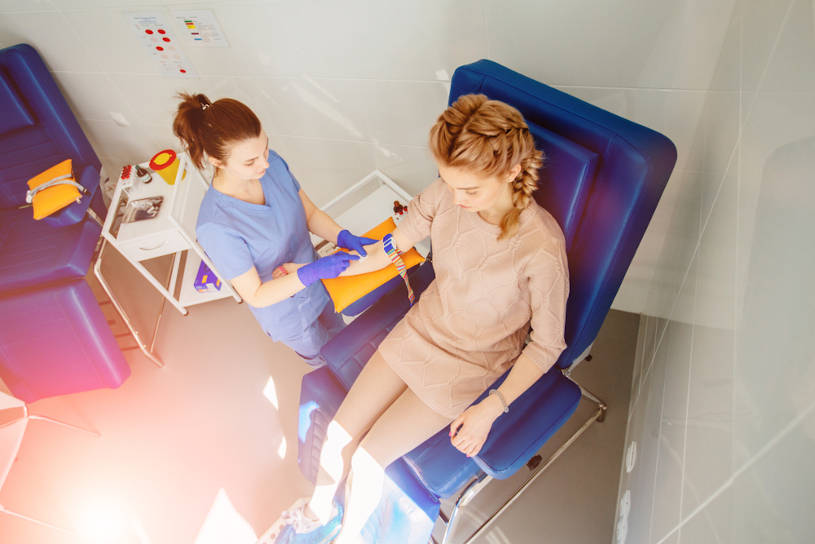 Why Does the Court Order Drug Tests?

The court orders tests to determine whether the person being convicted is the culprit and if that person is eligible for the program. Initial tests are administered in the presence of prosecutors, judges, and other court officials using devices that provide quick results.

The Method of Working With a Court Is Simple Yet Effective:

I'm seeing something real, something that has changed people's lives. There is hope.Mississippi Supreme Court Justice Kay Cobb, speaking to Drug Court graduates in Brookhaven, Mississippi

Types of Drug Courts Throughout the World

There are many different Drug Court Models made for different offender types:

The general goal behind the drug courts program is to provide an easier way to break the cycle of alcohol and substance addiction. The length of the program may run between one to two years, depending on a number of factors. Defendants who are qualified for the program are mandated to go through a stabilization phase, after which the program phases begin.

Stabilization lasts 4 to 6 weeks, during which the defendant will be evaluated to observe how he or she reacts to the treatment and the program in general. The defendant is required to:

At the end of the evaluation, the court decides, based on the participation so far, if the defendant would proceed with the drug courts program. The program is made up of three phases; each of them is spread over a period of 12-24 weeks in this order:

This is the early recovery stage, which is focused on full induction into the treatment program and providing substantial support through this Phase. In this Phase, participants will allow the following:

This Phase helps to improve decision-making abilities and strengthens the resolve to live without alcohol or addictive substances. The program also encourages the attendant to get involved in skill development and employment programs. Participants will allow the following:

In order to get a pass mark and advance to Phase III, the individual must be clean for 180 days consecutively and must be actively involved in employment and educational programs.

This transition phase focuses on maintaining sobriety and relapse prevention, with emphasis on reintegration into society by means of employment and education training.

Participants are mandated to:

At the end of the third Phase, the graduates are required to fill out forms, report for a graduation assessment in front of a panel. Cases of fine payments, charges, and reimbursements must be settled before the presiding judge makes a final judgment. Graduates of the program are encouraged to join an alumni group as a form of aftercare service for continued support.

The court (in Australia) offers a high level of support and supervision in an endeavor to break the cycle of drug dependency, the commission of a crime to finance the dependency, imprisonment and a return to the drug dependency upon release from prison.United Nations Report

From the above discussion, it might appear that this judicial system is the perfect answer to the substance abuse problem, but there are many problems with this system as well.

Although there is evidence present for and against drug courts, it is necessary to realize that not all the courts are the same, but they are a good way to clean the society of substance abuse problems.

Why Are Drug Courts Successful?

There are numerous testimonies, information, and statistics on the effect of DTCs and their effective support system. A major success factor is the effectiveness of the judicial system and interdisciplinary teams. Some of the success factors include:

Drug courts are an effective and cost-efficient way to help non-violent drug offenders commit to a rigorous drug treatment program in lieu of prison. By leveraging the coercive power of the criminal justice system, drug courts can alter the behavior of non-violent, low-level drug offenders through a combination of judicial supervision, case management, mandatory drug testing, and treatment to ensure abstinence from drugs, and escalating sanctions.Former U.S. President George W. Bush

Drug courts combine mandatory treatment and resources with incentives for compliance and sanctions for non-compliance to successfully break the addiction cycle and get more and more people out of addiction and into a help center every year. 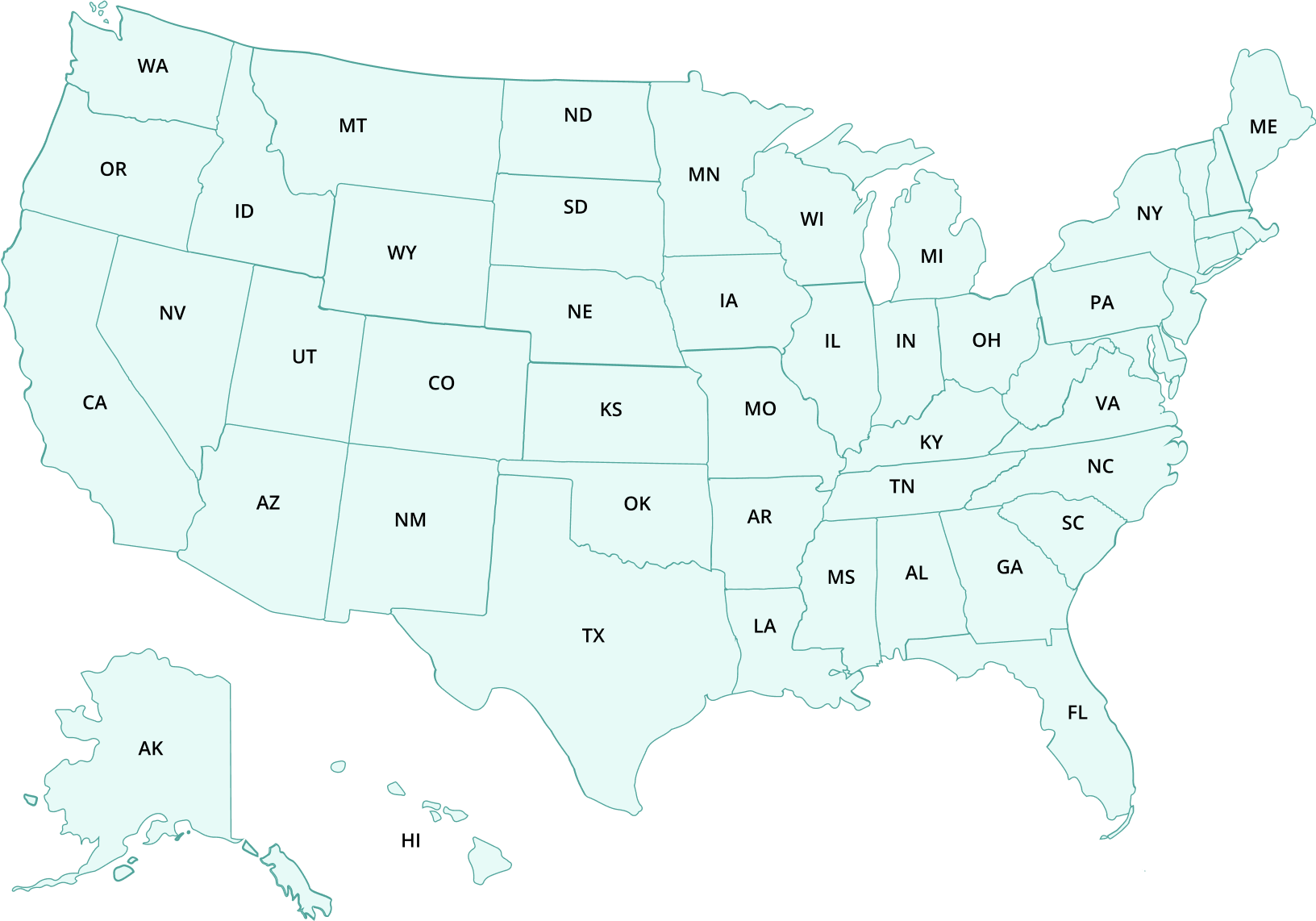