Phenazepam: Dosage, Half-Life, High. Is It Legal In The US?

Phenazepam is a medication that has been gaining popularity as a recreational drug in the past five years. It is prescribed for various mental disorders in many Commonwealth of Independent States countries, including Russia. Although it has no approved medical use in the US, it can be useful to know what phenazepam is, what risks it presents, and why it has become a disturbing issue in the United States.

What Phenazepam Is: Origins And Purpose

Phenazepam was first developed in the Soviet Union in 1975 for treatment of various neurological and psychiatric disorders. It is a benzodiazepine, similar to Valium, that exerts a sedating influence on a patient. Being a CNS depressant with tranquilizing properties, the medication is particularly suitable for the treatment of anxiety and panic disorders, as well as epilepsy, insomnia, neurosis, and alcohol withdrawal syndrome. The drug usually comes as a powder, in tablet form, or as a liquid solution.

Is Phenazepam Legal In The US?

Being developed in the Soviet Union, the medication has never been licensed anywhere in the world except for multiple post-soviet countries.

In the United States, phenazepam legal status is somewhat ambiguous: it is not a controlled substance, yet, it is illegal to sell it for human use. Many states also have specific bans in place, classifying the drug as a controlled dangerous substance. For instance, in Louisiana, the ban extends to a variety of products that contain phenazepam but are not marketed for human use.

Phenazepam legal issues originate in the way substances are classified in the US. The Federal Analogue Act directs to assign Schedule I or II categories to drugs that are “substantially similar” to the substances that are already present in those categories. However, all benzodiazepines are automatically assigned Schedule IV drug category under the Controlled Substances Act. 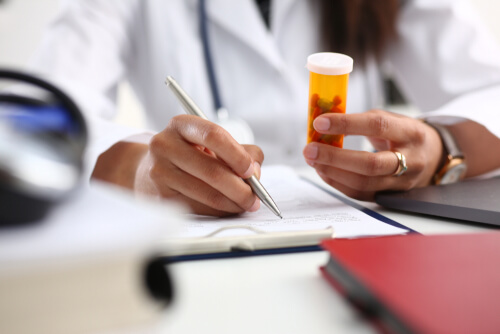 In the US, there are no approved medical phenazepam uses. However, the drug is routinely prescribed for the treatment of various disorders in a number of other countries. In general, the potential uses for phenazepam are determined by its properties and may be similar to conditions that other benzodiazepines are intended to treat.

The drug works by binding to GABA receptors in the body, enhancing their action. It sends a signal to reduce nerve activity, effectively relaxing or sedating a person. The drug typically starts acting within 2 hours after it was taken.

In Russia and other countries of Southern Europe, what phenazepam is used for may include:

For patients in the US, it is impossible to get a consultation on the dosage of the medication, since it has no medical use in this country. Trying to self-medicate with this drug can lead to severe adverse health effects.

In the CIS countries, phenazepam tablets are usually given 2-3 times a day. Each dose ranges between 0.25 and 0.5 mg, depending on a patient’s needs. In the clinical setting, the dose might be increased to 3-5 mg per day.

For the treatment of alcohol withdrawal syndrome, the dose ranges from 2.5 to 5 mg per day.

Doses used in insomnia treatment typically are smaller: 0.25 to 1 mg half an hour before going to sleep. In cases of severe insomnia, the dosage can be increased to 2.5 mg.

Phenazepam dose for epilepsy is 2-10 mg per day. 10 mg is also the maximum amount of the drug that a person can take in a single day.

In special cases, 4-20 mg of phenazepam can be given to treat depersonalization disorders. Large doses of 3-10 mg are also used to alleviate severe anxiety.

Overdosing on benzodiazepines can be extremely dangerous and result in fatalities. The dose of phenazepam required to induce an overdose differs depending on a person’s tolerance to the drug. The maximum safe dosage of the medication is 10 mg during one day.

Possible phenazepam overdose symptoms may include:

In the event of an overdose, it is crucial to get help as soon as possible. A person should call 911 immediately if they suspect that they or someone else has overdosed.

Before starting the treatment, it is important to know what the side effects of phenazepam are. Many of them manifest as amplified effects of the drug that are otherwise therapeutic and go away on their own. Some, however, are more serious and require treatment.

Side effects of the medication may include:

If any of the above-mentioned side effects are noticed, call the doctor or 911 immediately.

How Long Does Phenazepam Stay In One’s System

Phenazepam can be administered orally and as an intramuscular or intravenous injection. After it is delivered into a patient’s system, it is metabolized by the liver.

Phenazepam half-life is 6-18 hours, but its active metabolite 3-hydroxyphenazepam stays in a person’s system for up to 60 hours.

The medicine is detectable in urine for up to several weeks and 3-4 days in blood. A standard phenazepam drug test measures the concentration of the substance into a person’s blood. The value for therapeutic usage normally will not exceed 30 μg/L. Recreational use is frequently associated with concentrations ranging from 100 μg/L to 600 μg/L. 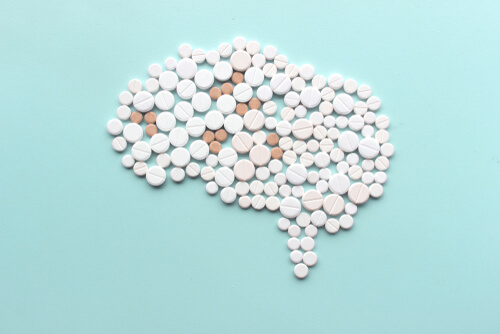 Benzodiazepines are normally only used in short-term treatment, as they have an incredibly high potential for abuse. The recreational abuse of phenazepam presents several significant health risks, associated mainly with the duration of the use. When a person remains under the influence of the medication for too long, the drug can cause damage to the individual’s mental and physical health, as well as to cognitive function.

Phenazepam abuse is associated with the development of depression, fatigue, sexual dysfunction, memory problems, brain damage, suicidal behaviors, anxiety, and coma. It also causes addiction and withdrawal symptoms when the person stops taking the drug all at once. The withdrawal symptoms can be immensely dangerous and put the person at risk of dying even more so than the abuse itself does.

Although some people develop a dependence on the drug after using it as prescribed for a long time, many abuse the substance recreationally on purpose. Phenazepam effects are not only pleasurable themselves but can enhance the action of other drugs, making the substance particularly attractive to poly-drug users.

How It Is Recreationally Used

The most common form of the medication is phenazepam powder. It also exists in the form of tablets that are sometimes crushed by those who use the medicine recreationally. The drug can be snorted, swallowed or, injected when it comes as a solution for an intramuscular and intravenous shot.

Phenazepam high is associated with feelings of calm and relaxation. In smaller doses, the benzodiazepine relieves tension, causes pleasant sleepiness and drowsiness. In larger doses, it can send a person into a euphoric state.

The time during which the effects of the substance can be felt depends on a person’s individual characteristics. Typically, the peak effects are achieved within 4 hours after ingestion. Overall, the action lasts for approximately 60 hours due to the medication’s half-life.

Combinations With Other Substances

Phenazepam is frequently combined with other drugs to reinforce or counteract their action. When combined with opioids such as heroin and methadone, it is used to achieve greater euphoric effects. The substance can also augment the effects of alcohol. In combination with cocaine and similar drugs, it is mainly used to reduce or neutralize the stimulating effects. Sometimes, the medication is used to ease the withdrawal and abstinence symptoms. 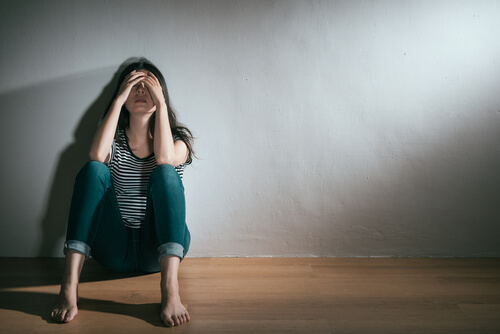 The drug causes physical dependence after prolonged exposure to it regardless of whether it was used recreationally or as directed by a doctor. Any patient can suffer from physical dependence on this medication. Addiction to phenazepam, however, always has a psychological component as well. A person may feel an irresistible urge to use the drug, spend a significant amount of money on it, disregard the negative consequences of their use, and encounter problems in relationships with other people.

Simple detoxification is enough to break the physical dependence, but it is not sufficient to combat addiction. A person who is addicted to the benzodiazepine is also likely to relapse without appropriate simultaneous treatment of the mental issues that complements detox. Phenazepam addiction, therefore, requires treatment, supervised by medical professionals.

Phenazepam withdrawal occurs when the dose is significantly reduced over a short period of time, or if the drug is suddenly discontinued. Withdrawal from this drug has to be done under the supervision of a medical professional, as some of the effects are dangerous to a person’s health and require specific treatment.

The most common withdrawal symptoms include:

Serious withdrawal effects may include: 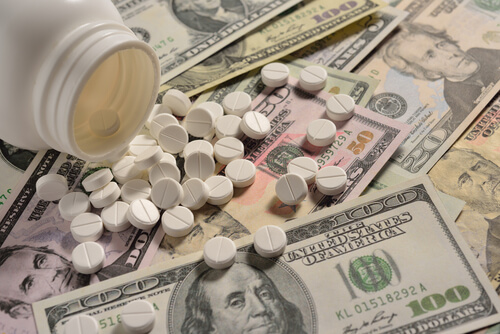 The prices for the medication at Russian pharmacies range from $1.55 to $2.54 for tablets and $2.25 to $3 for the solution for intramuscular injections. In the US, no one can buy phenazepam since it is not an approved medication. Some patients opt to find an illegal phenazepam supplier in the USA. Others choose to legally buy phenazepam online.

Those who buy phenazepam pills should expect to pay around $44 for 50 tablets. The powder form of the medicines costs from $1,016 to $7,760 at online pharmacies.

Phenazepam is an addictive benzodiazepine drug that is used mainly to treat anxiety and insomnia. It has no approved use in the US, and it is illegal to sell the substance. The most prominent effects of the drug include sedation, loss of balance and coordination, drowsiness, confusion, and slowed reaction time. Phenazepam might be beneficial for patients with insomnia, alcohol withdrawal syndrome, hyperkinesia, temporal lobe epilepsy, and neurosis. It is also illicitly used as a recreational drug. The abuse is particularly rampant in China, the UK, and the United States. The misuse of this substance is associated with the development of addiction, brain damage, and potentially lethal withdrawal symptoms. The latter may include suicidal behaviors, anxiety, and insomnia. Patients are encouraged to seek professional help in the rehabilitation centers for their addiction, as it can have a devastating effect on their life and health.