What Are Stimulants (Uppers)? Psychostimulants Abuse

Stimulant drugs are some of the most popular substances of abuse. While there are medical applications for CNS stimulants, they are still incredibly dangerous. Here is what people should know about stimulants and abuse.

Stimulants, also known as uppers, are a type of drug that is found both in medical settings and on the street. These drugs get their name from how they act on the body: specifically, stimulant effects speed up bodily processes. This results in everything from increased heart rate to a faster metabolism.

CNS stimulants fall into three categories, as determined by the DEA. These are amphetamines, diet aids, and street drugs.

Substances that fall under the umbrella of uppers include:

Prescription uppers are used to treat a wide variety of conditions. ADHD stimulants are the most well-known. However, using stimulants for depression, narcolepsy, fatigue, and more also occurs. However, given their addictive nature and how easy they are to abuse, alternatives should be considered whenever possible.

When uppers are abused, they generally are not accessed through legal means. As such, there is a large clandestine market for them, and it operates by using stimulant street names to hide what buyers and sellers are talking about. Stimulant slang names can refer to uppers in general, or they can refer to a specific drug. Not all users are concerned about the types of stimulants they access. 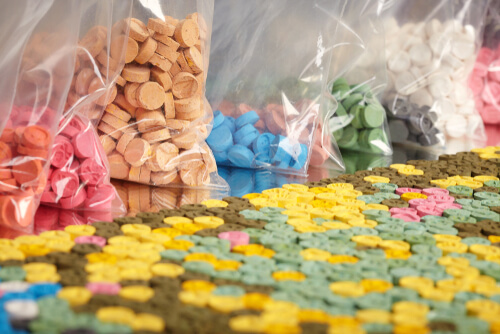 If a loved one suspects someone is engaging in upper abuse, knowing these street names could help. Some of the more common terms for stimulant drugs are:

How Long Do Stimulants Stay In One’s System?

A major concern for anyone taking psychostimulant drugs is how long they remain in the system. Whether someone is preparing to be drug tested or just wants to take another medication safely, knowing how long it takes uppers to clear the body is important. However, there is no global answer that applies to all uppers.

Because central nervous stimulant drugs have numerous variations within them, some will clear the system much faster than others. Users need to research the specific substance they are taking to know just how long it will stay in their bodies.

While researching, the most important term to understand is a half-life. This is when the concentration of the drug in the plasma reaches half of its maximum level. Once the half-life is reached, it becomes harder to detect the presence of the most common stimulants; however, it is far from impossible.

Factors That Determine How Long Stimulants Are In The System

While there is information online about the half-life of uppers, these are averages, not guarantees. How long psychostimulants remain in the system is determined by numerous factors that vary between individuals.

Some variables that can shorten or lengthen the time drugs spend in the system are:

Because there are so many variables, those abusing uppers cannot determine exactly how long the drug will remain in their body. 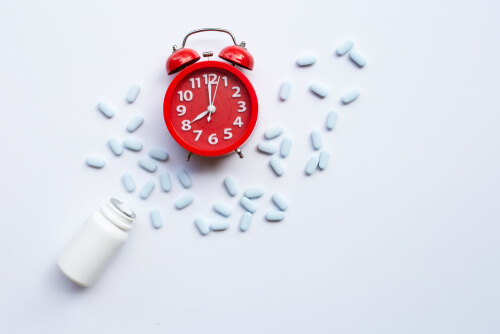 Detectability Of Stimulants With Testing

While there are many reasons to be concerned about how long a drug remains in the system, most people are worried about it because of drug testing. Testing for stimulants does exist. In fact, these tests will usually show the presence of both illicit and prescription uppers. How long they will reveal the presence of these stimulant drugs will depend on the material being tested and the drug that was used.

Because the detection window is so significant, especially if hair testing is done, the only way a user can ensure they will not test positive is to not abuse the drug in the first place.

Central nervous system stimulant drugs have the potential to interact with a wide variety of substances. This includes natural stimulants, which many erroneously believe are safe. Anyone using uppers must research potential interactions. Otherwise, severe reactions, including death, are possible.

Stimulants are uppers, increasing the rate of bodily functions. Alcohol, on the other hand, is a depressant, or downer. It is not uncommon for people abusing drugs to combine nervous system stimulants with depressants to bring down their high when it gets bad or to achieve multiple types of highs. The consequences of this range from deadly strain on the heart to being more likely to cause or sustain an injury. As a result, this combination should be avoided. 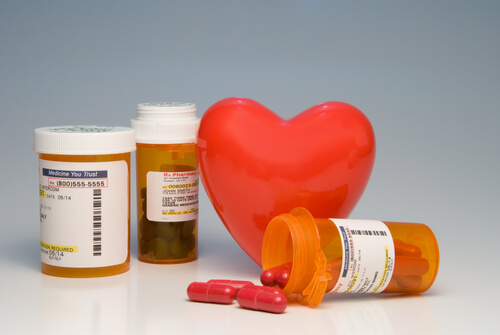 Beta-blockers are known to reverse the toxic effects of uppers. However, this does not mean that mixing the substances is without consequences. If done once or infrequently, there is unlikely to be a significant consequence. However, if people rely on beta-blockers to rescue them from the consequences of their abuse on a regular basis, their body will sustain damage, and the beta-blockers will become less effective.

Users should not attempt to address overdoses at home. Instead, if their abuse turns deadly, they should seek medical attention. Further treatment can be performed in substance abuse rehab.

The concurrent use of antidepressants and upper drugs is medically contraindicated. This is because it can cause cytochrome P450 2D6 (CYP2D6) enzyme inhibition, increasing serotonin levels and potentially resulting in serotonin syndrome—a deadly condition. Users should speak with their doctor about all the substances they are using to be safe. Even common stimulants and prescriptions can interact in deadly ways.

The following are additional interactions users should be aware of:

Anyone using uppers needs to speak with their doctor about all other substances, including supplements they are taking.

When people think about someone who is high, they tend to think about people on downers like marijuana. However, when looking at uppers vs. downers, the high they deliver is very different. With uppers, energy is increased because the bodily processes are moving faster. Users can feel more enthusiastic about life and social interactions. They often feel ready for anything. Things like anxiety tend to fade to the background, and users feel more capable.

While some of these things may sound positive, the risks that come with them are anything but. Because these uppers tax the central nervous system and bodily processes, they risk things like heart attacks and strokes in those who abuse them. Additionally, the feeling of being capable of anything can lead to risk-taking behaviors that put the user’s life at risk.

No matter how tempting the effects of a high might be, users should avoid upper abuse.

Why people end up abusing uppers varies from user to user. In some cases, people with extreme social anxiety might turn to them so they can better socialize. Students and professionals often use uppers to get enough energy to get their work done. Others still might be prescribed them for legitimate reasons yet end up abusing them to chase the high they cause. When people abuse uppers, they may snort, smoke, swallow or inject them. However, any way of intake other from the prescribed one is dangerous, as well as poses legal liabilities when abused. 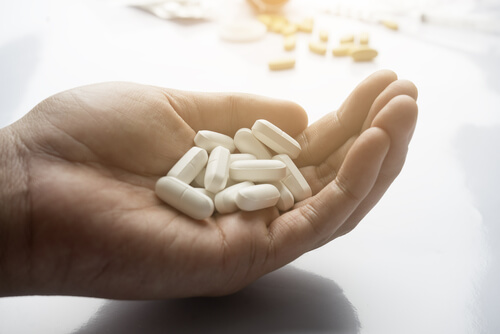 Knowing that someone is abusing these drugs requires spotting symptoms of stimulants. While these can change between uppers, common stimulant symptoms include:

While many of these symptoms can be due to other conditions if someone observes these in a loved one, it is a good idea to speak to them about psychostimulant abuse. If the treatment starts timely, patients may avoid many unpleasant side effects.

Stimulants addiction is a very real affliction that many people battle. Approximately 2 million Americans report being addicted to some type of stimulants every year.

This addiction is both mental and physical. The body can become dependent upon their presence and crave them while they are gone. The user can also grow to see the high they deliver as a comfort, finding themselves pulled to abuse them even if their body does not crave them.

Treatment for uppers abuse and addiction helps people stop their use and get clean. Most drug rehab centers know how to help people successfully stop the use of uppers, giving users a wide variety of options.

In addition to better success staying clean, drug rehab centers also help with the withdrawal symptoms of stimulants. What this is like will depend on the specific substances used and how long and heavily they were used for.

In general, withdrawal from uppers will not be deadly. However, the symptoms can cause significant distress and push the user to abuse again. Additionally, some can last long-term, for as much as five months. Because of this, anyone who has become addicted to uppers should seek assistance in getting clean rather than trying to go cold turkey.

Anyone abusing uppers can get the help they need to turn their life around. Addiction rehab centers offer specialized treatment that addresses the root cause of addiction and helps the patient become stable in their recovery.