What is Rohypnol? Brand Names, Drug Class and Abuse Symptoms

Rohypnol is a widely-known date-rape drug that belongs to the benzodiazepine drug class. The drug is so powerful that it is sometimes used as anesthesia by doctors before surgery. This text takes an in-depth look at these various names of Rohypnol, the make-up of the drug, and symptoms of abuse.

Rohypnol used to come as an odorless and tasteless white tablet, but now there are green Rohypnol pills with a blue core that washes into any liquid that it comes into contact with. This change was made necessary by the instances of abuse of the previous Rohypnol pills – especially in unsuspecting individuals. With the blue core, it is easier to tell when Flunitrazepam has been added to a drink. However, some generic variants of the drug do not have blue dye. 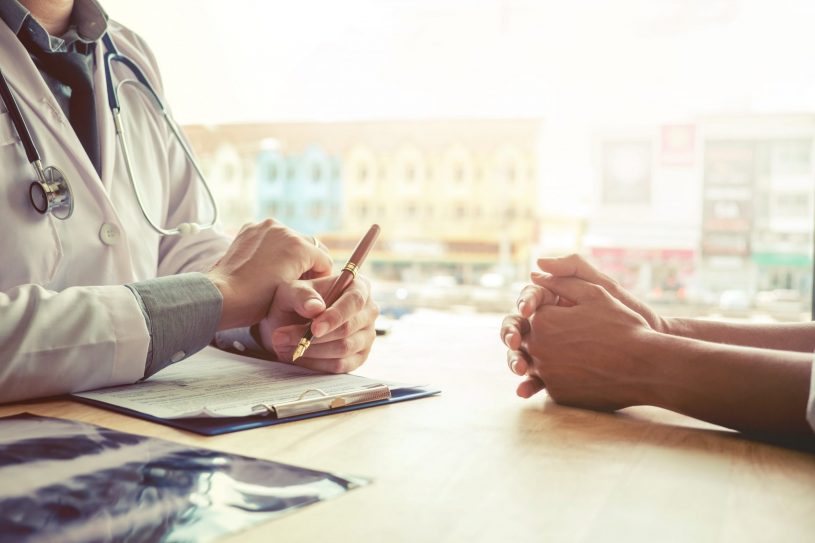 The main ingredient is flunitrazepam. Rohypnol classification is the benzodiazepines family, and the drug is approximately 10 times stronger than Valium. Flunitrazepam is a central nervous system depressant that has a sedating effect on a person. Flunitrazepam’s chemical formula is C16H12FN3O3, where C16H12 indicates that the compound is a benzodiazepine.

The non-active Flunitrazepam ingredients may include: 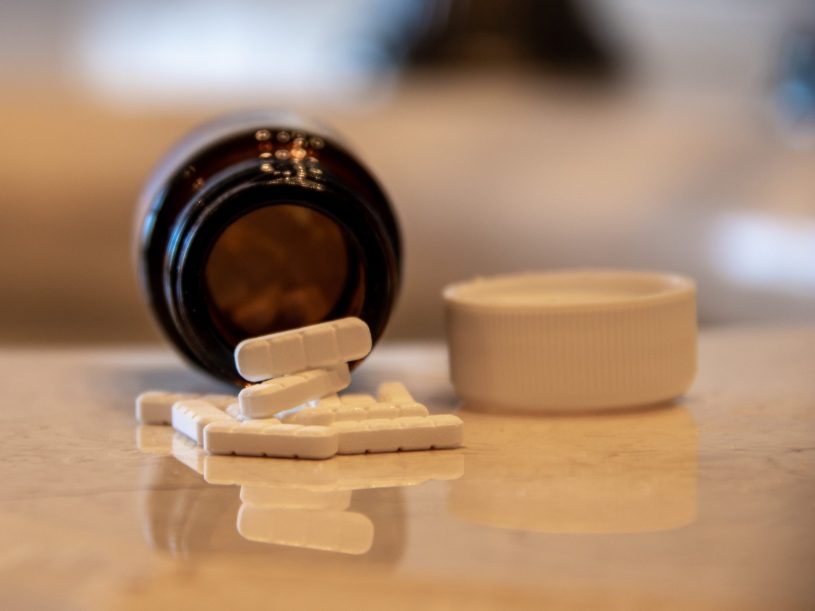 What is Rohypnol Brand and Generic Names

Rohypnol is the brand name of flunitrazepam (generic). While it is not available in pharmacies in the United States, it is sold as a prescription medication in other countries under various names.

Brand names under which the drug is sold in various countries include:

What is Rohypnol Classification & Schedule?

Rohypnol effects on the body are a major metric for how the drug is classified, and how it is viewed through a legal lens. One of such Rohypnol classifications is done by schedule, and Flunitrazepam is categorized as a Schedule IV substance. This means that it is seen as having the potential for abuse and addiction, but not as much as higher schedule drugs. It also means that the DEA acknowledges that, despite it not being cleared for medical use in the United States, there are therapeutic applications for the medication.

The drug was originally developed in the 1970s as a medication to promote sleep. Flunitrazepam sleep aid was first sold in Switzerland in 1975. The benzodiazepine spread to more than 60 countries, including the US, as it is an effective and powerful insomnia medication with fewer health risks than similar in action barbiturates present. However, as the rates of Flunitrazepam abuse in the United States skyrocketed, the drug was banned in 1997. It is not approved for medical use by the FDA at the moment.

Considering the illegal status of Flunitrazepam in the United States, and the resulting lack of government control over roofies sold there, buying it is incredibly risky. Under United States law, there are penalties incurred for possession or sale of the drug within the country.

The details for these penalties are as follows:

Flunitrazepam is still legally allowed in many countries though, especially in Europe and South America, and it is sold under different brand names in these countries.

The list of countries where Flunitrazepam is legal includes:

Rohypnol statistics paint a scary picture, but the whole truth is likely even worse. Because of how roofies act on the body, victims may not immediately know that they’ve been drugged as its symptoms are easy to mix up with drunkenness.

This can also lead victims to believe that any activities that they engaged in while drugged were consensual rather than forced. However, drugs such as Flunitrazepam can cause diminished capacity, which is a legal term that is used to describe a mental/physical state where an individual does not have the ability to consent. Dangers like these fuel the belief that the use of flunitrazepam as a date-rape drug is much higher than reported.

According to study-based Rohypnol statistics, approximately 5 percent of people reporting date rapes to the police test positive for the presence of date-rape drugs, with roofies being the biggest culprit. However, this only accounts for assaults that are both reported to the police and where the presence of date-rape drugs are tested for. The actual Rohypnol statistics for the rate of use are undoubtedly higher, given that less than one-third of all rapes are ever reported to law enforcement.

The short period of time that it takes for Flunitrazepam to remain in the system also contributes to the difficulty in reporting cases of date rape that happen as a result of the drug.

Date rape is not the only danger associated with Flunitrazepam though. Due to symptoms such as confusion and disorientation, dizziness, fainting, nausea and vomiting, impaired muscle control and psychomotor skills, tremors, and trouble breathing, it is generally risky for someone that has been drugged to function or try to engage in any activities. Driving, for instance, will be near impossible and potentially fatal. 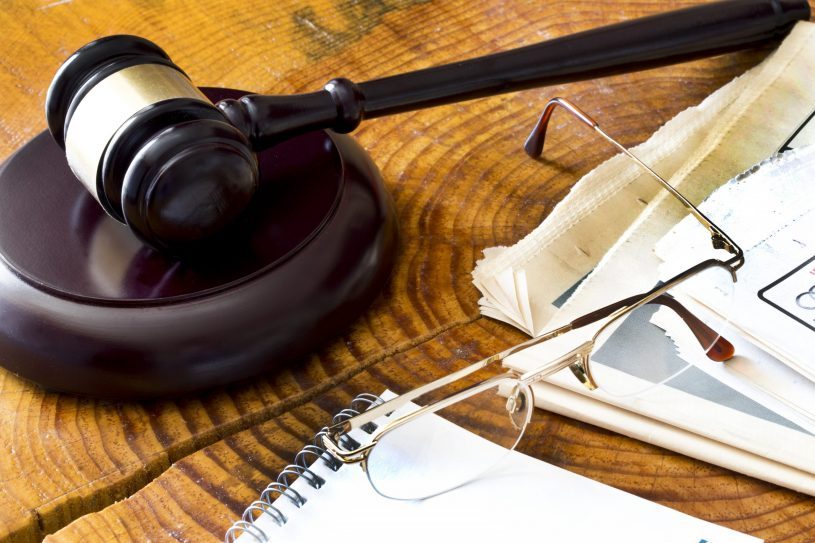 How to Guard Against Getting Roofied?

It is an unfortunate fact that people have to take steps to avoid being roofied. However, there are ways people can make it less likely to happen to them.

Some steps that can be taken include:

Thanks to technological developments, there are some more creative ways that people can protect themselves as well. For example, there is Flunitrazepam-detecting nail polish. With Rohypnol nail polish on, the user dips a finger into their drink, and if the polish changes color, it has been spiked. It is better to prevent spiking rather than do a Rohypnol test later.

Because it is a Schedule IV drug, people tend to assume that flunitrazepam is not highly addictive. However, roofies are addictive, and those who abuse them even on occasion can quickly pick up a habit. In fact, not only is the drug addictive, but research has shown that abuse can be fatal.

Flunitrazepam has a high abuse potential because it produces the same effects as other benzodiazepines, but they tend to both be stronger and last much longer. As such, anyone who is attracted to using sedatives can easily be lured into Flunitrazepam abuse.

Rohypnol addiction signs to look out for could be physical or social in the way that they manifest.

Physical signs of flunitrazepam addiction include:

Anyone exhibiting these signs is in dire need of help from a drug rehabilitation center.

When someone has been using flunitrazepam heavily or over an extended period, they can expect to experience Rohypnol withdrawal when their use stops. Withdrawal symptoms of Flunitrazepam are unpleasant and can become dangerous in certain situations.

Because these symptoms can be dangerous, anyone wanting to get clean should not attempt it alone, rather seek professional drug abuse treatment.

What is Rohypnol Withdrawal Timeline

Rohypnol withdrawal occurs in two stages, based on the intensity and duration of symptoms. Acute withdrawal happens within 3-4 days of using the drug, accompanied by anxiety symptoms that trigger cravings. Other symptoms that may come up in this phase include increased blood pressure/heart rate, sleep apnea, nausea, vomiting, weight loss,  irritability, insomnia, and seizures.

After this initial acute withdrawal phase, protracted Rohypnol withdrawal may also occur, lasting for up to two weeks. The aforementioned symptoms may persist here but at a reduced level of severity.

How to Stop Flunitrazepam Use

Suppose any signs of Rohypnol addiction are observed. In that case, a drug rehabilitation center that knows how to work with benzodiazepine users can help the person recover, stop drug use, and live a better life.

For any successful treatment process, medically-assisted detox in a certified center is a crucial first stage. It is crucial because one needs to rid the body of the toxins from Flunitrazepam before therapeutically analyzing behaviors leading to addiction and learning to live healthier and sober.

Is Rohypnol A Stimulant?

What kind of drug Flunitrazepam happens to be benzodiazepine. Also known as benzos, these drugs are used to treat conditions such as severe anxiety. Stimulants increase body functions and make a person more alert and energetic, which is the opposite of what benzos do. As such, roofies are not a stimulant.

Is Rohypnol A Depressant?

Due to how it acts on the body, it is clear that Flunitrazepam is a depressant.

If you or a loved one are struggling with Flunitrazepam abuse or addiction, it is important to reach out to a rehabilitation center close to you as soon as possible. The earlier one receives the treatment, the better the chances of recovery.