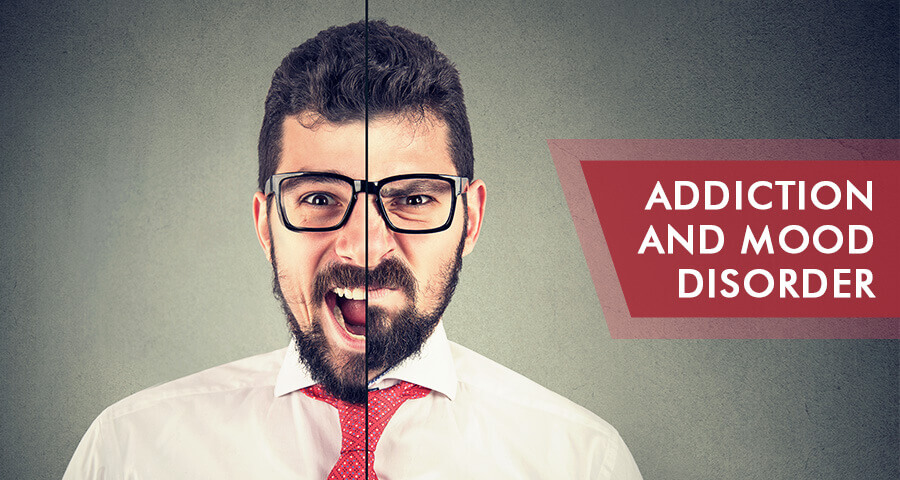 Dual Diagnosis is a term used to describe cases in which a person has problems with drug or alcohol abuse in addition to a separate diagnosis of mental illness such as anxiety, depression, or PTSD. Studies have shown that up to half of patients with mood disorders use drugs or alcohol to cope with symptoms of their illnesses.
Dual Diagnosis is the term used to describe someone who has a problem with drugs or alcohol, as well as a separate diagnosis of anxiety, depression, post-traumatic stress disorder, or another mood-related disorder. While not the same, addiction and mood disorders are heavily linked, with some studies quoting that up to half of all people who suffer from a mood disorder use drugs and/or alcohol to cope.

What Are Mood Disorders?

A mood disorder is an illness of the brain. Chemicals that usually regulate mood, memory, and other functions do not work properly. Sometimes there is too much or too little of a certain hormone, such as serotonin or norepinephrine, or sometimes those chemicals are not released at the correct time or in the correct amounts. For instance, someone with anxiety may experience high levels of certain hormones usually required during times of danger, such as adrenaline.

The following are types of mood disorders:

The following are different types of mood disorders:

While necessary during the “fight or flight” response (the rush adrenaline which allows one to run faster or fight off an attacker) about danger, adrenaline and other stress-related hormones can cause serious issues when released at inappropriate times. Patients with anxiety disorders may feel panicky, fearful, or stressed out all the time, rather than just when warranted.

Depression – Unexplained sadness or loss of interest lasting for more than two weeks and that interferes with daily function
Anxiety – Feelings of fear, panic, shortness of breath, sleeplessness, and other symptoms related to fearfulness
Post-Traumatic Stress Disorder (PTSD) – Anxiety or depression that comes about in response to experiencing a traumatic event or events. For instance, those who have suffered through war, or from severe abuse, may experience post-traumatic stress.
Bipolar Disorder (Manic Depression) – A mental disorder marked by periods of severe depression, followed by periods of mania.
Other mental disorders also exist, which may cause one or more mood disorders as a result. Certain physical conditions and chronic disorders may also cause depression as a result. Those who take medication for these conditions, especially sedatives and pain medications, may be an increased risk for drug abuse because these prescription drugs are highly addictive.

What is Drug Addiction?

Drug abuse and addiction are similar, but not the same. Legally, using any drug in a way not prescribed by a doctor or recommended by the drug manufacturer is drug abuse. So is using any illegal substance or “street drugs.” Addiction occurs when someone becomes dependent on the drug to function normally. To be classified as addicted, one must:

There are various reasons one may become a drug addict while also dealing with a mood disorder. Many mood disorders are genetic, and they are often something a person is born with. Anxiety disorders, such as obsessive-compulsive disorder, often run in families. Those who are plagued by a mood disorder may begin using drugs in an attempt to self-medicate – tactic many drug users employ to help reduce symptoms of anxiety or depression.
In other cases, the depression and drug use may be related to a physical disorder or a chronic health condition. For instance, someone with chronic pain may become depressed after dealing with their health issues. They may also be prescribed pain killers, which can lead to an addiction to prescription drugs.
Additionally, some drug users become a depression or anxious in direct correlation with their drug use. As things begin to fall apart in their professional or personal lives, depression may set in. They may feel hopeless at being able to stop using or anxious about their health or finances because of their drug use.

Symptoms of a Mood Disorder

In those with a longstanding history of mood disorders, the signs of drug use may not be immediately apparent because symptoms overlap between both disorders. Signs of drug abuse may include:

Although these symptoms are no guarantee of a drug problem, they should not be taken lightly. Whether they are part of drug addiction or a mood disorder, proper treatment is necessary to ensure a proper diagnosis and recovery.

When does drug addiction occur?

Treatment for Those with a Dual Diagnosis

Because those who have a dual diagnosis suffer from more than one condition, each illness must be treated independently. Mood disorders can be treated with medications, counseling, and self-help therapies. Drug addiction usually involves a period of detoxification, followed by intensive counseling, group therapies, and other therapies.
Due to the complicated nature of dual diagnosis conditions, an inpatient facility is always the best option. Unlike outpatient counseling, patients are monitored and supervised carefully, lowering the instance of relapse. They are also given a combination of medical as well as psychological therapies to ensure they have the proper balance. Patients are also fully monitored during detox, which can be a dangerous period for those coming off highly addictive and potentially lethal drugs.