Fentanyl is a popular opioid analgesic, which is highly addictive. People who take Fentanyl for medical reasons can quickly develop tolerance and get addicted to the drug. Obviously, it can also happen with those who want to experiment with its recreational properties. In addition, Fentanyl addiction leads to severe withdrawal symptoms and can cause death. Note that it is more potent than morphine and heroin.

How do People Abuse Fentanyl?

What is a drug? It is one of the strongest opioids that has ever existed. Doctors have prescribed the drug widely as a painkiller. As a result, this makes it an addictive pain medication that a lot of people use. It can be found in different forms:

That might sound harmless, but the truth is that the drug is very potent and it doesn’t matter how it was used: by Fentanyl patches or lollipops. What is more, this opiate has a rapid onset of action, which contributes to its powerful properties. Although the magic characteristics of Fentanyl make the drug an appealing product, dangerous is an understatement. It’s because this drug is more powerful than morphine or heroin. Be that as it may, the drug is still legal.
In addition, the drug has a short duration of effect. Consequently, it makes people go back to the drug over and over again when the pain and withdrawal reappear. In fact, since its first discovery and synthesis in the 60s, it has caused more harm than pain relief.

Why do People Abuse Fentanyl Patches?

As mentioned above, Fentanyl patches are a popular way of administration. Originally, they designed the patches with a gel that contains a certain amount of the drug. However, due to leaky patches, they substituted these patches with ones without the gel. People who have become addicted to the drug and abuse the patches might:

Oral abuse of Fentanyl is not only addictive, but it’s highly toxic. Also, remember that a small difference in the administered dose can be fatal. Note that injecting it is also very dangerous: overdose and death are common among addicts. Therefore, more and more organizations try to raise awareness regarding the dangers of the drug. 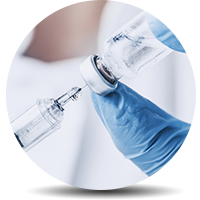 It is a powerful analgesic. Usually, doctors prescribe the drug to people who have some tolerance to opiates due to their highly addictive properties. People who use the drug can easily develop tolerance and become addicted to the drug only after a try. This is a very sad fact.

Even if a health professional prescribes Fentanyl, remember that the drug can cause addiction and death. According to data, it killed over 1000 people in the U.S. only between 2005 and 2007.

Because they mainly use the drug within medical environments, the setting exposes many health specialists to the risk of addiction. The curiosity killed the cat, right? Sadly enough, anesthesiologists are at a high risk of developing an addiction. This is according to the American Association of Nurse Anesthetists Journal. Unfortunately, it comes with devastating withdrawal symptoms. Some of the common withdrawal symptoms are:

Many users without any history of abuse and without any attempt to try the recreational value of the drug reveal the addictive properties of Fentanyl.

Not surprisingly, doctors do not usually prescribe the drug to teenagers. This is because young people might decide to experiment and use it for more than just pain relief. Therefore, maTherefore, make sure that medications are hidden from children and the close relatives won’t be able to abuse them in any way.

Distributing Fentanyl On The Streets

Fentanyl can be found not only within medical settings but in the streets as well. There are different street names of the drug that are popular among users. China White and Dance Fever are only a couple of them.
Some people abuse Fentanyl due to its recreational values. At the same time, other users say the drug is “the psychedelic of all opiates.” People report some euphoric experience and some “bliss.” Of course, many individuals admit that like other opiates, it causes sedation and relaxation.

It should be noted that Fentanyl abuse causes different side effects and may be extremely dangerous for health.

This as a consequence, can be dangerous for the user and the people around them. Common side effects are:

When one combines it with other drugs, it can be lethal.

Dealers often sell the medicine after mixing it with heroin. Unfortunately, this mixture can cause coma and death.

Therefore, if one can’t resist the urge of getting high on the drug, do not mix it with any other substances. Of course, make sure about buying the only pure products. Also, one should learn more about the metabolism of Fentanyl.

Getting Treatment for Fentanyl Addiction

Fentanyl is a scary drug, mainly because it’s widely available and lots of people abuse it. There are different addiction treatment programs. Bearing in mind that going cold turkey can be dangerous. Detox and psychological support are crucial. Sometimes, doctors will use other medications such as methadone as a substitute. In conclusion, the drug is very addictive, getting clean and staying sober is possible with a drug rehabilitation.