Salvia Divinorum plant is one of the naturally occurring plants indigenous to Mexico. Salvia drug was first discovered in 1939 by Jean Basset Johnson. However, what sets the Salvia plant apart from thousands of other naturally occurring plants in the region are its unique psychoactive properties. The hallucinogenic properties of the Salvia plant make people largely question Salvia side effects and the risks associated with this substance. These include mood, vision, and body sensation changes. More specifically, individuals can also experience uncontrolled laughter, slurred speech, feel anxious, and feel like their sense of time is altered. Further in this article, S. Divinorum’s origin and history, uses, effects, and potential for abuse and addiction will be discussed. There will also be resources and information about treatment for dependency on or addiction to the substance and recovery for individuals who need help.

Salvia has been used for a long time by the Mazatec Indians for the treatment of various illnesses and conditions, however, its hallucinogenic properties have made the substance popular in current times as a recreational drug.

What Is S. Divinorum?

S. Divinorum, as a drug, is a hallucinogenic plant that produces a wide range of psychedelic effects. In fact, Salvinorin A that is responsible for notorious mind-altering effects has been deemed the most potent of all naturally occurring hallucinogens. Currently, the Drug Enforcement Authority in the US considers S. Divinorum to be a “drug of concern” and has been monitoring reports of Salvia abuse – assessing whether it should be declared as a controlled substance due to its potential for abuse. Even with this, though, it is not currently regulated by the federal government and is not listed under the Controlled Substances Act (CSA). The substance itself and its active component, however, are controlled to some degree by 37 states in the United States (as per 2010 data).

Divinorum is a common and popular plant that mainly grows in the Tropical Montane Cloud Forests in the Sierra Mazateca of Oaxaca, Mexico. Occurring in damp, moist, and shady areas, this unique plant has some distinctive psychedelic and psychoactive effects when consumed in any way. In the regions where the plant is found naturally, it can grow up to a meter tall. The most accepted S. Divinorum description is a long, slender, slightly squared stem that is hollow from the inside, with bright green and large leaves when healthy. The plant also occasionally grows some white flowers that sport beautiful, purple calyxes on the inside. 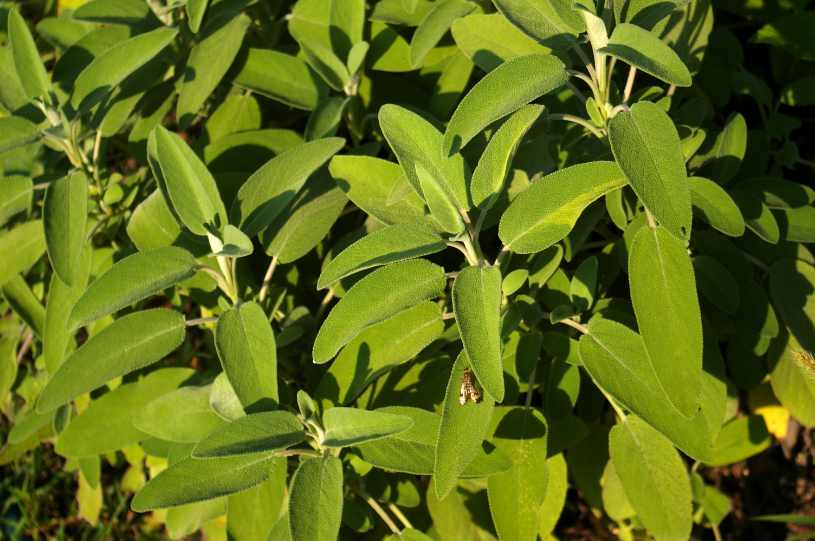 Brief History Of Salvia Use

The native shamans of the Sierra Mazateca have been using different types of S. Divinorum plants to provoke characteristic hallucinogenic euphoria effects. The usage of the plant has been linked to religious experiences, meditation, and spiritual and physical healing.

For centuries, S. Divinorum has been used both for religious and medical purposes. However, in 2019, an analogue of its active component called Salvinorin A or SA (a diterpene with potent hallucinogenic properties and short-lasting effects) has been discovered. This analogue has the ability to reduce inflammation and induce analgesia that lasts relatively longer. And on top of that, it leaves out the hallucinatory component of the Salvia drug itself. While using small amounts of the plant for the treatment of illnesses including inflammatory conditions is not something new to the Mazatecan people as they have traditionally used it for therapeutic purposes, this discovery has furthered the research on the drug’s medical potential as an analgesic and anti-inflammatory drug.

A naturally occurring plant, Salvia Divinorum is traditionally used for its analgesic and anti-inflammatory properties. Before we discuss the potential therapeutic uses of Salvia, it is important to note that the majority of studies on the drug’s effect on the brain were conducted in rodents, so it cannot be said for sure whether its effects will be the same in humans.

To start, one research that focused on the drug’s analgesic effects investigated its effects in inflammatory and neuropathic rats, and found that it induced anti-algesic effects. This suggests that S. Divinorum may be effective when it comes to disabling health problems caused by long-term pain. Meanwhile, another study conducted in mice concluded that Salvia’s active component, the diterpene Salvinorin A or SA for short, reduces inflammation-induced hypermotility. It was found that inflammation enhanced SA’s potency in reducing motility in the mice’s inflamed gut.

Salvinorin A (SA) is believed to be the most potent natural hallucinogenic drug, and a biochemist and neuroscientist studying the drug’s effect on human consciousness discovered that the diterpene seemed to have absolute specificity for the site of opioid receptors on the brain. A professor from the University of Iowa that specialized in the chemistry of medicinal and natural products also says that Salvinorin A modulates said receptors, meaning that it has the potential of treating stimulant abuse.

To put it simply, the bottom line of these findings is that SA, a potent kappa opioid agonist at kappa opioid receptors, may be a novel psychotherapeutic compound that can help with diseases such as bipolar disorder, dementia, and schizophrenia – diseases manifested by human perceptual distortions.

Is It Safe: Salvia Dangers And Warnings

Divinorum has been used for a long time by the Mazatec Indians for the treatment of various illnesses and conditions, divination, and spiritual healing, among others. Its hallucinogenic properties, however, have made the substance popular in current times as a recreational drug. Its intense psychedelic effects make it appealing to both adolescents and young adults, and many of them use the drug as an alternative to lysergic acid diethylamide (LSD), a classical hallucinogen.

When it comes to the dangers that come with the use of the drug, users typically experience impaired judgment, sensory and cognitive changes as a result of intense hallucinations. In addition, the drug may also cause paranoia, fear, and panic. Scientists have also found that the use of Salvia either alone or combined with alcohol and other drugs has cardiovascular, neurologic, and gastrointestinal effects. Furthermore, using it in combination with other drugs of abuse (such as alcohol) resulted in complications and psychomotor disturbances.

It must be noted that because there is limited research on this particular drug, more studies are needed to fully assess its dangers as all of Salvia’s effects are still not known. It is also not known whether the substance has addictive properties and if there is a risk for Salvia addiction.

The problem with S. Divinorum usage among the underage population is indeed a big concern, and perhaps one of the reasons is the lack of substantial evidence that supports the presence of long-term negative health impacts as a result of Salvia abuse. Still, there is a possibility to develop, at least, a psychological addiction to the substance.

Commonly, with drugs that produce a hallucinogenic effect such as S. Divinorum, the tendency to develop an addiction is a concern. Unfortunately, due to the lack of proper research, it cannot be clearly stated if it is addictive. However, dependency is not the only risk associated with the use of magic mint. Is S. Divinorum legal? It is, and it can pose a danger for those who misuse it. As with all the hallucinogens, S. Divinorum may pose a great danger for the physical and mental health of the abuser.

Tolerance to hallucinogens such as S. Divinorum can also be developed, so it is possible that individuals who use this substance frequently may have to take higher doses or larger amounts to achieve the same effect as they had when they first started using it. And the same goes for LSD, a hallucinogen that is most often compared with S. Divinorum. Again, one cannot say for certain if the Salvia drug is addictive as there are currently not enough studies and research to prove it, but evidence suggests that some hallucinogenic drugs can be addictive.

Signs And Symptoms Of Salvia Addiction And Abuse

Since it is not clear if Salvia is addictive, one can only discuss the short- and long-term effects of S. Divinorum. S. Divinorum is a classic hallucinogen and may cause users to feel non-existent sensations, hear non-existent sounds, and see non-existent images.

Along With These, Other Short-Term Effects May Include the Following:

Long-Term Psychological Effects May Include: 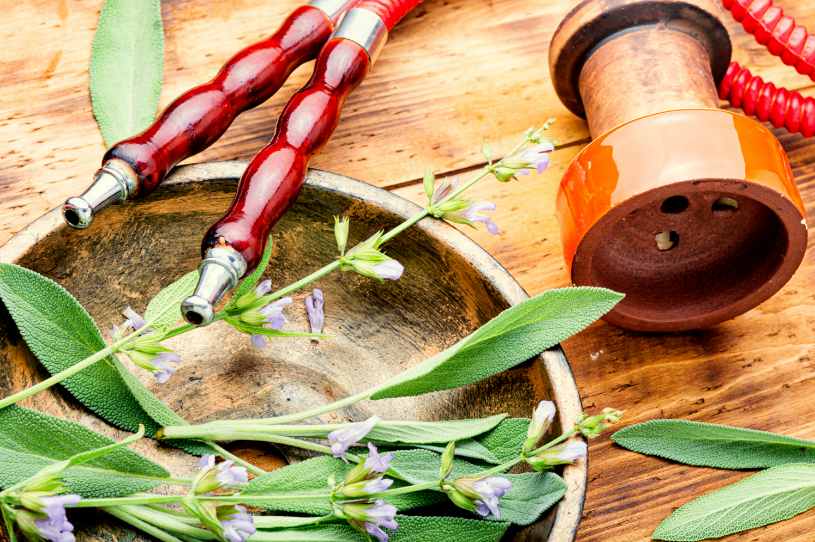 Who Is Most At Risk Of Salvia Abuse

There is no information available on who is most at risk for Salvia addiction and Salvia abuse to date, but according to Monitoring the Future’s data on substance use in teens, 2.4% of 8th to 12th graders in 2020 said they use Salvia Divinorum – 0.5% of which are 8th graders, and 1.2% and 0.7% are 10th and 12th graders, respectively. Meanwhile, according to the Substance Abuse and Mental Health Services Administration’s (SAMHSA) 2016 survey on drug use and health, 5346 individuals 12 years old and older used Salvia Divinorum. The survey also states that 5293 individuals aged 18 and above, and 3821 individuals aged 26 and above, used the Salvia plant, although it’s now known how much of them suffered from Salvia addiction or Salvia abuse. Thus the greatest number of S. Divinorum users are in the 12 to 17 years old age group, followed by the 18 years old and above age group. Salvia use seems to be more common in younger people as it is not a controlled substance and is easier for teens and young adults to get their hands on.

As soon as Salvia addiction becomes obvious, it is vital to reach out to specialists for initiating the addiction treatment process.  Though developing an addiction to the diviner’s sage has not been scientifically proven, and there is still room for research concerning the mechanism of action, one should be concerned if they find a friend or family looking where to get S. Divinorum. Also, there is a special salvia drug test to detect whether they have taken it or not. In this case, it is important that the individual seeks professional medical help. Cases of Salvia abuse and dependency should never be taken lightly and must be treated in a rehabilitation facility if needed.