Fiorinal: What Is Aspirin-Butalbital-Caffeine Capsule?

Fiorinal is a prescription medication used to treat tension headaches. While the Fiorinal drug is widely used, many people who take it do not know as much as they should about the drug. Here is what users need to know to understand better what Fiorinal is.

The Fiorinal medication goes by numerous names. The generic name for Fiorinal is just a list of its ingredients. On most prescriptions, this appears as Butalbital/Aspirin/Caffeine.
Allergan Sales LLC is the only company that manufactures brand name medication in the United States. There is one generic for Fiorinal, which also has its own branding. Its name is Lanorinal.

It is common for people to believe that Fiorinal and Fioricet are the same medication. However, when comparing Fiorinal vs. Fioricet, it is important to note that while the barbiturate is the same in both, they have different pain-relieving agents, which means they are considered different medications.

For those who have allergies, it may be important to know what is in medication beyond the active ingredients. While these ingredients are not meant to have an effect on the body, those with sensitivities and allergies could have negative reactions. The inactive ingredients in the Fiorinal drug are:

The brand name Butalbital/Aspirin/Caffeine medication is made in capsule form: one side is bright Kelly green, and the other is bright lime green. The capsules are 29mm in length and feature the imprint: FIORINAL 955. 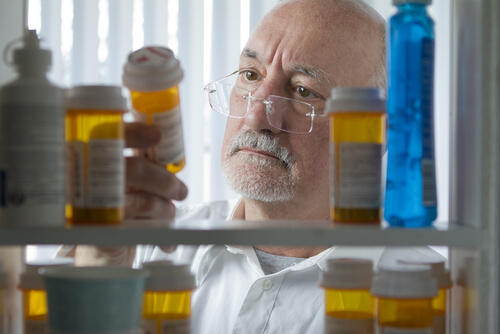 Users should know the Fiorinal drug class before taking the medication. Knowing this can help users understand how it acts on the body and what risks are associated with its use. Technically, butalbital/aspirin/caffeine is an analgesic combination, but there is more to look at than just that.

Why Is Fiorinal A Controlled Substance?

Fiorinal is a controlled substance. This means that the DEA has determined that it can be misused and abused by those taking it, and there is a risk of addiction. The medication has been classified as a Schedule III drug. This Fiorinal schedule means that the DEA considers the risks to be lower than with drugs that have a higher schedule and that there are clear therapeutic applications for the medication.

Is Fiorinal A Narcotic?

The term narcotic refers to drugs that are derived from opium in some manner, or, rarely, to opium itself. None of the ingredients in the Fiorinal is derived from opium. Thus, it would be incorrect to call it a narcotic.

Is Fiorinal An Opioid?

Opioids are drugs which mechanism of action involves acting on opioid receptors in the body. Fiorinal medication does not have any interaction with the opioid receptors. This means it cannot be classified as an opioid.

Is Fiorinal A Benzodiazepine? 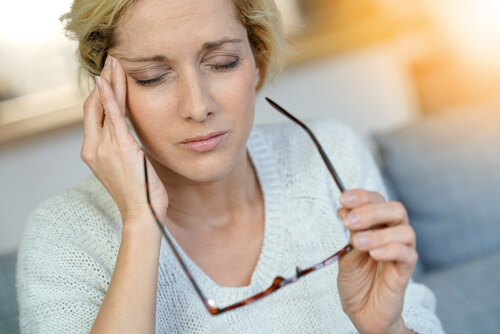 As an analgesic combination, it can address pain. However, the butalbital/aspirin/caffeine combination is meant only to address two specific types of pain.

The first, and perhaps most common use is the application of Fiorinal for migraine management. Technically, this is an off label use. When prescribed for migraines, the user is meant only to take the medication when they feel a migraine starting. The migraine medication Fiorinal is not meant for frequent or daily use.

Contraindications And Warnings For Use

Butalbital/aspirin/caffeine should not be used in patients with the following:

The medication should not be used by people who need to drive or operate heavy machinery. It is also not meant for use in infants and children and should only be used in geriatric patients with extreme caution. Those with substance abuse problems are also contraindicated for butalbital/aspirin/caffeine use.

Patients should always follow the Fiorinal dosage instructions provided to them by their doctor. While there is a standard dose, what is best for each individual patient will vary. 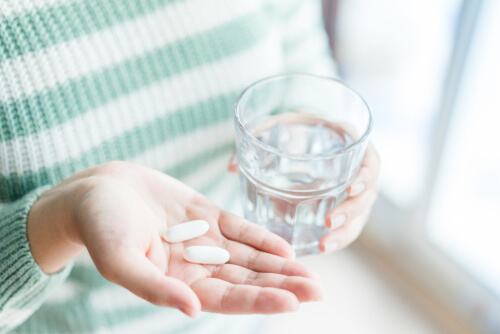 The standard adult dose is one to two Fiorinal capsules every four hours. Adults should not exceed six Fiorinal 50/325/40 capsules in a day. Anyone with renal or liver concerns should only use the medication with extreme caution under the supervision of a doctor.

Children are generally considered to be contraindicated for use. However, some doctors may feel that their pediatric patient needs the medication. There are no standard doses of butalbital-aspirin-caffeine 50 mg-325 mg-40 mg capsules for children. Users must consult with their doctor to know what dose is safe.

Patients who miss a dose should take it as soon as they realize they missed it unless it is very close to the time for their next dose. Double doses of the medication are dangerous and must be avoided.

The primary risk of butalbital/aspirin/caffeine comes from butalbital. The LD50 for butalbital is 160 mg per kilo. While lethal dose on it alone would require taking a significant amount of medication, other active ingredients, any concurrently used substances, and health conditions can make it possible to overdose on less.

With any medication, including butalbital/aspirin/caffeine, users should be aware of the risk of overdose. Patients must understand that overdoses are not always from taking too much of a drug, but also from taking it with other substances, as well as taking it when contraindicated for use.

Can one Overdose On Fiorinal?

Overdosing on Fiorinal is possible. Technically, each of the three medications that make up the drug has overdose potential. The greatest potential is from butalbital. However, it is possible to overdose on aspirin and caffeine as well. While the risk with aspirin, and especially caffeine, is much lower than with butalbital, it is still there.

Signs And Symptoms Of Overdose

The signs and symptoms of a Fiorinal overdose are as follows: 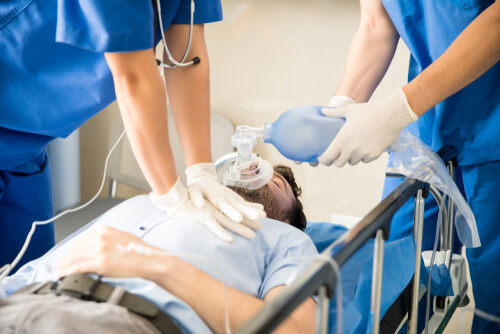 Anyone who reaches the Fiorinal overdose amount will require treatment to survive. This may include induced vomiting, gastric lavage, assisted breathing, diuresis, urine alkalinization, electrolyte balancing, and certain IV medications. In some cases, dialysis and blood transfusions may also be needed.

There are numerous side effects of Fiorinal. Many of these are uncommon or minor in effect. However, some are dangerous. The side effects below are classified by severity.

Additionally, users may be allergic to any of the active and inactive ingredients in Fiorinal. Symptoms of an allergy range from skin itchiness and rashes to anaphylactic shock. Anyone with a known allergy to the ingredients should avoid the medication.

Use of Fiorinal while pregnant is risky: all three active ingredients can be problematic for pregnant women as well as the fetuses they carry.
Potential effects of using the drug during pregnancy include: 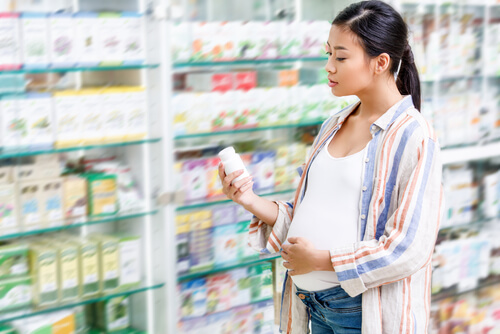 Fiorinal pregnancy category is C, meaning there are indications that it can cause problems, but there have not been enough studies to conclude the risks are both significant and greater than the potential benefits. As with pregnancy, Fiorinal while breastfeeding also poses certain health hazards. It is recommended that mothers stop taking the medication until breastfeeding is complete.

The Fiorinal interacts with numerous other drugs. There are 701 total known interactions. Some of these are:

Users should discuss all medications and supplements they are taking with their doctor before they take butalbital/aspirin/caffeine.

While the drug has clinical applications, some of the effects of the medication can make it desirable to those looking to achieve a sense of euphoria. The Fiorinal high is caused by butalbital, a barbiturate and sedative.

Butalbital inhibits GABA neurotransmitters in the brain. This depresses the central nervous system and can cause feelings of extreme relaxation and wellbeing, while also eliminating things such as feelings of anxiety and depression.

If taken as directed by a doctor, users should not experience this high. However, those who take it in higher doses or through other means of ingestion, such as snorting Fiorinal, could experience it.

It is vital that users only take the medication as directed, as high doses or incorrect administration can be deadly.

Fiorinal abuse occurs whenever someone takes the medication in a way other than as directed. This may mean:

Abuse of Fiorinal is extremely dangerous and must be avoided.

Fiorinal addiction is possible. Physically, the body can develop a tolerance to the drug, meaning that it will need more to achieve the same effects, putting the user at risk of overdose. Psychologically, the user can feel extreme dependence on the drug, believing it makes their life better or fearing that things like depression, anxiety, and pain will return if they stop abusing the drug. Anyone who feels compelled to take the drug or fears not using it should seek help for addiction.

People who abuse the medication are at risk of experiencing Fiorinal withdrawal symptoms. If the medication is stopped suddenly, withdrawal symptoms should begin within 16 hours of the last dose. Major symptoms include convulsions and delirium, while others range from smaller tremors to fluish feelings. The worst symptoms should last five days or less, but others will last for about two weeks. For the safest experience, users need to withdraw from the drug under the supervision of doctors slowly.

The butalbital/aspirin/caffeine as a medication is only available with a prescription. It can be purchased from any reputable pharmacy, both in-store and online. The established retail prices of two reputable pharmacies are as follows:

It is possible to save and have a cheap Fiorinal by using coupons from the manufacturer or others. Those with insurance coverage may be able to have the medication covered by their provider. However, because there are similar medications that are cheaper, the insurance company may request that another medication be prescribed if at all possible. If covered, the user may have to pay a percentage of the cost of the medication or just their copay.

When Fiorinal Use Becomes Dangerous

Even when use starts out innocently, the patients can become addicted to Fiorinal, making the drug dangerous. Anyone who is feeling cravings for the drug—physical or mental—needs to seek medical help, addiction treatment. No one is beyond help, and with the right drug rehab center, it is possible to get clean safely and live a better life.