Paroxetine Abuse And Addiction: What Is Paxil?

Paxil (generic: paroxetine) is one of the most frequently prescribed medications in the United States. While Paxil medication is meant to treat depression, that does not tell the whole story. So what is Paxil? Here is what users should know.

Paroxetine was first introduced to the United States market in 1992. Since then, it has become one of the most widely prescribed medications in the U.S. Paxil other names it goes by include the trade names Aropax, Brisdelle, Deroxat, Pexeva, Paxtine, Sereupin, Daparox, and Seroxat. It is also sold in its generic form as simply paroxetine.
The Paxil drug was developed to treat the major depressive disorder. As such, the Paxil class is antidepressant, specifically selective serotonin reuptake inhibitor or SSRI for short. Daily paroxetine dosage ranges from 50 mg at the high end to 10 mg at the low end.

Medication paroxetine is used in many different ways. While its FDA approved uses are limited, Paxil uses do not limit for sleep disorders and other conditions as well. Additionally, paroxetine is sometimes used recreationally, but it is illegal and dangerous.

Paroxetine is approved for use in treating the following conditions:

While paroxetine is not FDA-approved for treating these conditions, some doctors will prescribe it to correct or alleviate the following problems:

However, the recreational use of this medication is considered an abuse and may cause health and legal consequences.

Most people who use it in this manner first used it because it was prescribed to them, but after experiencing the high of the drug, began to use it outside of therapeutic purposes.

Paroxetine is the 64th most commonly prescribed medication in the United States. The height of its popularity came in 2006 when nearly 17 million prescriptions for the drug were written each year. Currently, that number has fallen to around 12 million. 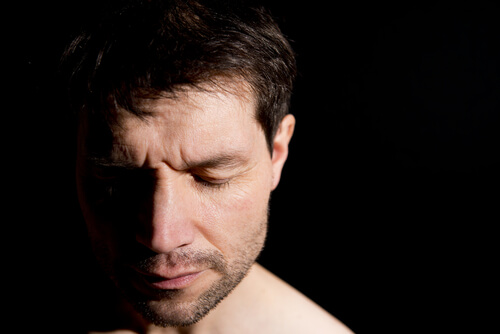 While paroxetine is considered safe, its use comes with a significant number of side effects. Approximately 20 percent of all users will experience at least one notable side effect. Additionally, it is more closely associated with suicidal thoughts and actions than many other antidepressants.

With that said, the drug is considered overall to be a success. Over 72 percent of patients using paroxetine see improvement. Still, many would say that further research is needed.

Who Is at Risk of Paxil Abuse?

Specific populations are more likely to engage in abuse of the drug than others. These include:

Ultimately, while not everyone is at risk of becoming addicted to the medication, it is impossible to screen for the risk perfectly. Thus every user should exercise caution when discussing the medication choice with a doctor. For some patients, in Paxil vs. Celexa choice, the latter would be a better fit.

According to manufacturers, paroxetine is not addictive. However, this assertion is hotly debated. Many argue that even if addiction is not the correct term, paroxetine is habit-forming. Certainly, this is true when the medication is taken in an abusive manner, but also those considering it as prescribed indicate the presence of dependence.

Physical addiction to paroxetine may present differently than what society is taught to expect. A user may not have intense cravings for the drug, but they may feel an absolute emptiness once they get past the half-life of Paxil but cannot take another dose yet. How long does it take for Paxil to get out of the system? Well, it depends. However, once the body notices a lack of the drug, there can be a crash that results in things such as sluggishness, nervousness, and sleeplessness. However, the physical side of addiction to paroxetine is not considered as significant as the mental side.

Because paroxetine is meant to treat mental disorders, it is understandable that the risk of psychological addiction would be higher. Since the medication alleviates symptoms that can be devastating to the user, they may fear to stop use, crave the drug when they get to a certain point past their last dose or consider taking more than prescribed in the hopes that it will better treat them. It is easy for a user to feel like their life will be terrible without paroxetine in it. 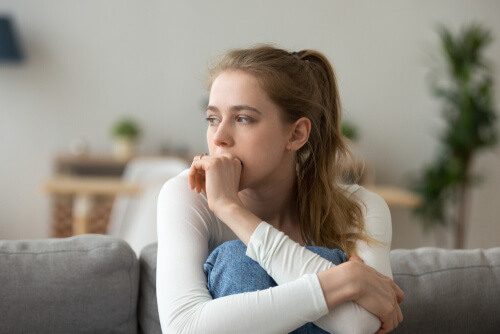 The results of paroxetine abuse are wide-ranging and will vary from user to user. In some cases, these may be as minor as Paxil nightmares. In others, they can be as severe as an overdose on Paxil. However, anyone who abuses the drug can expect to experience adverse effects.

The physical effects of paroxetine abuse include:

The mental side effects of paroxetine abuse include:

While manufacturers and doctors tout Paxil benefits, many are raising a concern about the risks.
In some cases, they have taken the matter to court. Nearly 500 lawsuits have been filed regarding the medication, covering everything from undisclosed side effects to the manufacturers manipulating studies to downplay the risk of suicide. While many of the cases are ongoing or settled out of court, it is estimated that GlaxoSmithKline, the company that makes paroxetine, has paid out over $400 million in compensation.

Paxil Use in Addiction Treatment

While paroxetine itself can be addictive, it is also used in the treatment of other addictions. Because drug addiction is often fueled by underlying behavior disorders, treating conditions such as depression or anxiety can make it easier for someone to get clean and enter into recovery. However, there are also Paxil interactions with other medications used in the treatment of addiction that should be considered; not to mention that there is the risk that the user may end up replacing one habit with another. 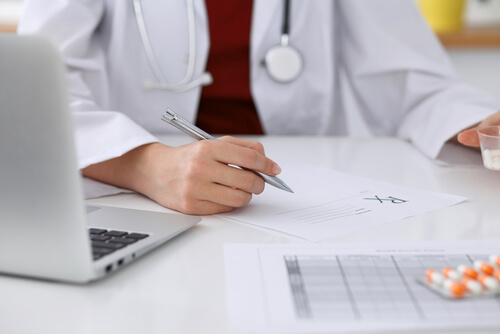 Treating paroxetine addiction is not only possible but necessary. The prospect can be scary for users, especially if they feel the drug is benefiting them in some way, such as weight loss. However, the potential adverse effects of ongoing abuse are far worse, especially when combined with other substances, for example, Paroxetine and alcohol are a very dangerous mix. Does Paxil cause weight gain? In short – yes, but it is not the worst adverse reaction to this drug.

Treatment is available through drug rehabilitation centers across the United States. There, trained professionals can help users detox from paroxetine and get clean safely.

Paroxetine abuse can cause significant problems, up to and including death. Anyone who is misusing the drug for its high should seek help before it is too late.