There are standard dosages for the administration of Paxil, also called Paroxetine, Brisdelle, Paxil CR or Pexeva. On a single daily dosage, Paroxetine 20mg can be administered as an initial dose. Paxil doses can be taken with or without meals at various times of the day, especially in the morning. Paxil dosing for multiple forms of disorders such as depression, anxiety, and other can range from 20mg to 50 mg daily.
Patients may react differently to Paxil dosages. A Paxil 20mg may have a delayed effect depending on the individual. Such patient may benefit more from a Paxil 10mg increment on a weekly or biweekly basis.

Forms And Strengths Of Paroxetin

Paxil generic dosages come in tablets, capsules, and suspensions. The lowest dose of Paxil is 7.5mg, which comes in capsules. Paroxetine doses for tablets include 10mg, 20mg, 30mg, and 40mg. Higher doses require a combination of these variants.
Paxil dosage for extended-release includes 12.5mg, 25mg, and 37.5mg while oral suspension dose starts at 10mg/5ml.

The use of Paxil by particular special population may lead to complications and must be monitored to ensure the benefit of drug use.

Infants with early exposure in the first trimester to Paxil dose were shown to have high risks of cardiovascular malformations among all other congenital abnormalities. Neonates in the third trimester may develop respiratory complications and would require extensive clinical examinations and treatment as well as respiratory support to survive if exposed to as much as paroxetine HCl 10mg. In most cases, patients on Paxil starting dose are advised to discontinue if pregnant or have intentions to get pregnant.

Paxil CR dosage can be adjusted to 12.5mg per day as initial dose in adults. Paroxetine dosage must not exceed 50mg per day.

Significant considerations should go into the use of paroxetine 20mg tablets and above when the patient has been diagnosed with renal impairments. Brisdelle 7.5mg requires no modifications. Medications may be adjusted to paroxetine 10mg tab per day and monitored for clinical responses. This, of course, depends on the level of renal impairment. Dosages may be increased to Paroxetine 20mg tablet per day. However, doses must not exceed 40mg per day for Pexeva immediate release. 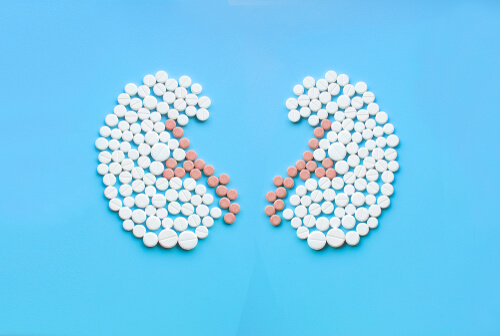 Paxil dosage strengths vary with the individual and underlying medical conditions. To understand the efficacy of the drug and how much Paxil is too much one must fully comprehend the concept of dosages as it relates to the age group.

The maximum dose of Paxil for neonates is undetermined as the smallest dose can be extremely harmful.

There is no benchmark as to what is considered a high dose of Paxil for infants. All doses are harmful.

A safe dosage for ages 1 to 6 is undetermined. However, off-label trials of doses from paroxetine HCl 20mg to as high as 50mg/day have been conducted on children of ages 7 to 12 and have proved successful for anxiety disorders.

Paxil for depression in adults is known for its efficacy. The drug mechanism often determines dosage. The immediate-release dosage for an adult is 60mg per day maximum while controlled release has a maximum dosage of 75mg/day.

Immediate release dosages are 40mg/day at maximum, while controlled release can take up to 50mg/day

What If One Missed A Dose Of Paxil?

There is always a possibility of forgetting one’s medications; one may begin to feel sure signs, especially if the treatment was Paxil for anxiety dosage. In any case, one can take the missed dosage immediately if the time range between the next dosage and the present is still reasonably wide. A better option for close range time differences is to simply wait for the upcoming schedule and take the regular dosage recommended.

Can you overdose on Paxil? There is a need to know what amount of drug that measures as paroxetine overdose. A report debunks the lethality of Paxil overdose, emphasizing that the paroxetine drug can be relatively safe in situations of an overdose in comparison to other antidepressant categories such as TCAs. However, the lethal dose LD50 for Paroxetine is 500 mg/kg. 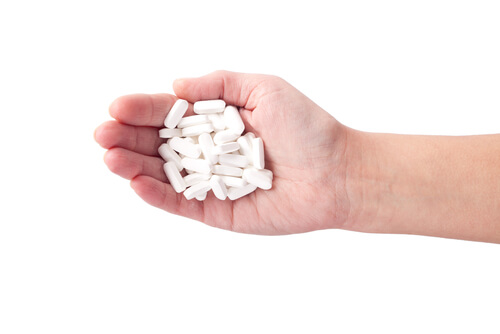 Side effects of an overdose may include vomiting, sedation, seizures, nausea, dizziness, tremors, and others.

While it is unsafe to take doses that are higher than recommended, death from either short or long-term side effects of Paxil is rare and only occurs as a result of ingesting multiple drug types.

Patients may have certain hypersensitivities to paroxetine, depending on health status and individual body type. For this reason, there are a few precautions to take.

The sudden discontinuation of paroxetine or any other SSRI can present with a kind of withdrawal symptom. The safest option is a tapering regimen, a reduction in dosage by a decreasing paroxetine 10mg per day until treatment is completely stopped.

Seizures have occurred in cases of paroxetine overdose, and the full extent of this occurrence is yet undetermined in clinical studies.

Continuous use of paroxetine as well as other SSRIs may increase bleeding significantly. The combined use of Paxil with anticoagulants, aspirin, and a non-steroidal anti-inflammatory may also increase bleeding risks leading to life-threatening hemorrhages.

Children below 18 with the case of social anxiety disorder and other psychiatric disorders may develop suicidal tendencies when medicated with paroxetine 40 mg. The drug is not approved for the treatment of children under the age of 18 due to its conclusive inefficacy. The risk of suicide dramatically increases in children with cases of chronic depression. Growth inhibition is also a possibility even though the paroxetine half-life is 21 to 24 hours. Paxil weight loss has also been observed in adolescents under the medication.

High irritability and restlessness are characteristic of SSRIs, including paroxetine. This usually occurs during the first week of treatment. It is strongly advised to discontinue the therapy if subjective distress occurs.

Pexeva can be administered as single doses in the morning with or without meals. The drug comes in solid and liquid formulations ingested orally. The SSRI is effective for OCD, PTSD, GAD, all forms of mental disorder in adults and even used off-label for adolescents. The drug has proven harmful to neonates and should not be used during pregnancy. The highest single dose (immediate release) is Paroxetine HCl 40 mg, which can be increased using smaller dosages such as 10mg, 20mg, and 30mg.

Pexeva may interact negatively with other drugs such as aspirin, caffeine, codeine, hydrocodone, tramadol, amphetamines, and others. There are other alternatives to Paroxetine; a popular comparison is Paxil vs. Zoloft for patients who react negatively to the drug.

In case the patient starts to increase the daily doses without a prescription, this might be an alarming sign that addiction treatment is required. One of the safest options to end the drug abuse is to get help at one of the rehabilitation centers across the US.