Mirtazapine: What Is Remeron? Is It Addictive?

Remeron is a prescription medication. Generically known as mirtazapine, it is a tetracyclic antidepressant. Despite numerous Americans using the drug, many people do not understand Remeron’s benefits and risks.

Mirtazapine (Remeron) is a drug primarily used to treat depression. The Remeron drug class is antidepressant, or more specifically, a tetracyclic antidepressant. In addition to treating depression, doctors also prescribe mirtazapine for sleep, anxiety, PTDS, and OCD. However, these are not FDA-approved uses.

Mirtazapine is only meant to be used in adult patients. Pediatric patients should not be prescribed the drug, and use with geriatric patients must be done with caution.

Anyone who has an allergy should verify the inactive ingredients in their medication every time they refill their prescription. There is always the risk that the formula will change or that a new version of the medication has been given.

Remeron, the mirtazapine brand name drug, is manufactured by Merck and Organon USA. It has been on the market since 1997. Companies currently approved for manufacturing generic versions of the medication include: 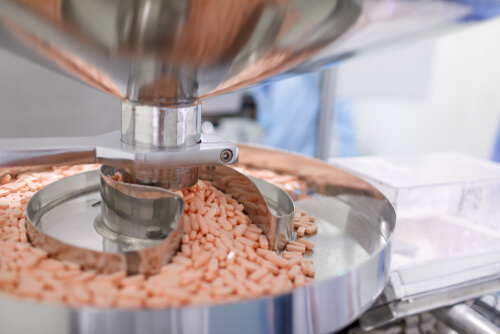 In most cases, the generic version of the medication is called by its active ingredient: mirtazapine. However, sometimes mirtazapine generic names vary. They can include:

Casually, these may be referred to with the brand name. For example, Remeron Soltab. However, these are not official names.

The Remeron med is not officially considered to have any notable abuse potential. However, Remeron abuse still occurs. In most cases, this is because people assume that since it treats depression, it must have mood-boosting effects that are similar to a high. Despite this, it is not known to easily produce a sense of euphoria. The mirtazapine benefits with treating depression are not the same as those that cause people to get high. The mirtazapine high is not easy to achieve, if possible, to feel at all.

In addition to not delivering the effects people might hope for, abusing the depression medication Remeron is dangerous. People chasing a high will take greater doses of the medication in an attempt to feel something, and this puts them at risk of overdose. There is also an increased risk of mirtazapine interactions with medications and other substances.

This brings up the question of if Remeron addiction exists. The answer can vary based on how a person looks at the concept of addiction.

According to the medical community, mirtazapine is not addictive. However, the body can become dependent on it, and stopping the medication suddenly might result in Remeron withdrawal. There is also the concern of psychological addiction. It is possible for users to feel afraid to stop using mirtazapine or even to crave it.

How Long Does Mirtazapine Stay In One’s System?

Another concern for anyone using the drug is the Remeron half-life. While this is generally spoken about in terms of passing drug tests, it is also critical to know when stopping the medication or to avoid interactions between substances. However, understanding the half-life of Remeron is more complicated than one might think.

Many users may be worried about mirtazapine showing up on a drug test as this could expose abuse or the medical condition it is meant to treat. However, having Remeron in the system should not show up on a drug screening unless it is specifically designed to detect the drug. It is also not known to cause false-positive results. 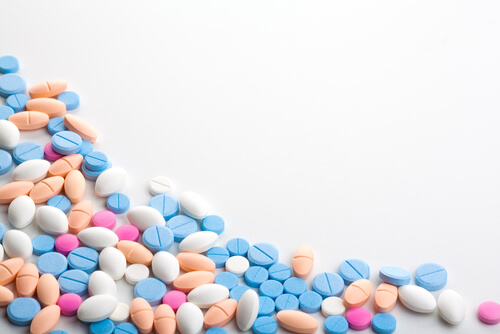 What Are Mirtazapine Alternatives?

If someone is worried that mirtazapine is not right for them, they can look into Remeron alternatives. In general, alternate drugs are not inherently better or worse than Remeron. With that said, a patient might find certain mirtazapine alternatives to be better than the drug or not.

Trazodone is an antidepressant that works by modulating serotonin, while mirtazapine is a tetracyclic antidepressant, meaning it enhances monoamine neurotransmission. Both work for the treatment of depression and sleep disorders, but mirtazapine has more off-label uses. Trazodone tends to have more side effects.

Zoloft is a selective serotonin reuptake inhibitor, making it a different type of antidepressant than Remeron. The two treat many of the same conditions, but Remeron also stimulates appetite, which means which one is better might depend on the weight and eating habits of the user.

Both of these drugs can treat anxiety but are from two different drug classes. Mirtazapine is an antidepressant, while Xanax is a benzodiazepine. When selecting between the two for anxiety treatment, it is critical to consider the potential for abuse and addiction, which is much greater with Xanax.

Lexapro is a selective serotonin reuptake inhibitor, making it a different type of antidepressant than Remeron. Overall, Lexapro has more side effects than Remeron. However, the increased appetite Remeron causes may be the reason to opt for Lexapro instead in certain patients. 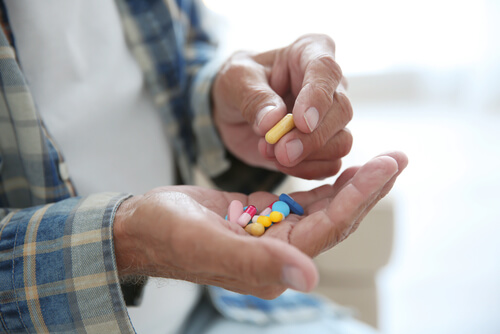 Neither Remeron or Wellbutrin belongs to common antidepressant classes, with the former being a tetracyclic and Wellbutrin being an aminoketone. Both are similarly effective, but given its numerous side effects, many will opt not to use Wellbutrin.

Prozac is a selective serotonin reuptake inhibitor, making it different from Remeron. However, Prozac is known to treat more conditions. The trade-off is that Prozac has more side effects.

Effexor is a selective serotonin and norepinephrine reuptake inhibitor, making it different from Remeron in its mechanism of action. Effexor is known to be effective in its depression treatment. However, it had many side effects, including sexual ones, which stops many users from taking it.

Ambien is a sedative hypnotic that is known to help people with insomnia sleep. Ultimately, Remeron and Ambien are equally effective at treating insomnia but are used in different ways. Ambien is meant to address it in the short term and should not be taken for more than a few weeks. Remeron, however, can be used over the long term.

Patients should never switch medications without first consulting with a doctor. Prescription medications should only be obtained with a valid prescription. If someone feels the need to change their current medicine, they should speak with a doctor.

The Remeron cost can vary depending on where a person lives and how the manufacturer chooses to set their prices for a given quarter. Below is a comparison chart showing what a supply of the medication may cost.

Getting Help With Remeron Misuse

Remeron is a medication with legitimate therapeutic applications, but that does not stop people from abusing it. If someone is misusing the medication or considering it, they should seek help. Drug rehab centers offer the therapies needed for people to reframe their thinking and stop their abuse. Treatment for substance abuse is not easy, both mentally and physically. However, with the right help, it worth the resultant sober future.