With the increasingly popular decriminalization of cannabis use and widespread acceptance of medical marijuana, more people have become familiar with the distinct strains of cannabis. Therefore most people have heard of the Indica vs. Sativa and the difference between Indica and Sativa as concerning their psychoactive effects. The effects marijuana has on the body are determined not only by the strain of cannabis but also by the user’s biological makeup, previous drug use, tolerance, concurrent drug use, and so on. Let’s take a look at several popular strains of cannabis, their individual effects on the body, and how to deal with cannabis-related substance abuse.

Difference Between Indica and Sativa

Most people believe there is a difference between Indica and Sativa with regards to the effects they produce when used. Indica is said to produce a calming feeling of a depressant, similar to a sedative. In contrast, Sativas are energizing and make people more sociable. However, some experts argue that the distinction between Indica vs. Sativa is merely commercial, and the effects of a particular strain of cannabis depend on its chemical, not its botanical classification. Aside from these two popular types, there are actually quite many other strains of cannabis that are commonly consumed.

Several factors determine how each particular person is affected by cannabis. They Include:

Marijuana contains over 120 active components, most of which are known as cannabinoids and terpenes. Currently, we have a poor understanding of what each cannabinoid or terpene does in the human body, but the effects of two cannabinoids, in particular, have been more extensively studied:

The first description of what is believed to be Cannabis Indica was credited to Jean-Baptiste Lamarck in 1785. Later on, Richard Evans Schultes described the herb as conical, relatively short and stout, and densely branched. According to the description by Loran C. Anderson, the leaves of cannabis Indica are short and broad. The plant is native to Afghanistan, India, Pakistan, and Turkey and most likely originated from India’s Hindu Kush mountain range. It is well-suited for cultivation in temperate climates due to the similar weather in those areas.

The plants rarely exceed 6 feet in height. They are distinguished by their short flowering cycles and fat leaves. 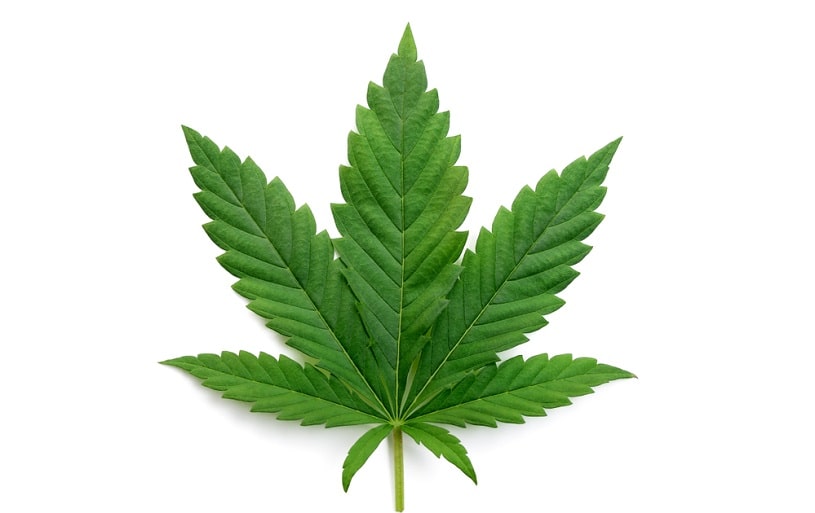 The relative level of cannabinoids in a particular strain of cannabis determines its effects. Indicas typically have much higher CBD levels than THC and produce a calming effect, which is why it is usually consumed at night. The active components of the herb (various cannabinoids and terpenes) have been extracted and used to treat chronic pain, nausea, and vomiting due to chemotherapy, appetite stimulants, and so on.

These include blueberry marijuana, fat banana, G 13 marijuana, royal cookies, and Girl Scout cookies marijuana. The short, branchy bushes bloom in 8-9 weeks. They release a biscuit aroma, hence the name, and are characterized by a sweet, pleasant flavor. However, this strain is also known for its heavy physical effects. It is also a favorite for marijuana tea.

This strain was classified by Swedish botanist Carl Linnaeus in 1753. The word means “cultivated” in Latin. Originally cultivated in countries near the equator, these plants like hotter climates with a lot of sunshine and longer daylight hours.

Cannabis Sativa plants usually grow to an average of 10 feet. However, they can exceed 20 feet. The buds of cannabis Sativa are bigger, looser, and less dense than those of the Indica. They have long, thin leaves and take longer than Indica to grow, but they generate huge yields when they do. The buds are airy and light. 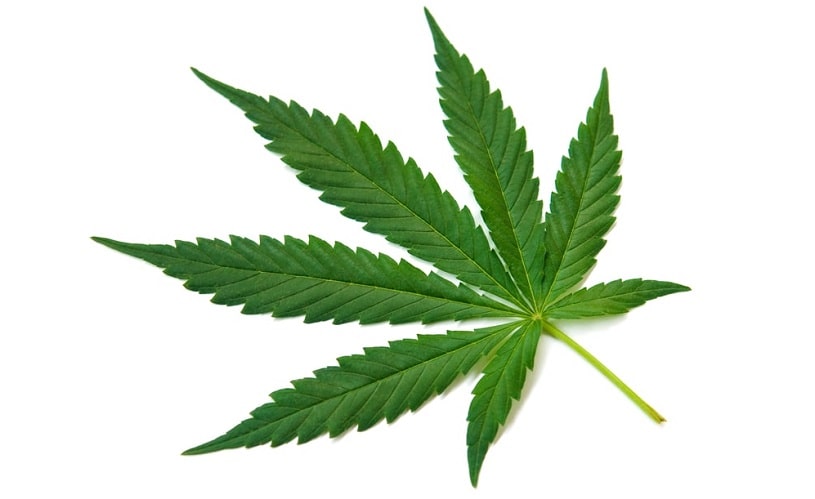 Many users prefer to use Sativas because of their mood-relieving and energizing effects. Many praise its ability to relieve depression and relieve pain. When it comes to Sativa vs. Indica, the former is commonly associated with improved mental focus, clarity, and creativity. It has been said to enhance productivity and countering fatigue during the day. The main difference is that Sativas are better suited for daytime use due to their energizing effect.

Popular strains include Sour Diesel (Sativa-dominant), a fast-acting compound that smells like diesel fuel and has an earthy flavor, lemon haze (lemon slice flavor), and green crack. Besides, some strains are widely used in production of marijuana edibles.

Ruderalis originated from Russia. Originally classified by the Russian botanist D.E. Janischevsky in 1924, its name comes from the word “ruderal,” a description of a species in the plant world that grows despite human intervention and can adapt to extreme weather and dramatic climate changes. The botanist noticed that the appearance of this species differed from those of both Sativa and Indica. It grew up to a maximum of two feet and had a wild, unkempt shape without branches.

A 2004 study analyzing 157 different cannabis samples of all types and geographical origins substantiated Janischevsky’s findings. The study found six of the plants weren’t related to any other known varieties. The researchers concluded that these were ruderalis plants.

Cannabis ruderalis is the smallest of all weed varieties, rarely growing over 2 feet. Plants have little branching and thin, slightly fibrous stems. The foliage is usually open with large leaves. However, this variety matures much faster than other species, rarely for more than six weeks from seeding. 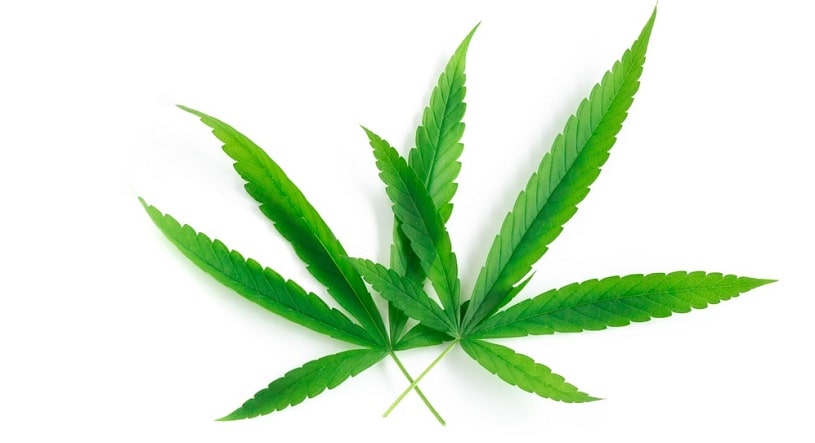 One of the little-known facts about cannabis of this variety is that its short life cycle and stability make it versatile and attractive to breeders who want to benefit from its auto-flowering trait. On the downside, its effects are minimized by its inherently low THC concentrations, thus lowering the risks of marijuana side effects.

Pure ruderalis may not be popular, but many of its hybrids are. The two most prominent are Royal Dwarf and Royal Haze Automatic. They are both Sativa-dominant. The former is a compact strain with tight buds, which looks like a bonsai to some extent. It has a deeply relaxing, uplifting effect.

Hybrid varieties are bred by pollinating a female cannabis plant with male pollen. This can occur naturally, but the intentional creation of hybrids typically entails selective breeding in a controlled environment.

Auto-flowering cannabis varieties have the benefit of being discreet due to their small stature. They also have the extra of not relying on a change in the photoperiod to determine the flowering time and require shorter growing periods. As hybrids contain a mix of Sativa and Indica, they can take on physical characteristics from both strain families depending on their lineage.

A hemp strain guide can prove indispensable to find a hybrid that works best for one’s specific pain. Balanced hybrid marijuana use entails a 50/50 combination of both families. Some hybrids can be excellent for stimulating appetite, improving mood, or stimulating creativity.

A combination of hybrids from multiple locations worldwide has produced a line of “Haze” hemp strain names. These varieties are grown mostly for the medicinal hemp market. They consist partly of ruderalis strains, which don’t taste very well and are lower in THC, due to which recreational hemp users don’t appreciate them very much. 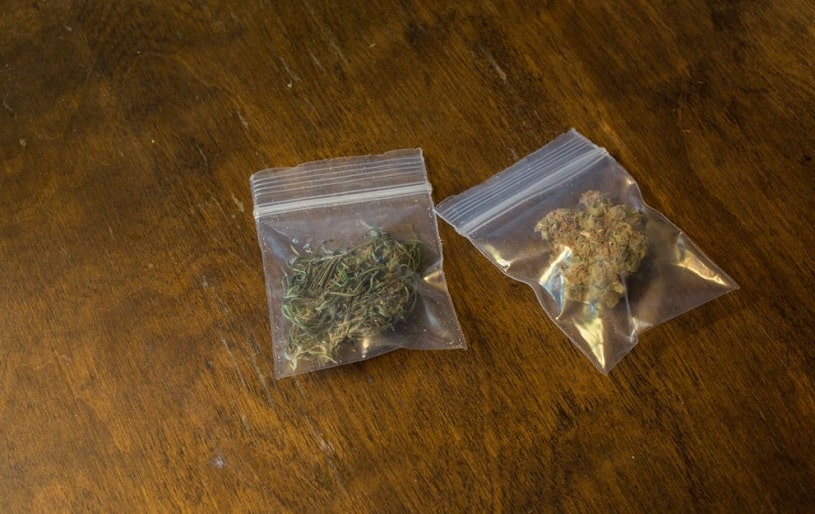 One of the early auto-flowering hybrids that sustained the flowering behavior of the ruderalis strain was Lowryder. It also had relatively high amounts of THC and CBD.

Blue Dream hemp is a popular hybrid strain widely used for both recreational and medical purposes, which was first developed in 2003. Charlotte’s Web hemp is a low-tetrahydrocannabinol (THC), high-cannabidiol (CBD) weed extract marketed in the US as a dietary supplement under federal law. The Stanley brothers in Colorado produce it.

Apart from blue hemp and Charlotte, other popular strains include Acapulco Gold, a golden-leafed strain hailing from southwest Mexico’s Acapulco area, and Bedrocan, a medicinal hemp variety grown from a mostly Sativa strain in Holland.

Bedrocan has a standardized content of THC and CBD. It is being cultivated by Bedrocan Canada, Bedrocan Nederland, and the Bedrocan Czech Republic. It was first introduced around 15 years ago and is dispensed through pharmacies. Of course, one needs a medical cannabis card from a doctor to obtain this popular variety. All these pale compared to Gorilla Glue, one potent variety that is likely to result in marijuana hangover if consumed too much.

How to Deal With Hemp Substance Abuse

The Indica and Sativa strain is said to have different psychoactive effects when consumed. The ratio of CBD and THC can explain the difference between Sativa and Indica. Indicas produce a calming and sedating effect because it has a higher ratio of CBD to THC. Sativa produces a more energetic experience, with a stronger hallucinogenic effect.

Concerning medical use, patients with a history of substance abuse and individuals in controlled environments are prone to abusing this drug. A qualified professional will employ a wide variety of substance abuse treatment methods and ease the patient’s withdrawal symptoms.

A well-thought-out treatment plan should be developed when misuse is detected, including an aftercare plan. Inpatient addiction rehab can play a pivotal role in the outcome in more severe cases. In light of the specific dangers drug abuse can bring, especially in the case of comorbid disorders, a treatment facility should be able to offer 24/7 support, which inpatient or residential rehab centers do. Suicidal thoughts are a red flag among depressed patients, and these need to be addressed with priority when reported.