Millions of people use antihistamine drugs daily to manage allergy symptoms. Antihistamines can also be used on an as-needed basis for sudden allergy issues and sleep. Despite the antihistamine benefits, people need to know what the possible risks of their use might be.

When people are suffering from chronic allergies or a sudden allergic reaction, the first type of medication they tend to go for are antihistamines. These medications are sold over the counter, are highly affordable, and are easy for nearly anyone to access. With that said, most people who use them do not fully understand what they are.
The best starting point is a simple antihistamine definition. They are medications—either with one active agent or in combination formulas—that block the effects of histamines in the body.

Histamines are a chemical produced by the immune system that “see” allergy triggers in the body and “attack” them to remove them from the body. It is the immune system response triggered by these histamines that produce allergy symptoms.

What does antihistamine do to stop this? It blocks histamine receptors, preventing the unpleasant allergy symptoms the user wishes to get rid of.
Antihistamine classification is generally broken down in one of two ways. The first is by H1 and H2 blockers—essentially the type of histamine receptor blocked. The second is by their sedative level—mild, moderate, or severe. Because of their sedative properties, not all patients can use these drugs. For these individuals, they will need to weigh antihistamine vs. decongestant use.
These medications can come in many forms. There are oral, injectable, and topical antihistamines. While most of these are sold over the counter, save for the injectable forms, people should still consult with their doctor before taking such a medication.

The Potential for Antihistamine Abuse

Allergy medications seem harmless to most. However, their sedative effects mean that there is the potential of antihistamine abuse. Both users and their loved ones need to be aware of this risk.
While antihistamine products can produce sedative effects when taken at the suggested dosage, people abusing these medications generally take significantly more. These can be anywhere from three times to suggested dose to 12 times what is recommended depending on the specific drug chosen. People may also combine medications with other substances to potentiate the symptoms of each.
It is easy for users to assume that antihistamine meds are safe to use to get high since they are sold over the counter. However, they can still cause adverse effects and even death when misused. Users should know antihistamine overdose symptoms and seek help in stopping their abuse of the medications. 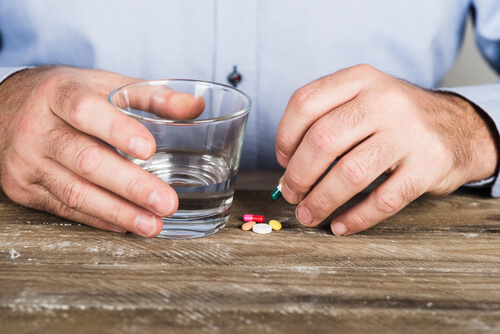 People can get high off antihistamines, though a euphoric effect is generally not felt at standard doses. The antihistamine high is a sedative one. At first, it can feel just like typical antihistamine drowsy symptoms. The user may feel some brain fog, relaxation in the body, and an intense desire to sleep. For some people who abuse these drugs, these effects are all they seek.
For others, the goal is a more significant high, requiring highly dangerous amounts of the medication. This high can include things like feelings of warmth, comfort, and well-being as well as an inability to concentrate on problems, challenges, and other anxiety-inducing elements of life. However, the high produced simply cannot outweigh the potential effects of abusing allergy medication.

However, because these are easy for nearly anyone to access and they expectant as safe, people who are averse to abusing other substances may be open to the idea of trying to get high on allergy medication. This means that even if someone does not belong at an at-risk group, the risk is still very much present.

Taking these medicines at prescribed doses is generally—though not always—safe. Abusing these medications is not. There are long-term effects on the brain and body when someone abuses antihistamine meds.

Lasting physical effects of abuse include:

It should be noted that some substances can make these effects worse. For example, can one drinks alcohol with allergy medication? While it is okay to have a glass here and there when taking them at the right dose, mixing alcohol with antihistamine abuse makes the long-term effects much worse and increases the chance of death.
Additionally, pregnant women abusing antihistamine drugs can cause complications for their unborn child. Antihistamine and breastfeeding can also be problematic. No medication should ever be abused by pregnant or breastfeeding mothers.

Lasting mental effects of abuse include:

These psychological effects are highly concerning as they could fuel continued abuse of the medicines or even other drugs.

The social effects of abusing allergy medications are similar to those felt by people abusing any drug.

Users often place getting high above interacting with others and can harm their familial and social relationships. When getting high gets in the way of work, their reputation and financial security can suffer.

They may change social groups to be around others who abuse substances and find themselves pulled into abusing drugs that are more addictive and more dangerous. Often, the social ramifications of abuse are the hardest to cope with. 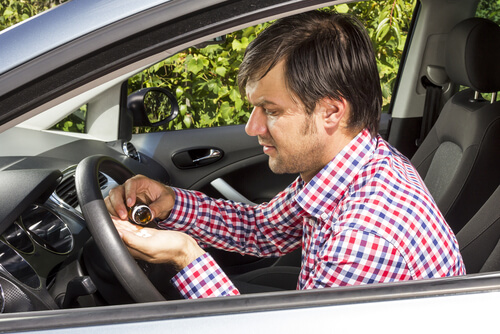 While it is clear that abuse is possible, what remains in question is if antihistamine addiction exists. There are two types of addiction to look at here: physical and mental.

Physical addiction to allergy medication is unlikely, but it is possible when taken at high doses and abused for a long period. The first step in physical addiction is antihistamine tolerance. This occurs when the body becomes used to the presence of the drugs in the body, and the effects of the medication are no longer felt at the same strength.
From there, dependence can develop. This means that the body struggles to function normally without the medication. At this point, addiction can quickly develop. Users may feel physically compelled to seek out the medication and experience antihistamine withdrawal when they do not take the drug.

However, they can be very uncomfortable. For example, allergy symptoms may return and be severe. Antihistamine withdrawal itching is also common. If someone is at the point that they are experiencing withdrawal, they should seek help immediately.

It is also possible for someone to become psychologically addicted. This can occur with or without physical addiction. In this case, the user feels mentally compelled to abuse the medications. They may fear what life will be like without them, the physical symptoms stopping use could cause, or just feel a general urge to use.

Drug rehabilitation centers across the country offer antihistamine abuse treatment. These centers can help users detox, find ways to cope with their urges, and even help them find alternatives, such as a natural antihistamine for hives, which cannot be abused.  The goal is to set up the user to be physically and mentally strong enough to resist temptation going forward and live a better life.
Getting help starts with finding the right treatment center. All this takes is a quick search online. Once the right rehab center is located, users just need to give them a call and learn how to enroll in their antihistamine abuse recovery program.