Allergies are highly prevalent. It is considered the 6th leading source of chronic diseases in the US. The annual number of Americans suffering from different allergies exceeds 50 million.
Allergens trigger the immune cells in connective tissues, also known as mast cells, to release histamines. These newly released chemicals cause the blood flow to surge toward different parts of the body leading to inflammation. Inflammation gives rise to the myriad of allergic reactions commonly experienced, such as sore eyes, rashes, runny nose, and overall discomfort, which can be relieved by the natural antihistamine.
Antihistamines, in general, inhibit the effects of histamine in the body. Prescription and over the counter antihistamine are efficient and quick, but the adverse effects compel people to look for alternatives like antihistamine natural herbs. Intake of these drugs requires precaution. For instance, taking an antihistamines alcohol mixture is a dangerous combination. Food and drinks generally do not affect the medication, but other drugs and substances can worsen its side effects.

Few studies have been conducted on the comparison between natural and pharmaceutical antihistamines in terms of effectivity. Also, it is essential to note that natural antihistamine supplements, sourced from either herbs or foods, are not created equally. Therefore, each employs different mechanisms that determine its effectiveness.

Many people wonder if Vitamin C is an antihistamine? Yes, Vitamin C is a water-soluble vitamin that provides nourishment to the body. Its potency as an antioxidant helps prevent cell damage, fight infections, and reduce allergy severity. Taking vitamin C during allergy season can prohibit sending the histamine production into overdrive. The recommended vitamin C antihistamine dosage is at least 2,000 mg in one day. Vitamin C is nontoxic and can aid in treating symptoms associated with seasonal allergies.

Bromelain, an enzyme that is naturally found in pineapples, is also available as a supplement. Numerous research studies have proven bromelain as the best natural antihistamine for allergic rhinitis as it assists in solving respiratory distress and reducing inflammation. The recommended dose is between 400 to 500 mg thrice daily.

Most natural products, like garlic, contain the antioxidant quercetin. It interferes with the histamine response of the body by inhibiting mast cells, thus pacifying asthma symptoms and inflammation.

It is available as a supplement, but quercetin-rich foods are healthier additions to an antihistamine diet.

The leaf of this natural herbal antihistamine can bring down the effects of hay fever. It has anti-inflammatory properties that can help relieve symptoms of sneezing, itchy eyes, and runny nose. The leaves are turned to an antihistamine tea to remove the hair-like barbs that can cause irritation. These barbs contain chemicals like leukotrienes, histamine, formic acid, and acetylcholine that may trigger rashes and bumps. 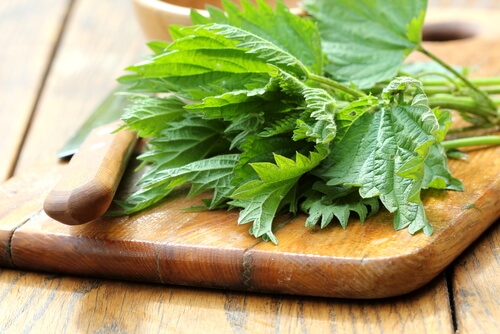 Probiotics improve the digestive system. They also help the body adjust to foreign substances introduced into the system. Having a balance of good bacteria can strengthen an individual’s immune response when exposed to common allergic triggers. Probiotic-rich drinks and supplements are widely available in the market.

One of the most useful natural antihistamine herbs is butterbur. It is rich in extracts that can cure migraines and relieve cramps, allergies, asthma, and coughing fits. Its mechanism of action remains a mystery, but it likely can block histamine and leukotrienes.

While many are choosing between decongestant vs antihistamine for allergy relief, some natural products can do both. N-Acetyl Cysteine is a natural antihistamine, but its supplement form can also help unclog the congestion that resulted from allergies, infections, or chronic illnesses.

Below is a comprehensive antihistamine food list comprising of herbs, vegetables, and fruits. All-natural foods in the list can repress inflammation and equalize mast cells. 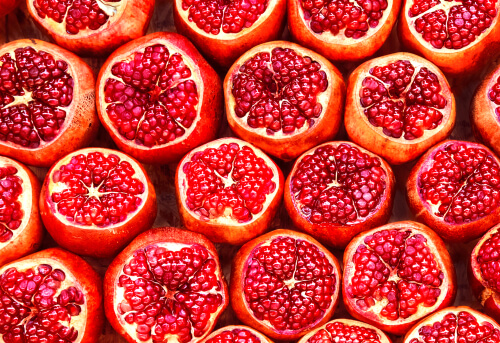 In contrast to using anti-allergy medications, regular consumption of these natural foods will not lead to an antihistamine overdose and tolerance. It is highly recommended to incorporate them into one’s diet, not only for their anti-allergy effects but also for their beneficial nutrients.

However, some of them can cause allergies as well – so make sure to check the health condition regularly.

Some people are concerned about the possibility of developing antihistamine addiction. Using natural herb antihistamine can be helpful for individuals with mild allergies and an excellent adjunct to treatments intended for more aggressive conditions. Unfortunately, for severe cases, medical interventions and other several precautions must be taken.

While many can benefit from water, salt antihistamine, and other natural foods, patients who are suffering from antihistamine anxiety, may require avoiding allergens and immunotherapy.

Avoiding allergens may sound simple and sensible, but several steps need to be taken to figure out what is causing one’s allergic reactions. Environmental interventions need to be observed. The patient has to be evaluated first and foremost. Aside from switching to antihistamine food, different environments such as house, workplace, school, are also checked. Once trigger factors are detected, intervention strategies are recommended.

Immunotherapy is the process of introducing increasing doses of an allergen to the allergic person.

The immune system can be desensitized to specific triggers that cause allergic symptoms. Initially, the patient will be tested for trigger factors.  Symptoms may decrease during the initial stages of treatment, but it may take a full year to notice a more drastic improvement. If successful, the treatment should be maintained for three to five years.

Antihistamines come in both natural and synthetic forms. While many antihistamine brand names are effective, they affect the body causing harmful effects. Some individuals take an antihistamine for sleep problems taking advantage of the drowsiness that goes with it. Due to these side effects, a lot of individuals prefer natural remedies. However, it is still essential to consult a physician before stopping antihistamine medications and switching to natural alternatives.
Note that stopping some antihistamines can cause withdrawal symptoms. In such a case a patient should consult the professional from the drug dependence treatment center. The process of allergy medication addiction treatment is not long or difficult, but the medical approach may prove useful.