Drug Overdose: All One Needs To Know About Overdosing on Drugs

Overdose definition (or OD) is an intentional or accidental consumption of illicit or prescription drugs over the amount that the body can absorb. This may happen suddenly as the drugs take effect immediately or over some period as repeated use. When an OD occurs, the drug’s side effects take on a catastrophically increased potency and can lead to a bad trip, long-term health complications or even death. Other effects may manifest if the drug was used within the recommended dosage. The symptoms vary depending on the type of drug that has been consumed, but there are ways to counteract cases of drug overdose if it’s not too late.

What is The Mechanism of Overdosing On Drugs?

Due to differing physiologies, a drug overdose might not result in the same effects in various individuals. What might be a lethal dose to someone might not have the same effect on someone else. So, an OD is not necessarily a specific quantity that applies to everyone but rather the amount that is enough to cause serious or fatal outcomes in different people.

Depressants such as alcohol, opioids, and benzodiazepines affect the central nervous system. Hence, they tend to lower body temperature and blood pressure, and they also slow down breathing and heart rate. The result of these actions on the system is usually a sedative effect that helps the user to experience a reduced amount of anxiety and a deep sense of calm. However, depressants can be dangerous when used in doses higher than recommended as the effects will be too much for the system to bear. This can lead to symptoms such as coma, respiratory failure, or even death.

Everyone has opioid receptors in various parts of the system – the central and peripheral nervous systems, the brain, and the gastrointestinal tracts. The ingestion of opioids activates these receptors and slows the body down.

Hence, an overdose on opioids may slow the body down too much up to the point where organs begin to shut down as the system fails to perform its regular functions. The severity and quickness of the appearance of opioid overdose symptoms vary according to the strength of the opioid used. 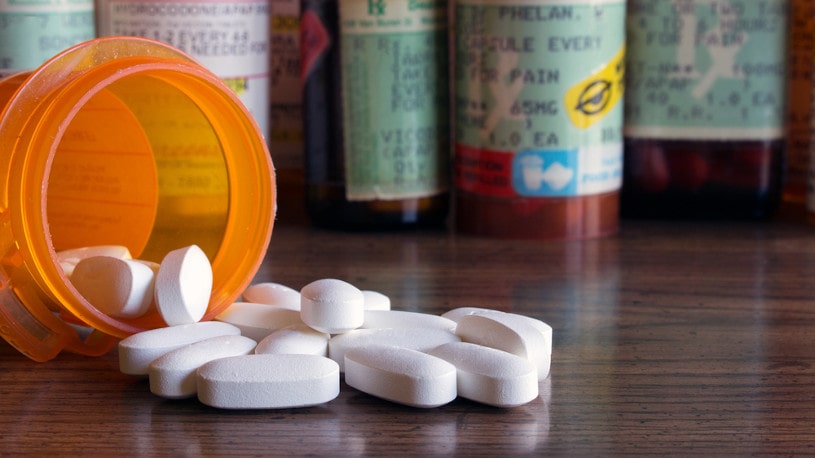 Generally, there is a limit to the amount of alcohol that the body can process at a time (one unit per hour). While long term consumption of the substance at even reduced levels takes its toll on the system, short term consumption of large amounts presents a much more dangerous proposition for the body to deal with.

Any amount of alcohol that is more than the body can process makes it hard for the system to metabolize the substance, leading to a build-up of alcohol throughout the body. This situation is known as alcohol poisoning, and some of the most common symptoms are vomiting, hypothermia, irregular breathing, and seizures. The risk and severity of these alcohol overdose symptoms can increase significantly with factors such as age and existing medical conditions.

The mechanism of action of stimulants, much like opioids, also deals with the central nervous system. However, unlike opioids, stimulants such as cocaine and meth increase blood pressure, heart rate, breathing rate, and body temperature. When one overdoses on a stimulant, it causes the respiratory system, cardiovascular system, and blood circulation to be overworked and to break down.

What are the Risk Factors?

As suggested earlier on, certain factors can affect the chances of a person overdosing on any type of drug. These Risk Factors Include: 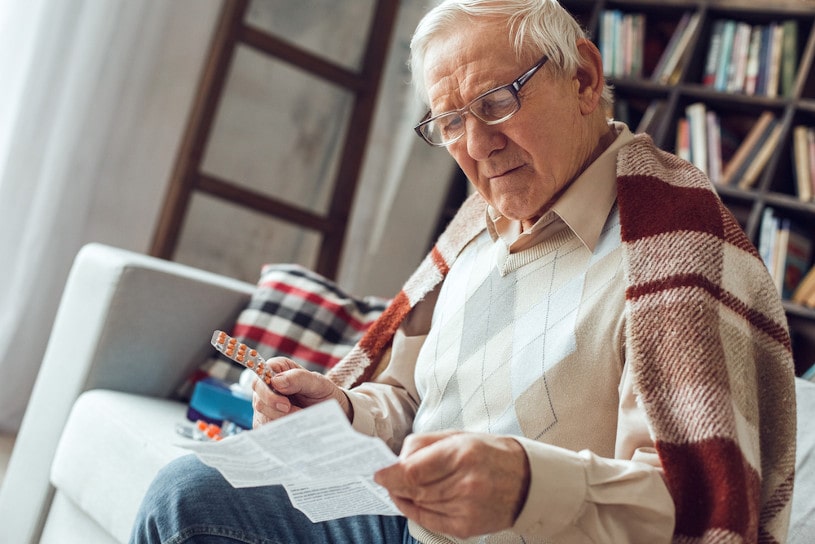 Can An Overdose Lead To Death?

Yes, a drug/substance overdose can lead to death in some cases. However, this can be prevented if the OD is not extreme, and medical attention is provided immediately. The risk of death from an accidental drug overdose is also affected by factors such as the health status of the individual, age, and the substance that has been overdosed on.

Overdose-related deaths have been a problem for a long time, and it seems to get worse every year.

Here are Some of the Alarming Statistics:

How Many Overdoses Are Caused By Prescription Drugs Compared To Illegal Drugs?

Based on Available Statistics:

What Are Possible Overdose Symptoms?

There are different OD symptoms, depending on the drug that has been used. These symptoms can also be broadly divided on whether the drug is a stimulant or a depressant:

Heroin, cocaine, and methamphetamines are some of the most common drugs related to ODs. It is important to be able to determine what drug has been overdosed on because then it would be easier to do something to reverse the effects. 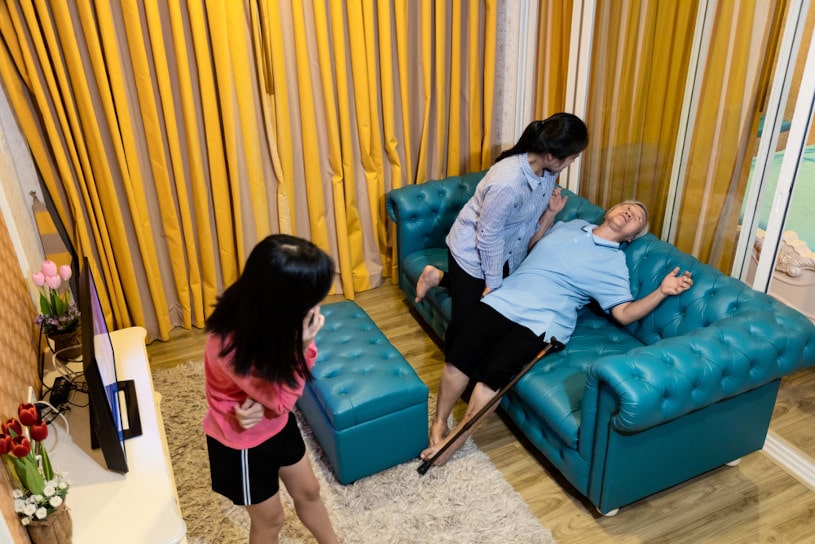 Depending on the drug, OD symptoms either speed up or slow down the central nervous system to a dangerous rate. Drugs that are stimulants will cause hyperventilation, a rapid heart rate, and even heart attack or stroke. OD symptoms in cases of polysubstance abuse are the hardest to distinguish.

Here are Some of the Specific Signs of Overdose on These Drugs:

How to Respond To A Drug/Substance Overdose 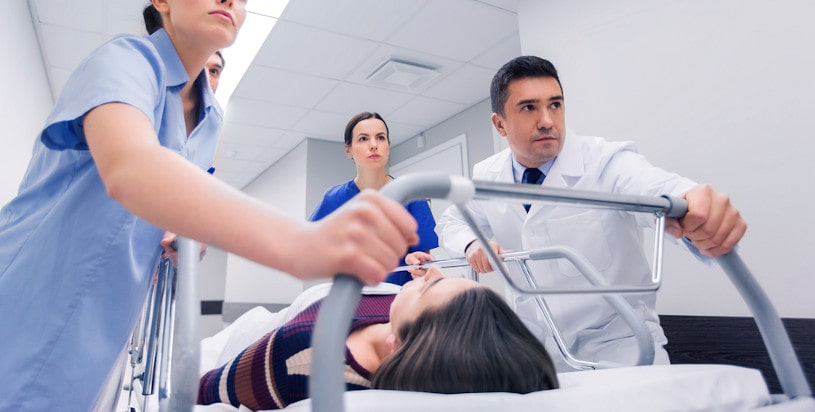 While Waiting for the Ambulance:

People respond differently to a substance OD, and as such, drug overdose treatment approaches vary on a person-by-person basis. However, there are still some fairly standard procedures such as therapy and the use of medication (in some cases) for drug overdose treatment. This will only be done after a full assessment of the situation has been conducted. The assessment will typically involve blood tests, observation, and psychological review.

Depending on the drug that has been overdosed on, there are several medications that have proved effective in reversing the effects of the overdosed drug, provided they are administered when it is not yet too late.

Other Medications That are Used in the Management/Treatment of Drug Overdose Include:

After receiving treatment, it is crucial to take a step back and review the entire situation. Identify the causes of the habit and the triggers that can cause a relapse. Next, one needs to be strong enough to admit that there is a problem that still needs a solution, and this solution can only be achieved with the right form of therapy in a rehabilitation center. Look for one that suits your needs and persist with the recovery process. In all of this, be sure to avoid the triggers and be surrounded by friends and loved ones.

Drug overdose is a lot more common than one may realize, and if more people recognized the problem, it might not be so hard to admit when one needs help. However, it is crucial to stress the fact that there is a way back from a drug overdose, and the most important thing is the willingness to seek the right form of treatment.

Help is always available to those who seek it!