Adderall and Alcohol: The Dangers of Mixing The Two

Adderall is a stimulant medicine comprised of Amphetamine and Dextroamphetamine, both of them having a long list of drug interaction issues. Before taking up this stimulant, it is vital to tell a doctor which medication the patient is previously taking. It does not only include medications but also other legal and illegal drugs to avoid any dangerous interactions as Adderall abuse rate is high.

Not only this, drastic combinations and interaction of this stimulant with other medications and drugs cause severe damages. Some of them lead to severe hospitalizations and even deaths. Therefore, it is highly important to be aware of the corresponding drug interactions and their hazardous combinations, including the combination of alcohol and Adderall or weed.

Is It Safe to Drink Alcohol on Adderall?

The combination of alcohol and Adderall reduces the effectiveness of the medication. People more often tend to use this combination out of unawareness of its tolerance to alcohol or misconception that this will increase effectiveness. A threatening effect of the combination of Adderall and alcohol results in significant impairment of the person in regard to reaction time, which may result in highly dangerous circumstances. Consuming this medication while drinking is like inviting a form of alcohol poisoning. After drinking on Adderall, the curative function of this stimulant is inhibited. 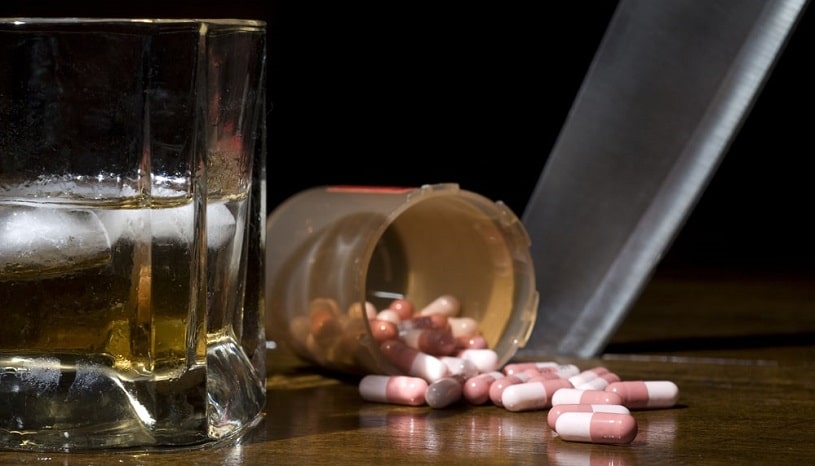 What are The Risks of Mixing Alcohol and Adderall?

Adderall is a stimulant drug that, when taken with alcohol, can cause serious outcomes. These undesirable and dangerous effects can range from heart issues to behavioral health problems.

Some of these serious outcomes of drinking on Adderall are described below.

This medicine, on its own, can cause side effects related to the heart. However, when it is taken along with drinking, these problems can increase manifold and include problems such as tachycardia, irregular heartbeat, increased blood pressure, and other issues. Myocardial infarction is also associated with the combined use of Adderall and alcohol, as shown in the study.

Combining Adderall and alcohol can cause the user to express aggressive and violent behavior, which can not only be dangerous for them but for others also.

Since this medication is a stimulant, and alcohol is a depressant, taking them together may cause the user to think that their effects are being canceled out, which may cause him to drink further. This can lead to alcohol poisoning and increase the side effects of both.

Individuals suffering from ADHD disorder may be prescribed stimulants to improve impulsive behavior and attention span. Some people may drink to suppress their symptoms of ADHD disorder. However, the combination of Adderall and alcohol in ADHD patients can cause symptoms to worsen, along with causing other side effects. Vyvanse is another ‘smoother’ drug used to treat ADHD. Consumption and effects of Vyvanse vs Adderall show Vyvanse as a lighter drug since this is an oral pill.

How Does This Medicine Interact With Caffeine?

Adderall and caffeine combination is usually taken thinking it may stimulate energy and give a boost, while in reality, it is the opposite. This medicine contains a stimulant called amphetamine that aids in increasing brain activity, and this combination makes this activity unnaturally fast, resulting in an overactive mind. However, the two stimulants combined actually do more harm than good. Drinking Adderall and caffeine is not advised. Both being stimulants have a cumulative impact leading to unpleasant side effects such as nervousness, insomnia, and anxiety, as described in the research. 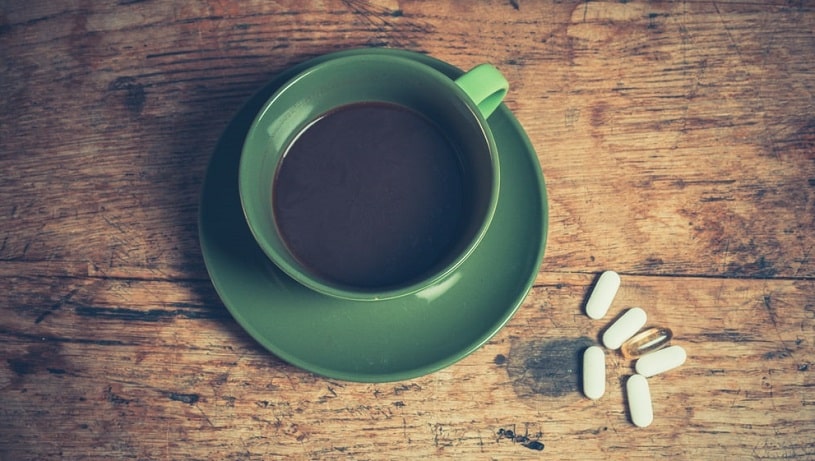 What Are Adderall and Weed Interactions?

Marijuana alone has immense adverse impacts on the body. Some individuals may take Adderall and weed together to potentiate the effect. However, this combination can also increase the adverse effects of both drugs. According to this study about the interaction of marijuana and amphetamines, various physiological and psychological effects were seen in patients taking both drugs.

The interaction of Adderall and weed, in the long run, may lead to stroke, heart attack, and weakening of the immune system.

How Does Nicotine Affect this Medicine’s Efficiency?

Smoking while taking this medicine or other stimulants may influence the usage of both. It can cause stimulant addiction causing the user to take stimulants more frequently and thus leading to poorer treatment outcomes as shown in this study. Conversely, stimulant users are also more prone to increase their nicotine intake while taking both substances. Hence, this combination should be avoided at all costs to avoid the risk.

What Are the Interactions of This Medicine With Other Drugs?

There are some other legal drugs that may not have favorable interaction with this drug, which are further discussed below.

The interaction with medicines like the following can be dangerous:

There must be at least a 14 days break between taking these medicines and amphetamine-based substance.

Stimulants and Effexor taken together can result in overdose as both are used to treat depression, and the interaction of the two may cause restlessness, anxiety, and jitteriness.

Propranolol is used to treat anxiety and combat nervousness, while this medicine is consumed to overcome fear and improve focus. Interaction of these drugs, when taken in combination, gives a cumulative focusing impact.

The interaction of these two opposite drugs may have a harmful effect. Melatonin helps restore sleep, while this medication is a stimulant. 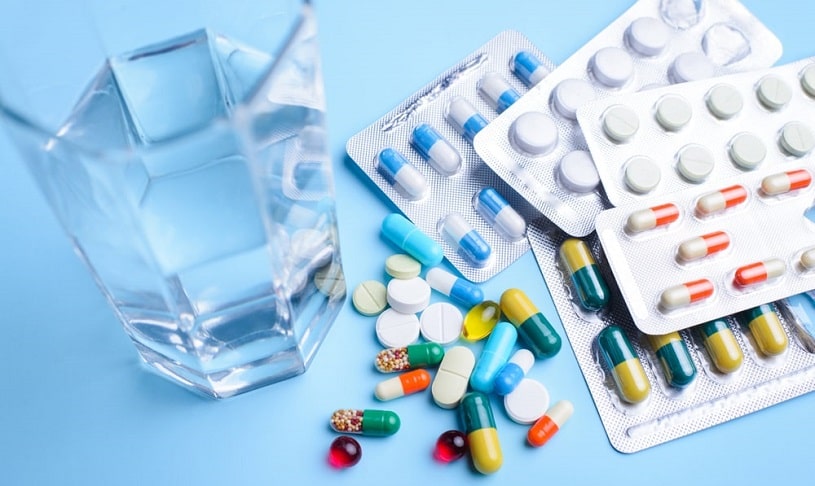 The combination of these two medications can increase heart rate and blood pressure in case of long-term use.

Viagra, when taken with this stimulant medication, can likely intensify the side effects of both drugs, including cardiovascular adverse reactions, including heart attacks and risk of stroke. Do not combine these medications unless prescribed by a medical professional.

Foods and medications that contain citric acid inhibit the absorption of Adderall in the body, making this medicine and acid a bad combination.

Avoiding Adderall Abuse and Getting Help

Abuse of any legal or illegal drug can cause severe repercussions for the user, which may even be fatal in certain cases. Similar is the case when this stimulant is combined with other drugs, and it can lead to dangerous outcomes such as heart problems, heart attack, seizures, strokes, and other fatal disorders. In case of any kind of abuse, immediate help should be sought so that the addiction can be treated to ensure long-term recovery. 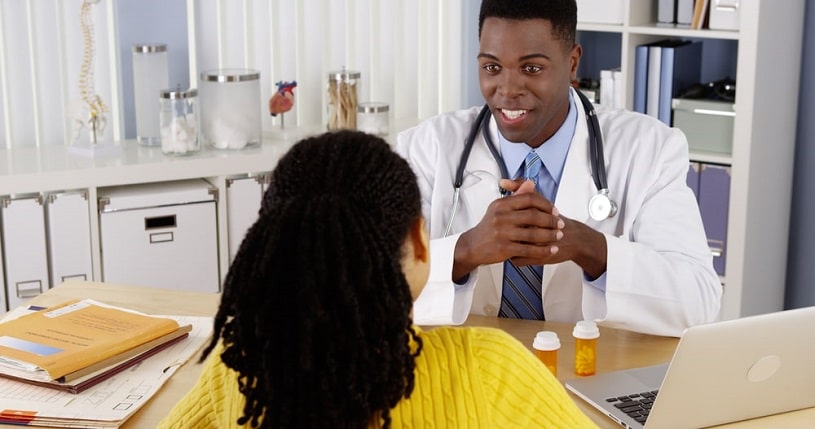 Adderall withdrawal or other drug addiction treatment is a complex process. They not only include medication but a number of interventions, including sustained long-term care and counseling that are vital to permanent relief from drug addiction. The escape from drug abuse requires willpower as the first step in combination with treatment to release oneself from the clutches of this addiction. Continued interaction with counseling and therapeutic sessions with patients guarantee long-term results and permanent treatment from addiction.

Rehab centers are one of the most efficient drug abuse therapy used for interaction with patients for escaping drug addiction after a victim is convinced to seek help. An inpatient drug rehab center is home to patients of different addictions who are monitored 24/7 by medical staff. The fact that a drug addict is surrounded by people like his own condition, experience, and story, makes it easier for the patients to stay motivated and determined. Abuse treatment helps them regain a healthy lifestyle and live a better life.