Adderall withdrawal is both an acute and prolonged process. If the patient is dependent on the drug, expect a much longer time before the withdrawal can be completed.
Withdrawal from ADHD drugs does not pose a serious risk, especially if done correctly and with supervision. Symptoms are relatively mild but may vary for different patients. They are physical and psychological in nature and may vary in intensity based on how ingrained the addiction to drugs is. Find out what Adderall withdrawal symptoms are, how long they can manifest, and the detox options to ease this process?

Why Shall One Seek How to Stop Taking Adderall?

The ingredients in Adderall are the same as in amphetamine, making it an addictive drug. When it is used for an extensive period of time, dependence on the drug can form. In this case, one faces the need to stop taking it. According to the National Institute on Drug Abuse, physical dependence symptoms are then manifested in aggression, restlessness, elevated blood pressure, and stomach problems.

Another reason to get off this drug is that a physician has decided to switch one’s medication, for example, with Vyvanse. Vyvanse and Adderall are both used to treat ADHD. In both cases, a patient faces the risk of experiencing withdrawal symptoms. 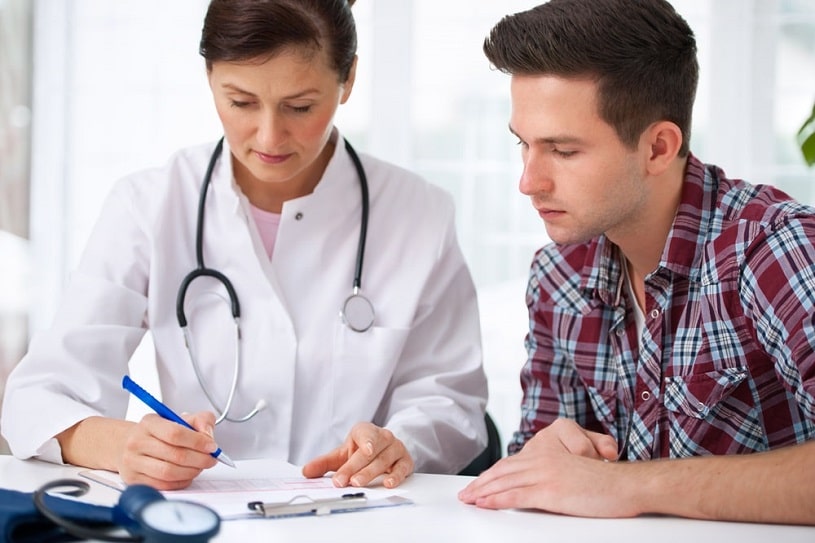 What is an Adderall Withdrawal?

Adderall withdrawals happen to people who decided to wean off the medication, and it is not an easy battle to fight. The symptoms that go with it includes physical and mental struggles that require assistance and support.

When users stop taking this drug, the dopamine levels will drop so low. The brain and body will take time to adapt to the new change. People who do not suffer from Adderall abuse symptoms are less likely to have problems when making a temporary break from the medication. This is why it is so important to follow what the prescription says. However, if one exceeds the recommended frequency and dose, certain effects will be experienced upon stopping the drug.

Oddly enough, some symptoms of Adderall withdrawal are similar to comedown symptoms.

What is Adderall Crash?

An Adderall crash or comedown occurs when the effects of the drug begin to subside. Its effects begin to wear off after six or more hours, resulting in a variety of unpleasant effects.

Because of Its Specific Effects on the Brain, a Comedown is Typified by the Following:

The stimulant causes increased release of the neurotransmitter dopamine, which accounts for the feelings of loneliness and sadness when the effects of the drug have subsided. This is a painful part of the comedown.

The Difference Between Adderall Comedown and Withdrawal

The symptoms of comedown and withdrawal are similar to those of narcotics. However, the symptoms of a comedown or crash are more acute and include rage, irritability, cognitive distortion, and the feeling of being disconnected. Adderall and anxiety are inevitably intertwined, the latter being a dominant comedown symptom.

A comedown or crash may occur six hours after taking the drug when it is still present in the body.

Unlike a crash or comedown, withdrawal starts to occur when the user (who may be addicted) abruptly stops taking it. It lasts much longer than a crash, and depression, suicidal thoughts, feelings of exhaustion, and tremors are among its symptoms. When experiencing withdrawal, Adderall is no longer in the system, so it will not show up on a drug test.

What are the Common Adderall Withdrawal Symptoms? 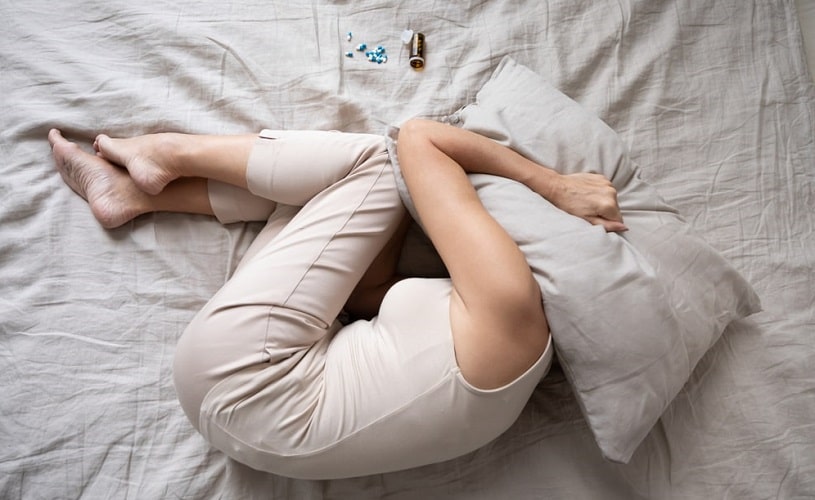 When Going Through Adderall Withdrawal One Can Suffer From the Following Symptoms:

How Long Will the Symptoms Last?

Withdrawal symptoms of Adderall usually last from a few days, or it may extend up to a few weeks. This largely depends on what type of drug the patient is using.

Below is the usual Adderall withdrawal timeline that can serve as an informative guide for people who are struggling to put an end to their addiction.

For the First 3 Days

Withdrawals can initially be associated with sluggishness and extreme hunger. Some have a hard time falling asleep, while others find it difficult to stay awake. Adderall withdrawal fatigue is also the number one complaint that makes the first three days of the process unbearable. A severe headache can make it harder to go through weakness and fatigue.

From Day Four to the First Week

The physical symptoms will begin to subside, but the psychological problems will begin to manifest. Panic attacks and extreme depression will be all the rage as recovering patients struggle to make it through the series of chemical imbalances happening to their bodies. Adderall withdrawal remedies will no longer be helpful at this point, but it is advised that individuals try to participate in counseling for emotional management. However, some people report symptoms of withdrawal begin to fade in just five days. Mood swings become tolerable.

In the Second Week

Based on the information reported, during this period, cravings are intensified. There will be a time of alternating problems with attention, fatigue, irritability, and mood swings. Though not as strong as the first crash, patients may still find all of these symptoms discomforting.

From Week Three to One Month

At this point, the body and mind have slowly adjusted. Depression and negative emotions might still be in play, but these can be addressed easily through counseling and engaging in other activities to feel happy and complete.

How to Relieve Adderall Withdrawal Symptoms?

Learning the wean off strategies from a professional helps one get re-accustomed to daily life without it and getting off while sidestepping withdrawal. So, what are the ways to stop taking it safely and comfortably? 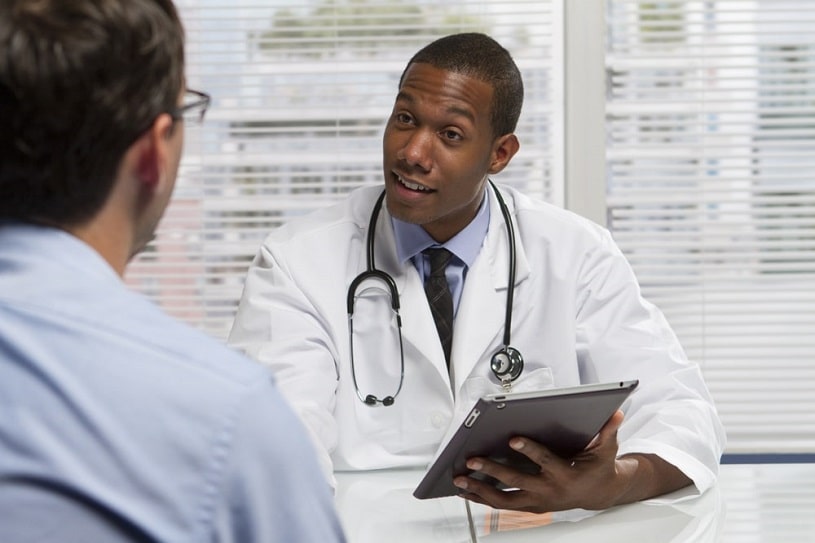 Is It Safe to Stop Adderall Cold Turkey?

Once wary of the side effects of Adderall and having recognized the many benefits of quitting this medication, some people decide to stop cold turkey instead of weaning off gradually. This method is highly recommended because one faces certain dangers and side effects of abruptly getting off it, such as depression, irritability, mood swings, fatigue, insomnia, vomiting, dissociation, panic attacks, paranoia, and some more serious ones like tremors, psychosis, seizures, suicidal thoughts, and even coma and cardiac arrest.

How to Gradually Come Down from Adderall?

Weaning off Adderall is a viable alternative to getting off it cold turkey because this method reduces the physical and psychological burden. It can take over a month until one is completely clean, during which one weans off it gradually.

The issue then is how to quit Adderall gradually. It is a lengthy process, weaning off by stepping the dose down every week until one doesn’t need the drug anymore. Typically, physicians will be in agreement on how to taper off Adderall – one should wean off it in 10 percent increments. This can mean a reduction of 5 mg per week. If one were taking 15mg per day one week, they’d be told to take only a 10mg pill a day the next to start getting off it.

Doing mild exercises and getting enough sleep during the initial stages of withdrawal can help increase energy levels. In return, this will help reduce episodes of depression. Exercises can, likewise, stimulate different organ systems to function more efficiently. Diet is also important to avoid suffering from the Adderall withdrawal crash. For instance, it is never advised to take alcohol and Adderall at the same time because both are stimulants. By being careful with food choices, aggravation of the symptoms can be avoided.

What is Adderall Detox?

Patients who wish to end amphetamine addiction should ask for help by going to holistic recovery centers or other addiction treatment facilities. The first step in the treatment program is always the detoxification process. Clinicians will monitor the status of the patient and create a plan to get rid of the substance effectively and safely. Medications may be prescribed to assist the detoxification process during the addiction treatment process. 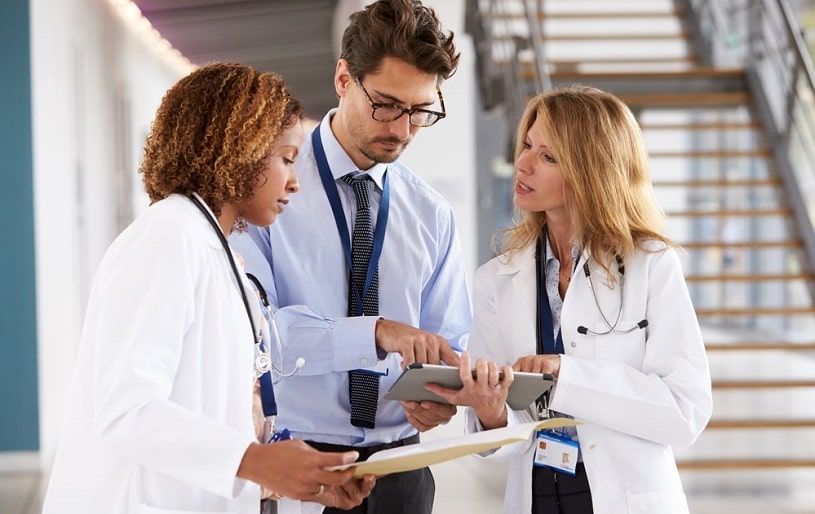 A treatment facility will provide guarded assistance for 24 hours. Anti-anxiety and mood stabilizers can be given to the patient to reduce suicidal intentions and manage depression. Sleep aids are also provided to manage sleep disturbances that come with withdrawals.

Detox programs are just the starting point. Once it is completed, the patient will go to a more comprehensive treatment approach under the supervision of a qualified doctor.

How to Cope with the Effects of Quitting Adderall?

After stimulant use, it is recommended to contact a physician or a treatment center and go for check-ups regularly as one weans themselves off the drug. Counseling and group support meetings will help. Also drinking lots of water, getting enough sleep, and eating healthy food will be helpful.

Some former users have reported success with meditating, doing yoga, or taking up a mindfulness practice when faced with the dilemma of how to counteract long-term effects after getting off it. After coming off Adderall, one should do regular exercise to speed up their metabolism, boost serotonin levels, and enhance overall health.

With the availability of competent medical care, there is no need to try to get off Adderall on own. A substance abuse treatment specialist will provide medical supervision and give indispensable advice on how to stop taking the drug. At any rate, going about drug detoxification this way is preferable as it helps to prevent the negative reactions of the body and eliminate the drugs from the system faster.