Prozac and Alcohol: Drinking on Antidepressants

Prozac and alcohol shouldn’t mix. Fluoxetine, the medicine’s active ingredient, belongs to a class of substances called selective serotonin reuptake inhibitors (SSRIs). These substances interact with the neurotransmitters to help those who suffer from anxiety, depression, and other conditions. To control one’s symptoms, this treatment has to be respected for a long time. Ethanol is considered a brain-altering drug, so mixing Fluoxetine and alcohol can have harmful consequences.

Fluoxetine is a medication that alters the brain’s chemistry. This antidepressant maintains higher levels of serotonin in the brain by stopping its quick reabsorption. As a result, the user feels less anxious and depressed.

Similar to Prozac, alcoholic drinks can also increase the levels of feel-good neurotransmitters in the brain. That is why many people who suffer from anxiety and depression use alcoholic drinks as a coping method. Prozac causes weight gain in rare cases, leading to depression and drinking as a coping mechanism. Since both substances produce similar effects, the alcohol and fluoxetine interactions have dangerous potential. 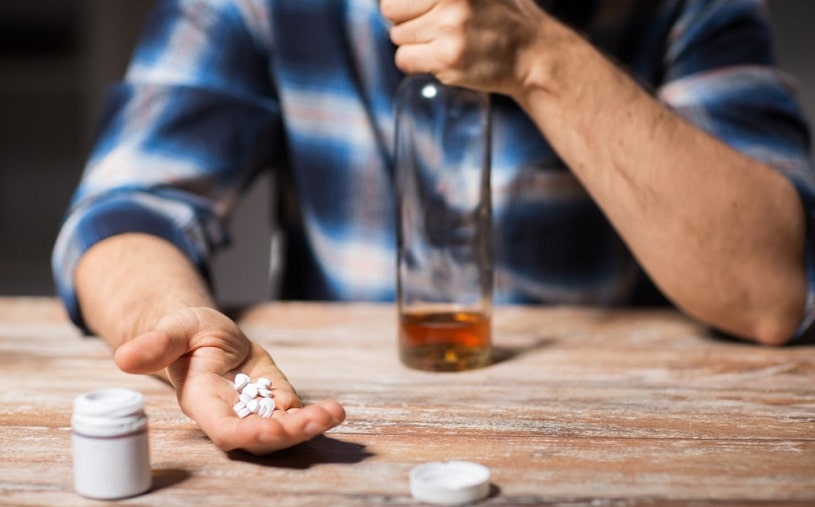 However, the interactions between liquor and SSRIs can sometimes be helpful. Since both substances affect the brain in a similar way, Fluoxetine can attenuate the alcohol cravings in some people. While that doesn’t mean one should take the antidepressant to abstain from drinking, Fluoxetine might help those suffering from alcoholism to give up liquor.

Side Effects Of Drinking On Prozac

Prozac is an antidepressant that’s designed to promote calmness and to soothe one’s anxiety. However, one of the adverse effects of using this drug is a sense of tiredness. Sometimes, the medicine can affect the user’s alertness and movement coordination, just like booze does. Since alcohol and Prozac produce similar effects, having only one drink while using the medicine can exacerbate its side effects.

Drinking on Prozac Can Lead to:

Ethanol depresses the central nervous system. As a result, an intoxicated person can experience low blood pressure and heart rate, and reduced breathing levels. Fluoxetine HCl also affects some of these functions. Moreover, a person who abuses Fluoxetine can experience an irregular heart rate, drowsiness, tremors, nausea, vomiting, and even seizures. These effects are very similar to those people experience when they drink too much and suffer from ethanol poisoning.

Does Alcohol Stop Fluoxetine From Working?

Taking Fluoxetine and alcohol is never a good idea. Not only does the booze amplify the unpleasant effects of the drug, but it can also stop it from working as it should. Ethanol consumption is a risk factor for anxiety and depression. Heavy drinkers often manifest depressive behaviors, and ethanol can prevent the medication from working to its full potential.

Drinking might lead to fatigue, anxiety, depression, and impaired judgment. That, combined with the Prozac alcohol interaction, can make one’s condition worse.

It’s important to note that one shouldn’t skip their prescribed dose of Prozac just to avoid the dangers of mixing alcohol and Fluoxetine. SSRIs are prescribed for long-term use, and missing a dose might affect the entire treatment process. The daily prescribed amount is necessary to maintain a constant level of the substance in the system and produce the desired effects. Constantly stopping and restarting the medicine can make the patient’s depression worse.

Is There A “Safe” Amount To Drink On Prozac?

So, is drinking on Prozac safe or not? Well, the short answer is no. One shouldn’t drink while taking Fluoxetine. Drinking while taking even the lowest dose of Prozac can produce unpleasant effects; thus, it is not advisable to drink until Fluoxetine is removed from the system.

Connection Between Alcohol and Depression 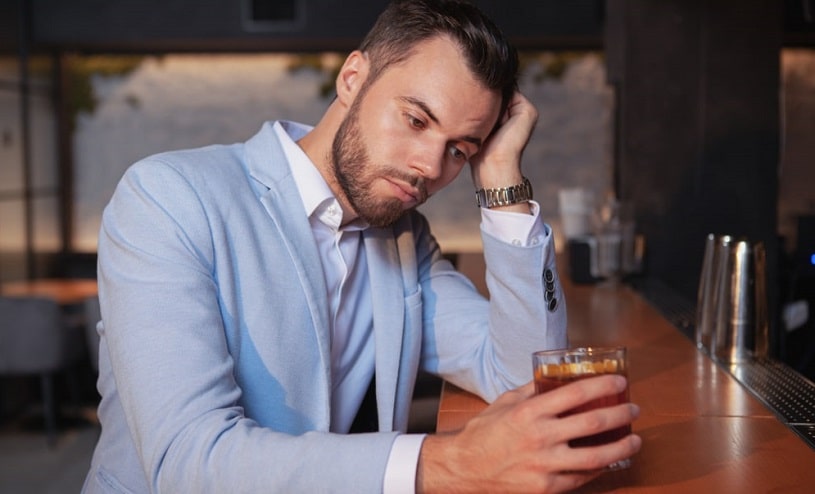 Continued drinking can lead to substance abuse, affecting performance in other spheres of life like work, relationships, and general upkeep. These reduced performances can further worsen depression.

Addiction Risk of Fluoxetine and Alcohol

Apart from the effects mentioned above, there is one more danger associated with taking these substances. Not only does it affect the health of the user, but it can also cause addiction. Addiction to liquor or Fluoxetine separately is common. However, when taking two at the same time, the addiction risk is even higher. The feeling obtained after using Prozac and alcohol is one a user can get addicted to. 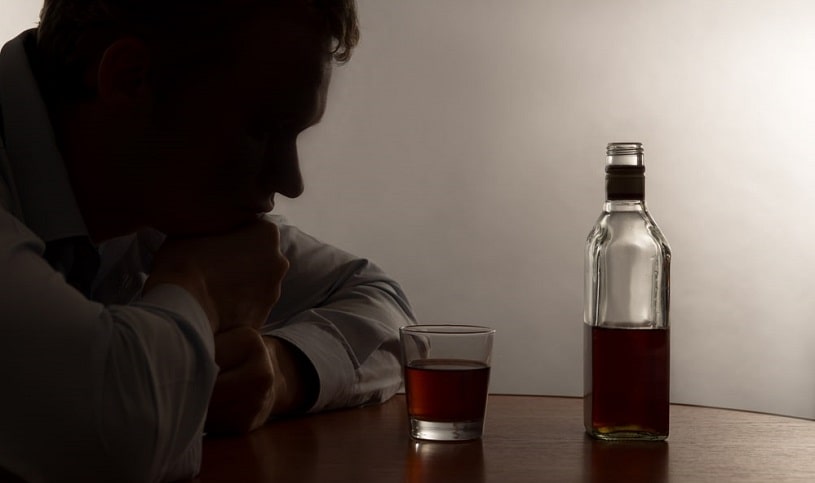 It’s essential to seek help once you feel that this is the case. The sooner you start the treatment – the more chances for recovery there are.

Ways of Treating this Addiction Include:

Consult With Physician Before Drinking

One should consult a physician to see if they’re allowed to have a drink once in a while. Since Fluoxetine is prescribed for long-term use, a doctor might agree to allow you to have an occasional drink, depending on the health conditions, alcoholism history, and other medications one needs to take. However, one shall be prepared that Prozac withdrawal symptoms will be more severe if the drug was consumed with alcoholic beverages.

Prozac and alcohol shouldn’t mix. Booze might interact with how antidepressants work in the body, which can make depression seem worse. Specialized rehab and addiction centers can help to treat alcohol and Prozac addiction using advanced therapy methods.