Amitriptyline Withdrawal and How Long Does Elavil Stay in Your System

When someone starts taking Amitriptyline, the brain and the central nervous system (CNS) adjust to its effects. In other words, the body may develop a dependence on Elavil, which normally is a result of long-term use

In the brain, there are two hormones that are responsible for regulating mood and communication between nerves: norepinephrine and serotonin. When the levels of these two are low, depressive symptoms occur because there is an imbalance of these chemicals or hormones. This is the reason why Elavil is used to manage these symptoms. Similar to other TCAs, this antidepressant increases and balances the levels of these two hormones. But, how does this happen? Amitriptyline inhibits the reuptake of norepinephrine and serotonin by the presynaptic neuronal membrane in the central nervous system, thereby increasing the synaptic concentrations of these two.

Aside from its antidepressant properties, Amitriptyline modulates the histamine system in the brain and inhibits sodium, calcium, and potassium channels. Because of this ability, this drug is effective for the treatment of other medical health conditions such as anxiety, migraines, neuropathic pain, and insomnia. 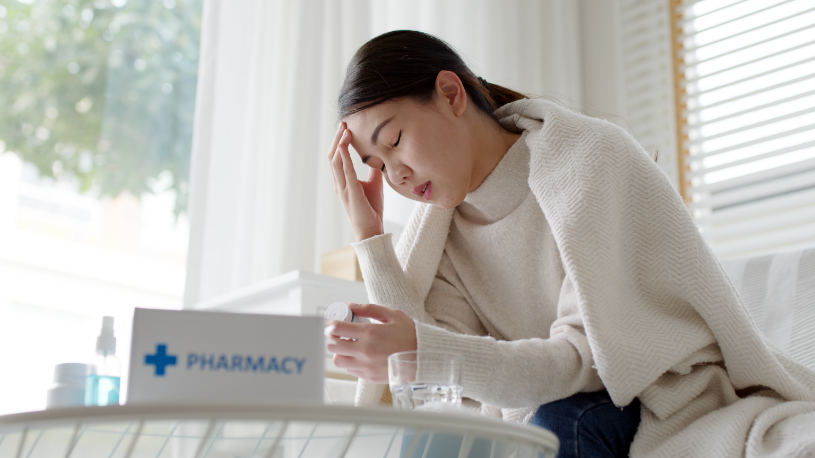 Withdrawal is a group of symptoms that occur upon the abrupt cessation or decrease in dosage of medications. Amitriptyline withdrawal symptoms are often caused by changes in neurochemistry after drug cessation. When someone starts taking this drug, the brain and the central nervous system (CNS) adjust to its effects. Soon after, they rely upon Elavil’s regular presence to balance neurotransmitter concentrations and receptor activities. In other words, the body may develop a dependence on Elavil, which normally is a result of long-term use, and this is dangerous to the health. According to a study, aside from distended bladder caused by Elavil toxicity, Amitriptyline withdrawal also causes cholinergic hyperactivity such as paralysis.

Other Withdrawal Symptoms After Stopping Amitriptyline Can Manifest As Follows:

Stopping Amitriptyline will require both the brain and the CNS to transit back to functioning without the drug. During this phase, neurotransmission can become unstable or erratic, provoking Elavil adverse effects related to stopping the drug. Additionally, some of the common side effects of this drug may aggravate during the stopping period. The severity of withdrawal is dependent on the dosage and the physiology of the individual taking the drug.

If anyone is experiencing the withdrawal symptoms above, immediately tell a doctor or seek medical help to get a proper treatment of the symptoms.

Evidence showed that all antidepressants have the potential to cause withdrawal symptoms, especially if abruptly stopped or reduced after using them for more than 6-8 weeks.

Withdrawal symptoms appear when the brain and body are trying to recalibrate themselves from their normal functioning without the presence of the drug which was recently used. This medicine falls under tricyclic antidepressants, which are known to affect serotonin. Evidence showed that all antidepressants have the potential to cause withdrawal symptoms, especially if abruptly stopped or reduced after using them for more than 6-8 weeks. Normally, Amitriptyline withdrawal symptoms may last for up to three weeks after the last dose. However, the withdrawal timeline may vary greatly. Some people may require a longer time to eliminate this drug from their bodies, while others experience a delay in the onset of symptoms.

Though Individual Variability May Be Involved, the General Pattern of Amitriptyline Withdrawal Duration Can Be as Follows:

Two important factors that affect the duration of Amitriptyline withdrawal symptoms include the length of use and the dosage. In general, patients who took high doses of this medicine for an extended period of time will often take longer to feel normal again. If the negative reactions last longer, it is best to speak to a doctor to get quality medical help. 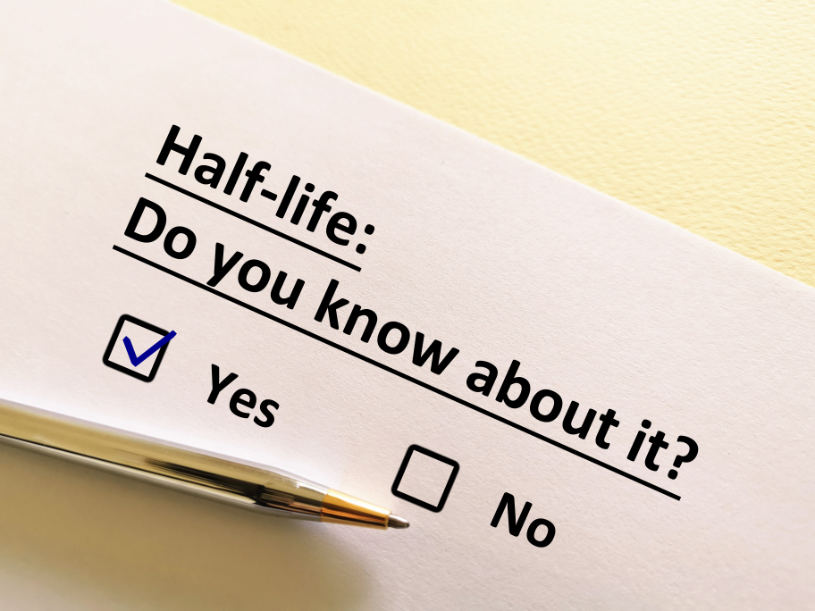 Half-life means the time for a drug’s concentration to decrease by half. The reported half-life of Amitriptyline is 15 hours and the reported time for healthy adults to eliminate the drug from the body is around 3.44 days following the final dose. However, this does not mean that the metabolites of Elavil are cleared completely from the blood, saliva, urine, and hair. The information below will explain how long this drug stays in the blood, saliva, urine, and hair:

Factors That Influence How Long  Amitriptyline Stays In The Body

It is important to understand that the person’s ability to metabolize and eliminate Elavil and its metabolites from the body is dictated by different factors. Some of these variables are liver enzymes, personal factors, dosage, term of administration, and other drugs which were used together with Elavil. To understand more about these factors, take a good read about the information below:

In the body, there are enzymes called cytochrome P450 (CYP450), and these enzymes determine the elimination speed of Elavil. Additionally, these enzymes are associated with alleles called CYP2D6 and CYP2C19, which influence the speed of elimination as well. If a person using this drug has one reduced or non-functioning enzyme (either CYP2D6 or CYP2C19 or both), what will happen is that there will be an inadequate metabolism of Elavil and this will make the drug stay longer in the body because plasma concentration of the drug will increase and its elimination half-life will be prolonged. According to a study, only 10% of the users of Elavil have decreased enzyme function.

Age and Other Health Conditions

A person’s body mass and fat percentage influence the circulation and duration of Elavil in the body. Obese users of this drug with a high percentage of body fat have altered levels of plasma proteins, and this causes Amitripyline’s volume of distribution in the body to be altered as well. A person with a higher body mass and fat percentage happens to have a greater quantity of fat stores. Since this drug has lipophilic properties, the tendency is that it will be accumulated in the fats of a person and this will prolong its elimination time.

Elavil must be taken with caution in patients with impaired hepatic functions. The more hepatically impaired a patient is, the longer will be the retainment of the drug in the system because there is more unmetabolized Elavil. This happens because health conditions, including hepatic impairment, interfere with the enzymes CYP2D6 and CYP2C19.

Just like with hepatic function, renal function also affects the circulation and elimination of Elavil in the system. According to a study, individuals who are renally impaired may experience fluctuations in the elimination half-life of Amitriptyline. 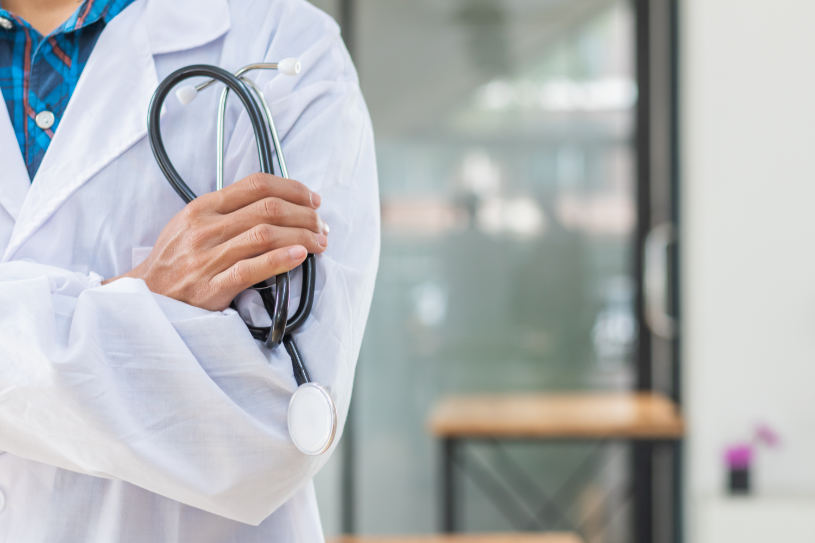 Term or Duration of Administration

How To Stop Taking Amitriptyline Safely?

While there are several other factors that may influence the severity of Amitriptyline withdrawal symptoms, how quickly one tapers is extremely important. Tapering can help the body adjust to sobriety, allowing patients to find relief from several severe withdrawal adverse effects. According to a study, tapering the dose of this drug over a four-week period is recommended. To safely manage Elavil withdrawal symptoms, one has to gradually reduce the drug dose as recommended by a doctor or other healthcare professionals. This will help relieve the discomfort and allows the body to accept lower doses.

Below Are Some Other Tips on How to Take Care Of One’s Health and Get Through After Discontinuing Elavil:

Take note that stopping Amitriptyline should be done gradually with the help and supervision of an experienced medical professional. Additionally, a safe and quality treatment should always be the priority over a fast one.

Elavil uses include treatment of depression and chronic pain. While the medication has been proven to be very effective, misuse of Elavil can be dangerous and may cause drug addiction. If someone is abusing Elavil, there are substance abuse treatment programs available across counties to help addicts. Dedicated specialists from different rehabilitation centers can help one get started on recovery in a safe way. Additionally, if someone is experiencing Amitriptyline withdrawal symptoms, it is important to consider getting help from a doctor or other professionals as these people will help in managing the symptoms safely and effectively.