Opium – Everything To Know About Opium Addiction 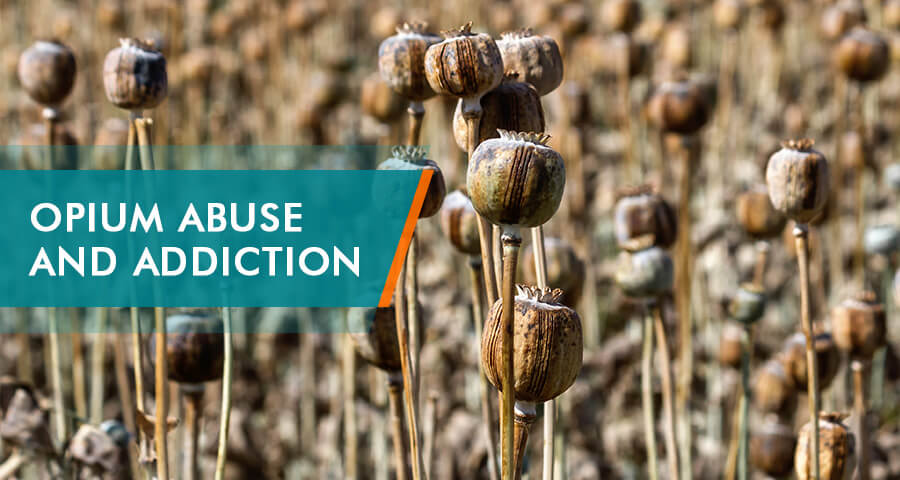 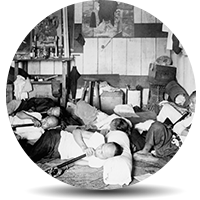 Did you know back in the 17th century, the Chinese didn’t consider opium as a prohibited and addicting substance? In fact, during that period, reports said around 1/3 of Chinese males smoked opium regularly. As a result, millions of individuals became opium addicts. Although news spread about its addictive effect, many were still not afraid of the alarming and unhealthy side effects. The definition of drug addict has radically changed since the ancient times, but we still have to fight the consequences of the substance abuse inconsistent policy.
The earliest report of Opium use was in the Mediterranean region. Here, the oldest seed dated 5000 BCE in the Neolithic age. They used it as food, anesthetics, and others as part of a ritual. There are also proofs from the ancient Greece about the way they used this drug. For example, it is either through vapor inhalation, suppositories, medical poultices or combination with hemlock for suicide purposes.
Similarly, this drug is also widely used among Sumerian, Assyrian, Egyptian, Indian, Minoan, Greek, Roman, Persian and Arab Empires. They used it as a pain reliever while ancient surgeons are performing lengthy surgical procedures. Furthermore, the medical texts of the Ebers papyrus and writings of Dioscorides, Galen, and Avicenna also mentioned Opium. The medical purpose of unprocessed Opium carried on until the American Civil War.
Addiction could eventually lead to the user’s high tolerance to this substance, making it hard to quit. In fact, this problem is now a growing concern due to the drug’s addictive qualities and its quick access. Opium comes from the poppy plant. In its purest form, it isn’t as dangerous as other drugs like opiates, heroin and prescription medicines.
With regular use, the user can become fully dependent on this drug within a couple of weeks intake. In the United States, opium is not commonly abused. However, pure intake can result in an alarming case of opiate addiction.

Regular use of opium could lead to dependency and addiction. Below are the common opium abuse signs and symptoms pointing to a person suspected to be addicted to this drug.

Since you have noticed that your friend or family member has the troubling signs of opium addiction, do not hesitate to contact one of the licensed addiction facilities for consultation.

What are Opium Facts 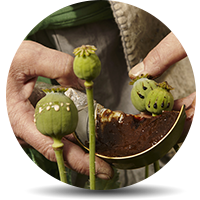 Presently, people who want to feeling high will use the drug for the euphoric effect. In fact, dealers also use it as a base ingredient to other drugs like heroin. Here are a few facts that you need to know about this drug.
Incidentally, some users refer it as “Black” when they combine this drug to other illicit substances like marijuana and methamphetamine. Moreover, the side effect of abuse can affect user’s brain. In fact, if one smokes it, the drug has immediate effect like feeling “high”. Then, the user feels mind relaxation and not feeling any pain.
First, they consider it as a non-synthetic drug, derived from the seed of the poppy plant “Papaver somniferum”. Opium comes in the form of dried latex. The latex contains 12 percent of morphine. They extract it. Then, they process it. After, they might use it recreationally to reach the feeling of euphoria.
In fact, they might use it to produce heroin and other synthetic opioids, used as prescriptions drugs, or illegal drugs. Furthermore, they also use the derivatives to produce other opiates. Codeine and hydrocodone are among the names of drugs with its derivatives.

What are Street Names for Opium

The Forms of Opium

The Abuse can be in the Form of:

Or in straw concentrate which may appear as a fine brownish powder.

One can Take the Drug By:

The Signs of Opium Abuse

Signs Visible to Opium Users may Include the Following:

The systemic principles of drug addiction treatment include not only the symptomatic therapy, but also getting down to the proximate cause of addiction and helping the addict to eradicate it.

Dangerous Side Effects of Opium Abuse

Depending on the dosage and the time after its last intake, an overdose could occur.
As a result, these are the dangerous side effects

Regrettably, the user suspected with overdose also faces life-threatening cases due to major breathing problems. Moreover, long-term use of the drug could also affect the user’s body and mental well-being. Although the opium half-life is considered to be relatively short, withdrawal symptoms tend to be painful as well as the cravings. In conclusion, Opium is considered to be highly dangerous. In addition, its harmful side effects can harm the user and those who are close to the addict.

Addiction Resource » Addictive Substances: The Anatomy of Drug Addiction » Opium – Everything To Know About Opium Addiction