Opioid VS Opiate VS Narcotics: What Is The Difference Between Them?

Opioids, opiates, and narcotics are all known as strong pain-relieving medicines and substances. These terms are often used interchangeably. Although certain differences depend on their constitution and whether they are obtained naturally or are synthetically produced. Read further to find out about the difference between opiates vs. opioids vs. narcotics.

Opiate Vs. Opioid: Are They The Same?

Opiates are substances that are obtained from naturally occurring opium from opium poppy plants, Papaver somniferum. Opium derived from poppy had long been known to possess medicinal properties and believed to be responsible for creating a numbing sensation, pain relief, for treating diarrhea and inducing sleep. Opium alkaloids were later extracted from poppy plants and used in medicine for managing pain. These were called opiates and included alkaloids such as morphine, codeine, and thebaine.
Following is a list of opiates: 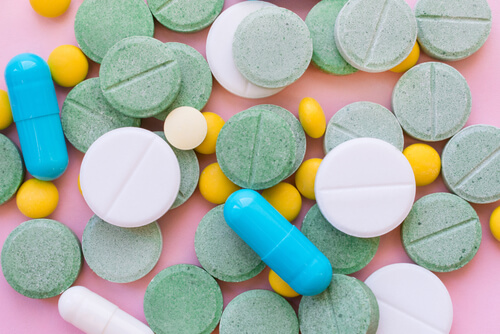 Are opioids stimulants? No, they belong to the class of painkillers, whereas stimulants are those medicines that enhance the effects of nerve cells in the brain through the release of neurotransmitters. Stimulants enhance alertness, concentration, and energy in a person’s body, whereas these drugs are primarily used for treating pain and has a sedative effect on the person consuming it.

Difference Of Opioid Vs. Opiate

They are different from each other in that opiates are naturally occurring compounds whereas others are synthetically produced. Opiates are also referred to as natural opioids. Both work in the same way and have a similar effect on the body. Both substances exist in legal and illegal forms.
Because of the high overdose and addiction risk associated with them, they are available legally only through a doctor’s prescription.
The mechanism of action of opioids is the same as that of opiates. There are certain proteins in the human brain, spinal cord, and digestive tract, which are called opioid receptors. These receptors are responsible for the feelings and sensations of how we feel pain, pleasure, and the way we breathe. The brain creates endogenous opioids, including endorphins, which interact with the receptors. In response to pain, endorphins are released to help manage the pain. These endorphins are, however, released in small quantities and for a short time period.
Both substances are prescribed by doctors to manage severe pain. Opioid use mainly encompasses pain relief, treating diarrhea and cough, and for causing sleepiness/ sedation.
They both work by binding themselves to the receptors in the body. According to this study about body receptors and mechanisms of tolerance and dependence, these receptors inhibit pain signals to reach the brain, thus resulting in pain relief.

The use of these drugs, however, comes with its risks and side effects. When using, opioids constipation is a common side effect along with drowsiness, dizziness, nausea, tolerance, dependence, and respiratory depression.

Examples of Synthetic and Semi-Synthetic Opioids

Some of the semi-synthetic drugs, not all from the list are legal, are listed below:

Both drugs use can cause tolerance and dependence. With regular use, the body can become tolerant to it, which would require higher doses taken at more frequent intervals. This leads to dependency and addiction. The opioid crisis in America has risen in recent years, with more and more people being addicted. According to the article about the crisis, more than 130 people die every day in the United States after overdosing on these drugs. When taken in high doses, opioids effects can include dangerous symptoms, including breathing difficulties, which can even be fatal.

These drugs also interact with a few other medicines, which can cause serious side effects. That is the reason why these medicines are available only with a doctor’s prescription.

Narcotic Vs. Opioid: What Is The Difference? 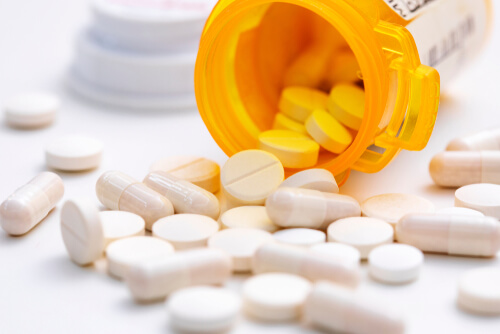 The only difference between narcotic and opioid can be defined as being a subclass of narcotics. Thus, all opioids are narcotics, which can cause an overdose and dependence with regular and prolonged use.

Opioid Vs. Opiate Vs. Narcotic: Are They Safe?

Unfortunately, NO. All of them are considered to be mind-altering medicines or substances that offer pain relief and have a sedative effect. The difference between opioids and opiates primarily is that opiates are naturally occurring substances found in the poppy plant, whereas opioids are obtained either by combining opiates with other chemicals or synthesizing new chemicals entirely. Opiates can, thus, be considered as a subclass of opioids. The difference between opioid and narcotic is that narcotics encompass opioids, thus, they can be considered a subclass of narcotics.
When considering alternatives to these drugs and comparing marijuana vs. opioids as a substitution, medical marijuana has been used for medicinal purposes for many years for pain. According to the study about marijuana, legalization of medical marijuana may significantly lower the overdose deaths. Although, it is essential to mention that marijuana also has its own addictive potential and can be abused. It shouldn’t be used unless it is medically prescribed. In the case of abuse or addiction, one should seek treatment immediately.
Addiction to these drugs can lead to serious and fatal repercussions. Its treatment requires professional help from experienced individuals who can guide patients in transitioning back to a sober and healthy lifestyle.

Many rehabilitation centers offer opioids use disorder treatment. The main step in the treatment process is opioids detox, during which withdrawal symptoms of patients are managed. Various inpatient and outpatient services are offered in drug rehab during which patients go through different individual and group therapies which enable them to get rid of their addiction and complete the recovery.