DMT – How Does it Work? What are the Risks and Side Effects?

N,N-Dimethyltryptamine (DMT) is a prototypical monoamine alkaloid hallucinogenic. It can be found naturally in over fifty species of flora, five species of fauna as well as in the human brain. After 1931 it has also been synthesized synthetically. Thus its use has a long history for its psychedelic and hallucinogenic properties, whether as ceremonial snuffs and brews, such as ayahuasca, used over centuries by the indigenous people of the Amazon or more recently as an illicit DMT drug for recreational use. With the popularity of psychedelic drugs on the rise and the increasing prevalence of DMT drug use due to recent media exposure through cinema and influential magazine articles, it is worth examining what exactly N,N-Dimethyltryptamine is; what the prevalence of DMT drug use is; what demographic uses this drug the most; and most importantly what is the liability and consequence of DMT abuse and DTM addiction. Learn this and much more in the article about N,N-Dimethyltryptamine.

N,N-Dimethyltryptamine is an indolethylamine hallucinogen with a tryptamine core derived from the stepwise chemical modification of the amino acid tryptophan. It can be biosynthesized within various plants, animals, as well as humans, or it can be synthetically produced. Whether naturally or chemically synthesized, Dimethyltryptamine has the capability to produce profound alterations in cognition and perception through its actions on Serotonergic transmission. Historically, N,N-Dimethyltryptamine containing snuffs and teas, such as ayahuasca, were used for ceremonial purposes. Today, the ritualistic use of Dimethyltryptamine-containing brews continues through various syncretic religious movements in South America as well as in the western world.  The illicit consumption is primarily related to subjective psychoactive DMT drug effects and to its relatively acceptable side effect profiles. 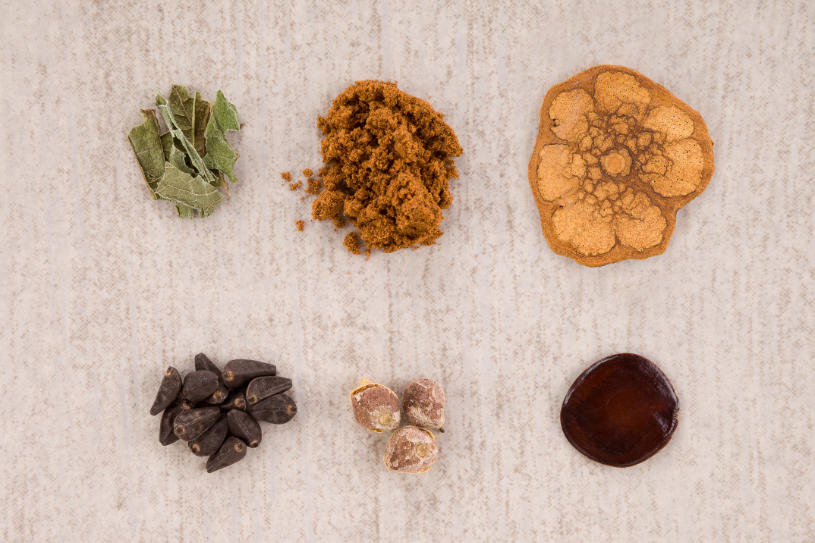 Scientific research involving hallucinogens began in the latter half of the 20th century with their discovery, but research was hindered by the introduction of the Controlled Substances Act in the 1970s. In recent decades, research into the endogenous roles of Dimethyltryptamine has revived. Today scientists are looking at DMT chemical structure and its functions at various receptors: serotonergic, glutaminergic, cholinergic, dopaminergic, Trace Amine-Associated Receptors, and Sigma-1 receptor. Research is looking into the role of this compound in organically occurring states of consciousness such as dreams, creativity, imagination, religious or spiritual phenomenon, psychosis, and near-death experiences. The combination of this research is hoped to provide answers and allow the use of DMT therapy as a future tool in the treatment of mental health disorders, substance abuse, inflammation, and even cancer.

Although in this article we focus on N,N-Dimethyltryptamine, there are numerous other tryptamines that are also hallucinogenic but with unique characteristics due to being slightly different from the DMT chemical structure. Below are listed some commonly encountered tryptamine hallucinogens:

Naturally, occurring Dimethyltryptamine can come in a variety of plants and their derivative dried herbs and brewed teas which are ingested orally.

Synthetically produced N,N-Dimethyltryptamine can be found as a white powder or a tablet.

However, Dimethyltryptamine containing ayahuasca is legal for religious use under the 2006 Religious Freedom Restoration Act.

In Canada, under its Controlled Drugs and Substances Act, Dimethyltryptamine is a Schedule III substance making it illegal.

In the United Kingdom, Dimethyltryptamine is categorized as a Class A controlled substance, making it illegal to possess, produce, or supply it.

What Are DMT Drug Effects?

The effects of N,N-Dimethyltryptamine are thought to be mediated primarily through serotonin receptors. However, action at only these receptors is insufficient to account for all of DMT drug effects. Thus, it must also act at various other receptors such as glutamate, dopamine, acetylcholine, TAAR, and sigma-1 receptors.

The mental effects of use and abuse are subjective and varied, but the most common mental DMT drug effects include altered cognition manifested by visual, auditory, and tactile deformities and hallucinations. Also, users report a sense of detachment or dissociation from one’s body.

The common physical DMT drug effects are not severe, especially if oral ingestion is avoided. This factor is thought to contribute to the possible risk of DMT abuse and DMT addiction.

Less Commonly Encountered but Severe Side Effects Could Include:

Thus, Dimethyltryptamine use is certainly not without its side effects. Nor are these an exhaustive list of possible mental and psychological DMT drug effects which are highly subjective and unique to the user’s DMT experience.

Long Term effects of use are unknown as studies analyzing sustained psychedelic use on the human brain are lacking. From the limited information that is available, prolonged use of hallucinogenic drugs causes structural changes within the brain. These changes are associated with those brain areas that support attentional processes, self-referential thought, and internal mental processes. All of this can lead to an altered personality in people with chronic DMT addiction and DMT abuse.

Furthermore, Generalized Negative Long-Term Dangers Associated With Any Hallucinogenic Use Include:

Although recreational use of Dimethyltryptamine had a life-time prevalence of 9%, DMT addiction and/or DMT abuse are not very prevalent amongst the variety of illicit drugs that are abused by people. However, a study that evaluated the prevalence, user characteristics, and abuse liability as compared to other hallucinogenic drugs, found DMT drug as the most preferred psychedelic among users as it has a rapid onset of action when used, strong pleasurable effects, few negative effects, relatively mild come-down, and a relatively low risk of harm as compared to other hallucinogenic substances. All of these characteristics could potentially increase the liability for DMT abuse and DMT addiction. However, the opposite seems to be true and it is classified as having a low potential for abuse and addiction.

Although addiction is not prevalent there are certain symptomatic signs and clues that could hint at a possible addiction.

These symptoms are not all that different from the acute effects of a “DMT experience”, however during abuse or addiction they may be more pronounced and more frequent.

Dimethyltryptamine use is certainly not without its side effects. Possible mental and psychological DMT drug effects are highly subjective and unique to the user’s DMT experience.

Who Is Most At Risk Of DMT Addiction?

According to the recent study, the following demographics are more prone to use and possibly addiction:

How Long Does DMT Last?

The duration of effects, in other words, the amount of time a person experiences the effects of the drug, is directly dependent on the half-life of a drug. The major factor that influences the half-life of Dimethyltryptamine is its route of administration, which determines whether the drug will be subjected to hepatic-first pass metabolism.

Therefore, Dimethyltryptamine ingested orally alone is subject to extensive hepatic metabolism by Monoamine Oxidases, whereas Dimethyltryptamine administered intravenously or by smoking avoids this metabolism. This reflects why the duration of effects and as such the half-life of this agent is slightly different based on the route of administration.

Furthermore, individual variations such as the person’s age, overall health, organ (heart, liver, kidney, lung) function, and several other variables can also affect how long the effects of Dimethyltryptamine will last. 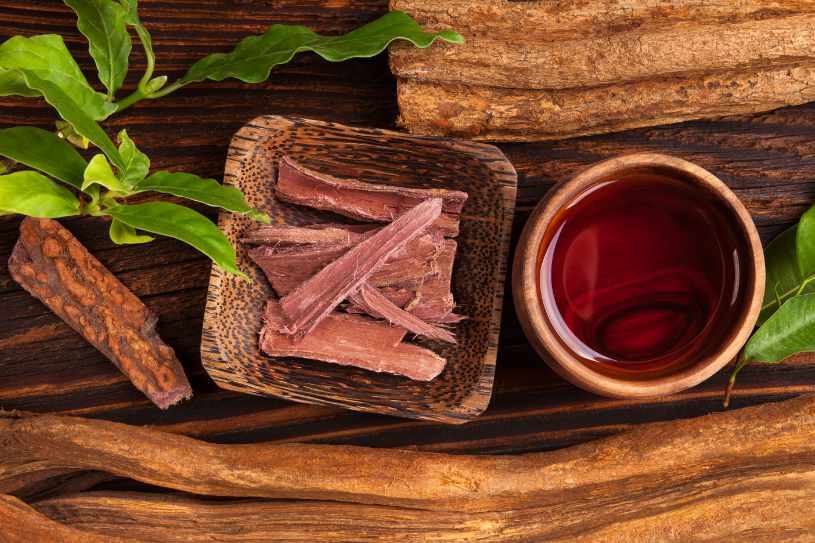 How Long Does Dimethyltryptamine Stay In The System

Dimethyltryptamine is rapidly metabolized into various metabolites by hepatic Monoamine oxidases and rapidly excreted. Although Dimethyltryptamine and other hallucinogens are not always checked on routine drug tests, they can still be tested if required.

As always individual parameters such as the person’s cardiac, hepatic, and renal health affect how drugs will be absorbed, metabolized, and excreted. As such variability in the aforementioned information is possible.

Dimethyltryptamine Overdose: Is It Possible?

Overdose is defined as the consumption of a drug or another substance in quantities that are far greater than recommended, which leads to severe adverse consequences to one’s health.  Dimethyltryptamine by itself has a very low tendency for DMT overdose, and it is rapidly metabolized regardless of the route of administration, and it is almost never used in large quantities for recreational use. However, if Dimethyltryptamine is concurrently taken with other medications such as Monoamine Oxidase Inhibitors, in order to prevent its degradation and prolong the psychedelic experience or the wrong dosage is taken in these cases a DMT overdose could occur.

A Tryptamine Overdose Can Be Characterized By:

Has Anyone Died From DMT?

Although uncommon and not associated with specifically DMT, a review of literature has yielded several cases of patients who have died from using tryptamines, chiefly Alpha-methyltryptamine (AMT). Thus to answer the question of “Can you die from DMT?” the answer would be yes if used incorrectly and in very high doses.

The first step involved is the choice of the right type of rehabilitation therapy for addiction treatment. Whether this is Cognitive Behavioral Therapy(CBT), Psychodynamic Therapy various types of counseling, and or simply user education. These therapies can be done  which can be done at both inpatient and outpatient rehab facilities.

The goals of addiction treatment involve: