What Is Heroin Abuse: Why Is Smack So Addictive? 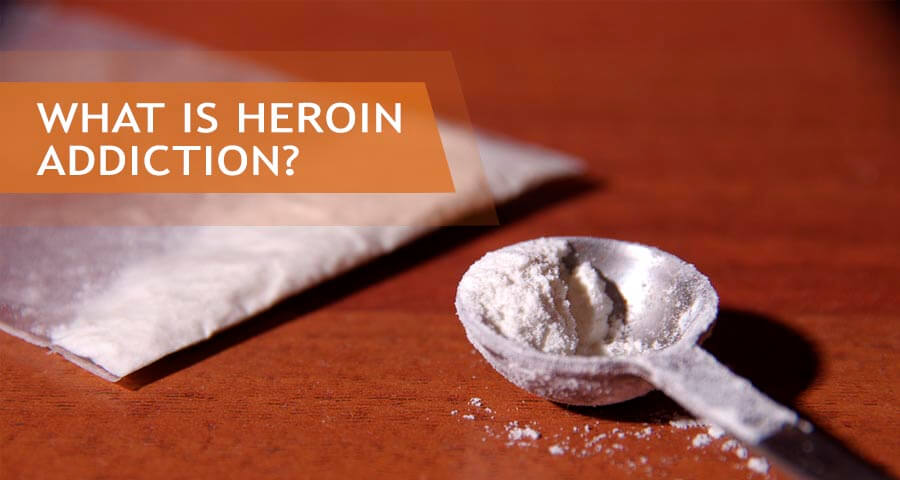 The drug heroin is an illegal substance that is classified as a schedule I by the DEA due to the very strong risk of addiction. It continues to command a worldwide market despite the high cost of heroin. It is available from illegal dealers under various heroin street names. People who abuse this substance quickly become physically and psychologically dependent on it.

What Drug Is Heroin?

Definition: If one has to define heroin, it is an illegal schedule I opium derivative that has a high potential for addiction. It is used illicitly for the intense euphoric effect it produces. In terms of drug type, heroin classification is an opioid that is synthesized from morphine. Morphine is a natural substance found in the poppy plant. There are many forms of the drug available from street dealers, including China white, horse, smack, Mexican brown, and black tar heroin.
Methods of Use: How is heroin used? People who have developed an addiction to this substance use it by various methods, including snorting heroin. Others may be heroin smokers who burn the substance and inhale the fumes. Some people with an addiction have the habit of shooting heroin, which is a method of injecting intravenously.

Regardless of the method of administration, heroin is highly addictive, heroin abuse can lead to overdose and death.

Metabolism: How long does heroin stay in system? Opioids are quickly metabolized in less than an hour and removed from the body, although some byproducts may persist for up to three days. The amount used, the method of use, and individual metabolism determine how long it stays in a person’s body.
Dangers of Abuse: In addition to the negative health effects and the potential for addiction, the risk of heroin od has led to a skyrocketing number of deaths from illegal opioids. Fentanyl in heroin can lead to death because fentanyl is also a potent painkiller. Heroin users sometimes mix the substance with other drugs, for example, crack cocaine or heroin and weed, putting themselves in even greater danger. Dealers may use a heroin cutting agent as an additive to increase profit margins, putting users at risk.

When Was Heroin Invented?

The history of heroin actually dates back to the ancient Mesopotamian civilization when opium cultivation first began. In the early 19th century, morphine and codeine were isolated from opium. Towards the end of the 19th century, an English chemist synthesized this substance as an alternative to morphine.
Heroin history shows that it became commercially available in 1898. However, when it was discovered that one of the side effects of heroin was the high potential for addiction, it was classified as an illegal substance.
Now, many countries are dealing with a heroin epidemic. Where does heroin come from? The heroin plant grows in different parts of the world, including South East Asia, Mexico, and South America.

Why Do People Do Heroin?

Illegal opioids are sold on the streets and have destroyed many lives. 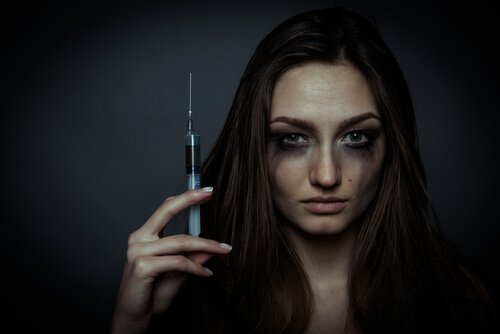 Why do people use heroin despite the various adverse effects? What does a heroin high feel like? People develop an opioid use disorder because of the rush or intense feelings of euphoria the drug produces. Users report feeling a profound sense of happiness, peace, and relaxation. The world feels like it has slowed down and users find themselves in a dream-like state.
The drug has a lot in common with prescription opioids in that it produces analgesia (pain-relief) and sedation.

However, many of these positive feelings quickly turn into a desperate addiction.

Without the drug, addicts experience a heroin withdrawal with uncomfortable symptoms, driving them to continued abuse and addiction.
Who is at risk of developing an addiction to heroin drug?

What Makes Smack So Addictive?

Opiates have a high risk of addiction and physical and psychological dependence can develop after using these substances only one or two times. How quickly addiction develops depends on the amount used, the method of administration, and the individual user. In the body, heroin is quickly metabolized into morphine and attaches to opioid receptors in the brain. It also causes the release of large amounts of dopamine, a feel-good neurotransmitter. It reinforces pleasure and pain pathways to produce feelings of happiness and no pain.

How addictive is heroin? It is a highly addictive substance because of the intense feelings of euphoria it produces. It is more potent than morphine and is quickly habit-forming because the effects are almost instantaneous. Users rapidly develop tolerance, needing greater and/or more frequent use to get the same effect. Full-blown abuse and addiction follow shortly thereafter. In pregnant women, the use of illegal opiates may lead to a baby born addicted to heroin.

Heroin Use: What is the Impact on Society?

Drug overdose deaths are rising and opioid addiction is an escalating public health crisis. According to the National Survey on Drug Use and Health (NSDUH) in 2016, almost 950,000 Americans reported using different types of heroin. But the consequences of opioid addiction extend beyond the individual heroin addict. In the United States, the estimated total cost of heroin use disorder is estimated to be more than $50 billion per year. Here are some of the effects this epidemic has had on society:

Have one noticed signs of heroin use in loved ones? An addiction to illegal opioids does not mean that life has to slip away. There are a number of options for heroin addiction help. Medicines are available for use during the drug addiction treatment to make the withdrawal process easier and safer. Medication-assisted treatment and behavioral therapies are effective in preventing heroin relapse. The important thing is to match the needs of heroin addicts to the programs offered at a reputed rehabilitation facility.