How Long Heroin Stays in System: Half-Life and Metabolites of Smack 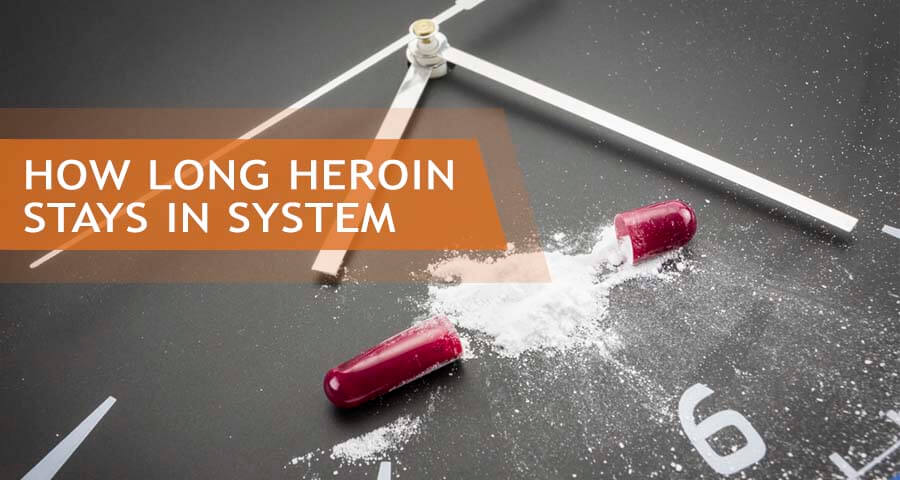 Heroin is an illegal schedule I opioid with an addictive and destructive nature. Many people are unfamiliar with the metabolic activities of this substance such as how long it takes to break down into secondary substances and how long the opioid stays in the system. This guide provides all the information on how heroin, after ingestion through a specific route, degrades into other detectable substances. The half-life of heroin is 30 minutes; this may vary due to certain factors such as genetics, physical characteristics, amount and composition of the substance. These variables contribute largely to the complete degradation and production of detectable secondary metabolites in the body.

How Heroin Is Metabolized

People who have experience with heroin use know that it can make them feel high long after they last used it, this period is much longer than most other drugs. This is because of the fact that the morphine is basically an opiate, which instantly enters the bloodstream, but instead of quickly getting detoxified into metabolites, some of it gets accumulated in the fatty tissues. This stored drug continues to re-enter the bloodstream again, slowly over time. This is why the system holds on to heroin metabolites for much longer, even when one stop using it; however, the stored drug may or may not appear on the drug test.
Heroin is a highly potent opioid, and its effect can last longer than some other opioids such as meth and cocaine, but the question is how long does heroin stay in system? If it takes only about 30 minutes for the half-life of heroin to break down into metabolites, then how is this substance detected days later? Heroin metabolism in the system in reference to body fluids can take 5-6 hours. This is regardless of heroin half-life, with the exception of other parts such as hair follicle and urine; hence this process varies from one individual to the other. 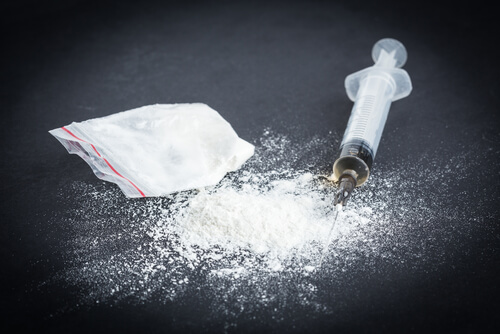 Morphine metabolizes fastest if introduces intravenously and slowest if snorted due to the absorption process. These processes determine how long it takes for the opioid to be completely flushed out and become undetectable on heroin test.
A person who has a high amount of fatty tissue layers may get a different result on heroin drug test from someone who has far less. Route of exposure may also play a role, for example, an intravenous intake has 100% heroin bioavailability which is its highest presence in the system compared to other routes of exposure.

Different tests that can detect the presence of morphine have different detection windows and can tell how long heroin stays in system, with urine test being the most common as it’s comparatively easy to administer, cost-effective and less invasive. So how long does heroin last in system? Let’s take a look at various tests.
The different tests used to detect morphine and their detection times are:

Hair drug test has the longest detection window and can detect up to 90 days after the last use. It is so because hair stores the heroin better than bloodstream. Even when bloodstream is clean of any drug or opioid metabolites, the hair follicles on the human body can testify to the usage of the drug. There is a flaw with this test as it will not show positive results if the person has used the drug recently, as it takes some time for the drug to appear in the hair.
What does heroin show up as on a drug test?

More sophisticated hair drug tests can reveal more comprehensive results than just positive or negative. For example, with the right heroin testing kits, it can even show the pattern of the drug use.
Let’s say the person used the drug for a couple weeks, abstained for a week and then used the drug again; the hair test will show pretty accurate data about when the drug was used and when it was not. This provides a rough idea on how to pass a drug test for heroin.

Heroin urine testing depends on the dose of morphine the person takes. In not so heavy users, the heroin urine tests will result positive for up to two to five hours after ingestion, but for heavy users, it could be as long as two to three days after last use. However, heroin in urine is quite rarely detected after a period of three days, except in the case of hardcore users.

The blood test is considered to be the most futile way of detecting morphine, so how long does heroin stay in blood? As previously mentioned, the morphine usually leaves system after a few hours. Through a blood test, it is hard to find any heroin because the drug and even its metabolites are swept away from body rather quickly. This rarely answers the question of ‘how long does it take for heroin to leave system.’
Moreover, a blood test is usually only carried out if a cop has suspicion over a person and is otherwise generally thought of as invading one’s privacy. A blood test can only result positive for a  user if they have consumed it rather recently. However, the blood test isn’t very common as it’s very invasive, takes very long, and is the most expensive.

How long can heroin stay in saliva? Being the first line of contact, saliva drug test has the shortest detection time. It can detect the drug after 1-24 hours after use, depending on how much drug the person has consumed. If the person is a heavy user, has a slow metabolism, is not very active, and also uses medication or other substance, the drug could be detected for longer.

Saliva tests are not considered invasive like blood or urine tests. But, unlike a urine test, the saliva test is not very effective when it comes to detecting the levels of heroin present in the body. Not only that, but there is another key factor which contributes to the detection window, and that is the consistency of a person’s saliva. The results may vary substantially from one person to another.
There is no certain time period to steer clear of detection because one person may get away easily, just even a couple of hours after ingestion, while the other’s test might result positive even after 24 to 48 hours of ingestion.

What Determines the Detection Window

The half-life of the opioid is 10-30 min because it is a short action substance. However, many factors can affect how long the drug lasts in the body. Users often ask how long does heroin stay in the system?
It’s a no-brainer that the amount of drug used by a person is the key factor in determining how long it stays in body. Here are factors that answer the monotonous questions of “ how long does heroin stay in body” ;

How one takes the drug also plays an important role in its detection. Some people may want to know how long does heroin stay in urine if snorted? When taken via intravenous injection, heroin is easier to detect as the bloodstream is filled with it immediately. On the other hand, oral ingestion, snorting, and smoking, all have different detection rates.

Following IV administration, smoking is the next method which spreads the drug quickly into bloodstream. Snorting and oral ingestion would result in a more gradual and less potent high.

Heroin in the Body – Where it is Stored

The question of ‘how long is heroin in system’  can be answered by understanding the storage mechanism of morphine in the body. It will help one to understand how to get heroin out of system faster. After it is injected into the bloodstream, heroin is stored in fatty tissues. Over time, the stored drug re-enters the bloodstream in small amounts, causing the person to feel the drug’s effects for some time after having taken it.

Flushing Heroin out of the System

There are various methods on how to test heroin levels or presence in the body. If one has a drug test appointment, has used drugs recently, and probably wondering how long does heroin stay in urine, blood and other fluids, there are several things that one can do to quickly detoxify body in order to pass the test. Here are a few simple steps;

Do not use a specific supplement without consulting a doctor first. Frequent urination indicates that full detoxification is in progress.

The statistics of heroin-addicted babies has increased significantly till date. This is due to the illegal use of opioids during pregnancy. Heroin is a highly addictive substance. It has ruined the lives of many people and led to various forms of crime. Some of the offenders get rehab instead of jail time depending on the severity of the offense.
There are a good number of centers offering addiction treatment services. They provide primary health care for addicted users as well as in-house heroin addiction treatment to detoxify and rejuvenate the body, as well as providing support through the sobriety stages.