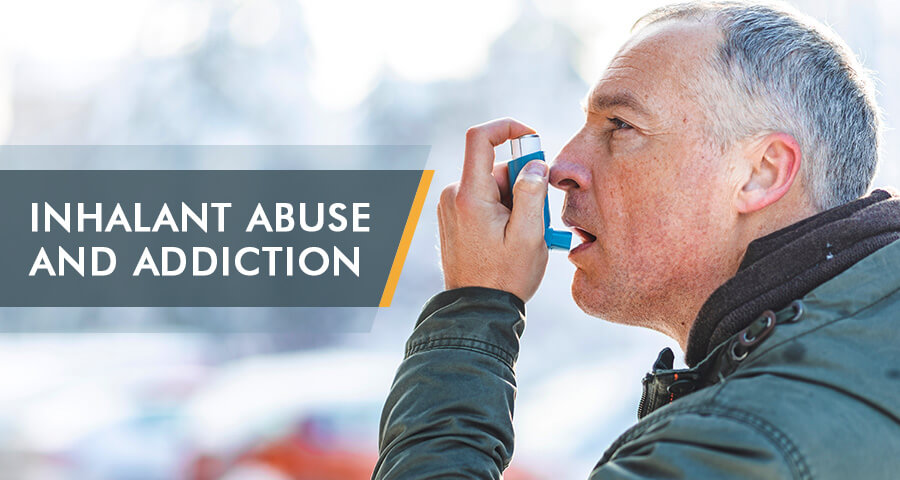 Inhalants may include any volatile chemical compounds which can be ingested by inhaling through the mouth or nose in order to get “high.” They may affect the brain in various ways and they have various levels of physical addictiveness.

Generally, any use of inhalants for the psychological effect they bring is 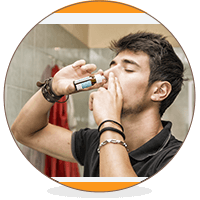 considered abuse. Most have no medicinal purposes, although certain inhalant medications may be abused. Inhalants may be various chemical compounds and are comprised of dozens of potential substances that alter the brain’s functions and hormones in order to bring about the trademark “high” of sniffing or “huffing.”
Most users will spray the inhalant onto a rag or douse a piece of fabric with the inhalant and cover their nose and mouth with it, breathing in deeply. Spraying the compound into a plastic bag and placing the mouth and nose into the bag is another common method.

For those with an addiction to inhalants, immediate professional help is strongly urged.

The commonly addictive inhalants can be found in most homes and are easily accessible. They include:

Not counting inhalant medications, such as asthma inhalers, common inhalants include:

These products are easily accessible, as many of them are found in most homes at any given time. Cleaning products, for example, would be found in the vast majority of homes and even schools or places of employment.

How do inhalants affect the brain?

Inhalants affect the brain by altering its functions and hormones in order to make the person feel high. Inhalant highs typically do not last longer than an hour. Because of this, the user tends to snort the drug many times over several hours to maintain its effect.

Inhalants release a large number of chemicals into the bloodstream and brain. This leads to a short term high that usually dissipates within an hour. For this reason, users tend to huff many times over the span of several hours. This behavior is very risky and leads to significant health damage.

High symptoms can include:

Physical sensations users may experience include:

Among young potential drug users, certain individuals are more likely to begin using inhalants than others. At-risk youth may include:
Teens and young adults are the most common users of inhalants, as they are easily accessible, even for those who do not have access to other drugs. They are often gateway drugs, or an introduction to getting high for young teens, who quickly move on to other drugs with longer-lasting effects.
Teens, college students, and the poor are the most at-risk groups for inhalant abuse. Young adults often use inhalants because they are readily available in most homes in the form of cleaning products and personal care items. This is often the first experience many teens have with drug use, and they often move on to using additional drugs or alcohol as well. The poor may also use inhalants to get “high” because other, more expensive, drugs are not accessible.

There is some debate on whether inhalants are physically addictive – meaning, whether the brain develops a “need” to have the drugs every day. Most users who become dependent on inhalants have a psychological addiction in which they crave the drugs due to the way they make them feel. Withdrawal symptoms, for this reason, are usually mild and short-lived. This may make the beginning stages of getting clean easier for some, especially if no other drugs are being used.
Unfortunately, inhalants are often used in combination with other drugs. This increases the dangers of their use.

Some potential dangers of using inhalants may include:

Overdose – Users tend to huff repeatedly when using inhalants due to the short-lived high. This can easily lead to an overdose, a situation that is potentially fatal. Symptoms of overdose can include extreme confusion, cardiac events, coma, convulsions, and death.
Cardiac irregularities – Inhalants are known to increase heart rate. When used in large enough quantities, this can lead to uneven or increased heart rates and even cardiac arrest. In some people who are sensitive to inhalants, cardiac issues may arise even after limited use. Some teens even die after just one use.
Organ failure and heart damage – With frequent or repeated use, inhalants can lead to damage to the vital organs, including the kidneys, liver, brain, and heart.
Seizures – Seizures and convulsions can occur after just one use, and may continue to occur with chronic use.
Because inhalants are commonly used alongside other drugs, they may be even more dangerous and lead to additional health problems not mentioned here.

In 2011 alone, there were more than 10 thousand emergency hospital visits by those having inhaled toxic compounds for recreational use.
There are over 140 thousand cases of addictions to inhalants annually.
Most cases of inhalant abuse are found to be committed by teenagers.

The type and duration of counseling will partly depend on the underlying issues which led a person to use inhalants in the first place.
Those who caved to peer pressure may find it easier to work through internal issues than someone who began using as a form of self-medication for a difficult situation or home life.
Before counseling can begin, detoxification must take place. This is the process of getting off the drugs in question. While withdrawal symptoms are usually mild for those coming off inhalants (assuming no other drug addictions are present), the process can be physically uncomfortable. Withdrawal symptoms may include:

If noticed the inhalants use signs do not hesitate to turn to rehab facilities for assistance. There are three main types of counseling addicts may use to get clean:
Support Groups – Support groups allow users to interact with and help other addicts, while also learning from a group leader or counselor. Being in a group can help increase accountability.
Outpatient Counseling – Users may see a counselor or drug abuse specialist weekly or even several times a week to get to the bottom of their drug use. This is an invaluable tool for avoiding pitfalls and staying on the right track.
Inpatient Rehabilitation – This method combines both a support group and counseling methods, but in a facility where users will have constant medical supervision and access to professional assistance. They are also closely monitored to ensure that no drugs are present or being used, and any medications being administered are closely watched as well. Because of their more restrictive nature, inpatient facilities are often more effective at treating addictions than other methods used alone. Support groups and outpatient counseling are usually recommended as follow up forms of “maintenance” to recovery.