Huffing Paint: What Are The Effects And Health Consequences?

Being exposed to neurotoxic volatile drugs or inhalant drugs causes health dangers. A person who inbreathes chemicals such as paint may experience severe brain function alterations. In 2011, it was reported that around 21.7 million Americans used inhalants such as paints. Because of these statistics, it is necessary to learn what are the consequences of huffing these drugs to the physiological health of a patient.

In this article, information about huffing paint, how to identify a paint huffer, short-term and long-term side effects of huffing spray paint, who is vulnerable to huffing paint thinner abuse, and how to safely treat sniffing inhalants addiction will be provided.

What Is Huffing Paint?

Some may be wondering, what is huffing paint? Is it normal? Also known as sniffing paint is an activity wherein individuals would tend to inhale the fumes of paints to get their desired effects. Although these paints are available in the household, this behavior is considered a risky form of substance abuse.

According to the National Survey on Drug Use and Health (NSDUH), from 2002 to 2006, every year, around 593,000 teens in the United States have tried inhaling drugs such as whippits. Moreover, In Europe, according to the European School Survey Project on Alcohol and Other Drugs, 20% of the youth ages 12-16 years old have huffed on paints.

How To Identify a Paint Huffer?

Based on paint huffing mugshots, the most visible sign of a paint huffer is that there are spills all over the body or face of the suspected abuser. However, people who hide this abusive behavior avoid this paint huffing mugshots mess. According to a study published in Pediatric Child Health, the signs of inhalant abuse disappear quickly, especially when small amounts of varnish have only been huffed.

Some of the Signs and Symptoms of a Paint Huffer Include the Following:

Since most of the inhalants abusers are teens, abuse detection and screening must be done to avoid future health dangers. Parents may consider addiction treatment to help their loved ones safely detach themselves from huffing gasoline or other types of inhalants. 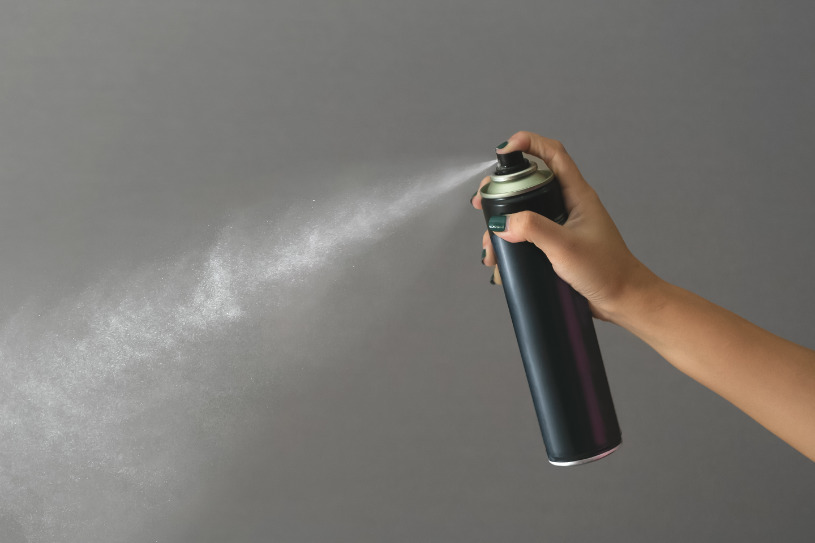 How Huffing Paint Affects Your Brain And Body

Take note that it is not only the brain of a paint huffer that is affected when this abusive behavior is done. Instead, even the body may be damaged. According to the Iowa Department of Public Health, in 2008, around 3,800 patients who abused inhalants such as paints got emergency treatment and 450 patients needed to be hospitalized.

According to a study published in the Journal of Adolescent Health, the central nervous system (CNS) is the system of the body that is most vulnerable to the toxic effects of sniffing inhalants. Some of the physical short-term effects of huffing paint thinner include:

In compliance with a study published in the British Medical Journal, the chemical in paints called toluene is responsible for causing damages to the CNS. Furthermore, aside from the physical huffing paint effects, the psychological effects of sniffing inhalants can also be seen.

Some of These Effects on a Paint Huffer Include the Following:

Take note that although these physical huffing paint effects are considered short-term, chronic or continuous huffing may cause permanent neurological damage to a paint huffer. Aside from these, psychosocial huffing paint effects may also be seen. According to a  doctor from Washington, poor family relations and academic problems may occur when a paint huffer abuses the chemical.

Long-term effects of sniffing inhalants refer to permanent or irreversible health damages that can lead to death. According to physicians from California, one general long-term effect of sniffing inhalants includes tolerance. When patients develop this condition and decide to stop huffing, this could eventually lead to withdrawal if there is no proper weaning off the substance. In this section, information about the long-term effects of huffing spray paint on the brain, heart, kidney, liver, and its relation to sniffing death syndrome will be provided.

If huffing paint becomes continuous, this can lead to permanent damages to the health including the worst one called Sudden Sniffing Death Syndrome.

Effects On The Brain From Huffing Inhalants

According to a study by doctors from Denver, long-term effects of sniffing paint on the brain include permanent cognitive dysfunction and dementia. In this study, it was reported that 8 out of 14 subjects who chronically huffed paints experienced permanent brain impairment. According to the Centers for Disease and Control Prevention, the chemicals naphthalene and toluene are the culprits for causing brain damage such as lowered IQ and permanent memory loss. Some paints that contain high levels of these chemicals include silver and gold paints.

Huffing Paint Effects On The Cardiovascular And Pulmonary Systems

According to a study published in the Annals of Internal Medicine, the long-term cardiovascular effects of huffing paint are fatal and this is because high blood pressure and heart rhythm disturbances can be experienced. If left untreated, this could lead to cardiopulmonary arrest or stroke.

Usually, the pulmonary effects of huffing paint are short-term. However, when these inhalants are abused, this could lead to permanent pulmonary tissue damage. According to a study of a physician from Worcester, this abuse may cause critical levels of oxygen and this could lead to death.

According to a study of medical doctors from Chicago, chronically inhaling volatile drugs causes a variety of kidney disorders including renal tubular acidosis, a condition where the kidneys do not remove the acids from the blood. Although there are many inhalants adverse effects, the damages to the kidney and liver are usually permanent. Again, the chemical toluene is responsible for causing kidney failures.

In terms of liver disease or hepatotoxicity, according to a study published in the New England Journal of Medicine, hepatic dysfunction can be experienced after sniffing inhalants especially when the patient is exposed to chemicals called trichloroethane and trichloroethylene.

Sudden Sniffing Death Syndrome (SSDS) is caused by cardiac arrhythmias, asphyxia, and cardiac trauma. According to a study of physicians from Germany, a risk of a fatal event is increased when people inhale paints intentionally. In this study, not only the chemical toluene is responsible for causing fatal events but also the chemical isobutane. According to a study of a doctor from Singapore, aside from paints, huffing air duster also causes high levels of toluene in the blood and high levels of toluene residuals in the lungs.

Additionally, take note that even those who do not huff may experience this effect. As stated in the Hawaii Department of Health, 22% of inhalant users who died had no history of previous inhalant abuse. These patients are first-timers. According to a study published in Human Toxicology, SSDS is the leading cause of death due to the use of inhalants and another reason why this occurs is when a patient is startled when caught doing the inhaling act. 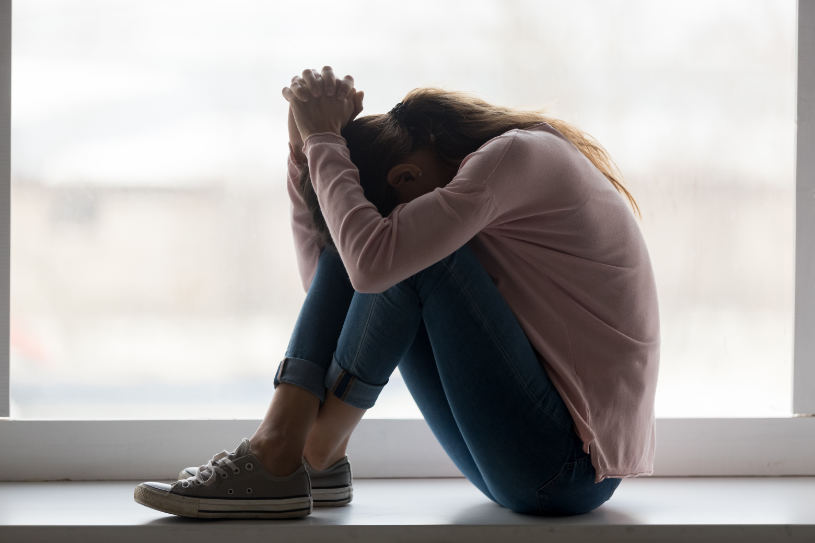 Who Is Most At Risk Of Huffing Paints Abuse And Addiction?

Everyone who can avail of varnish products is at risk of huffing spray paint abuse. However, based on statistics, teens or adolescents, especially 14-year-olds, are the ones who are most at risk of this inhalant abuse and addiction. Usually, people would spray the chemical in a rag and then the rag is sniffed.

According to Medical Doctors from Washington, The Following Adolescent Groups Are Considered Most at Risk of Abuse:

According to doctors from Virginia, those teens who are experiencing family problems are also at risk of huffing spray paint abuse. These family problems include escaping their homes, breaking house rules, and arguments with parents. Because of this, parents are highly encouraged to be vigilant with the abusive behavior signs of the children in their homes. There are drug intervention services and addiction specialists who can help families recover from substance abuse and addiction.

Sniffing paint may look normal for other people especially when unintentional huffing is done. However, many teens all over the world do this intentionally. Although this provides them their desired effects, this abusive behavior imposes dangers to both their physical and mental wellbeing.

Fortunately, there is hope for those who want to quit inhalant addiction and abuse, and this is through the help of resources. Remember that nasal spray addiction cure is also possible. Although addiction recovery might not be as easy as it seems, with the help of professionals, successful recovery awaits. Patients who want to undergo drug addiction and abuse treatment may consider getting involved with narcotics anonymous meetings. Since there is still a global epidemic, addiction treatment during this time of the COVID-19 pandemic is still possible as there are online NA meetings as well. Surely, with these treatment options, abuse and addiction relapse can be prevented.