Gas is one of the volatile compounds or inhalants that are prone to be inhaled by many people. Although sometimes, inhaling this substance is unintentional, petrol sniffing can start as an experiment or a temporary escape from everyday problems. However, this pattern of behavior often leads to addiction and causes serious side effects of inhalants. According to a study of medical doctors from India, 60% of those who inhale gasoline fumes experience behavioral changes or similar symptoms. Since these changes may affect not just the well-being of a user but also the social life, learning the dangers of petrol sniffing is necessary.

In this article, information about what huffing gas is, how it affects the body system, huffing gasoline side effects, signs of huffing gas addiction and abuse, withdrawal symptoms of petrol sniffing, and how to recover safely from smelling gasoline addiction will be provided.

What Is Huffing Gas?

Huffing gas or sniffing petrol is an activity wherein people inhale gasoline fumes by breathing it through the nose or mouth. According to a study published in the Industrial Psychiatry Journal, this activity is a sign of addiction that is extremely dangerous and may cause irreversible damage to health. Once patients inhale gasoline fumes, it enters their lungs and then bloodstream, through which all the dangerous substances are being transferred to the brain and other organs. Although it is legal for 18 years old above to possess petrol or solvents for industrial purposes, sniffing these volatile substances is illegal and can lead to criminal prosecution.

What Does Huffing Gasoline Do?

Based on Gasoline’s chemical structure, it contains hydrocarbons. In compliance with the National Institute on Drug Abuse, huffing gasoline affects both the central nervous system and the brain because these hydrocarbons slow down their activity. Take note that it does not only affect the lungs of the user but also induces nerve and brain damage. Aside from this, according to a study published in the Canadian Journal of Psychiatry, when abused, it causes environmental and social deficiencies that can affect the career and personal relationship of the user. 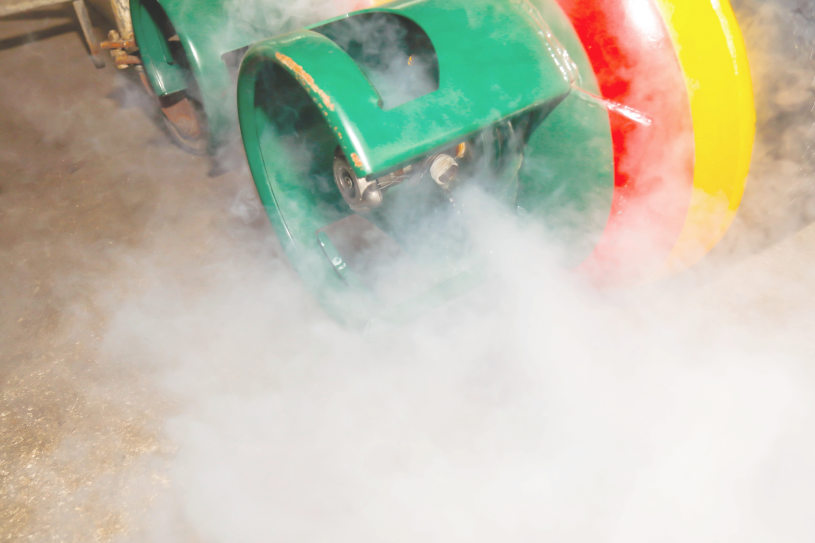 Just like dust-off inhalants, huffing gasoline also comes with physical and psychological side effects. According to the Centers for Disease Control and Prevention, it would only take 1-2 minutes for users to be intoxicated and experience dangerous health effects.

Short-Term Side Effects of Sniffing Petrol

Take note that even short-term exposure to this substance may cause dangerous effects. Whether intentionally or unintentionally, this substance alters both the physical and mental health of a person. According to the Illinois Department of Public Health, even small amounts of petrol vapors can already cause adverse reactions.
Some of the Physical Short-Term Huffing Gasoline Effects Include the Following:

Aside from the physical side effects, short-term psychological effects are also possible when people inhale gasoline fumes. According to a report from the Singapore General Hospital Department of Internal Medicine, some of the short-term mental effects of sniffing gasoline include the following:

In the same report, it was stated that this short-term huffing gasoline side effects or intoxication, if untreated, could lead to dependence. In case this happens, considering a medical intervention would be a great choice to safely and properly wean off the substance.

Moving on to the long-term effects of huffing gasoline, according to a study published in Clinical Pharmacology, huffing gasoline affects the different systems of the body, especially during an overdose. Take a look at the information below:

According to a study of a physicians from the United Kingdom, the central nervous system is the most vulnerable one to the toxic effects of inhalants such as petrol. Although the effects from acute exposure are reversible, this time, the effects of chronic smelling gasoline are irreversible. Some of these permanent effects include cerebellar damage, cranial nerve damage, peripheral neuropathy, and bone marrow damage. Also, take note that sniffing glue effects may also induce the same adverse reactions.

With regards to the respiratory system, sniffing gasoline or smelling paint causes emphysema and Goodpasture’s syndrome. According to a study published in The Eurasian Journal of Medicine, 90% of gas sniffers who suffer from inhalation injury can recover completely. However, the remaining percentage may develop long-term complications such as respiratory infection and pneumonia that could lead to death.

According to a study of medical doctors from Alabama, accidental or intentional sniffing gasoline induces heart failure, cardiomegaly, acute coronary syndrome, cardiogenic shock, myocarditis, and cardiac arrest. Moreover, in the same study, it was reported that users with pre-existing heart problems may experience an exacerbation of their condition when exposed to gas inhalation.
Moreover, according to a study published in Pediatrics Child Health, if these cardiovascular effects are not treated immediately, this could lead to a fatal condition called Sudden Sniffing Death.

According to a study of doctors from Nigeria, petrol sniffing causes liver injuries such as jaundice, cirrhosis, and hepatitis. With regards to kidney toxicity, according to a report of physicians from Canada, long-term huffing gasoline side effects include renal tubular acidosis, hematuria (presence of blood in the urine), and proteinuria (increased protein levels in the urine).

Indeed, even though gas is a common industrial solvent, it still possesses health dangers, especially when it is abused or misused.

According to the US Department of Health, as of 2015, around 3.2 million individuals (average age: 17 years old) in the United States are addicted to sniffing gasoline. In the same report, it is stated that physical and psychological addiction is possible when it comes to sniffing gasoline.

From a social perspective, petrol sniffing affects both the physical and mental behavior of a user and these changes occur due to their dependency on toxic fumes.

Some of the Physical Signs That One Is Huffing Gas Include:

According to a study published in the Indian Journal of Psychiatry, negative behavioral patterns may surface as well when one is dependent, addicted, or is abusing gas or other solvents. Some of these include:

However, there is hope for those who want to quit sniffing gasoline or other solvents. Just like addiction to nasal spray, although this may be uneasy, there are treatment stages for every addiction. Together with medical professionals, a relapse prevention plan can be created and a person would never have to suffer from inhalant addiction again. 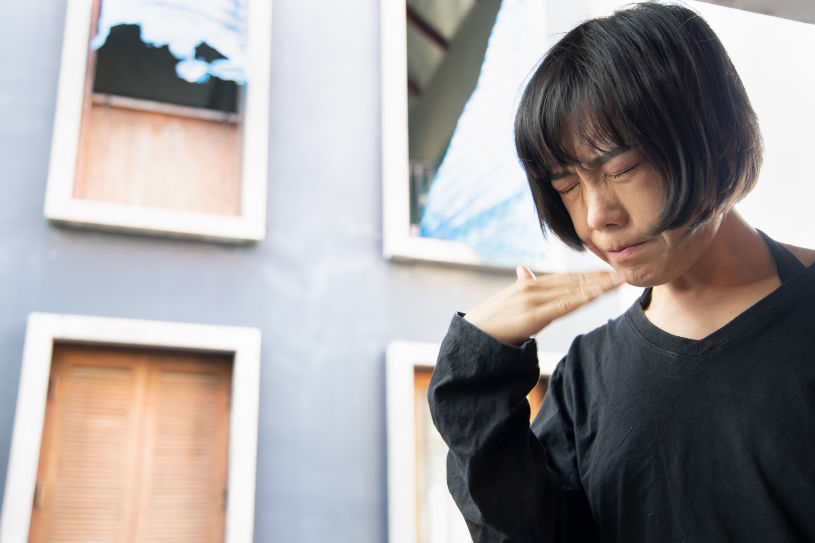 Who Is Most At Risk Of Smelling Gas Abuse

Substance addiction and abuse refers not only to adults but also includes the youth. According to the National Institute on Drug Abuse, preteens and teens are most at risk of huffing gas and other solvents. In 2020, around 6.1% of eighth-graders in the United States have used inhalants and this age group is relatively high compared to the 10th and 12th graders with a percentage use of 2.9% and 1.1%, respectively.

Take note that when a gas sniffer abruptly stops inhaling these solvents, gas withdrawal may occur. Although withdrawal symptoms tend to be mild, these require to be treated as soon as possible. According to a study published in the Journal of the American Academy of Child and Adolescent Psychiatry, the most common withdrawal symptoms related to sniffing gasoline include:

In case any of these withdrawal symptoms from smelling gasoline behavior start to appear, it is advised to seek emergency medical help as soon as possible. To avoid the dangers of withdrawal, patients may consider getting detox treatments from rehab centers.

Whether one accidentally or intentionally exposes himself or herself to the substance, this may already cause health effects. Furthermore, if intentional, one may develop addiction and dependence on the substance. Even after one quits smelling gasoline, in some cases the damage on his/her organism is already done. That is why it is of paramount importance to recognize a gas abuse problem.

Needless to say, abstaining from huffing gasoline or any inhalants, such as, for example, whippets drugs completely is the only solution for a person addicted to petron. Although there are different treatments such as motivational and cognitive-behavioral, treatment and recovery are based on building a strong support system. This includes finding new ways to cope with everyday problems. Finding a new and healthy coping mechanism can be a great challenge for users, as well as professionals who provide counseling. Building a strong support system such as joining sober companions is the key to a successful recovery.