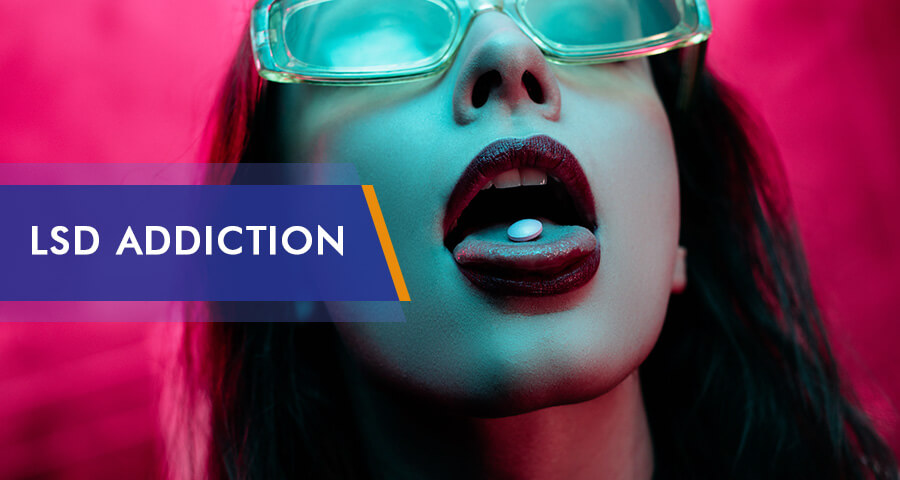 Despite not having established withdrawal symptoms and physically addictive properties, LSD use can lead to psychological dependence and addiction. It produces intense effects depending on the user’s moods and may lead to unwanted occurrences such as death and self-inflicted harm.

LSD is more commonly known as acid. Scientifically, it is referred to as lysergic acid diethylamide, which is a chemical derived from the fungus ergot. LSD is a hallucinogen that alters a person’s senses and mood, taking him or her to another ‘state’ such as when hallucinating.
LSD was originally derived from ergot to cure headaches but turned out to be useless for such purposes. The substance was declared illegal in 1949, two years after it was introduced as a psychiatric drug.
While some recent preliminary studies suggest that LSD can be used to treat alcohol addiction, it remains an illicit drug without any medical use at present. The claim requires further studies and careful consideration, due to its very strong hallucinogenic properties.
The substance is currently sold in the street as capsules, tablets, liquid, and in absorbent paper. A piece of paper with LSD is considered one dose, which commonly allows the user to experience at most 12 hours of ‘acid trips.’
Among those who use the substance, names for this drug range from acid, acid blotter, doses, to tabs, trips, and microdots.

This is a difficult question to answer. According to CESAR (The Centre for Substance Abuse Research) LSD “does not produce compulsive drug-seeking behavior that is typical of addictive drugs, such as crack and heroin.” Because LSD does not make users start behaving in such ways, we can safely say that it is not addictive the way other drugs are. This in no way makes LSD a safe substance to abuse. The effects of doing so can be as dangerous and in some ways even more frightening than with other drugs.

LSD- a Different Kind Of Drug

LSD is unlike many other hallucinogenic drugs, meaning that its users don’t feel the need to continuously seek out a high, whether or not it’s harmful to them. The brain is also affected differently while on LSD, as opposed to most other drugs, it doesn’t crave abusing the drug constantly. The fact that users can control how often they use it is a reason why it is not considered addictive.
The brain gets used to the effects of LSD very quickly, making repeated abuse pointless because the same doses simply won’t work. This is because when LSD is abused it causes a strong intolerance syndrome. For most other drugs building up a tolerance is considered part of the addiction cycle, but with LSD the side effects may actually be what steers people away from addiction.
An LSD user once described taking the drug as going on a very intense ride, that in some place can be difficult and tiring and in others pleasant. But when user gets off that intense and draining ride, the last thing they want to do right away is to start all over. This describes how the nature of the LSD trip can in itself keep people from falling into addiction. 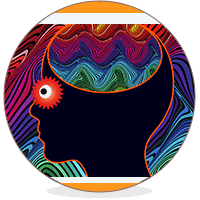 Within 30 to 90 minutes of taking LSD, users often experience an altered state of mind rather than a change in physical status. Emotions and moods are likewise altered and may change from one to another during a ‘trip’.
Taking LSD in high doses causes hallucinations and a loss of the sense of time. The most common description of what LSD users experience is the ability to ‘hear colors and see sounds’. Some are amazed by this particular effect while others are frightened. Depending on the person’s mood before taking LSD, he or she may feel despair, fear of many different things including insanity and death.

Yes, LSD can be very dangerous. LSD is considered one of the most powerful recreational hallucinogens. Tolerance to this drug can build up in as little as a week, and long-term LSD abuse can cause schizophrenia and severe delusions.

Most deaths related to LSD abuse occur as the user becomes ‘high’, and jumps off a building due to a belief that he or she can fly, or some other emotion triggered by the drug.
Physical effects include increased heart rate, blood pressure, and temperature. Taking LSD also causes sleeplessness, loss of appetite, increased sweating, tremors, and salivation or dry mouth.
LSD users may not suffer from withdrawal symptoms when they cease taking the drug, but they are subject to flashbacks even after a week, month, or year. This condition is called hallucinogen-induced persisting perceptual disorder or HPPD, wherein parts of their ‘trip’ occasionally come back even when they have long stopped using LSD.
Statistics from the 2013 National Survey on Drug Use and Health (NSDUH) show that more than 24.8 million people have used the substance at least once in their life. From 2012 to 2013, more than 1.1 million people admitted having used LSD.

Side Effects of LSD 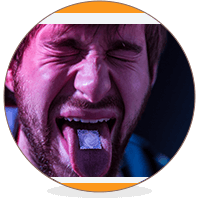 The side effects of taking LSD are a great deterrent from addiction. They do not encourage constant and repetitive use, therefore, making it difficult to create a habit of using. After taking LSD people will often need a longer period of time to recover and reorient themselves in order to process what they experienced while on the drug.

This process can be extremely unpleasant and discourages users from seeking out that feeling again for a long period of time. This is different from other drugs after which users often try and reverse the effects of withdrawal by quickly using again. Also, there is never a guarantee that using LSD will be pleasant in any way because the drug can produce adverse reactions in its users, known as a bad trip.

LSD bad trip can cause:

These feelings can become so real and intense that they can lead to extreme consequences in real life. People have been known to self-mutilate, have violent outbursts causing harm to others, even committing homicide. Suicide is also a real and present threat when users become convinced that they are no longer living in reality, which may lead to suicide attempts.
These side effects cause drug users to treat LSD with a form of respect, not treating it lightly as a recreational drug. Many drug users refrain from ever taking LSD to avoid the possibility of a bad trip.

The Consequences of a Bad Trip

One bad trip can have lifelong consequences. If someone goes through such an experience it is likely that they will never use the drug again. It can leave users with flashbacks, or recurrences of certain scenes or feelings they experienced while on the drug. These flashbacks happen without warning and out of nowhere and can keep happening for years after the initial experience, according to NIDA (the National Institute of Drug Abuse).
Just because a drug is not classified as addictive, by no means does it mean it is safe. The whole reason why it is considered non-addictive is that the experience of taking it can be scary enough to make people never want to use it again. The risk of a bad trip and the lasting effects that may follow should serve as a pretty big deterrent.

Taking LSD can have potentially dangerous side effects that can be fatal. There is no way to predict when they may occur nor is there a way to prevent them. All of this combined is why LSD is still a schedule I substance under the Controlled Substances Act.

Dangers of LSD Abuse and Addiction

LSD is considered as one of the most potent hallucinogens in the country. The National Institute on Drug Abuse states that tolerance on the drug can build up in less than a week of using the drug daily. Within a very short period, a user may need ever increasing doses to achieve the same ‘highs’ as before. A quarter of an inch of LSD-soaked paper can be powerful enough to instigate 12 hours of trips.

What are effects of taking LSD?

The effects of taking LSD include:

Yes, LSD addiction, or at least abuse, is treatable. It is essential to undergo a treatment before suffering from a bad LSD trip or overdose. Because of the strong chemical effects of the substance, an inpatient treatment program is the most effective rehabilitation for LSD addicts.

Before someone suffers from a bad LSD trip and overdose, it is essential to find a good and reliable treatment center that will help to overcome addiction. It is never too late to stop, and there are plenty of ways to begin a new life without LSD.

Inpatient treatment facilities offer comprehensive rehabilitation programs for LSD users. The most advanced facilities offer modern medical equipment, have well-trained professionals, and provide behavioral and physical therapies that will help patients overcome cravings and flashbacks. Support is also guaranteed when one will register for a complete inpatient rehab. Patients have to receive different methods of treatment depending on what suits their particular condition, personality, and needs. With the right inpatient treatment, the worst is prevented from happening, and the patient is given another chance to live freely without the use of drugs.