Tramadol is an opioid painkiller, similar to other drugs like Oxycodone and Hydrocodone. It is taken for moderate pain, and is prescribed in 50 mg tablets.
Like all Opioids, Tramadol can be abused and addiction is possible. In some cases, even those who use the drug as prescribed by their doctor will develop a tolerance to the drug. When that occurs, more and more of the drug is needed to achieve the same results.
Addicts may also suffer from withdrawal symptoms if the drug is discontinued. These symptoms may include depression, flu-like symptoms, or irritability and mood imbalances.

Tramadol and Its Effects 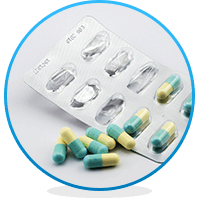 Tramadol may go by the street names “chill pills,” “Ultra,” or “trammies.” It is prescribed for moderate pain caused by surgery or ongoing conditions, such as fibromyalgia. Although it decreases pain by binding to opioid receptors in the brain similar to other pain medications, it is milder than Oxycodone, Hydrocodone, and Morphine.
It can be very effective in the treatment of mild pain, but it is one of the mildest prescription pain medicines available. It can still be addictive, however, especially for those who abuse it, or those who are on it for long periods of time.

Is the drug tramadol addictive?

Yes, tramadol is addictive, particularly if taken at higher doses, or for a longer period, than prescribed. Tramadol is used for moderate pain, ranging from surgery to conditions like fibromyalgia. Tramadol is classified as a Schedule IV substance, and consuming it for recreational purposes is not only dangerous, but also a criminal offense.
Despite being milder than many other opioids, it is still classified as a Schedule IV substance. Taking Tramadol for recreational purposes is a criminal offense.
People may abuse Tramadol because it causes a sense of extreme relaxation or euphoria. Those who have severe pain may take more than recommended in an attempt to treat their conditions. Although it is often prescribed verses other pain medications with higher addiction risk, Tramadol is still dangerous when abused and should never be used in a way contrary to a doctor’s recommendations.
Tramadol is a depressant, which means it slows down the function of the central nervous system. It slows the rate of lung and heart function, and overdose can lead to lowering of these functions to dangerous levels.
Those who are suffering from a Tramadol overdose may experience:

If someone is taking Tramadol, and is experiencing these or other troubling symptoms, immediate medical attention is required. 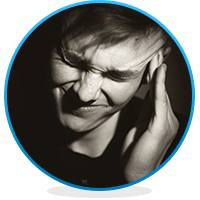 The signs of tramadol abuse include:

Tramadol abuse may not be plain to see. Many times a person who is abusing drugs try to conceal the fact, and inadvertently, leads others to the suspicion of drug use. For those that are abusing or are addicted to Tramadol, there are signs to be watchful of. Signs of abuse or addiction include:

Displaying a sudden lack of interest towards family, friends, once loved activities, etc.

Users often combine Tramadol with other substances in order to heighten, or dampen, its effects. These substances often make Tramadol far more dangerous than either of the drugs alone. Common drugs used in combination with Tramadol include:
Alcohol – Since both substances are depressants, alcohol and Tramadol combos are especially dangerous. Taking too much of either, or both, can lead to dangerously low respiration, blood pressure, or heart rate. Unconsciousness may occur and can lead to death.
Sedatives or Hypnotics – Like alcohol, these are also depressants and can lead to the same negative effects as combining Tramadol with alcohol.
Other Painkillers – This may be done to heighten the pain killing effects, but it also increases the risk of overdose, especially when combined with other opioids.
Cold Medications – These often contain sedatives and similar ingredients, which may increase the risk of overdose.
Tramadol is also more addictive when combined with other medications and drugs, especially those with similar properties. The risk of serious or life-threatening combinations also increases with every additional drug or substance taken.

While anyone can become addicted to a prescription pain medication, there are certain risk groups who may be more likely to succumb to addiction, or to try abusing a prescription medication they obtained from someone other than physician:

If someone notices any of these symptoms in themselves, or in a loved one, seek medical attention. Because Tramadol is one of the milder opioids, symptoms may not become immediately apparent. By the time they are picked up on, tolerance has often already occurred.

The first step in treatment for a Tramadol addiction is detoxification. This is the process of allowing the drug to exit the body. Withdrawal symptoms are common during this period, and they can be very uncomfortable, or even deadly. It is highly recommended that withdrawal symptoms be closely monitored by a medical professional to ensure fatal reactions don’t occur, and so symptoms can be safely managed without relapse into drug use.
This is best achieved in an inpatient drug rehabilitation facility with trained addiction experts.
Once detox is complete, ongoing counseling and support is required. Counselors can give direction on dealing with cravings, managing pain symptoms without drug use, and dealing with underlying issues which may have contributed to the drug abuse.
Counseling in an outpatient capacity is often continued for months, or years, after the initial rehabilitation is complete in order to provide encouragement and to keep patients on track.