Tramadol and Alcohol and Other Tramadol Drug Interactions

In the treatment of moderate to severe pain, tramadol is a drug frequently used. As an opioid pain reliever, it comes with higher abuse potential, and it needs to be taken with care. There is the risk of addiction as well as overdose, which can be fatal.

Many people use the drug in combination with alcohol or other drugs and medications. Using tramadol and alcohol or other substances can result in certain undesirable tramadol interactions. This article will discuss those and their effects.

Why Do People Mix Drugs?

Drugs should not be combined except one has their doctor’s express permission. Despite this, many people mix drugs together.

They do this because they feel that combining drugs will have more significant effects than using a single medicine on its own. That is why some people will mix two analgesics like tramadol and ibuprofen.

However, there are dangers associated with combining drugs in such a manner. They can be minor, such as the effects taking longer to wear off, but they can also result in significant and potentially fatal consequences. People who indulge in mixing drugs may not be aware of this.

Tramadol is an opioid, and one of the most significant effects that opioids have is that they depress a person’s respiration due to the general depressive effect they have on the CNS. Alcohol similarly causes central nervous system depression. 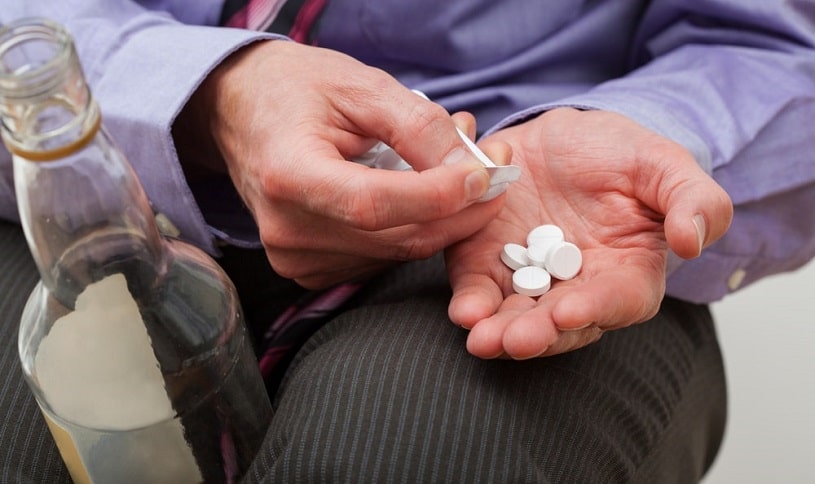 When one takes tramadol with alcohol, these effects pair together for a more substantial effect. The danger in this is that it can cause a level of respiratory depression which can be fatal or cause significant brain damage due to oxygen deprivation. It is much easier to overdose on Tramadol when these drugs are combined.

Looking at visits to emergency departments, a study found that 14% of visits had tramadol and alcohol as culprits. Most of these people were under the age of 34.

In 2017, another study found that overdose deaths on opioids had alcohol involved 14.7% of the time.

Side Effects of Mixing with Alcohol

Several side effects might arise from using tramadol and alcohol together. Many of these effects are due to the fact it reduces CNS activity.

Overdose is a risk with any medication when it is taken in a large dosage. However, the risk of overdose with many medications is increased when it is combined with other substances. This is the case when using tramadol and alcohol.

Overdose Can Manifest With the Following Symptoms:

Addiction to tramadol and alcohol can destroy a person’s life. Their life at work, school, and socially will fall apart. Addiction will also take a substantial financial and physical toll on them. Addiction can be challenging to get past and will usually require specialist medical help.

Mixing tramadol with ibuprofen is common practice as both of these medications are analgesics. People with severe pain may use these drugs in combination as they believe the effect will be more potent.

This is a correct notion, as has been proven by animal studies. While tramadol and ibuprofen are both analgesics, they work through different mechanisms. It can allow for more effective pain relief, mainly when one drug doesn’t do the job well enough.

However, it is essential to inform the doctor before using multiple drugs in such a manner. Medications like ibuprofen can cause gastrointestinal bleeding when used in individuals with certain risk factors.

In an animal study, combining tramadol and gabapentin was shown to have a synergistic effect in managing pain, indicating that these drugs work more effectively in combination.

However, these drugs should only be combined with permission from a doctor. Gabapentin has a similar depressive effect on the respiratory system, so tramadol interactions with it can be severe.

Prozac, also known as fluoxetine, is an antidepressant drug. However, it belongs to a group of drugs known as SSRIs, which are used off-label in the treatment of chronic pain. This fact may lead to individuals combining these drugs to take care of pain. They may also be combined unintentionally by people who are already on routine Prozac. 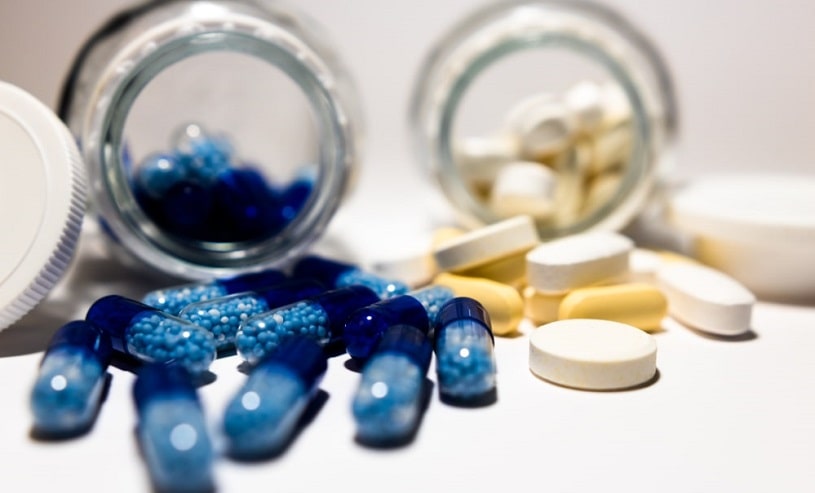 There is a rare but potentially fatal condition among tramadol interactions that can occur when these drugs are used together. It is known as serotonin syndrome and occurs when there is a dangerously high serotonin level in the system. It typically results from too high a dose of a drug that increases serotonin levels or combining more than one medication that does this. The latter is the case when using fluoxetine together with it.

Serotonin syndrome can result in a coma or death when severe. Most cases can present with various symptoms such as hallucinations, seizures, confusion, fever, vomiting, diarrhea, tremors, and so many more.

The above are some of the drugs that are most commonly combined with it. However, there are many more drugs that it can react with.

Tramadol is an opioid drug that can prove to be very helpful in individuals who deal with severe pain. However, it can have interactions with many medications, some of which can be fatal. It is essential to let a doctor know which drugs are being used and inform them if any medicines will be added to it.

This will help an individual remain safe from the potentially fatal side effects of tramadol interactions.