Dissociatives, which are also known as dissociative anesthetics, belong to the psychedelic drug group. An individual affected by the drugs of this class experiences disconnection with the surrounding environment, the feeling of separation from the self, and also altered sensory perception. Even though some people may try these types of drugs to discover a new experience, they should be aware of the possible unpredictable effects dissociative drugs can have on the health and mental state of a person. Some of these effects can include seizures or severe muscle contractions, aggressiveness or violent behavior, anxiety and depression like symptoms. 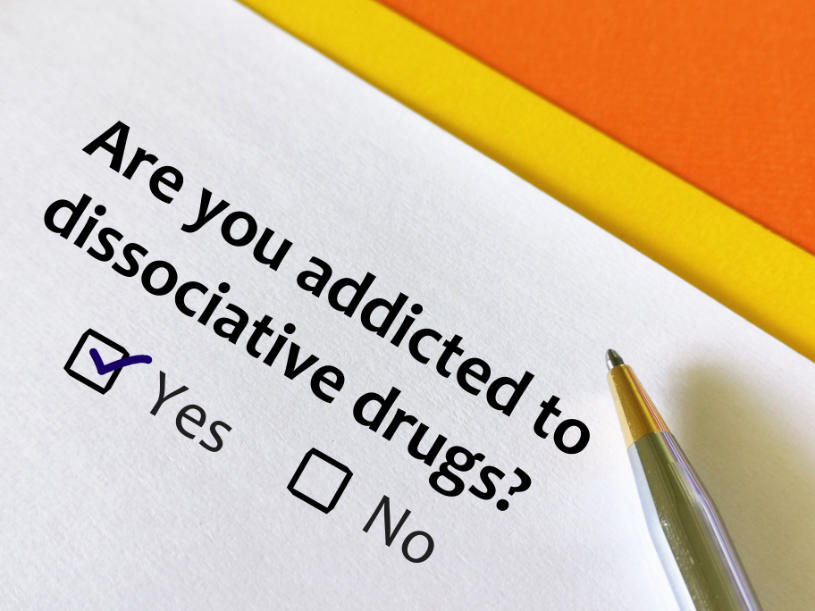 What Is A Dissociative Drug?

Dissociatives drugs list can be divided into two categories: legal and illegal. The first ones are used as anesthetics or cough and cold medications, while the second ones are related to abuse. Both of them are referred to the hallucinogenic drug class.

Here is what one should know about the mentioned substances in a nutshell, so the dissociatives drugs list is as following:

Considering the possible dissociative effects, some people may use them to experience a state of euphoria. However, abusing dissociatives may cause discomfort or panic-related states as well as lead to mental disorders and psychological dependence.

How Do Dissociative Drugs Work?

For a better understanding of how dissociatives work, one should imagine the entire process as signal blockage. Specifically, such drugs block out the signals sent by diverse parts of the brain to the conscious mind. It is worthy of mentioning that dissociatives also affect an important neurotransmitter – glutamate – which is critical for cognitive function, perception of pain, and emotions.

The best thing to have a positive experience with the drugs under consideration is to learn more about how dissociatives work. Because such drugs also impact glutamate, some people may experience pain relief, while others have hallucinations and experience trance states to a certain extent. If nerve cells do not release enough of glutamate or, on the contrary, release more glutamate than needed, the effect of a particular drug would differ as well.

Dissociative drugs belong to the class of hallucinogens and also share some effects with the common representatives of that class. There are risks of addiction to the common dissociatives as well as an overdose on them. For that reason, knowing the symptoms, one can start rehabilitation before the problem becomes too serious.

Dissociatives vs Psychedelics: What Is The Difference?

The psychedelic drug category unites three groups, namely, cannabinoids, serotonergics, and also empathogens. The reason why all these groups belong to one category is due to the fact that their consumption results in some unfamiliar states of consciousness. As a comparison, dissociatives produce some magnified states of consciousness which are, nevertheless, familiar to a person. Psychedelics modify cognition working against the serotonin receptors.

Dissociative drug effects in comparison with psychedelics have the following manifestations:

Psychedelics effects establish themselves in the following conditions:

In such a way, despite some similarities between the effects of dissociatives and psychedelics, there are some profound differences as well. Besides, it is crucial that psychedelics produce many effects even when the dosages are not large, unlike with dissociative hallucinogens.

Dissociative Drug Effects on The Body

There are short-term and long-term effects of dissociative drugs on health. Despite the duration of the effects, the principle of drug’s work is always the same – the disruption of the glutamate activity concerning NMDA receptors. Below, there are major differences between dissociative effects in the context of their duration.

Dissociative drug effects may result in feelings of dissociation from the self and the environment, floating feeling, and also causes visual, as well as auditory distortions. Also, one can experience such dissociative effects as:

These effects directly depend on the dosage and the user’s perception of the drug. The side effects named above are considered to be the general ones. At the same time, however, some effects may be rather dangerous and characterize a particular drug in this class.

Drug-Specific Short-Term Side Effects Of Dissociatives

Dissociative drugs side effects that last longer are not that well investigated yet. Nevertheless, a regular intake of PCP, for instance, is likely to facilitate the occurrence of drug tolerance and, as a result, the development of dissociative drug abuse.

Despite the long-term effects of dissociatives require further investigation, the drug-specific ones may include:

These long-term side effects may last for years and transform into chronic conditions. As soon as one stops taking PCP, they experience withdrawal syndrome. That’s why it is always better to stop the use of dissociatives under medical supervision in a rehab facility.

According to the National Survey on Drug Use Health around 7.1 million people aged 12 and older reported using dissociative or hallucinogenic drugs in the past 12 month in 2020. Thus, dissociative abuse is not rare. There are several ways of abusive dissociatives ingestion: via snorting, intramuscular injection, oral intake, or by inhaling. Сonsidering the hallucinogenic side effects and the fact that the majority of dissociatives are accessible and legal, many started to misuse the drugs. People abuse dissociatives at night clubs and home parties, with friends, strangers, or alone. In every case, they are driven by the desire to get that feeling over and over again, escaping from reality and routine life. Taking this into account, it is critical that one is aware of all the possible consequences of dissociative drug abuse, and also rehabilitation procedure. 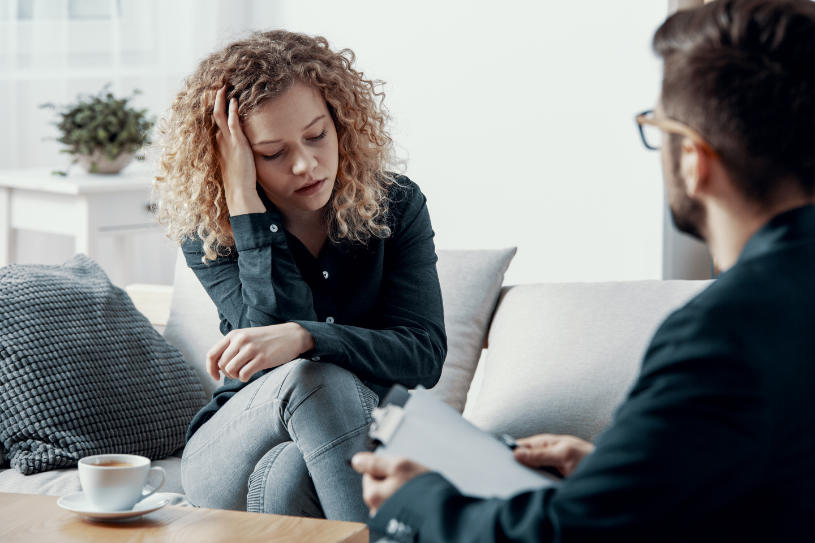 Dissociative drugs can cause addiction. The problem with any drug in this class is that a person may even not understand that addiction evolves. Thinking about why dissociatives are addictive, one should consider the individual perception of the drug. Typically, such drugs become addictive as soon as one systematically uses higher doses or continues to take medium doses when it is not needed. When one notices such changes in one’s own behavior or someone else’s behavior, it is better to have a consultation with a specialist and find the proper substance treatment.

Dissociative drug addiction can manifest itself in several signs that are important to recognize in order to help a person cope with addiction. These symptoms can be roughly divided into physical and psychological symptoms and are similar to those of addiction to hallucinogenic drugs.

Some of the physical and psychological signs of dissociative drug addiction are as following:

Can One Overdose On Dissociative Drugs?

First and foremost, one should remember that there is a risk of overdose from any dissociative drug. While some medications are likely to cause severe overdose, others have milder symptoms. Knowing all the symptoms, it is easier to combat the overdose of dissociatives and prevent similar cases.

The common signs of dissociatives overdose are as follows:

There are also specific symptoms of overdose. They include:

As for the Ketamine overdose, benzodiazepines are widely used in cases of agitation, while glycopyrrolate is applied when a considerable amount of salivary secretions appear. For the DXM overdose, stomach pumping and exercises for even breathing are needed. Besides, benzodiazepine is applied in cases of spasm. Nitrous Oxide becomes dangerous and unpredictable if taken together with other drugs, alcohol, or nicotine. If one passes out, there is a need for mouth-to-mouth resuscitation. Finally, if it is clear that one has overdosed from Salvia, antipsychotics may be prescribed.

In any of these above-mentioned cases, there cannot be proper medications on hand. Call 911 is the first thing one needs to do, and only after that provide general emergency assistance.

Patients who want to undergo dissociative drug addiction treatment safely can go to a rehab center, as it will provide patients with various stages of treatment and medication or drug interventions. Specialists at these centers will also create a relapse prevention plan for a more successful recovery. Furthermore, during the Covid-19 pandemic, there are online Narcotics Anonymous meetings. Detox medications and detox drinks will be available for those suffering from dependence and at-home detoxification guides are also available for patients if desired.