Dextromethorphan Overdose: How Much Of DXM Is Too Much?

Although DXM is considered a safe drug, taking an excessive amount can lead to dextromethorphan overdose. Therefore, dextromethorphan DSM substance class indicates its potential for abuse and, throughout the years, doctors have reported certain cases of overdose that have had fatal results. After these alarming reports emerged from all over the world, vigilance for excess intake in people with DXM addiction begun. How can one overdose on dextromethorphan? By taking an amount that goes well beyond the recommended dose. This might present with difficulty breathing as well as blurred vision. What other symptoms can be present? What to do in case of a DXM overdose?

According to the patent of the product, the maximum dextromethorphan dosage as an antitussive is 120mg.

It’s determined that a dextromethorphan overdose amount starts at 1500mg.

Signs And Symptoms Of DXM Overdose

Overdose symptoms of dextromethorphan cough medicine can go from mild to severe. Just as DXM levels of high vary, the symptoms can vary depending on the amount of medication taken as well. The intensity also changes depending on the individual metabolism and mixing with other substances, like a DXM and hydrocodone combination. The most common signs of overdose on dextromethorphan are:

Anyone showing DXM overdose symptoms requires medical attention. In rare cases, DXM psychosis can ensue. This is characterized by an onset of hallucinations and paranoia, which might make a person’s behavior dangerous. DXM come up differs according to the form, that’s why dextromethorphan polistirex overdose symptoms might appear later due to its prolonged-release feature.

Regular DXM tablets have an immediate effect, but dextromethorphan hbr overdose symptoms are the same. Therefore, it is hard to identify if a person took cough syrup with dextromethorphan in the form of HBr, Polistirex, or the combination of DXM and other substances. 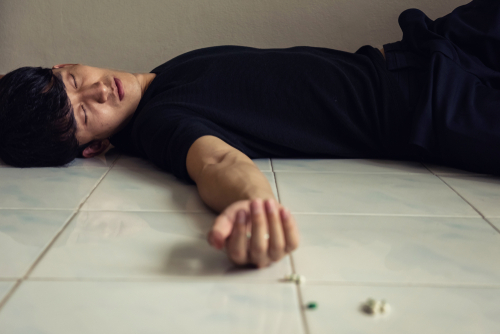 If the person manifests dizziness, starts vomiting, walks with an unsteady gait, or has dilated pupils, this could be one of dextromethorphan overdose symptoms anyway.

DXM overdose effects can be severe, including fatalities. Some of these side effects are:

Side effects of dextromethorphan overdose could lead to an accident if the person has a seizure while driving a vehicle. According to a report published in the United States in 2009, five teenagers died from a DXM fatal overdose. Teens were searching where to buy DXM and found it online. Despite findings of other drugs in teens’ systems, the coroner classified it as a DXM overdose death. But if recreational users cannot find pure DXM, it’s also elementary to find instructions on how to extract DXM from Robitussin to get the pure form. Unfortunately, these factors increase the number of DXM overdoses every year. 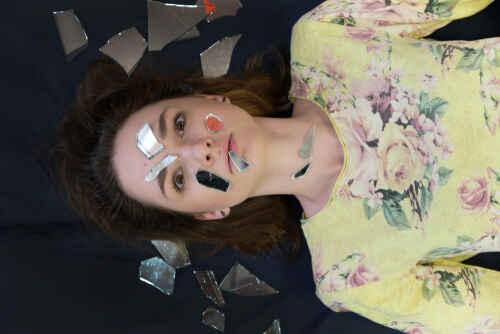 In susceptible people, taking an excessive amount of this drug can cause a manic episode. There have been cases in which violent tendencies have been observed in an agitated patient. There are also reports about the influence of dextromethorphan overdose symptoms on liver damage (specifically, when cough suppressant was combined with acetaminophen).

Conversely, there are no reports of the influence dextromethorphan overdose symptoms on brain damage. However, in cases of psychosis, the intensity of the episode can cause further damage to mental health.

It is crucial to have the pertinent information at hand in case of excessive intake of dextromethorphan.

Questions about the person and the usage of the drug will come up, and it’s important to be able to answer. Try to be accurate because DXM vs. ketamine overdose might look similar, so it will be helpful to specify what substance the person took. The medication used for treatment might differ. If possible, specify when the person took the DXM, how much medication was taken, and the strength of the drug. It’s also important to know the age and approximate weight of the person. If possible, bring the container or bottle where the substance was to the emergency room.

DXM overdose treatment might vary depending on the protocol followed by each hospital. Only medical professionals know how to treat DXM overdose properly. This is why it’s so important that the person gets medical attention as soon as possible. Depending on the severity of the case, different treatments can be used. Treatment for reversing a DXM overdose with Naloxone shows promise; however, other strategies are more widely used. A gastric lavage might be in order, to eliminate the dextromethorphan from the system. Another method used for this is the administration of activated charcoal. If symptoms are severe, the doctor might decide to provide breathing support and use drugs to control seizures in case these are present. 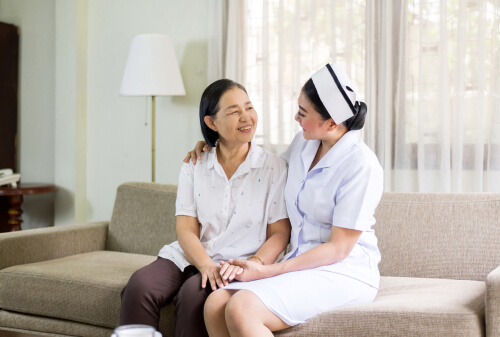 After the person is out of danger, the doctor might recommend a regime of DXM drug detox. Depending on the individual, this treatment can take place in an inpatient (with constant medical monitoring) or an outpatient facility. After the initial detox, the patient can choose to start a rehabilitation process, which can be in a residential setting or as an outpatient. The residential process has more supervision, and in both systems, there can be individual therapy as well as family and group therapy.

Taking too much dextromethorphan is easily preventable. If a medical professional recommended the dextromethorphan, following the instructions is the first step in achieving this. The case of emergency when the extreme amount of dextromethorphan taken is an alarm, and heading to a rehab facility can be vital. Therefore, it is imperative to inform patients about the possible consequences of arriving at an excessive amount of medication. To prevent such incidents among adolescents, parents, and teachers should conduct informative conversations.

It’s essential to look for a suitable treatment plan to start recovering a healthy quality of life and take steps to prevent any future adverse events.