The occurrence of side effects with proper use of DXM as prescribed by a doctor is very rare, and they do not constitute a threat. Less harmful side effects include nausea, vomiting, fever, dextromethorphan diarrhea, insomnia, and night sweats.

Hard side-effects are usually linked with abusing medicine for recreational purposes. Adverse reactions may appear while abusing all forms of this drug – syrup, tablets, caps, or pure DXM. Some abusers make DXM cold water extraction for getting pure form of a powder or crystals, and this method yields substances with higher potency and more adverse effects.

DXM side effects are actually numerous, ranging from psychomotor agitation and confusion to lack of coordination and “clumsiness.” Often, abusers ignore the occurrence of symptoms such as depression, hypo- and hypertension or skin rash, although they may indicate developing dextromethorphan addiction.

Dextromethorphan MOA relies on serotonin receptors, and in some cases, consumption of this medicine can induce serotonin syndrome. As the syndrome is potentially deadly, this constitutes one of the biggest DXM dangers.

The exact type of adverse reactions depends on the DXM dose. Starting from low doses, and using an increasing amount of medication dextromethorphan side effects include:

Dextromethorphan Polistirex side effects are linked with longer absorption time, while this form of the drug starts working slowly, it also takes longer to wear down. This form of the chemical has modified release dosage (longer DXM half-life). Reactions such as the feeling of dissociation and disorientation might last even longer when compared with dextromethorphan HBr side effects. 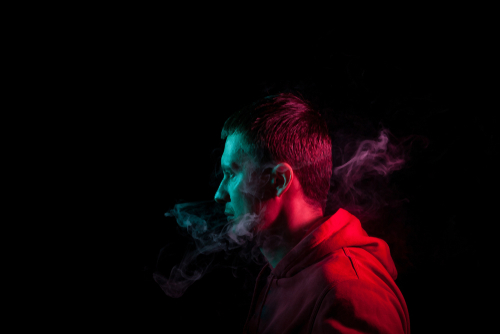 While these reactions are visible and easy to notice, there are other less prominent dextromethorphan side effects, blood pressure, for instance. Hypertension, as well as hypotension, occur as a result of the ingestion of the drug, so individuals with cardiac problems, should keep this in mind. Dextromethorphan allergy is another possible adverse reaction, so be sure to read the manual before use.

Recreational use (“robotripping” or DXM trip) is often linked with the consumption of various other drugs (alcohol, amphetamines, etc.), which only aggravates dextromethorphan short term effects.

Short term health effects of DXM have both psychological and physiological aspects and depend on the ingestion of other substances and drugs.

This medicine might also cause dry mouth, nose, or throat, profuse sweating, and “flushing”, which are frequent physiological reactions to the drug. Uncontrollable laughing, tongue biting, anhedonia, attention impairment, dysmnesia (memory problems) may also be observed.

Long term effects of dextromethorphan cause an order of magnitude more negative reactions. The study on cognitive deterioration from long-term abuse warns that prolonged consumption of this cough syrup drug affects all aspects of cognitive functioning and may cause the next DXM abuse long term effects:

These symptoms are linked with dextromethorphan brain damage.

Persistent delusional disorder is one of the worst DXM long term effects; in these cases, hallucinations and delusions of persecutions can be expected. General psychological instability and emotional lability are likely to occur after more extended “sprees” of abuse.

Even though dextromethorphan drug type does less harm to the body than most other drugs (hence its popularity), chronic use is likely to cause liver damage.

Dextromethorphan in pregnancy correlates with a higher frequency of congenital disabilities and other long term adverse reactions that impact both the mother and the child.

DXM toxicity is the leading cause of side effects. The negative reactions on the brain are linked with neurotoxic properties of this chemical. DXM liver toxicity is usually the result of chronic consumption. Hepatotoxicity of this cough syrup means that the liver becomes unable to get rid of toxins. DXM cardiotoxicity is low and usually related to pseudoephedrine, which is often used together with medicine.

Dextromethorphan polistirex toxicity causes less concern as this form of the drug has a slower release, which means that the onset of adverse reactions is more gradual.

The other popular form of this medication, hydrobromide, is absorbed much faster, which means that dextromethorphan HBR toxicity will be expressed more abruptly and drastically.

The neurotoxicity of the medicine still needs to be proven, which is why it’s safe to say that dextromethorphan neurotoxicity isn’t one of the main side effects. The toxic effects are usually managed through moderate use. The medicine’s toxic properties are often revealed through DXM hangover.

Liver damage, lower IQ, and other signs of cognitive deterioration, brain damage are the most frequent signs of chronic poisoning. Elimination of this poisoning should be also accompanied by removal tolerance to DXM. 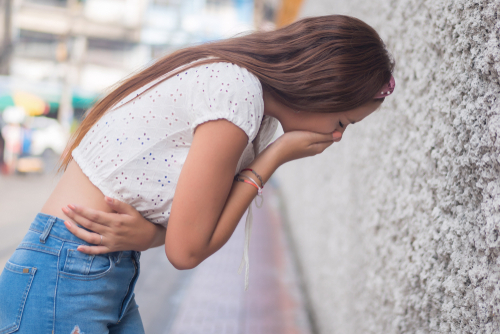 DXM bromide poisoning is related to salts that sometimes contain hydrobromide form of this drug. This form of intoxication is usually manifested by:

The Therapy and Rehabilitation for DXM Side Effects

Side effects of medication can be treated with a plethora of substance abuse treatment options. Cognitive Behavioral Therapy might help individuals with dextromethorphan depression. For more acute cases, like DXM psychosis (usually the result of mixing DXM and LSD), hospitalization is necessary.

Furthermore, many rehabilitation facilities treat chronic cases of dextromethorphan abuse. A combination of psychotherapy and institutionalization is advised for individuals that exhibit extreme symptoms of addiction.