Is Ritalin Addictive? The Hidden Dangers of Taking Concerta

Ritalin is a drug that’s commonly prescribed to patients as part of their treatment if they have the mental disorder ADHD. Although this drug is widely used, it is supposed to be used with caution because of a high probability of Ritalin abuse. Even though this drug can help manage the symptoms of ADHD, there are dangers to health and side effects that the patient needs to watch out for. Patients who don’t take caution may end up experiencing an overdose, especially if they mix the drug with alcohol.

Learn what to do in case of abuse, how to identify it and how to deal with Concerta crash once you stop the medication.

Ritalin, also known as Concerta, is a nervous system stimulant, Methylphenidate. It increases the amount of norepinephrine and dopamine in the brain, making it easier for the patient to focus and remember things. Concerta for ADHD is one of the most common drugs prescribed to counter the symptoms of the disorder. This drug is available under many different names, listed below. It is considered to be 70-80% effective in helping in the treatment of ADHD patients.

Other Methylphenidate Brand Names Include:

What Is Ritalin Used For?

Concerta for ADHD can help patients with the disorder manage their symptoms. Using it, the patients can retain focus a lot longer than they would without it. It is also used to manage the symptoms of narcolepsy, the neurological disorder that affects the patient’s ability to regulate their sleeping habits. Methylphenidate is one of the go-to drugs prescribed for this disorder and ADHD, and considering 9.4% of children in the US are diagnosed with ADHD, prescribing this medication is very common. 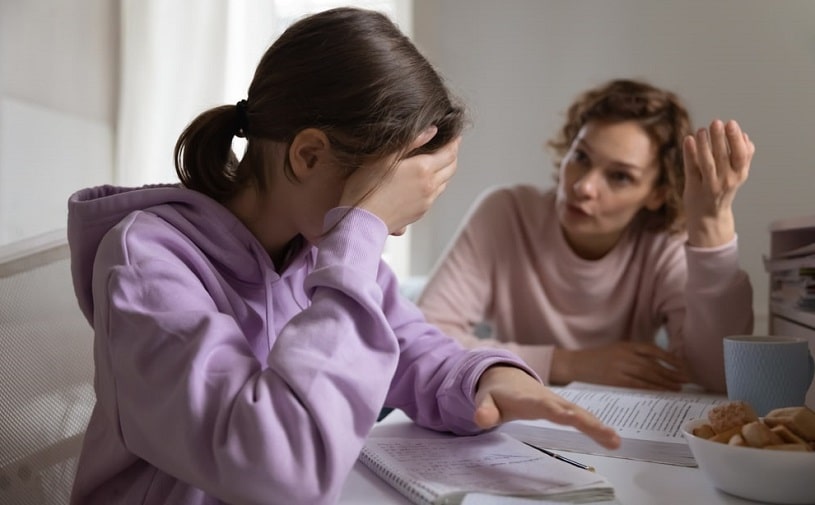 Among off-label uses, the drug has also been used in cancer treatments, depression treatments, selective Alzheimer’s treatments, and for patients having trouble with their cognitive function. However, since Methylphenidate isn’t meant to be prescribed in these treatments, using it off-label without a doctor’s advice can be very dangerous.

Even though Concerta for ADHD is commonly prescribed, it’s not a drug that should be used carelessly. The question of Ritalin addiction pops up frequently because it seems harmless.

So, is Ritalin addictive? The DEA has classified it as a Schedule II drug because it has a high potential for abuse. The immediate effects of the drug are improved concentration, increased mental sharpness, and sometimes even stimulating weight loss. Unfortunately, the effects are pleasant, putting users in a vicious cycle of Ritalin abuse.

Unsupervised use of Methylphenidate can lead to adverse side effects. Because the brain gets used to getting a “boost” from this drug, it can affect how it functions without it, proving to be very dangerous.

An example of Ritalin abuse can be seen when students use the drug to “focus better” on their studies. In a 2016 survey done with Universidade Federal de Minas Gerais students, it was found that from the 378 students who participated in the survey, 5.8% had used this drug for studying better in the last four weeks.

Another cross-sectional study was done in 2017 with undergraduate medical students at the University of the Free State. Out of 541 students, 11% were taking this drug to enhance their academic performance. Abuse like this can quickly turn into an addiction.

Signs and Symptoms of Methylphenidate Addiction

How to know if a loved one has become an addict of Methylphenidate? Like with many other drugs, one can tell.

Therefore, Here Are the Signs to Look Out For:

Can One Mix Ritalin and Alcohol? 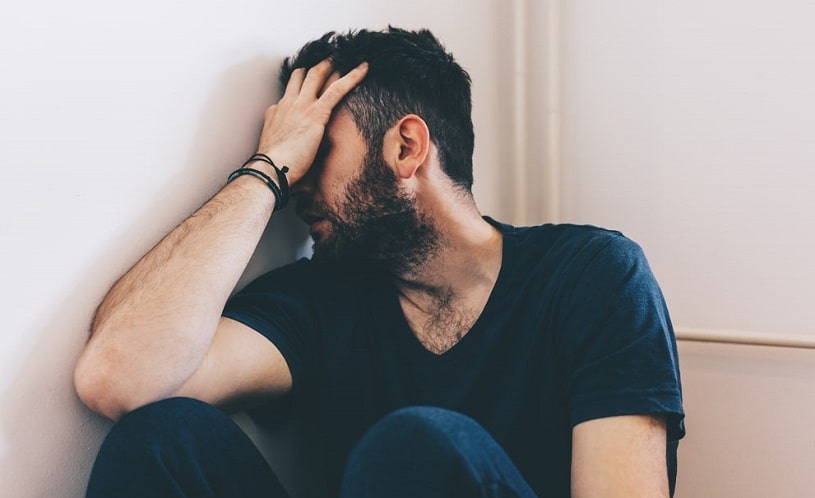 Contrary to what it may seem, each substance doesn’t end up canceling out the effect of the other when they come in contact. The user will still experience both the impacts of Ritalin and alcohol anyway, and the mix can intensify the Ritalin side effects and be detrimental to their health.

In addition to alcohol, according to the FDA, Methylphenidate is not to be taken with any of the following classes of drugs:

These drugs can affect blood pressure, heart rate, cause strokes, eclampsia, or even death. Therefore, it is advised that before mixing any substance with Ritalin, the patient informs their physician and gets a confirmation of safety.

It’s easy to accidentally develop a stimulant use disorder with a substance like this, one that is readily available and “seemingly harmless but addictive.” Addiction and abuse can easily lead to an overdose.

It’s not necessary that only the users that are using the drug without prescription end up abusing or overdosing on the drug. Even the prescribed patients can overdose if they take a more potent dose than they have been prescribed or fail to report serious side effects and don’t get the dosage adjusted to a safer level.

Ritalin Overdose Symptoms May Vary Depending In Intensity, but in Most Cases, They Include: 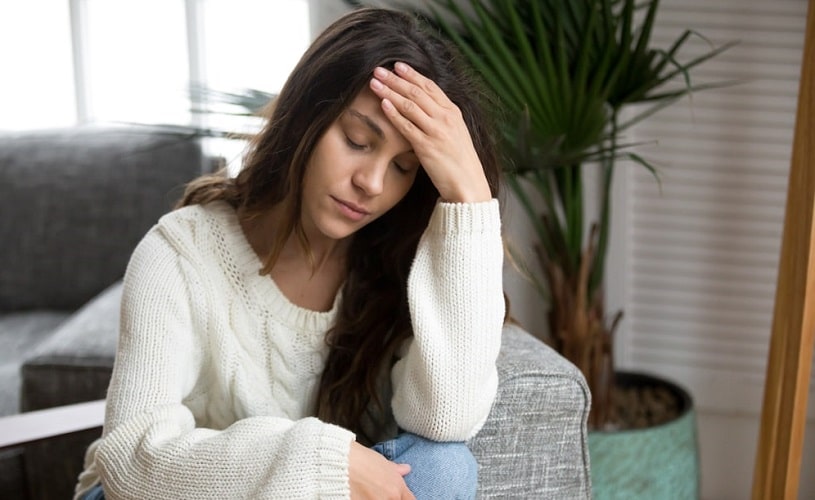 That is why the patient must recognize the signs of withdrawal and overdose, so they’re able to tell them apart. Then, whenever they experience discomfort, they should contact their physician in charge of the treatment or a rehab center with appropriate resources for immediate help to ensure a quick recovery.

Concerta alters how the patient’s brain functions and doesn’t let it absorb dopamine as it usually would. When the drug is suddenly stopped, the brain has to figure out how to process the chemicals, and sometimes, it’s unable to do so. It results in rebound symptoms of ADHD or narcolepsy. The symptoms it was intended to treat come back with more severity. That is called a “Concerta Crash.” The patient going through the crash should contact their physician in charge of treatment to provide the proper treatment and resources to help the patient’s recovery. If the user has developed an addiction and doesn’t feel comfortable going to a doctor, they can get help at a rehab center instead. They will have the resources to help in recovery too.

Since Concerta is easy to acquire, people who don’t have a mental disorder or a disorder that the drug is usually prescribed end up abusing the substance. Falling into the trap of stimulant abuse is very easy, but getting out of the addiction can be just as difficult if they’re left on their own without any resources to help. 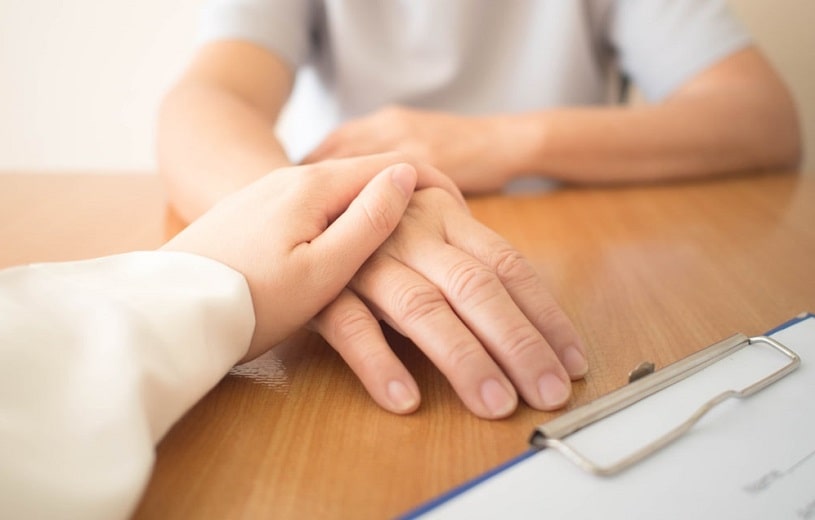 Every drug addiction treatment is tailored according to an individual’s health and needs. Although all the active ingredients of Ritalin excrete in less than 24 hours, a cold turkey withdrawal might be very harmful. Most people will need some help on their road to recovery. This help can come from a physician or a rehab or recovery center. They can choose to work on outpatient rehab treatment or inpatient rehab treatment, but that choice depends on their level of addiction and how much help they need to overcome the addiction. A rehab center will handle it all and protect their mental and physical health.

The patient will be given a detox program in the center or to follow at home to ease the withdrawal process. That can be a simple taper-off or a 12-step-addiction-recovery-program. They will be monitored through a detox and withdrawal program in person, or they’ll stay in contact with the center from home. The professionals at the center have the necessary resources to help and will be able to make sure their health is taken care of throughout and that they get through the recovery process safely.

Is Ritalin a Stimulant?

Yes, Ritalin is a central nervous system stimulant that works by increasing the amount of dopamine in the user’s system. It also hinders the body from absorbing dopamine, so the supply increases. Drugs like Concerta for ADHD are usually prescribed to patients to help them focus better and improve their overall performance.

Is Ritalin an Amphetamine?

It is commonly thought that Ritalin and Adderall are interchangeable drugs when that is not the case. Although both of them are stimulant medications, they aren’t the same. Adderall is an amphetamine, while Ritalin is Methylphenidate. Adderall tends to stay in the body for longer, while Ritalin works faster.

Is Ritalin a Controlled Substance?

Yes, Ritalin is a federally controlled substance. Even though the drug is prescribed to most ADHD patients, it has a high probability of dependence. It is illegal to sell or give away the medication to anyone illegally. It is only to be acquired through a prescription.