Club drugs and raves have a long and worldwide history of going hand-in-hand. Some would argue that recreational drugs have long since become a key component of the club partying culture. It creates numerous misconceptions and delusions about the safety of party drugs, making many people more inclined to try them when they get a chance. The culture of using club drugs poses invisible at first but nevertheless, significant health, social, and legal risks.

What Are Club Drugs?

Party drugs is an umbrella term for many recreational substances that are commonly used at clubs, raves, and parties. As a separate group, club drugs first gained popularity in the 1970s. At that time, stimulants like cocaine and amphetamines were frequently used to help the users stay up and dance all night. In the 1980s, people began actively using psychoactive substances to enhance the emotional experience at concerts and raves.

How Are They Used And How Do People Obtain Them?

While nightclub drugs don’t always share drug classes and properties, the main two types of substances used at parties are stimulants and CNS depressants. Ecstasy, cocaine, and amphetamines lift the mood, make a person feel more energetic and sociable. These substances are used because they produce pleasant feelings of high and euphoria that add up to the emotional uplifting from dancing or listening to music. Benzodiazepines and other depressants are favored for their sedating properties. They are most often used to facilitate sexual assault since a person who ingests them is less capable of resisting and remembering the assault.

Prices And Where To Buy

Many popular club drugs are sold on the street, in bars, and at various party venues. Obtaining them usually doesn’t require much effort. Substances like Ecstasy, GHB, and Phencyclidine (PCP) cost from $5 to $25 per dose, depending on the strength. The availability and low prices of the substances frequently become the determining factors for those who are initially hesitant to use.

Purchasing drugs from the unauthorized sources is legally prosecuted and implies additional health risks. Never try to buy drugs on the streets. 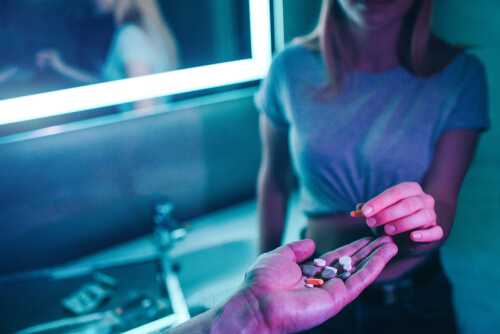 The most popular club drugs are Ecstasy, GHB, Ketamine, Rohypnol, LSD, and methamphetamine. Commonly used club drugs usually refer to synthesized substances rather than those derived from plants. It means that while marijuana and opioids such as heroin are sometimes encountered at parties, they can hardly be classified as common club drugs.

None of the above mentioned drugs should be used recreationally. Recreational use equals abuse and is illegal.

Although all club drugs are selected for their recreational potential and specific psychoactive properties, some of the substances also have medical applications. 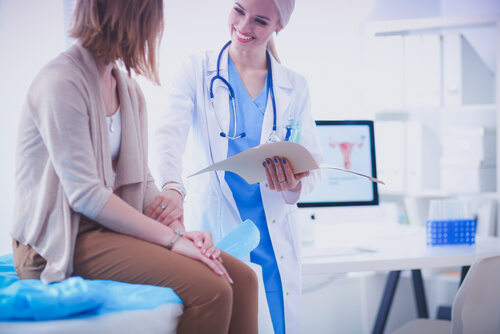 ADHD. As a stimulant, methamphetamine is often used in the treatment of various psychiatric and neurological disorders. In the US, this club drug is approved for the treatment of ADHD and binge eating disorders in adults.

Narcolepsy. GHB is mainly used to treat conditions associated with muscle weakness and sleep irregularities. It is prescribed for narcolepsy and cataplexy. This club drug is sometimes used to supplement treatment of various alcohol use disorders, however, there is little evidence to support its effectiveness.

Severe insomnia. Rohypnol is not approved for medical use in the US due to its high potential for abuse and the immense popularity as a date rape substance. In many other countries, however, flunitrazepam is used to treat insomnia.

Although it may be intuitive to some that this category of substances is mainly used by a younger demographic, club drugs statistics reveals truly disturbing tendencies.

Research indicates that the abuse is particularly rampant among young adults and minors. 1.5% of people ages 12 to 17 have used LSD at least once in their life. This number leaps to 9.1% for persons who are 18 to 25 years of age.

According to a survey conducted by the National Institute on Drug Abuse, the most widely abused substances among adults are psychotherapeutic medications. Ecstasy follows with 12% of people ages 18 to 25 to have ever tried it. The least used substance is methamphetamine. 6.4% of adults older than 26 and 3% of people ages 18-25 have tried it.

While the increasing rates of abuse are troubling, there is an even more alarming fact about club drugs. Since most of the substances are illegal in the majority of countries, rave drugs are frequently sold in forms that are not approved for human use. For instance, inhaled alkyl nitrites can be encountered as “room deodorizer” and “leather polish.” For this reason, it is impossible to ensure that a person receives the drug they expect.

Poor quality of the substances and large dosages contribute to the number of fatalities associated with the use of club drugs.

Due to the popular belief about the innocence of these substances, many people don’t understand why club drugs are dangerous. As it is with any psychoactive substance, there are legal, social, and health outcomes of nightclub drugs use.

The distribution and possession of the majority of common rave drugs can lead to severe penalties and incarceration if a person is caught. Ecstasy and LSD are classified as Schedule I substances. Methamphetamine and Ketamine are Schedule II and III substances, respectively. Offenders can face from one year to life imprisonment and up to $75 million in fines. Penalties vary greatly depending on the type and amount of the substance, as well as whether the offender kept it for personal use or sale.

Popular party drugs tend to alter a person’s perception of time and physical space, making them more empathetic, sociable, and open. It can lead to engaging in various risky behaviors and injuring oneself or others. People who take illegal substances at nightclubs are also at an increased risk of suffering a drug-assisted sexual assault, as there are few reliable ways of testing what substance they are about to take. Popular date rape drugs include Rohypnol and Ketamine.

Substances consumed at parties have numerous side effects that can have severe manifestations. However, there are other aspects of abuse that are no less dangerous. For instance, the use of club drugs, particularly methamphetamine, significantly increases the possibility of engaging in unsafe sex. There is also an increased risk of suffering from the effects of various dangerous interactions.

The number and variety of consumed party drugs also present an issue if a person requires emergency medical help. It is almost impossible to identify what substances were consumed and in what quantity. As a result, acute treatment of club drugs overdose is difficult.

The most popular club drugs effects include their ability to induce high. A vast majority of substances that are distributed at parties alter and enhance a person’s perception of the world and people around them. These substances frequently increase the person’s sensitivity to the music and lights, making the experience overall more enjoyable. Ecstasy and methamphetamine also exhibit stimulating properties that make it easier to interact with other people and help stay up all night. Some of the less popular yet still desirable effects of club drugs include hallucinations and euphoria.

The most frequently encountered club drugs short-term effects are:

A person may also feel anxious or panicked, depending on the dose of the drug and whether it was mixed with other substances. More serious club drugs side effects include respiratory and cardiac issues.

Long-term effects of club drugs vary by the type of ingested substance. LSD is best known for its propensity to causing lasting psychosis. Several substances in this category are also addictive and can cause emergence of withdrawal effects and cravings.

Abuse is characterized by the non-medical use of substances with a goal of experiencing pleasure or other effects of the substance. Considering how club drugs are taken, it may be difficult for a medical professional to diagnose the abuse. Substances at parties and raves are frequently consumed impulsively rather than on a regular basis, and patients may be hesitant to admit to using if they do it rarely. 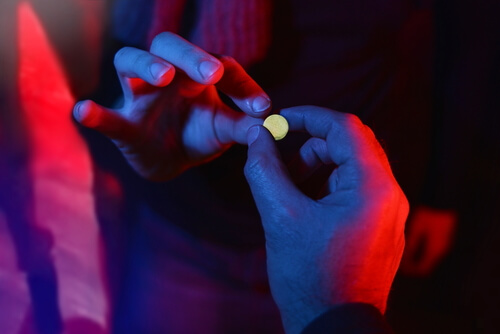 Club drugs signs of abuse vary but typically include:

When a person gains access to drugs but is yet to use them, certain measures might prevent them from slipping into abuse:

Many people don’t realize how easy it is to get addicted to club drugs. While it is often viewed as safe, casual party use can lead to the development of physical and psychological dependence. A person may stop feeling satisfaction from partying sober and begin using recreational substances constantly. The abuse then spreads beyond nightclubs and infests the individual’s daily life as well.

To understand how drug clubs cause addiction, it is necessary to consider the physical aspect as well. Substances like LSD and other hallucinogens are generally considered non-addictive since they don’t cause impulsive drug-seeking behaviors. However, a user’s body quickly builds tolerance for LSD, forcing the person to take larger doses and put themselves at risk of suffering dangerous side effects. Ecstasy and Ketamine are reported to cause physical dependence by some users.

The most addictive party drugs include Rohypnol, GHB, and methamphetamine. A person is likely to start experiencing withdrawal effects when they discontinue the use.

The most effective treatment for club drugs addiction can be found at various rehab centers. Although each facility may offer different treatments for club drugs abuse, they share the basic steps of recovery. Treatment always begins with detoxification. When a person is clean, medications may be administered to relieve the unpleasant symptoms and treat potentially dangerous conditions associated with withdrawal. Substance abuse treatment includes pharmaceutical approach supplemented with various types of therapy to tackle the underlying causes of the patient’s addiction and prevent relapsing.

These days, popular club drugs include Ecstasy, GHB, Ketamine, LSD, methamphetamine, and Rohypnol. These substances are mainly used to enhance the sensory feelings from music and lighting, better socialize, and stay active for a long period of time. Although many people tend to overlook it, rave drugs have a high addiction potential and frequently lead to physical dependence. When a person discontinues the use of these substances, they are likely to feel cravings and withdrawal effects that require treatment.