According to the United Nations Office on Drugs and Crime, more than 29 million people suffer from drug addiction globally. Some of the most commonly abused prescription medications include opioids, amphetamines, and depressants. Central nervous system (CNS) depressants are medications that slow down activity in the human brain. These medications are sedatives, tranquilizers, and hypnotics that are prescribed to treat panic disorder, anxiety, stress, and sleep problems. The best-known CNS depressants are benzodiazepines, non-benzodiazepine sedative-hypnotics, and barbiturates.
When misused, depressant drugs can lead to tolerance with progressively larger doses needed to achieve the desired effect. After prolonged use, abrupt reduction in the dose of the medicine can cause withdrawal symptoms. Sudden cessation of depressant medications can have life-threatening consequences, including slowed breathing and seizures.
In severe cases, misuse of CNS depressants can lead to addiction with associated health problems and other negative consequences. People with an addiction to these medications need to undergo supervised detoxification with a gradual reduction in dose, followed by inpatient or outpatient counseling and behavioral therapies. Learn about the examples of depressants, how they affect the human brain and the signs and symptoms of addiction to these medicines.

What Are Prescription CNS Depressant Medications?

Central nervous system depressant medicines are sedative-hypnotics that reduce (depress) the level of arousal in the brain. They are available in capsule, pill, and liquid form. Here is a list of depressants divided by drug class:

Signs and Symptoms of Depressants Addiction 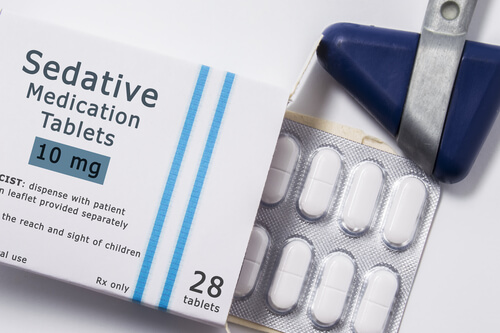 When used legitimately under medical supervision and by prescription, depressants are a relatively safe and effective treatment for anxiety, sleep disorders, and convulsions. However, misuse can lead to dependence, and in severe cases, addiction. Withdrawal symptoms occur if the medicine is stopped suddenly. With regular use, the body adjusts to the medication and larger and more frequent doses are needed to achieve the desired effect. Prescription depressant misuse is defined as:

Street names of popular depressants abused are candy, downers, sleeping pills, and tranks for benzodiazepines. Barbiturates are called phennies, barbs, reds, red birds, yellows, yellow jackets, and tooies on the street. Sleeping pills are referred to as A-minus or zombie pills. GHB (gamma hydroxybutyrate) is a CNS depressant that is commonly known as a date rape drug, club drug, liquid X, ecstasy, mils, G, and fantasy.
What are the depressants abuse signs and symptoms? There are some telltale signs that a friend or family member is misusing these medicines. The person may always look sedated or drowsy, talk slowly or slur their speech, be unable to concentrate, or have poor coordination. A lowering of inhibitions and poor judgment, i.e., taking risks they would not normally take, are other symptoms to look out for. Physical signs of addiction to depressants include a slowed heart rate, reduced breathing rate, and low blood pressure.

Prescription depressants are addictive, and abuse of these medicines is a worldwide problem. In the United States alone, an estimated 15 million people are struggling with prescription drug abuse. More than 22,000 overdose deaths are reported in the country each year. A survey found that teenagers believe prescription drugs are safer than street drugs and rely on the medicine cabinet at home as a source.
A study by the National Institute of Drug Abuse called Monitoring the Future found that 7.5 percent of 12th graders and 6 percent of 10th graders have used tranquilizers at some point in the past. In 2015, more than 8,700 deaths were reported from benzodiazepine overdose (Valium and Xanax). It is evident that depressant abuse is a pressing problem in America and around the world. How do these medications act and what makes them so dangerous?

What Do Depressant Drugs Do to the Brain?

CNS depressants increase the activity of a chemical called gamma aminobutyric acid (GABA) in the brain. GABA is the primary inhibitory neurotransmitter in the human brain. This chemical reduces brain activity and causes a calming and drowsy effect. Medicines that increase GABA activity, therefore, produce effects such as:

Because of these effects, depressants are prescribed for anxiety, sleep problems, and convulsions. When someone first starts taking a prescription CNS depressant, they feel sleepy, uncoordinated, and confused with poor concentration, slurred speech, slow breathing, and low blood pressure. These effects of CNS depressants can lead to serious injuries and accidents.

Short- and Long-Term Effects of Depressant Use

Some of the short-term effects of depressants include:

Some of the long-term effects of CNS depressants include:

Misuse of CNS depressants is defined as taking the medication without a prescription or taking it at a dose or in a way other than prescribed. Misuse can lead to substance use disorder and addiction. Long-term use, even with a prescription, can lead to tolerance, which means more frequent or larger doses are required to get the expected effect.
If someone with an addiction to benzodiazepines or other CNS depressants abruptly stops taking the medicine, they may experience withdrawal symptoms, which can occur within a few hours of the last dose, and include:

It is dangerous to attempt to quit CNS depressants without medical supervision. Treatment for substance abuse must always be obtained at reputed drug rehab facilities offering outpatient and inpatient programs. Detoxification (withdrawal from the drug) involves gradual tapering of the dose. The length of treatment depends on the severity of the dependence and other coexisting mental health issues. Addiction treatment for CNS depressants needs to be individualized and should include counseling, behavioral therapies, and group support programs.

Barbiturate Overdose: Can It Kill? 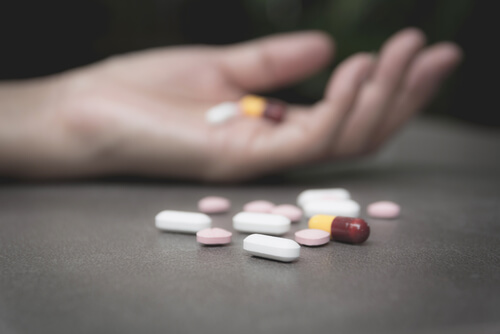 Some people use barbiturates to get high. There is a significant risk of accidental overdose in people who misuse barbiturates. This is because there is a small difference between a dose that produces a high and a potentially fatal overdose. Barbiturate overdose can lead to respiratory depression (slowed or stopped breathing). This causes less oxygen to reach the brain, which can lead to seizures, permanent brain damage, coma, and death. If someone has a suspected CNS depressant overdose, it is important to call 911 for immediate medical attention.
Benzodiazepines rarely lead to respiratory depression or death. However, the sedation caused by misuse of these medications can lead to memory impairment, confusion, and poor motor coordination. These symptoms may be associated with severe injuries and accidents. Some people take a combination of alcohol and benzos to counter the unpleasant side effects of other street drugs. Combined benzodiazepine and alcohol abuse is extremely dangerous because alcohol is also a depressant.