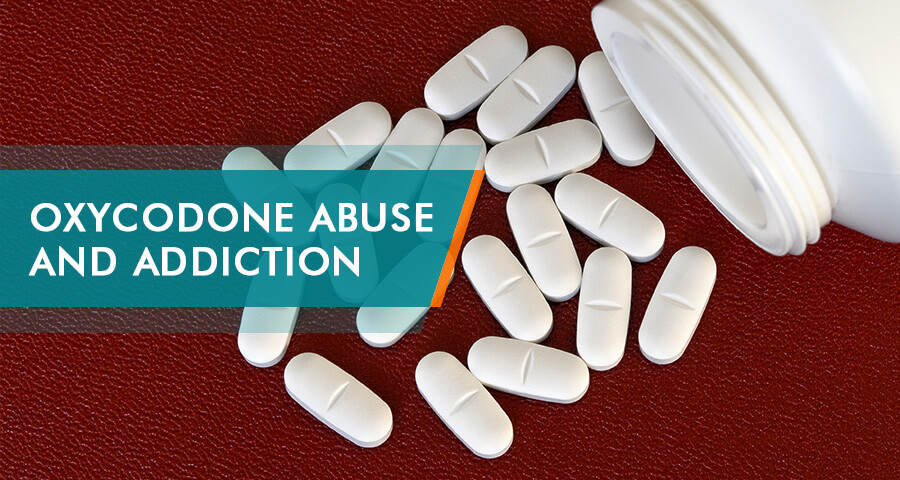 Oxycodone is a drug used to make commonly used prescription pain medications OxyContin and Percocet.
It is one of the most common prescription pain killers available,almost as strong as Opana, and it is used for recovery from surgical procedures, or in the management of chronic conditions that cause mild to moderate pain.

Oxycodone and its Effects 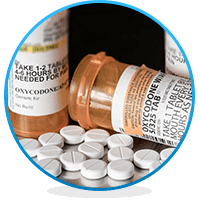 Oxycodone is made from opium, so it belongs to the opioids in the classification of drugs. It is often used a gateway drug for heroin use, since they are in the same class of drugs. Many individuals who begin abusing oxycodone begin taking it as prescribed for the management of an injury or condition. Once it’s taken, tolerance can be quick to set in. Tolerance is when the medication loses some of its effectiveness over time, so that more of the drug is needed in order to work with the same strength. As more and more of the drug is required to elicit the same effects, addiction sets in.

What are the dangers of oxycodone abuse?

Dangers of oxycodone abuse include addiction and overdose. Though it is not necessary to have an addiction to overdose, oxycodone abusers are much more inclined to it because they have likely built up a tolerance, which means they have to take more of the drug to feel the same effects.
As a rule, oxycodone is snorted, taken in tablet form, or it can be dissolved in a solution and injected directly into a vein. Injected oxycodone often causes the quickest high.
Oxycodone, when taken as directed, can cause:

It works as a depressant on the nervous system. This slows down the rate of breathing, heart rate, and blood pressure. When used as directed, these effects can work as a sedative to help patients with pain sleep, while also reducing the body’s reception of pain. When abused, overdose is a real risk.
Signs of an oxycodone overdose include:

If someone has any of these symptoms, immediate medical care is required to prevent fatal reactions. Because oxycodone is so powerful, it is easily overdosed by people doing drugs.

What are the signs of an oxycodone overdose?

Signs of an oxycodone overdose can include:

Oxycodone is the base drug used to make several prescription pain medication. These can include:
Percocet – Percocet is made using a combination of oxycodone and acetaminophen, the main ingredient in Tylenol. It is used to treat mild to severe pain, and is offered by prescription for a variety of medical conditions.
OxyContin – This pain medication is long lasting, with a 12 hour effectiveness window. It is often used for severe pain, or for comfort care for those who are seriously or terminally ill.
Roxicodone – This is oxycodone in a rapid release form. It hits the drug stream quickly, and produces very quick results. For those who abuse the drug, this also means a faster high. 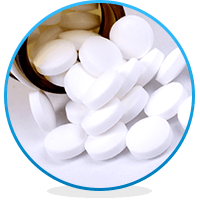 The use, and abuse, of oxycodone is widespread and effects more people than one might imagine. It is one of the most commonly used pain medications available alongside with Hydrocodone, with more than 32 million Percocet prescriptions being written each year alone.
Because some forms of oxycodone is used for even mild pain, it is more commonly prescribed than some other pain relievers which must be used in a hospital setting. While this is necessary for those who need it, it also paves the way for greater ease of abuse.

How many people in the US abuse Oxycodone?

In the US alone, nearly 14 million people have admitted they abuse oxycodone. Considering the 32 million prescriptions that are written each year for Percocet (a drug that contains oxycodone), it would not be surprising if oxycodone abuse was under-reported.
Anyone can become addicted, even those who a person may not expect. Some may be more likely to become addicted to oxycodone than others, however

Military personnel are prescribed pain killers by the millions each year. While use of illicit drugs by the military is lower than for civilians, their use of prescription pain killers and alcohol are far higher than for the general population. Veterans who have been through combat, primarily those who suffer from post-traumatic stress disorder, are also more likely to become addicted to drugs.

Teenagers or young adults in college

Young people are more likely to use drugs for a variety of reasons. Most addicts try their first drug before the age of 21. They may try drugs for experimentation purposes, to self-medicate, or to relax to escape from the stresses of being a high school or college student.

Most people who begin using oxycodone are first prescribed the drug for the treatment of a medical condition. The longer the drug is taken, the higher the instances of abuse, tolerance, and addiction. Those who are given pain killers regularly for the management of a condition may be more likely to suffer from an addiction.
Use of oxycodone is very prevalent. There are over 13 million Americans who admit to abusing these prescription pain killers, and over 100,000 emergency room visits each year are due to oxycodone use or abuse. People should be aware of oxycodone use signs and symptoms if their friend or family member belongs to one of the abovementioned groups.

The treatment of oxycodone addiction is a complicated integration of therapies. Because oxycodone withdrawal symptoms are so severe, and often even fatal, it is highly recommended that users do not attempt to wean off the drug without medical supervision as far as there are many factors determining how long oxycodone stays in the body. Having doctors and other professionals on hand to monitor and treat any symptoms ensures that patients are kept safe from potentially lethal reactions.
Once the detoxification phase of treatment is complete, patients should be given intensive therapy to help them learn new coping mechanisms – both for resisting cravings and temptations, and for handling any stress, grief, or trauma which may have contributed to their drug use in the first place. Alternative pain alleviation techniques should be offered to those with a medical condition for which oxycodone is commonly prescribed. These addiction treatment methods and therapies are best offered in an inpatient facility equipped with addiction specialists.
Ongoing support and counseling should be offered for patients once they have completed their rehabilitation program.
If someone is struggling with oxycodone addiction, know that there is help available. With the right treatment, there is hope for recovery.