Narcotics are extremely effective pain-relieving drugs. The word narcotics actually comes from the Greek word for sleep. This term is often used to describe all addictive drugs, however narcotics definition refers to substances, sourced from poppy Papaver somniferum naturally or produced synthetically and semisynthetically.

What is the definition of narcotics? According to the United States Drug Enforcement Administration, narcotics are substances that bind to pain receptors in the brain and block pain signals. Narcotics include synthetic and semi-synthetic opioids and opium. These substances are also referred to as opiates. These are substances that reduce sensitivity to pain and produce feelings of intense euphoria.

This is the primary reason why people abuse these drugs. They are so-called downers that depress the central nervous system, produce a sense of calm, and induce sleep. These drugs are highly addictive. Taking them without medical supervision can lead to tolerance, and later, to addiction. 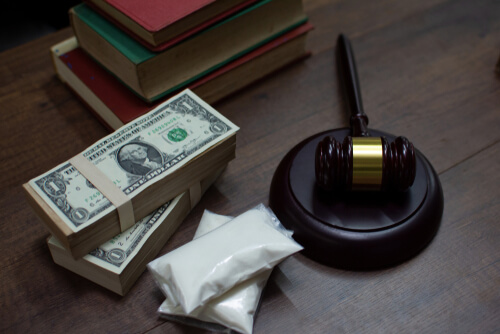 The Harrison Narcotics Act (1914) was the first federal narcotics regulation law in the United States. It recognized heroin and morphine consumption as narcotics abuse and established rules for the distribution of narcotics substances. This law started the war with narcotics, which continues to this day, moreover, it has been gaining momentum since the beginning of the 2000s. Nowadays, the DEA guidelines for prescribing narcotics regulate the medical uses of narcotic drugs in the U.S. in order to reduce the number of narcotic-related overdoses and deaths.

What Are Prescription Narcotics and Illegal Narcotics?

Prescription narcotics are given by doctors in a controlled hospital setting to minimize the chance of abuse. These medications are administered by mouth, through intravenous lines, or in the form of suppositories or transdermal patches. Common narcotics from opioid class, such as oxycodone and codeine, are available legally by prescription. All opiates affect the human body in essentially the same way, although each has specific effects depending on the ingredients and additives.

Some of the legal narcotics examples are: 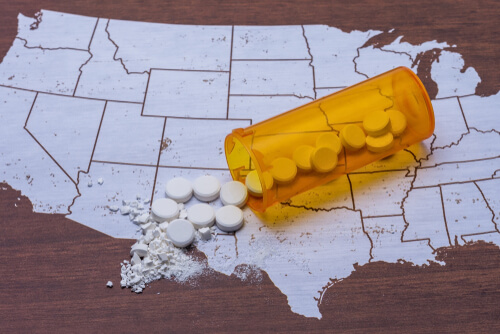 Buying narcotics without the proper prescription or from illegitimate pharmacies may lead to determining such drugs as illegal and bring a person to justice.

Every individual has different body chemistry and brain environment. Thus, nobody can predict the short and long term effects of narcotics on a person. Abusing these pain medications can lead to serious health problems, and in some cases, even death.

Many people do not realize that legally available prescription medications can be as dangerous as street drugs.

It does not take long to develop a physical and psychological dependence on narcotic drugs. What do narcotics do to a mind and a body that makes them so addictive? People suffering from intense, chronic pain are at a high risk of abusing these medications. Some individuals begin using recreational narcotics, to deal with emotional problems and life stressors. Ultimately, they develop a tolerance to the drug, needing bigger and bigger doses to achieve the desired effects.

Tolerance to narcotics causes individuals to consume larger quantities or use drugs more frequently. This is what makes narcotics so addictive and dangerous. As tolerance builds, a drug addict keeps increasing the dose to get the same high. This is why narcotics overdose is so common and often fatal.

Opium: This extract of the poppy plant is one of the most potent painkillers known to humanity. Opium abuse began in the 1300s in Asia. It was a point of contention between the British Empire and China in the 1800s. The conflict got to the point where they went to war over it. Today, natural opium derivatives and semi-synthetic and synthetic opioids are available legally and illegally.

Morphine: This is the most common opium extract. It was created at the beginning of the 19th century by German chemist Friedrich Wilhelm Adam Serturner. It is a painkiller prescribed for moderate to severe acute and chronic pain. Morphine is highly addictive and is associated with symptoms such as breathing problems, dry mouth, dizziness, nervousness, and agitation. It can also cause side effects such as weight loss, low libido, headache, and sweating.

Heroin: This drug was first created in 1874 as a painkiller. Incidentally, this derivative of the poppy seed turned out to be more addictive than morphine. As a result, heroin is the most abused opioid on the streets. It is associated with side effects such as sleepiness, dry mouth, and respiratory problems. Heroin overdose can result in death.

Codeine: This narcotic is a natural opium derivative that is prescribed for pain, anxiety, and sedation. It is also present in cough medicines. It is a highly addictive substance. 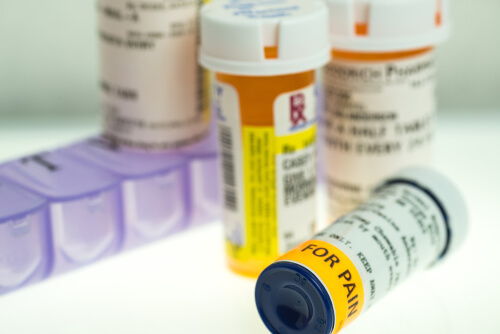 Hydrocodone: This Schedule II controlled substance is a semi-synthetic opioid that is used for pain control and cough suppression. Some of the well-known brand names of hydrocodone include Vicodin, Lortab, Lorcet, Zydone, Atuss, and Anexsia. It is available in tablet, capsule, liquid, and syrup form.

Hydromorphone: This morphine derivative is more potent but less addictive than its predecessor. It is used as a pain treatment and cough suppressant and is available as Dilaudid and Exalgo on the market.

Fentanyl: This synthetic opioid is prescribed to ease severe pain in cancer patients. This powerful narcotic is even more potent than morphine. It is available as a transdermal patch. Brand names include Duragesic, Fentora, Onsolis, and Abstral.

Methadone: This synthetic opioid is used to relieve withdrawal symptoms during opiate addiction treatment. It is available as Dolophine and Methadose.

Meperidine: This anesthetic drug is used for pain relief, mostly during labor, and is available on the market as Demerol.

Narcotics addiction is a disease which makes an addict to look for a drug even despite the presence of narcotics side effects. Here are the warning signs of addiction to narcotics, that may be noticed in the behavior and appearance of a narcotics addicted person:

The noticing few of these signs may not always mean the presence of an addiction to narcotics, but this may be a signal to have a conversation with a person and to consult a medical specialist. 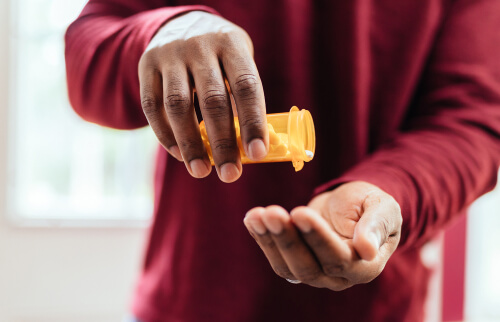 More explicit characteristics of addiction to narcotics may be:

Are there narcotics withdrawal symptoms when the drug is not available? Is there drug-seeking behavior? If the answer to any of these questions is yes, seek immediate professional help and drug addiction treatment methods in a specialized rehabilitation facility.

Many different substances are abused by people who have succumbed to drug addiction. Narcotics are some of the most commonly abused drugs due to their highly addictive nature.

In most cases, opiate addiction requires residential addiction treatment or inpatient rehab. The first step is detoxification under strict medical supervision. During this stage of substance abuse treatment, the recovering addict is given supplemental medications, such as Suboxone, methadone, and Revia, to relieve unpleasant and potentially life-threatening withdrawal symptoms. Healthcare providers reduce the dose of narcotics in the system gradually to make the process easier. Addicts are monitored for symptoms such as restlessness, drowsiness, anxiety, confusion, sweating, loss of appetite, and nausea. 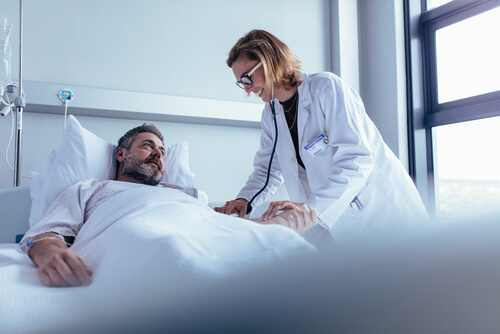 Following detox, the addict remains at the rehab facility for psychological counseling and behavioral therapy. This treatment helps recovering addicts deal with underlying issues that drove them to addiction in the first place.

Recovering addicts learn new ways of coping with everyday stressors and triggering situations without resorting to drug use. These new behaviors help avoid relapse once the rehabilitation program has been completed. Family therapy and support groups help build a strong support system for life after rehab.

Counseling also helps create an effective relapse prevention plan. The addict is taught to avoid risky situations as well as recognize triggers and deal with them. Finally, drug addicts learn how to be honest with themselves, acknowledge the problem, and ask for help. There is nothing to be ashamed of if a relapse does occur. Narcotic addiction is a chronic disease, and it may take more than one attempt at rehab to beat it.