What Are Barbiturates? Their Types, Withdrawal and Are They Addictive

Barbiturates are today infrequently used owing to their unusual ability to cause addiction and the severe withdrawal symptoms they cause. So, what are barbiturates? While barbiturate’s definition includes a long list of derivatives or prodrugs belonging to the superclass, most official drug administration agencies define barbiturate as any drug that contains any form of barbituric acid. These substances act upon the Central Nervous System in a depressant manner to produce a broad spectrum of effects. These effects include anything from mild sedation to complete anesthesia. So regarding the uses of barbiturates, these meds are often prescribed as sleeping medication owing to their ability to induce drowsiness and sleep. In 2018, Substance Abuse And Mental Health Services Administration reported that over 400,000 US citizens aged 12 and above used barbiturates, and about 32,000 people abused the drugs. 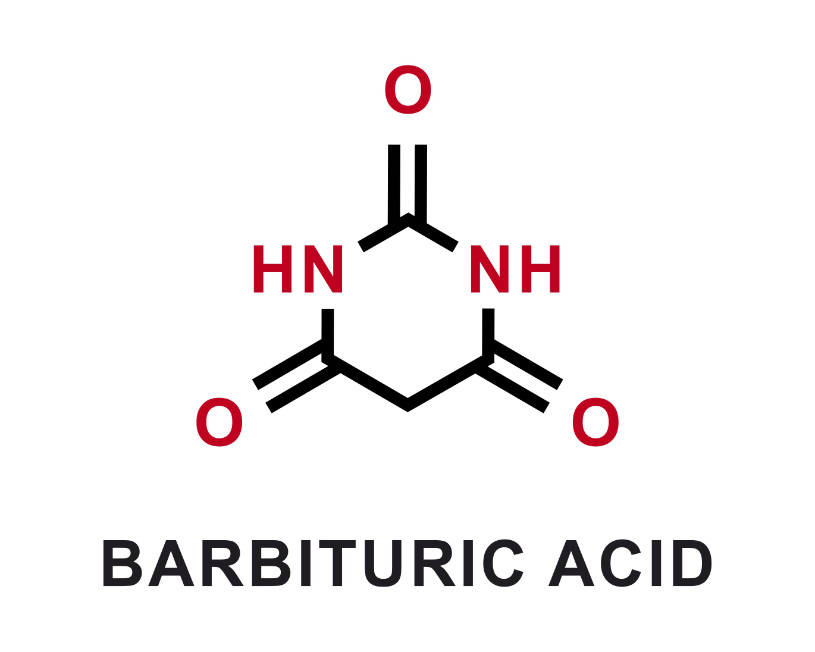 They are a class of drugs that act as central nervous system depressants. They are also known as sedative-hypnotics due to their action of reducing stress and inducing sleep. These drugs work as hypnotics, anxiolytics, and anticonvulsants. What do Barbiturates do to the body? As central nervous system depressants, Barbiturates increase the gamma aminobutyric acid (GABA), a chemical in the brain responsible for relaxing the body and helping induce sleep. Thus, the increase of GABA in the brain will have antidepressant effects on the body. The use of barbiturates includes the treatment of seizure disorder, insomnia, preoperative anxiety, etc. Barbiturates examples include phenobarbital, secobarbital, and amobarbital.

Here Is a List of the Types of Barbiturates Available on the Market:

This barbiturates list is not exhaustive as there are other barbiturates examples on the market. Prescription barbiturates have seen a decline in use over the years because of how easy results in barbiturate abuse and addiction. Physicians today favor less addictive benzodiazepines rather than barbiturates, which also have less severe side effects. Patients should not combine barbiturate drugs with benzodiazepines as that could be injurious to their health. Remember to follow the doctor’s directions on how to take the medications to avoid health complications.

Yes, the Drug Enforcement Administration has classified Barbiturate drugs as Schedule II, III, and IV depressants under the Controlled Substance Act.  These classifications mean that the potential for barbiturate abuse is high. Also, the barbiturate drugs could cause severe psychological and physical dependence that could result in serious health complications. However, barbiturates examples can be obtained with the help of a medical doctor’s prescription and administered under strict supervision.

When tapering off during Barbiturate withdrawal, low doses of the drug will be administered so that the patient won’t feel the effects of the drug.

People using barbiturates often exhibit several signs and symptoms that point towards abuse of the drug. As doctors often prescribe barbiturates for pain and barbiturates for sleep, people using these drugs, even under strict conditions, can still get addicted to the drug. The drug used to be heavily abused in the 1960s and 1970s due to its popularity and efficiency in treating insomnia and seizure disorders. In 1964, experts estimated that the number of people using barbiturates examples and other sedatives was approaching five million. These days that number has significantly reduced with doctors prescribing alternative medications such as benzos. Barbiturate abuse results in physical and psychological dependence which may lead to a barbiturates overdose. This can cause diverse health problems for the user. Understanding this reality provides cautionary pause to anyone either currently taking the pills or thinking of taking them.

Research shows that the medications are highly addictive due to their effects on the brain. As stated earlier these drugs work by increasing the GABA neurotransmitter which, in turn, depresses the central nervous system. This helps the body to relax, induces sleep, and helps the patient to feel good. However, this action can cause dependence to develop quickly leading to a strong affinity to abuse the medications leading to barbiturate addiction. Taking the medications in small doses can be addictive as well that is why doctors have resorted to prescribing their alternatives.

Barbiturates addiction is accompanied by signs and symptoms that range from common to fatal. Just like alcohol addiction, these signs are physical while the others are psychological. Symptoms of addiction differ from one person to the other depending on several factors such as genetic makeup, dosage taken, and the duration the drug was taken. When one becomes addicted to these drugs the following signs are imminent:

These symptoms can affect both the personal and social life of the addict and can lead to strained relationships, job loss, etc. It can sometimes result in death, that is why people need to be wary of Barbiturate abuse so they don’t become addicted. People should also avoid combining alcohol with these medications to prevent deadly consequences. 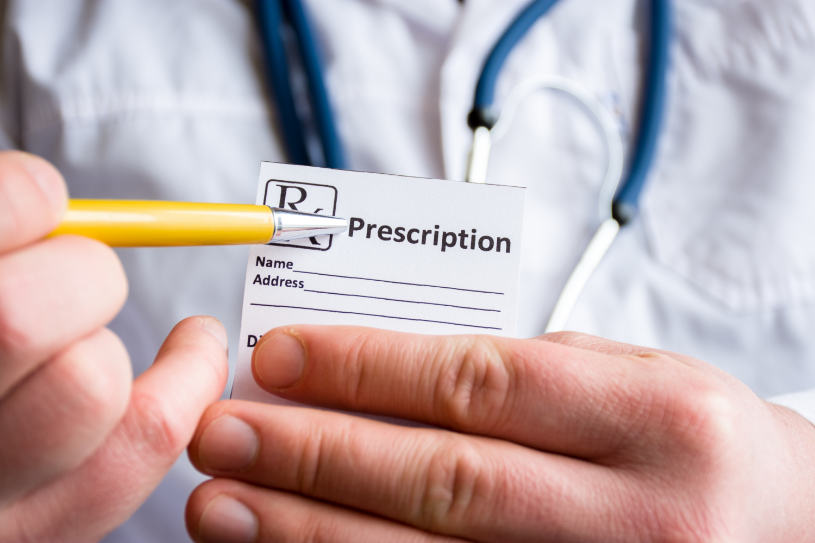 Who Is More At Risk Of Barbiturates Addiction

Though the consensus is that barbiturate abuse is on the decrease, it has not been completely ruled out. This means that some people still abuse barbiturate drugs which can be attributed to certain predisposing factors. For example, a recent study revealed that about 9% of teens abused the drugs, using them for recreational purposes.

Here Is a List of People More Likely To Get Addicted to the Medications:

Abusing the drugs can have negative barbiturates effects and may even lead to death. People who are prone to addiction should seek care and help to avoid complicating their health. Addicts who want to withdraw from the medication should not quit abruptly but go to rehab centers for help. This is because the effects of stopping the medications cold turkey can be devastating.

Barbiturates Withdrawal Symptoms Are As Following:

Barbiturate withdrawal typically involves the tapering down method in a medical facility with the help of a doctor. In this method, the dose currently being taken is gradually reduced in a supervised setting. Levels of tapering employed depend on the levels of doses that were being taken. If they had been consuming large doses, then the tapering is even more gradual. If the doses were low, tapering could take a few days. During this process, Barbiturate withdrawal medications are employed to manage withdrawal symptoms such as seizures, headaches, and vomiting.

Physical withdrawal typically takes between 3 – 5 days as the body adjusts to life without the use of drugs. However, mental withdrawal takes quite long and may last for weeks or months. During the early phase of recovery, the threat of death is high. So, patients need constant supervision to ensure this never happens and to facilitate the recovery process.

Here Is a General Withdrawal Timeline That Illustrates How Long Before the Recovery Process Is Complete:

During recovery, patients should stay away from alcohol as this could worsen the withdrawal signs. Sticking to the withdrawal dosage is paramount as skipping the drug or taking an overdose could be detrimental. Since the mental withdrawal takes longer, patients need to exercise restraint.

The medical use of barbiturates has been in decline globally because of their active addictive properties. In the 1960s and 1970S, before the effects of barbiturates were well understood, people formed addictions because of the ease with which doctors at the time prescribed the pills. Today, most doctors only use the substance in highly controlled environments and just for one-off uses like anesthesia. While the drug has been classified as a Schedule III substance in the Controlled Substances Act, its ability to cause addiction is magnified by its availability in joint pain and headache medications.

As the withdrawal symptoms of addiction can be quite discomforting, a person seeking to quit the habit must seek care and treatment at a healthcare facility. This could be a hospital or a rehab center that offers the necessary care and control mechanisms to help wean the person off drugs safely and sustainably.

A Person Seeking Treatment at a Rehab Center Will Be Offered Two Ways of Undertaking the Treatment Program: Inpatient Rehab or Outpatient Rehab:

While the success of the program ultimately depends on the person’s commitment to attend all treatment sessions, this approach offers flexibility to go on with normal daily activities. In some cases, patients transition from an inpatient program to an outpatient program to keep the recovery momentum going.

Is Xanax a Barbiturate?

No, Xanax doesn’t belong to the barbiturates list; rather it is in a sedative and anti-anxiety drug class known as benzodiazepines.

Is Valium a Benzo or Barbiturate?

Is Fioricet a Barbiturate?

Fioricet is a drug that is on the barbiturates list and is effective in the treatment of chronic headaches.

They are CNS depressants that help the body to relax and induce sleep.

How To Get Prescribed Barbiturates?

They can be obtained from a medical doctor after a thorough medical examination to determine whether the drugs are needed.