Barbiturates side effects are widespread. The barbiturate side effects normally come into play when one has barbiturates addiction or abuses the drugs. In the US, about 400,000 people reported using the drugs in 2018. Similar to other CNS depressants, they make the brain and body function slower. Most notably, they are so powerful that it may not take more than just a few doses to change the sedation into death. Barbiturates side effects can be categorized into long or short-term effects, depending on how long the medications were administered. Some of the effects of barbiturates include nausea, vomiting, and abdominal pain. When taken at higher doses, it can result in serious consequences such as coma, brain damage, or even death. This is why benzodiazepines have replaced the drugs. Benzos and barbiturates have the same calming effect but they don’t depress the CNS as the barbiturate medications do. This article will discuss the dangers and types of barbiturates effects and how to avoid them. 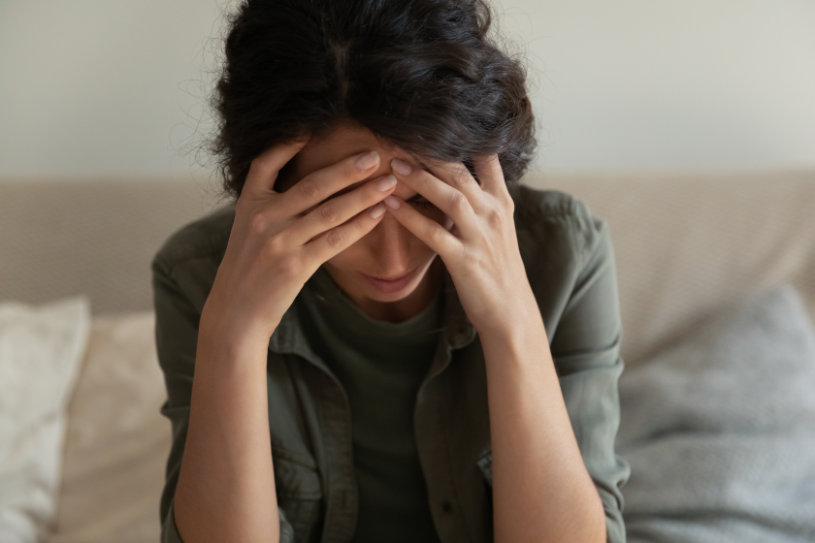 Barbiturate medications are classified as Schedule II medication, thus they have the potential to cause dependence which can lead to a Barbiturate poisoning or overdose. This can result in barbiturates side effects which are the health complications that develop as a result of using barbiturates either for medicinal or recreational purposes. The adverse reactions of these drugs are common due to the rate of abuse. These barbiturate effects range from moderate to severe depending on how long barbiturates stay in the system. The longer the use, the more severe the health effects of barbiturates. That is why health experts have categorized them into two; short-term and long-term barbiturate effects.

The short-term barbiturate side effects are health complications that do not take long to disappear and are very common. Usually, they end once the treatment is over and the patient regains their health. Studies indicate that the short-term reactions of the drugs can either be psychological or physical. Physical short-term aftereffects affect the body while psychological aftereffects affect the patient’s mental state.

Physical Barbiturates Short-Term Side Effects Are As Follows:

Psychological Barbiturates Short-Term Side Effects Are:

There are other short-term symptoms like increased perspiration and sensitivity to pain not listed here. Patients must inform their medical doctors of any observable symptom during the administration of the drug. This will help the doctors to properly manage the barbiturate effects to avoid dangerous consequences. Patients should not try to treat the symptoms on their own as it could prove deadly.

What are Long-Term Barbiturate Adverse Reactions?

The long-term barbiturate side effects are health problems that occur as a result of prolonged use of barbiturates. Some of these adverse reactions are severe and others are rare which can destroy an organ in the body, lead to coma, or death. Symptoms of long-term use include loss of appetite, weakness of the muscles, yellow eyes or skin, and tenderness or aching. However, the chronic use of barbiturates can pose a danger to major organs like the heart, brain, lungs, etc.

Long-term Adverse Reactions of Barbiturates on the Heart

Research indicates that myocardial depression can occur even if small doses of the drugs are administered. Myocardial depression is generally described as the global dysfunction of both the right and left sides of the heart. According to the study, there was a fall in the heart rate, decreased force of the heartbeat, and cardiac dilation when phenobarbitone was used in cats and dogs.

Barbiturate medicines are not safe even at normal doses. Now, it is possible to imagine what could be the consequences of an abuse or barbiturate overdose. Combining it with alcohol or any other CNS depressant can result in likely fatal sedation.

Side Effects of Barbiturates on the Brain

Studies reveal that the drugs are central nervous system depressants. They work by increasing the activity of the GABA neurotransmitter that blocks nerve transmissions. This helps to slow down brain neuronal excitability and induce calmness and serenity. However, long-term effects of barbiturates on the brain include a reduction in brain weight, changes in brain biochemistry, as well as neuromorphology.

Long-term Aftereffects of Barbiturate Drugs on the Lungs

The lungs can also be affected if the drugs are used for a long period. Studies show that the medications can cause depression of the medullary respiratory center. Depression of the medullary respiratory center can lead to respiratory depression. This is when the lungs are unable to exchange carbon dioxide and oxygen efficiently. According to another study, there is a link between barbiturate medications and the subsequent development of lung cancer.

Long-term Adverse Reactions of Barbiturate Medicines on the Liver

Since barbiturate drugs are metabolized in the liver, many people believe that the liver may be affected by the drugs, but that may not be the case. According to scientific sources, there are no reports of liver injury connected to the use of the medications. However, the drugs can cause allergic reactions and skin rashes which may be accompanied by mild liver injury.

Barbiturate medicines can be very addictive. Notably, the addiction may develop with a normal dose too. Therefore, watch for the physical and psychological signs of addiction. Then, consult a doctor right away.

The Most Common Barbiturate Warnings And Contraindications Are:

Before these medications are administered, patients’ medical history should be considered to avoid serious complications. Patients who have suicidal or drug histories or mental depression should use the drugs with caution. The elderly, children and debilitated patients should also use the medications with caution. Administering rapid IV may result in apnea, laryngospasm, respiratory depression, and severe hypotension.

Barbiturate medicines are drugs used to treat insomnia, anxiety, and fear as well as anticonvulsant and anesthesia agents. As central nervous system depressants, the drugs block the GABA neurotransmitter which results in a calming and sedative effect on the body. The drugs are habit-forming which can induce tolerance resulting in physical and psychological dependence. This can lead to Barbiturate addiction and serious health complications. Some effects of barbiturates include vomiting, liver disease, hallucinations, paranoia, and a reduction in brain weight.

However, all hope is not lost as the symptoms of addiction can be treated. There are inpatient drug rehabs where the patient is housed in a medical facility and attended to by health experts. The outpatient rehabilitation facilities require the patient to pay periodic visits to the health center to aid the treatment of the barbiturates effects.  Patients should also do well to follow the doctor’s prescription on taking the drugs and avoid combining them with alcohol. By doing so, the patients are likely to avoid barbiturate adverse reactions.