Barbiturates Vs Benzodiazepines: Which Class of Drugs Safer?

Barbiturates Vs Benzodiazepines: Are They the Same?

With regards to how Benzo vs Barbiturate work, the Barbiturate mechanism of action resembles Benzodiazepines. Both act on a neurotransmitter called GABA. Thus, they work by reducing nerve activity in the brain. Also, because they slow down the functioning of neurons in the brain, it can be dangerous to the health to combine either of them with other CNS depressants like alcohol. This can lead to Barbiturate or Benzodiazepine overdose, hazardous depression in respiratory function, and excessive sedation.

With regards to Barbiturates vs Benzodiazepines uses, both are used for the treatment of similar medical conditions, including anxiety disorders, panic attacks, insomnia, and seizures. On the other hand, how long Barbiturates stay in the system differs from Benzos. According to the American Academy of Pediatrics, the mean half-life of Barbs is between 4-38 hours. For the Benzos, based on the report of medical doctors from California, the half-life would depend on the types of Benzodiazepine.

For more information, take a look at the list below:

Take note that Benzodiazepines vs Barbiturates are controlled substances. According to the US Drug Enforcement Administration, the former belongs to the drug Schedule IV while the latter belongs to the drug schedules II, III, and IV. In case of addiction, patients can be referred to rehab centers for safer recovery.

The most common Barbiturate drug that was prescribed in the United States in the year 2019 is Butalbital. This drug is a combination of Butalbital, acetaminophen, and caffeine.

Other Barbiturate drugs include:

Take note that each of these drugs has different generic names. This means that when a patient is given a Phenobarbital prescription, the patient cannot switch to other generics like Secobarbital unless instructed by a medical doctor. Sometimes, because of intolerance, many patients switch medications. To safely do this switching, it is highly recommended to seek advice from a medical doctor beforehand. 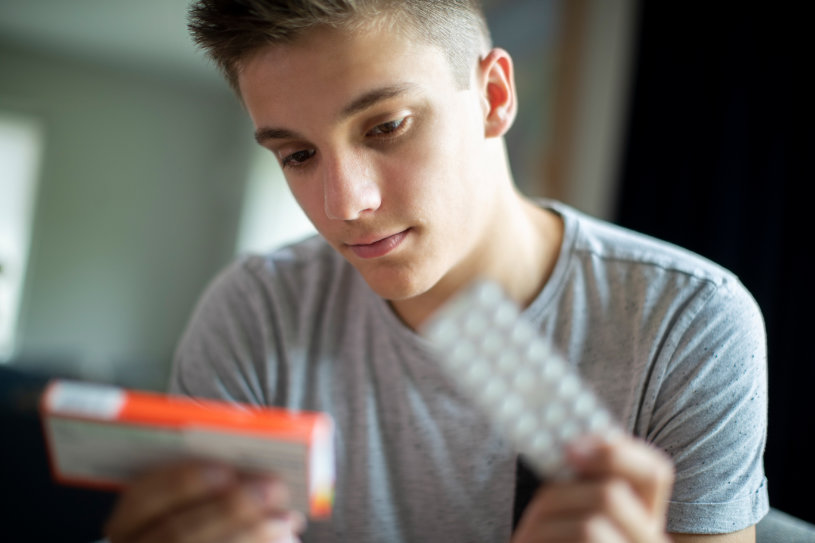 Although Barbiturates vs Benzodiazepines have different uses, onset, and offset of actions, both have the potential for abuse. As cited in the study of researchers, Benzos are abused more in current times compared to Barbs, and the most common Benzos being abused is Alprazolam, with a prevalence rate of 36%. Moreover, in a study published in Behavioral Pharmacology, cross-tolerance develops quickly to both, and a person needs more and more to achieve similar effects.

Also, if a person lowers the dosage or stops taking either of them suddenly, withdrawal symptoms can occur. Keep in mind that it is hard to resolve withdrawal symptoms. Thus, withdrawal treatment stages are necessary for a safer recovery. Lastly, when it comes to Benzo vs Barbiturate drug testing, both types of medications are tested on urine drug screens.

Difference Between Benzodiazepines and Barbiturates

Barbiturates and Benzodiazepines are different in many ways. For example, some of the side effects of Barbs are not the same as those caused by Benzos. Also, the addiction potential and risk of death from overdose are different. Furthermore, false positives for Barbs have been documented with commonly prescribed NSAIDs such as ibuprofen and Naproxen. On the other hand, Sertraline has been reported as a potential cause of false-positive Benzodiazepine results on urine drug screens.

Below is a summary of Benzo vs Barbiturate differences:

As cited in one study published in Neuropsychiatric Disease and Treatment, one of the reasons why there was a decline in the prescription rate for Barbs is because of safety issues. These drugs can cause severe toxicity, withdrawal, and addiction. In fact, even a low dose of the drug can already cause Barbiturate overdose. For information about how long the withdrawal symptoms last, it will take up to 14 days with mild symptoms continuing for Barbs and 10-14 days for Benzos. For a safer recovery from these withdrawal symptoms, patients can consider reaching out to an addiction specialist.

Barbiturates Vs Benzodiazepines Side Effects

There are common and different Barbiturates vs Benzodiazepines side effects. However, the side effects of the former are more severe, toxic, and dangerous to health. As reiterated by the United Nations Office on Drugs and Crime, because of Barbiturate side effects and dependency issues, Benzos are being more prescribed.

For the Similar Side Effects Associated With Benzodiazepines vs Barbiturates, at Lower Doses, These Include:

Moving forward to the Barbiturates vs Benzodiazepines side effects differences, based on a study of medical doctors from California, the use of Barbs is associated with weight gain, and the side effects seen in Barbs alone are extremely dangerous to the health and can lead to death.

Some of These Include:

On the other hand, based on a study published in The Ochsner Journal, the side effects of Benzos alone, even at a higher dose, are mild compared to the Barbs. These include the following:

In the case of Benzodiazepine misuse, possible side effects would be hostile or erratic behavior, impaired thinking, amnesia, and weight loss. For these reasons, all patients are highly advised to follow the instruction of a medical doctor to avoid any unwanted health event.

Barbiturates and Benzodiazepines have similarities but, in general, they are not the same. They are two separate types of drugs that are often mistaken for each other. This is because they are both sedative-hypnotics.

Barbiturates and Benzodiazepines Drug Interactions and Combination Use

While there are many similarities between Barbiturates vs Benzodiazepines, the truth is that Benzodiazepines and Barbs are different and potentially very dangerous when used together. Using central nervous system depressants such as Benzodiazepines vs Barbiturates without a prescription can result in serious health consequences. Furthermore, the two types of medications have a synergistic or additive effect when used in combination.

Therefore, Mixing Benzodiazepines and Barbs Can Result In:

Aside from the Barbiturate-Benzodiazepine drug interaction, other drug classes should not be mixed with any of the two types of sedative-hypnotics. Some of these include opioid drugs, selective serotonin reuptake inhibitors (SSRIs), monoamine oxidase inhibitors (MAOIs), muscle relaxants, and anticonvulsants. In case of drug interactions, patients are advised to seek medical help as soon as possible for a safer recovery.

Barbiturates Vs Benzos: Is One Better Than the Other?

Technically, both types of sedative-hypnotics produce calming effects. But, usually, doctors would always consider safety first. This is why more Benzos are prescribed than Barbs. It was also reported that Benzos can reduce the onset of sleep by 4.2 minutes.

The uses of Barbiturates are broad. So what are barbiturates used for? Aside from helping patients improve their mood, patients’ sleep and alcohol poisoning and withdrawal can also be managed. However, because of the side effects and the addiction potential of Barbiturates, the prescription rate of these drugs significantly declined. Instead of these drugs, Benzodiazepines were preferred. Sometimes, Benzos are even used for a long period.

Nonetheless, it does not mean that the Benzos cause no dependence, tolerance, and addiction. If anyone is abusing Barbiturates or Benzodiazepines, it is crucial to seek professional help. Such a person is at risk of significant medical complications, overdose, and death. A licensed addiction treatment specialist can ensure withdrawal from these potent drugs in a safe and relatively comfortable manner. Due to their highly addictive nature, drug rehabilitation is usually necessary to help patients prevent relapse. A healthcare professional from rehab centers can help patients formulate a relapse prevention plan for a successful recovery.