Hydrocodone-Acetaminophen: How to Use It Safely for Pain Relief?

Acetaminophen and hydrocodone are two separate medications that are available as a combination drug for the treatment of moderate to moderately severe pain. Acetaminophen is used to treat pain and fever. It is not habit-forming even with prolonged use but can cause liver damage if consumed in large doses. Hydrocodone classification is a narcotic analgesic with a high potential for abuse and addiction. The two medicines together are highly effective in relieving pain, but the use of this combination is not without risk. Let’s find out what is hydrocodone acetaminophen and the uses, potential side effects, drug interactions, and warnings associated with this medicine.

Hydrocodone with Acetaminophen: Indications and Mechanism of Action

Hydrocodone APAP contains an opioid (narcotic) as well as acetaminophen which is an analgesic (painkiller) and antipyretic (fever reducer). Hydrocodone blocks receptors that give rise to pain signals and decreases a person’s ability to perceive pain. Acetaminophen is a non-narcotic pain reliever that elevates a person’s pain threshold and allows them to tolerate higher levels of pain.
The combination drug is a prescription medication and a controlled substance. Doctors use it to treat moderate to a moderately severe pain that cannot be controlled with other less potent medications. It is prescribed to people who need around-the-clock pain relief requires with an opioid analgesic. Hydrocodone with homatropine (brand name Hycodan) is indicated for symptomatic relief of a cough.
The medicine is available in a number of different strengths under various brand names. For example, hydrocodone acetaminophen 5-325, brand name Norco, contains 5 mg of the opioid and 325 mg of the non-narcotic analgesic. For more severe pain, hydrocodone acetaminophen 10-325 or hydrocodone M367, a more potent formulation with a 10-mg dose of the narcotic analgesic may be used. For moderate pain, a lower dosage, such as hydrocodone acetaminophen 5-300 or hydrocodone 2.5 mg/acetaminophen 325 mg, may be sufficient.

Acetaminophen/hydrocodone contains a narcotic analgesic that has a high potential for abuse and addiction. This drug can be habit-forming even when used at prescribed doses. Here are some rules to take the drug safely and reduce the risk of addiction.

The combination of narcotic and non-narcotic analgesic medication can impair thinking and slow reactions. It can cause severe drowsiness and dizziness, leading to falls and accidents. That’s why it is a good idea to avoid driving, operating heavy machinery, or performing hazardous activities, such as climbing ladders until  know how body will react to acetaminophen-hydrocodone. 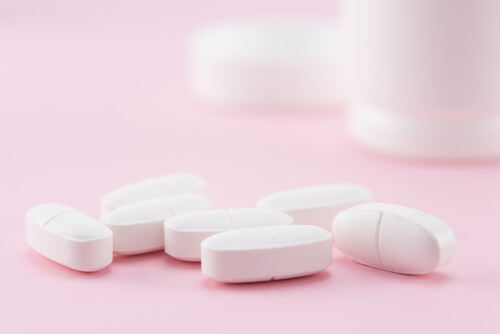 Tablets and capsules are available with varying amounts of the two medicines, for example, hydrocodone acetaminophen 7.5-325 and hydrocodone acetaminophen 5-500. The tablet or capsule should be swallowed whole with a full glass of water and with food to avoid an upset stomach. Crushing, breaking, or dissolving an extended-release formulation can lead to too much of the medication being released at once, causing serious problems including overdose and death.
Correct administration of the liquid formulation requires measurement with a medicine cup, dosing syringe, or measuring spoon for exact dosing. The drug should be stored at room temperature (60-85 degrees Fahrenheit).

Like most medications, this combination pain reliever is also associated with a number of adverse effects. Some of the most common side effects of acetaminophen hydrocodone include:

To manage these side effects, individuals who have been prescribed hydrocodone acetaminophen 5-325 (or other dosages) should avoid getting up quickly to prevent dizziness. It is a good idea to eat a high fiber diet and stay well hydrated (unless otherwise instructed) to prevent constipation. Any rash that develops while on this medicine should be checked out by a healthcare provider. If any of the above symptoms persist for longer than one week, it is essential to consult a physician.

In addition to these common side effects, more serious adverse events can occur and may be indicative of dangerous drug interactions or an overdose.

Some of the serious adverse effects of this combination of medicines include:

It is essential to seek medical attention for any of the above serious signs and symptoms. It is possible to overdose on hydrocodone acetaminophen.

Some of the adverse effects of this drug are potentially life-threatening and constitute a medical emergency. Call 911 and seek immediate medical care if someone who is on this medicine experiences:

FDA and Other Warnings for Hydrocodone Bitartrate and Acetaminophen

The Food and Drug Administration (FDA) has issued a black box warning for hydrocodone-acetaminophen to warn patients and doctors that the medicine is dangerous because:

In addition to the FDA’s black box warning, there are certain other dangerous effects of hydrocodone/acetaminophen including:

If one develops any of these symptoms, call 911 immediately or go to the nearest ER. If one have had an allergic reaction to this combination of medicines before, tell doctor about it because taking it again could prove fatal.

Who Should Avoid Hydrocodone/APAP?

People with certain medical conditions should avoid taking the combination of acetaminophen and hydrocodone: 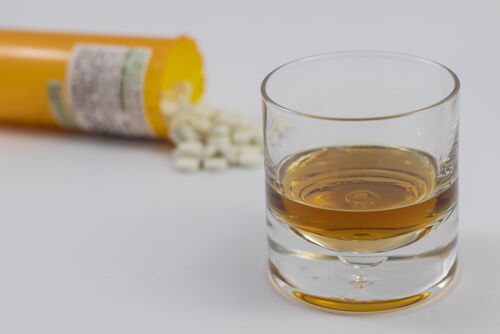 Hydrocodone bitartrate and acetaminophen can interact with a number of different medications, herbal supplements, and vitamins. Some of these drug interactions are dangerous because they alter the way the medicine works or increase its concentration in the blood. For example, mixing alcohol and hydrocodone can be lethal because both are central nervous system depressants that can cause respiratory depression, profound sedation, coma, and death.
Interactions can be avoided by carefully telling healthcare providers about all the prescription medications and over-the-counter supplements one takes. Some of the drugs that cause interactions with acetaminophen and hydrocodone bitartrate include:

Chasing a Hydrocodone Acetaminophen High: Potential for Abuse and Addiction

Opioid narcotics are powerful substances that act on receptors in the brain and depress the central nervous system. Hydrocodone acetaminophen 10-325 and other formulations of the drug can be habit-forming even when used with a doctor’s prescription. This is because prolonged use of opiates causes the brain to stop producing endorphins, a neurotransmitter that is naturally present in the body and activates opiate receptors to reduce the perception of pain. Opiate abuse leads to an inability of the body to naturally manage pain, leading to a need for higher amounts of hydrocodone-acetaminophen.

There are a number of drug addiction treatment options for individuals who are addicted to hydrocodone acetaminophen 7.5-325 or other formulations of the medication. Naloxone is used to rescue people who are overdosing on opioids. Medically assisted detox with buprenorphine and naloxone (Suboxone) can reverse the effects of opiates during withdrawal and control cravings. Methadone can help relieve withdrawal symptoms and make detoxification less uncomfortable. If one has an addiction to hydrocodone acetaminophen, help is at hand. The important thing is to understand the negative consequences of using and start drug rehab without delay.