Overeaters Anonymous: Finding Support From OA Meetings Near Me

Please note that AA meeting locations and schedules tend to change often and quickly. Please always check these times to be accurate. If you have new information about an AA meeting, please inform us at [email protected]

The term “addiction” has become synonymous in modern culture with the use of psychoactive substances. However, virtually any pleasurable experience can become addictive as long as the individual cannot stop the behavior and the habit has negative consequences on their life.

The same works with eating disorders. Compulsive eating, multiple attempts to lose weight can eventually cause harmful eating patterns and problems with emotional and mental health. Food addiction has not yet been accepted as a recognized mental disorder under the Diagnostic and Statistical Manual of Mental Disorders (DSM-5). Irrespective of this, various groups exist to support those struggling with various forms of compulsive and unhealthful feeding behaviors such as binge eating, anorexia, and bulimia. One popular food addiction support group is known as Overeaters Anonymous.

What Is Overeaters Anonymous?

There has been significant controversy among healthcare professionals and mental health experts surrounding the use of terms such as food addiction. Some argue whether the issue should be regarded as a substance use disorder or a behavioral disorder, and other professionals suggest that the condition is not a “true” mental health disorder. Despite this, there is strong evidence supporting the addictive potential of certain foods, especially processed foods and sweeteners.

Overeaters Anonymous (OA) is a mutual-aid organization founded in 1960 by Rozanne S. The primary goal is to provide support and service for individuals struggling with various forms of eating disorders such as compulsive overeating, binge eating, anorexia nervosa, and bulimia nervosa. According to the organization, anyone with a problematic relationship with food and a desire to stop eating compulsively is welcome to the group. It is open to all age groups, and there are no fees or dues required. 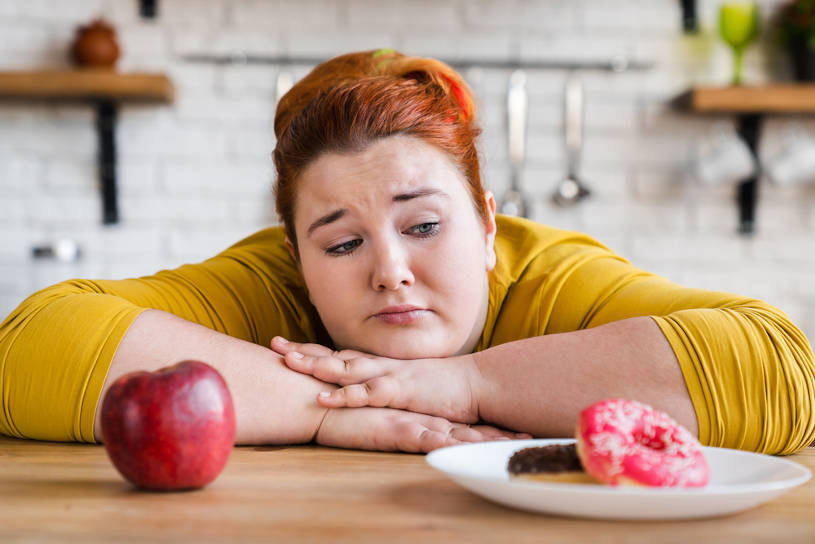 The organization has an estimated 60,000 members located in over 75 countries, with about 6,500 distinct groups. An OA meeting is based on the twelve steps and twelve traditions of the original mutual-aid group, Alcoholics Anonymous. They use various tools and techniques to encourage members to achieve greater dietary control, deal with food cravings and body weight concerns, and achieve a more wholesome way of living physically, mentally, and socially.

There are in-person and virtual meetings available in every state in the US.

How Do OA Members Reach Their Goals?

Remember that the primary goal of the OA program is not to “fix” the individual’s weight. Instead, the aim is to deal with the internal issues concerning their relationship with food and how this may negatively affect different aspects of their lives. Therefore the program uses several tools to help members achieve these goals. These include sponsorship programs, an Overeaters Anonymous food plan, regular meetings, meditation, self-affirmation, helpful literature, and various other forms of psychotherapy.

How Does OA Work?

OA is based on the 12 Twelve Step Program originally popularized by Alcoholics Anonymous, which focuses on physical, emotional, and social elements. No matter your ultimate goal, the meeting organization has a standard framework made up of nine key tools that can be applied successfully to a variety of situations. The tools used include:

Though the evidence of the advantage of these methods over other forms of cognitive-based therapy has not been consistently demonstrated, combining medical assistance with a food addiction support group such as OA may be the key to providing long-term support to individuals with eating disorders. 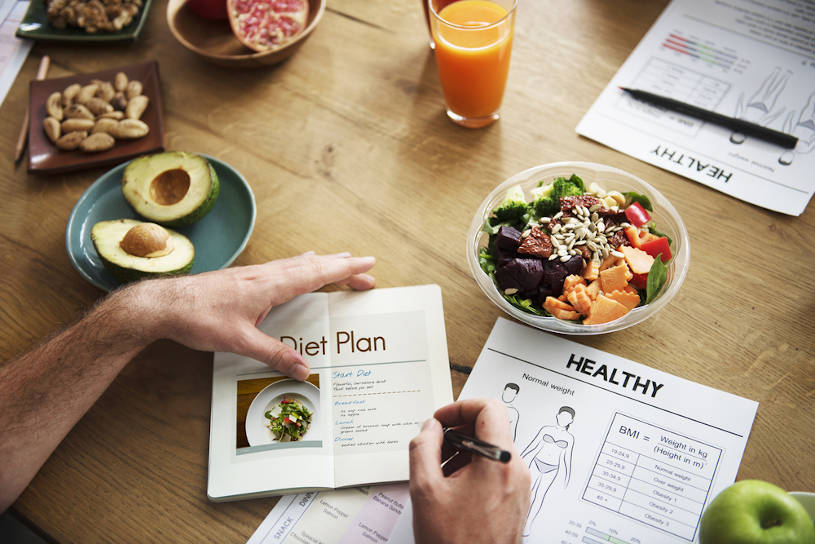 The Overeaters Anonymous Food Plan is also known as the Plan for Eating and is one of the program’s key tools to help its members achieve their goals. The aim is to help individuals identify harmful and counterproductive eating patterns such as compulsive eating and binge eating and guide them towards making healthier food decisions.

An OA Food Plan is highly individualized and thus doesn’t offer guidelines concerning caloric restrictions or meal guides. It instead encourages the user to form a healthy and sustainable meal plan and eating habits with the help of a doctor or a dietician.

The main benefit of this approach is that instead of encouraging members to focus on calories and weight loss, it instead promotes healthy feeding and avoidance of harmful behaviors. In addition, it has been shown that a dietary plan that is more process-oriented than goal-oriented may be associated with higher chances of overall success.

OA Meetings Near Me

Regular meetings are another key tenet of the program. These meetings may be in-person or virtual meetings. They allow members to identify specific challenges, discover solutions from other members, receive support along the journey, and share their success stories. In addition, it encourages a sense of community and solidarity among members.

While the size of an OA group might vary, the average group size is usually nine members. Each meeting typically begins with a Serenity Prayer, followed by the reading of Our Invitation to You, an OA text that describes the problem of compulsive overeating and the 12-step solution the group advocates. Following this, there is usually a group sharing session, sponsorship requests, and other activities. The program may vary from group to group, but most meetings typically last between 60-90 minutes and may meet only once or multiple times a week. 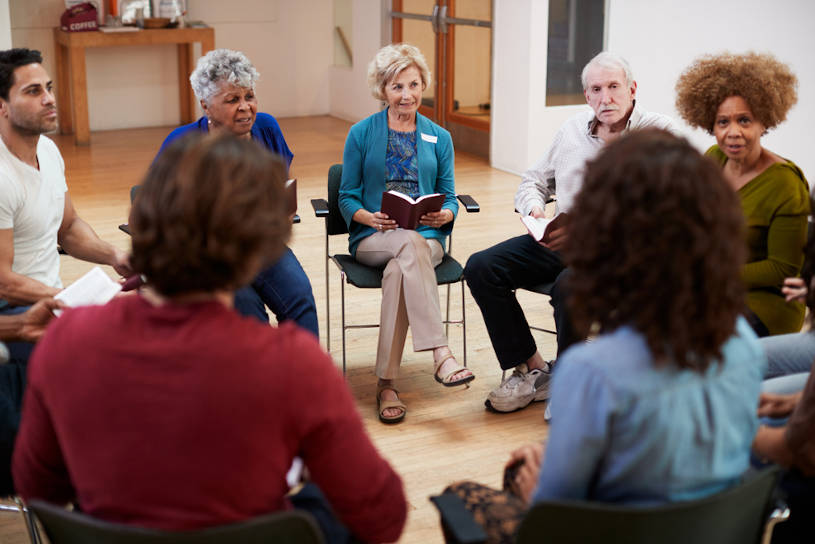 The Downside Of the Program

While there are numerous benefits to the OA system, the organization is not without its criticisms as well. One of the key criticisms of the program is the encouragement of members to avoid potentially “triggering” foods without clearly defining what this may be. While admittedly, which particular food is considered triggering may differ among individuals, by not having a clearly outlined definition, the practice of abstinence may quickly devolve into a restrictive diet which may come with other potential disadvantages. Therefore, encouraging healthy process-oriented dietary patterns should be advocated over restrictive practices.

Another criticism is labeling members as “addicts” even after years of attending the program and even getting control over their harmful feeding habits. It may contribute to long-term harmful effects on their psyche and permanently categorize themselves as “broken” instead of promoting healing as the program was initially intended to.

Other Eating Disorder Support Groups Near Me

While OA is undoubtedly one of the most popular eating disorder support groups, it is not the only one. Several other organizations provide help and support to individuals with various eating disorders and unhealthy relationships with food.

Just search online for more information concerning eating disorder support groups near me to get in contact with any of the programs listed above.

Eating disorders can be just as dangerous and debilitating as substance use disorders. They can significantly impact our health physically, mentally, and even socially. Unfortunately, most people fail to get the help they need due to the shame and stigma surrounding the condition and the fact that food addiction is not recognized medically as a mental health disorder.

Despite this, numerous food addiction support groups worldwide are willing to reach out a helping hand to everyone who is struggling with eating disorders. All you need is the desire to change and the commitment to take the journey to destroy your unhealthy relationship with food. If you or anyone you know is struggling with an eating disorder, search for more information on the nearest eating disorder support groups near me for more information. Learn how to get them registered with a program and take the first step toward a healthier, happier, and more wholesome life.