Effects Of Alcohol: What Does Alcohol Do to Your Body?

Every year, millions of people in the U.S. experience diagnosable symptoms of alcoholism. People addicted to drinking typically undergo a range of severe effects of alcohol on the body in their day-to-day physical well-being. Some of these changes appear in a brief period, while others develop over months or years. The physical effects of alcohol can lead to severe health problems or even death. However, in people who receive treatment and establish abstinence, some of the problems triggered by chronic heavy drinking may ease in severity over time. 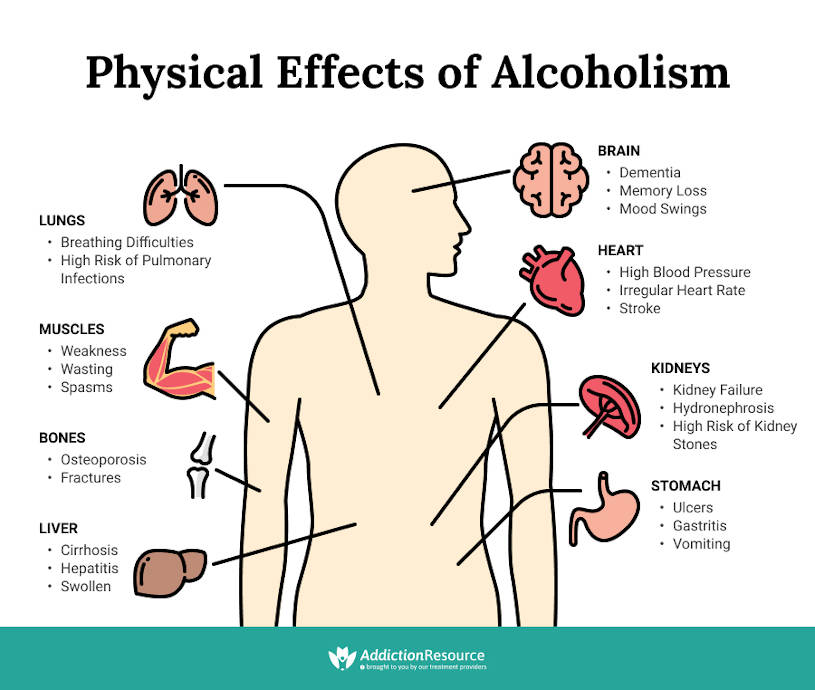 Physical Effects of Alcohol on The Body

Beer, wine, and hard liquor products all contain a substance called ethyl alcohol. While these products enjoy full social acceptance, ethyl alcohol itself is poisonous to the human body. Unlike food, this substance does not get broken down by the digestive system. Instead, it passes directly into the bloodstream.

Four Main Organs Bear the Brunt of the Harmful Effects of Alcohol on the Body:

The liver carries responsibility for breaking alcohol down and eliminating its byproducts from the bloodstream as rapidly as possible. However, in an hour, this organ can only process the amount of pure alcohol in one standard drink (approximately 14 grams). Anyone who imbibes at a faster pace will be exposed to the substance’s potential harms.

In the heart, excessive drinking can disrupt the electrical signaling system that makes the organ function. In turn, this disruption can lead to a reduction in vital blood flow. Any part of the body that doesn’t receive enough blood can sustain damage due to insufficient nutrients or oxygen.

Inside the brain, all alcoholic beverages slow down the standard rate of activity between the nerve cells (neurons) that provide incoming and outgoing communications pathways. If this rate falls below a sustainable point, the brain will stop sending an adequate number of signals to the lungs, heart, and other vital organs. The term used to describe this dire situation is alcohol poisoning.

The pancreas, which is part of the digestive system, is responsible for regulating the body’s blood sugar levels. Long-term alcoholism can cause the blood vessels around the pancreas to swell and cause pancreatitis, which is one of the effects of alcohol on the body. If left untreated, it increases the risk of developing pancreatic cancer, which is a rapidly-spreading and deadly type of cancer. Drinking long-term can impact the pancreas in a negative way, which can cause lasting health complications.

In a person who establishes a pattern of heavy drinking, alcohol-related changes in the brain also set the stage for the development of alcoholism. This situation occurs when the brain grows accustomed to the chemical alterations triggered by alcohol’s presence and produces a strong, adverse reaction when the substance levels fall too low. The long-term effects of alcohol on the body and brain explain the condition’s accepted medical standing as a chronic brain disease.

Short Term Effects of Alcohol Consumption on The Body

The short-term effects of alcohol use appear after just a few drinks. However, people who have low tolerance levels—first-time drinkers or those with a specific genetic makeup—may be affected after having only one drink. Some of these effects might seem harmless, but they are signals that drinking is taking effect in the body.

The Short term Effects of Alcohol Use and Abuse Include: 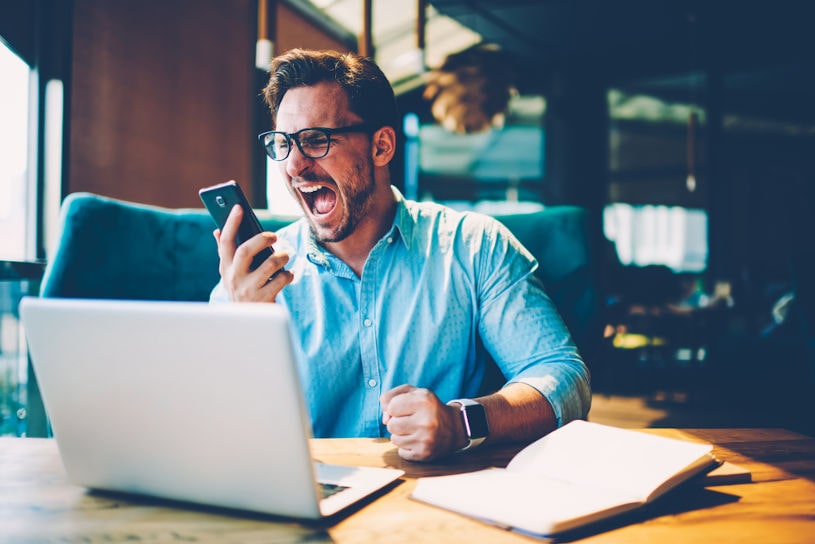 Long Term Effects of Alcohol on the Body

Continuous, heavy, habitual drinking takes a toll on the human body. As a result of their self-destructive behavior, alcoholics may suffer dire long-term alcohol effects that produce irreversible consequences.

Some of the Long Term Effects of Alcohol on the Body Include:

In a worst-case scenario, if one does not stop their excess drinking, their organs may start to shut down, causing coma and eventually death. 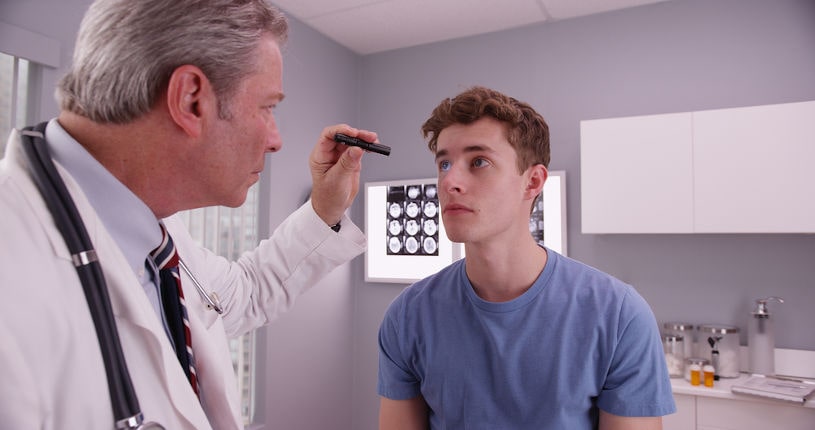 Some of the Severe Conditions or Alcohol Effects Include:

Other behavioral, emotional, and psychological long-term alcohol effects may include:

Alcoholism impacts the mind and body in profoundly negative ways, and no one who drinks to excess will escape the consequences of that behavior.

Overcoming the Effects of Alcoholism

Alcoholism affects people from all backgrounds and all walks of life, and no one who drinks is immune from the threat. In 2016, results obtained during the National Survey on Drug Use and Health showed that 136.7 million Americans aged 12 or older were current alcohol users. That included 65.3 million admitted to binge drinking and 16.3 million who reported heavy drinking within the past month. Some of these people were drinking even at their workplaces.

These numbers reveal the depth of America’s collective descent into risky alcohol-related behavior. For those who’ve fallen victim to addiction, their best hope for recovery is to seek professional assistance from trained addiction specialists to treat the effects of alcoholism.

If one has an alcohol problem, they shouldn’t be ashamed to ask for assistance, and one should ask now before it is too late. Detox and addiction rehab centers offer recovery programs that can help even the most desperate individuals overcome their alcohol dependency. Regardless of the nature and severity of drinking problems, they can help a victim of addiction and manage alcohol effects.