Wet brain, also known as Wernicke-Korsakoff syndrome (WKS), results from brain damage due to severe thiamine or vitamin B1 deficiency. This condition usually progresses in two stages if left untreated – the first stage is Wernicke encephalopathy, and the second stage is Korsakoff syndrome, AKA Korsakoff psychosis. Read along further to find details about wet brain syndrome, its causes, WKS signs and symptoms, and the treatment and prognosis of wet brain syndrome.

What is Wernicke-Korsakoff Syndrome or Wet Brain?

One might have seen them on the street. Walking unsteadily. Slurred speech. Eyeballs are moving unnaturally as if they have no control over them. Violent muscle twitches. Mental confusion. Mumbling about events that are figments of the imagination. This is not a person who has had one drink too many the night before. It is an alcoholic who is probably suffering from wet brain syndrome. Alcoholics present a sorry sight, but the reality is grimmer. If this disease is not treated, it is possible to die from it.

According to the NIH, Wernicke-Korsakoff syndrome is a type of brain damage caused by a severe thiamine deficiency or vitamin B1 deficiency. It is named after Dr. Wernicke and Dr. Korsakoff, who identified the symptoms of the disease.

WKF is known to occur in people who have alcoholic dementia. It is a complex syndrome that consists of Wernicke’s encephalopathy and Korsakoff psychosis acting successively: 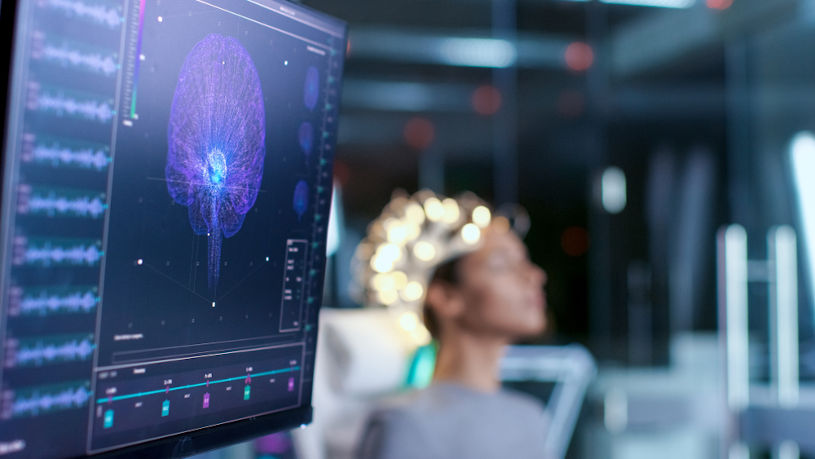 Wernicke’s encephalopathy and WKS are most commonly seen in people with an alcohol use disorder. WKS has been shown to have a low prevalence based on the reported cases found in autopsies. However, it is estimated that many of its cases go undiagnosed and are under-reported. The prevalence rate is higher in certain populations such as homeless people, older population, and psychiatric patients, all of who have poor nutritional states and increased alcohol use. This disorder is more prevalent in males than females, whereas the age of onset is distributed from 30-70 years.

A study declared that only 20% of Wernicke-Korsakoff syndrome cases are diagnosed properly, whereas many remain undiagnosed. This failure in diagnosis and treatment results in death for 20% of the patients, leading to permanent brain damage in 75% of them. 25% of the individuals require inpatient treatment and rehabilitation to receive effective care and support since they are usually the ones who have comorbidity in more than one domain. NCBI study said that only 1-20% of the cases are clinically diagnosed, whereas up to 80% are found on post mortem examination of the brains.

The main cause of Vitamin B1 deficiency is severe and long-term alcohol addiction. As time progresses, it affects how alcohol is absorbed, stored, and used in the body, which can cause wet brain syndrome. However, certain other causes of this disorder occur when a person does not get enough nutrients from their diet or because of other health conditions.

The risk factors for wet brain mainly depend on diet and lifestyle. Malnourishment and alcohol abuse are the contributing factors that can put a person at risk of developing wet brain syndrome. However, there are some other risk factors as well, which are listed below: 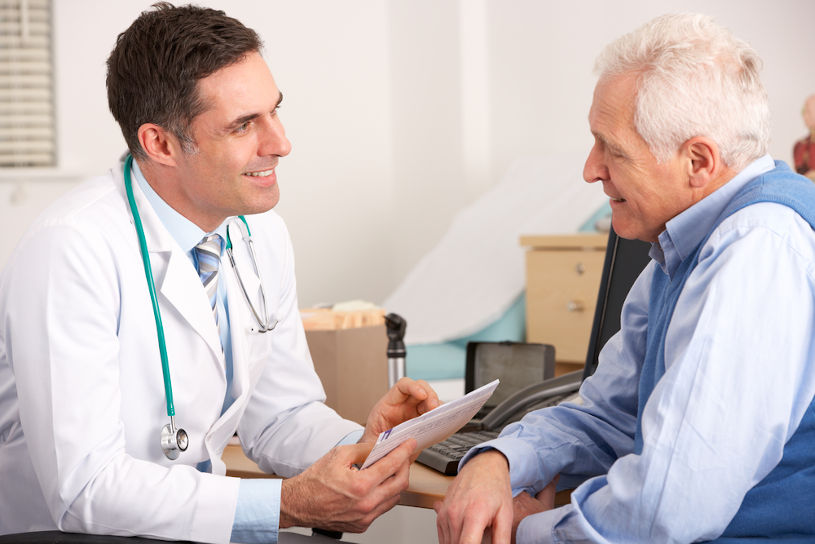 Why is Thiamine Deficiency Common in Alcoholics?

Thiamine deficiency is common among alcoholics because of their poor eating habits. Even when alcoholics don’t avoid eating, consuming large amounts of alcohol regularly can cause the body to have difficulty absorbing thiamine. According to a publication by the U.S. Department of Health and Human Services, alcohol impairs the body’s ability to absorb thiamine from food sources. Therefore, wet brain disease is higher in alcoholics because of the peculiar way sugar acts on the thiamine-deficient brain.

Thiamine deficiency can also occur in non-alcoholics; this condition is called Beriberi. It is of two major types: wet Beriberi, which affects the cardiovascular system, and dry Beriberi, affecting the nervous system. Usually, if a person eats a well-balanced, healthy, and regular diet, they should get enough thiamine and save themselves from Beriberi.

There are certain symptoms of a wet brain that may even be long-lasting or permanent. These symptoms should be distinguished from the acute effects of increased alcohol consumption or during ethanol withdrawal.

The Typical Symptoms of Wernicke’s Encephalopathy Are:

Its Typical Symptoms Include the Following:

If Wernicke encephalopathy is not treated promptly, KP develops and damages structures of the brain associated with global amnesia, which is the inability to remember new information. The classic symptoms of KP are severe loss of memory and inability to process new memories.

How is Wernicke-Korsakoff Syndrome Diagnosed?

A doctor can diagnose WKS by checking the patient for certain signs as well as some other tests. Blood alcohol levels should be checked along with a liver function test to determine if liver damage has occurred due to alcohol addiction.

A Doctor May Also Look at the Following Signs to Check for Chronic Alcoholism:

Apart from these, the doctor may order some blood tests to check for any malnourishment. These include:

How is WKS Treated?

According to the findings of this research, the gold standard of treating Wernicke encephalopathy, 500 mg thiamine hydrochloride with normal saline, should be given to patients with acute Wernicke encephalopathy thrice daily for at least three days. The thiamine should be administered intravenously. Human body can use only 5 percent of the thiamine taken orally, whereas IV thiamine has 100 percent bioavailability.

This is to be followed by 250 mg of thiamine hydrochloride in regular saline once daily for three more days. An oral thiamine course should accompany IV therapy. Comatose, lethargic, or unconscious patients should be treated at a medical facility where their vitals can be continuously monitored.

But sometimes, treating thiamine deficiency poses significant challenges. For instance, patients who have developed thiamine deficiency due to malnutrition or vomiting for prolonged periods may also have low blood sugar levels. Hypoglycemia or low blood sugar necessitates the administration of glucose. But administering glucose to thiamine-deficient individuals can increase their risks of developing Wernicke encephalopathy.

According to the research, hypoglycemic patients should be administered glucose urgently to prevent them from going into a coma. But thiamine MUST be delivered to them as soon as their blood sugar levels normalize.

Sometimes, patients may need to stay in the hospital to help control their symptoms. Monitoring and special care may be needed if the person is:

What is the Wet Brain Prognosis?

The prognosis for patients in both stages of Wet Brain disease is different. This is discussed below:

Fortunately, most symptoms of Wernicke encephalopathy, like vision and speech problems, uncontrolled muscle movements, unsteady gait, and confusion, or delirium, can be slowed, stopped, or reversed if treated promptly with thiamine supplementation.

Here is a case study that demonstrates how intensive thiamine replacement therapy can manage and improve the symptoms of Wernicke encephalopathy and help an individual regain most of his physical and cognitive functionalities.

The untreated alcoholic wet brain syndrome can trigger complications like permanent alcoholic neuropathy that causes a host of symptoms like problems in swallowing and talking, uncoordinated muscle movements, impotence, nausea and vomiting, urine incontinence, and constipation or diarrhea.

Untreated Wernicke encephalopathy progresses to Korsakoff psychosis. Unfortunately, the prognosis is grim for a family of individuals who have developed psychosis. Symptoms like memory loss and loss of mental abilities are usually permanent. Death is not uncommon because of Korsakoff syndrome. The severe brain damage developed into KP leads to cognitive decline and dementia in thiamine deficiency alcoholism. The final stages of the disease are coma and, ultimately, premature death.

WKS MUST be treated urgently, else the symptoms cannot be reversed, and worse, the individual usually dies. The death rate for Wernicke-Korsakoff syndrome is about 10% to 20%.

As many as 25% of WKS patients require continued medical care and support as they develop other complications. 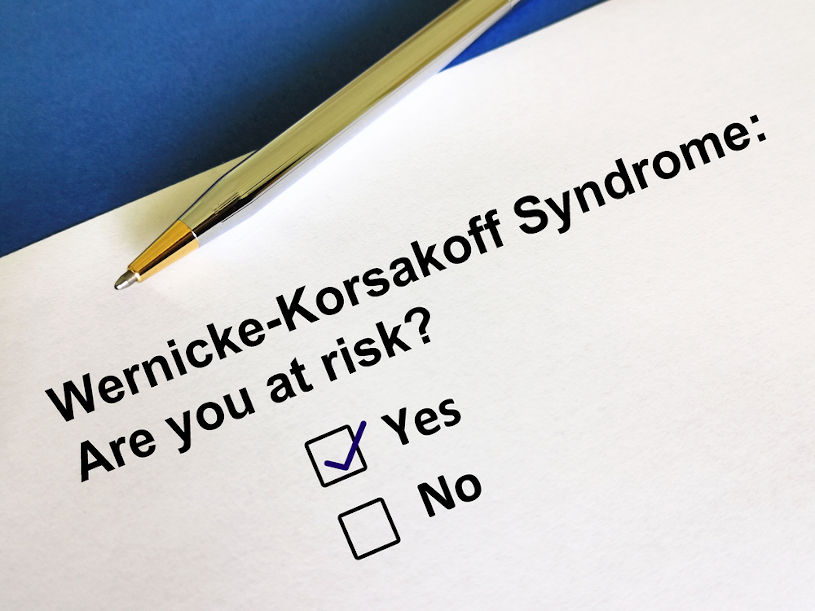 How Long Does WKS Treatment and Recovery Last?

A wet brain should ideally be treated at all stages at a medical facility where doctors can monitor symptoms and administer drugs accordingly. The cost of treatment depends on the length of stay in the hospital. The duration, in turn, depends on the severity of symptoms.

Sometimes patients with alcohol-induced thiamine deficiency and mild symptoms of Wernicke encephalopathy are discharged within a week after administering IV thiamine. Patients who have developed KP require longer stays and extensive physical and cognitive rehabilitation to improve symptoms like uncoordinated muscle movement and mental confusion. The hospital stay duration also increases if patients have complications like malnutrition, liver damage, and cardiovascular disease.

After being treated for thiamine deficiency, some patients are discharged to be cared for in a nursing home. These are alcoholics in recovery who may need help eating, walking, or bathing.

At other times, patients who exhibit psychiatric disorders like alcoholic wet brain-related dementia are admitted to a specialty psychiatric treatment unit.

There are a few lifestyle tips that one can adopt to prevent this Wernicke-korsakoff syndrome. These Include the Following:

Wernicke-Korsakoff syndrome treatment to improve prognosis can be lengthy and costly because thiamine deficiency alcoholism manifests as a clutch of co-occurring symptoms. Therefore, it is imperative that physicians, along with those who drink heavily and their loved ones, learn to identify the signs of Korsakoff syndrome and contact rehab centers to seek treatment immediately.

People who drink alcohol should make sure that they take regular thiamine supplements. The best way to prevent Korsakoff syndrome is to abstain from alcohol and maintain a balanced diet. A person who continues to drink should keep in mind that an alcoholic wet brain syndrome can lead to permanent brain damage, coma, and death.