Mouthwash And Alcoholism: The Dangers Of Drinking Mouthwash To Get Drunk

Mouthwash includes several chemicals which help in maintaining the oral health of the user. The various chemicals such as chlorhexidine gluconate, hydrogen peroxide, or methyl salicylate are toxic if ingested. They are supposed to spit out, not swallowed. However, since it also contains alcohol(ethanol), some people drink it in an effort to get drunk. Ingesting methyl alcohol along with the other toxic ingredients of Listerine can cause serious side effects such as overdose, liver failure, blindness, organ failure, gastrointestinal damage, and even death. Read along further to find answers to questions such as is mouthwash bad, is there alcohol in Listerine, can you get drunk on mouthwash, and what are the dangers of drinking mouthwash?

A person with alcoholism struggles with many demons. Drinking mouthwash to get drunk is not uncommon among them. Studies have shown that many alcohol abusers turn to non-beverage ethanol to feed their addiction. A one-year study conducted to describe the use of non-beverage alcohol consumption showed that 11% of inpatient alcoholics at a veterans hospital and 8.6% of alcoholics at a community hospital consumed non-beverage alcohol in the form of toiletries aftershave and organic solvents. 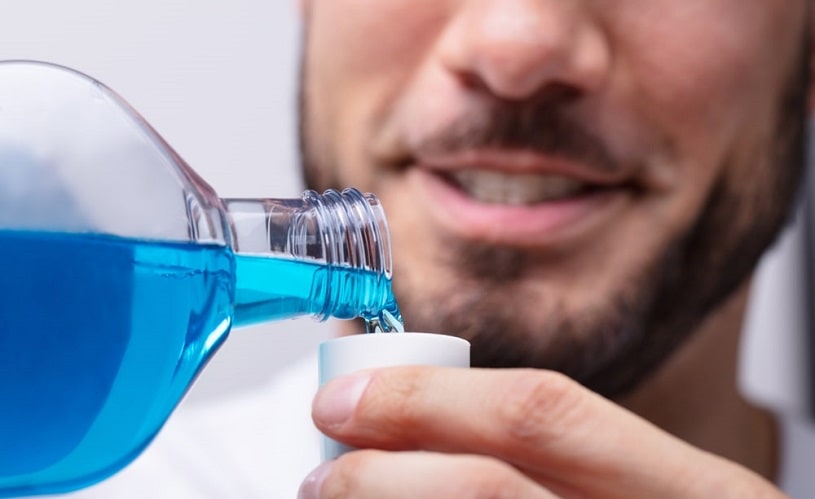 Another study describes the consultation of several alcoholic patients whose liquor consumption included non-beverage forms of alcohol. Alcoholics who drink Listerine are in great danger because of the adverse effects Listerine produce on their health.

Can drinking mouthwash kill? The answer is yes. By consuming Listerine to get drunk, an alcoholic is at risk of injury or death.

Is Mouthwash Bad? Why Do Some People Drink It?

Mouthwash with alcohol is dangerous for people with alcohol troubles because it can quickly become a secret vice. Alcoholics can conceal their addiction from family and friends. Personal care products are readily available at thousands of convenience stores and supermarkets in America and around the world. They provide inexpensive 24×7 access to liquor.

There Are Some Common Reasons Why People Opt for Drinking Listerine, Some of Which Are Listed Below:

Who Is More At Risk To Drink Listerine For Getting Drunk

Can you get drunk on mouthwash? Yes, and some people are more at risk to drink Listerine in order to get drunk.

Listerine Ingredients: Are They Toxic?

Is mouthwash bad? The label on a bottle of Listerine contains stern warnings. Keep out of reach of children. If swallowed accidentally, contact a poison center.

This Is Because, in Addition to Ethanol, Oral Hygiene Products Contain a Number of Potentially Toxic Ingredients Such as the Following:

Listerine Side Effects: what happens if you swallow hydrogen peroxide?

Can one die from drinking mouthwash with alcohol? If someone accidentally swallows a small amount of the product, it is not dangerous. But, ingesting a large amount of mouthwash or drinking Listerine can be lethal.

Some of the Side Effects of Drinking Mouthwash Habitually Include:

Research Suggests That the Symptoms of Overdose or Poisoning From Drinking Listerine Include:

According to a Case Study of an Adult Who Overdosed on Listerine, the Following Overdose Symptoms Were Observed:

How Much Alcohol is in Listerine?

Alcoholic beverages contain a type of alcohol called ethanol. Ethanol is also found in many commercial products such as hairsprays, hand sanitizers, perfumes, cough and cold remedies, and Listerine. Does Listerine have alcohol? And, importantly for recovering alcoholics, can drinking Listerine cause a relapse? 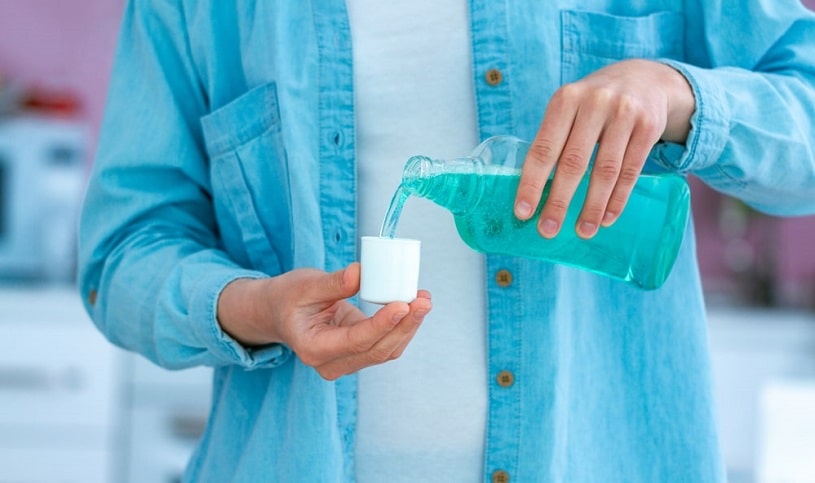 In Contrast, the Alcohol in Mouthwash or in Popular Oral Hygiene Products Is:

The alcohol in mouthwash is higher than many popular alcoholic beverages such as beer, wine, and liquors, making it extremely potent. In fact, a 30-60 second swish of an oral hygiene product can trigger a positive breathalyzer test without actually consuming an alcoholic beverage. People recovering from alcoholism may not know the effects of drinking mouthwash. The truth is that a recovering alcoholic can quickly become addicted to drinking mouthwash to get drunk.

Alcohol in Mouthwash: What Does It Do?

Manufacturers of Oral Hygiene Products Include Alcohol in Mouthwash Because It:

People in recovery who do not have easy access to traditional alcoholic beverages, such as individuals who are incarcerated, serving in the military, or hospitalized long-term, are at increased risk of abusing oral hygiene products.

If a recovering alcoholic wants to maintain oral hygiene and avoid tooth decay, bad breath, and plaque build-up, an alcohol-free product is a right choice as it does not put the user at risk of relapse.

If someone thinks that they have overdosed on Listerine or are in the habit of drinking Listerine or their loved one is going through this situation, they can call 911 or the Poison Help Hotline to get emergency help. Once the emergency has been resolved, patients can be treated at alcohol rehab and recovery centers, where they can be provided with the best medical care, information, and treatment. Treatment can include medical detox as well as therapeutic approaches to help patients start their life in recovery. Through personalized treatment approaches, patients can quit alcoholism and learn techniques to prevent relapse in the future.