Cocaine and Crack Addiction and Treatment 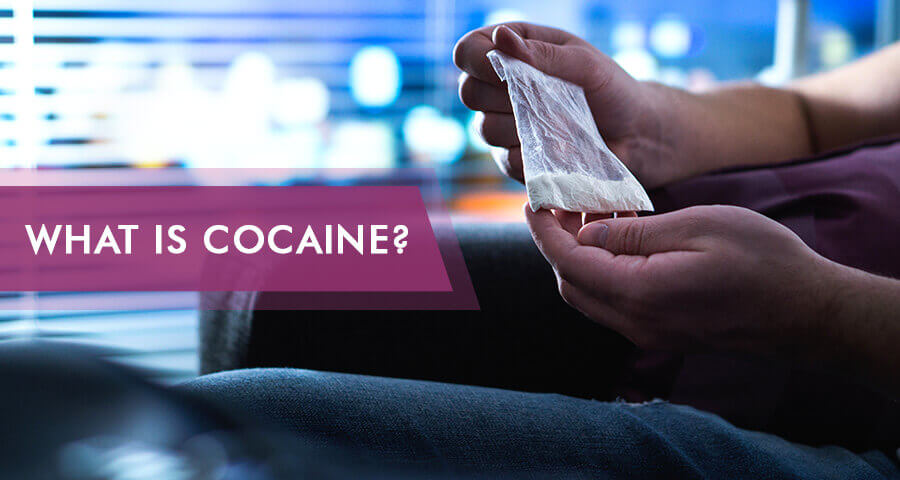 Cocaine and crack are two versions of the same drug. Both come from the same plant, but coke is usually snorted in powder form while crack is usually smoked. These drugs are powerful and highly addictive, with some users reporting that they felt unable to stop using the drug from the first time they took it. Because the addiction is powerful and the drug is dangerous, users should never attempt to quit using cocaine or crack on their own. Instead, they should rely on professional assistance to get clean and live a better life. 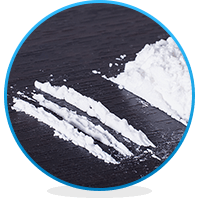 Where does cocaine come from and how is cocaine made? Cocaine is made from the leaves of the coca plant, which is native to South America. In its natural state, the coca plant is relatively harmless, but when refined into coke, it can lead to severe and sometimes fatal physical responses. It immediately causes high blood pressure and rapid heart rate. Sometimes, they are elevated to deadly levels.
Cocaine comes in the form of a fine powder which is usually snorted—inhaled through the nose; the standard dose taken is called an 8 ball of cocaine. Freebase cocaine can be smoked. It is a stimulant drug, which causes a powerful “high” that leads to euphoria, talkativeness, and an overabundance of energy. Also, cocaine is cut with other substances.
As the body becomes increasingly tolerant to coke’s effects, dependence begins. More and more of the drug is needed to obtain the same effects. Users must use the drug more often to feel the same high they desire. As the body becomes increasingly tolerant to cocaine’s effects, dependence begins.
Cocaine and crack are some of the most concentrated and lethal drugs out there. 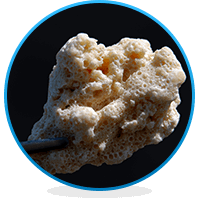 Crack is the crystalized version of cocaine. The drug gets its name from the popping and cracking sound it makes when it is heated. While cocaine prices are high and thought to be limited to the rich and elite, crack is cheap. This makes it especially appealing to teens and young people, as well as anyone on a limited income.
Because it is more concentrated, crack is also far more lethal than cocaine. Cocaine is often cut with other ingredients, but crack is up to 100% pure, so its effects are stronger and longer lasting. This makes overdose an even greater risk.

While coke users opt to take the drug for what they perceive as positive effects, use of the drug comes with numerous negative effects. These negative results of use can be short-term, ending when the drug is out of the system, or long-term, having permanent or semi-permanent effects on the body of the user. In order to avoid the most serious cocaine effects, the user should seek out addiction therapy.

How Does Cocaine Affect the Brain?

Cocaine affects the brain by causing a large release of dopamine, a chemical in the brain that controls pleasure and happiness. This large release of dopamine is what causes feelings of euphoria, also known as a “high.” How long does cocaine last in one’s system?
Cocaine’s effects only last about 15 to 20 minutes and leave the user craving more of the drug after the high wears off. While under the influence of the drug, the user is impaired physically and mentally and should avoid dangerous activities, like combining cocaine and driving.

Anyone can become addicted to cocaine and/or crack. Certain groups may be more likely to become dependent on drugs, while others may be more likely to try drugs in the first place, thus increasing their risk of dependency. Besides, no one knows exactly how much cocaine to overdose.
Being that cocaine is one of the strongest drugs available, it is often sought by those who have started out using other drugs. While there are many people who could be at a higher risk of cocaine abuse and addiction, those who are self-medicating or those who begin by using less “hard” drugs are most likely to try crack or cocaine. For instance:
Veterans are more likely than the general population to succumb to drug and alcohol abuse. They often experience co-occurring disorders, including depression and post-traumatic stress disorder.
Teens and college students are also more likely to try drugs and alcohol due to peer pressure, and because they are often available at parties and other places young adults frequent.
Cocaine is also one of the most commonly used drugs among working professionals, making in those in certain career fields more likely to try crack or cocaine while on the job, or after work.

Why is Crack considered to be more dangerous than Cocaine?

Crack is considered to be more dangerous than cocaine because crack is up to 100 percent pure, whereas the powdered form of cocaine is often mixed with other powders. Because crack is smoked instead of snorted, it reaches the brain quicker, making an overdose much more likely.

Most drug users will try to hide the fact that they are using from those around them. Some behaviors may manifest over time, however, as it is hard for drug addicts to keep their habits a secret for long periods of time. Knowing what to look for will allow to get help for the loved one as soon as possible. Below are some signs of cocaine use to look for.
Secretive behavior – Drug users will often try to hide drugs, paraphernalia, and other items related to their addiction, such as money earned by selling drugs. If someone notices the loved one behaving secretive, locking the room, or leaving for hours at a time without a good explanation as to why, this is a warning sign.
Hygiene – As an addict becomes more entrenched in drug abuse, he or she may lose interest in personal appearance and hygiene. Hair and teeth may go un-brushed, and the same clothing may be worn for days at a time.
Obvious physical signs – Drug addicts may begin to exhibit some physical signs of drug abuse over time. Cocaine users may experience nose bleeds, or sores around the nasal area from sniffing cocaine. Rapid jaw movement is another sign. Jaw locking or teeth clenching, tremors, and red eyes are also indicators.
Money – If the loved one has frequently started asking to borrow money, or if money and valuables have gone missing, this could be a sign that he or she is using the funds to buy more cocaine
Personality – Drugs often change a person’s personality. Outgoing individuals may become withdrawn and quiet. Aggression and paranoia are also common.
Work and school – In teens, grades may begin to slip as more time and mental energy is spent acquiring and using drugs. Adults and teens alike may begin to perform poorly at work.
Isolation – One who is addicted to cocaine will become isolated, staying away from those that can tell if they are using.
Needle Marks – With cocaine use, it can be used intravenously. Needle marks, also known as track marks, can be found most commonly on the arms, legs, and between the toes.
In addition to these signs, another way to pick up on addiction in a loved one is to listen for cocaine slang associated with cocaine use. This can include street names for the drug, references to specific locations, and mentions related to ways of taking the drug.

Cocaine is often used by young people. In fact, 1.3 percent of 8th graders report having using cocaine at least once in their lives, with 4.2 percent of 12th graders having used the drug.
However, use is greatest in those aged 26 and older, with more than 16.5 percent of people in this age bracket having used cocaine at least once in their lives.
In 2014, about 913,000 Americans met the Diagnostic and Statistical Manual of Mental Disorders criteria for dependence or abuse of cocaine over the past 12 months.
In 2011, cocaine was involved in 505,224 emergency department visits for drug misuse or abuse.

Cocaine and crack addiction are hard to beat since cocaine is so addictive. Many users are tempted to try to quit cold turkey and detox on their own. While some users who are not heavily dependent on the drug might be successful in doing so, those who use cocaine frequently or for long periods of time will require assistance in safely detoxing and building the skills needed to cease use of the drug for life.
There are numerous rehabilitation centers available across the United States, and each one offers its unique approach to cocaine addiction treatment. A rehabilitation facility will help patients effectively detoxify themselves from the drugs, manage the symptoms of cocaine withdrawal, as well as obtain support from trained medical professionals and others who struggle with the same issues. Users can choose from inpatient, outpatient, and combination treatment. With cocaine addiction, inpatient treatment is usually needed to get through the initial rehabilitation stages. Once the user is better able to resist cravings, they may switch to outpatient care.
Ongoing support will be needed. Because recovery is a lifelong process, users need to make certain they have a support network they can rely on after treatment is complete. This should include friends and family as well as anonymous meetings where they can lean on those who are in the same position they are.

While cocaine is a difficult drug to beat, certain treatments for cocaine addiction can be effective if administered properly. Cocaine treatments, if they are to be effective, often include a combination of inpatient treatment, group therapy, and other continuous forms of support. Cocaine relapse is possible with any form of treatment, but much less likely when rehabilitation is sought.
Both cocaine and crack are highly dangerous drugs that negatively impact the user mentally, physically, and socially, but there is life beyond addiction. When in the throes of addiction, quitting use can seem impossible. However, by selecting the correct rehab center and putting in the hard work, a user can cease use of the drug and live a better life.