Cocaine Overdose: What Happens If Take Too Much 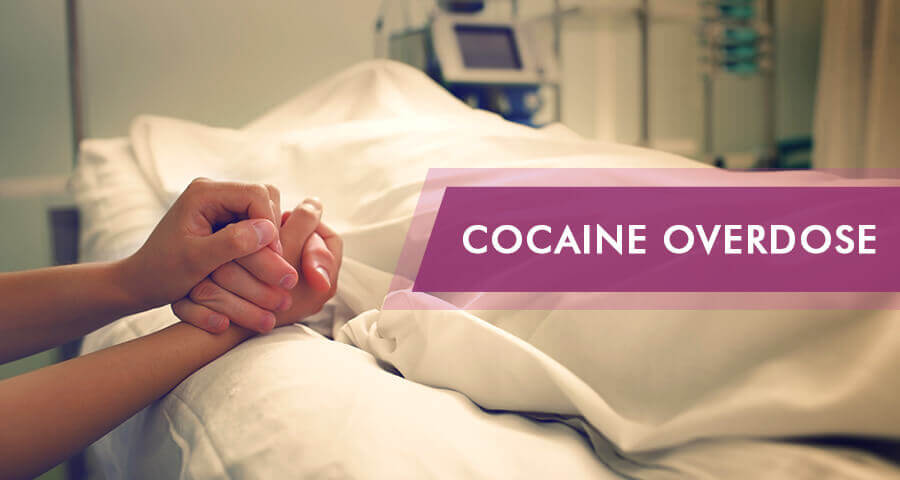 Cocaine is a stimulant, and as such, it gives an unrealistic perception of how high one is. As a result, taking more of the drug or mixing it with other drugs can be lethal.
Heart attacks, brain hemorrhage, lung failure, and hyperthermia are some of the causes of death. In the case of an overdose, call 911.

What Is Cocaine Overdose?

Cocaine is a powerful stimulant. Usually, coke-heads snort the drug. However, abusers can smoke coke, inject, or ingest it. One can even rub it onto gums or shove it up to anus. There’s nothing that an addicted individual wouldn’t try.
Cocaine is usually said to be the drug of the wealthy clubbers and many famous people. Individuals who are seeking its recreational effects might be disappointed, though: its blissful kick doesn’t last too long (around 30 min).
Thus, users might decide to take a bit more… and a bit more. Overall, cocaine is a stimulant, people might feel too confident and consume more of the drug, which can lead to an overdose.

What Are Cocaine Overdose Signs?

People on cocaine, as explained above, can easily overdose. Especially, when one doesn’t know what a dealer has put in a bag or how strong current product is. Overall, Some users have concerns about how to differentiate wearing off from overdose symptoms. Of course, everything depends on the quality and purity of cocaine, some individual differences and the history of abuse.
However, some of the common signs of a cocaine overdose are:

Other warning signs include:

In conclusion, cocaine affects all the organs in the body and leads to cognitive changes that are typical for paranoid patients. All this can be dangerous to the people around coke abusers. It is better to know all the symptoms of cocaine use in general.

What Is Cocaine Overdose Amount? 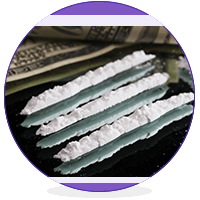 There’s no exact amount that we can call lethal. Even one-time users can die from cocaine. Cocaine amounts vary from 10 to 150 mg. For some people, a lethal dose can be 1.2gr, while for others 5gr.
Thus, another problem that users should be aware of is mixing coke with other drugs. Mixing coke with depressants can trigger an escalating abuse, which can result in an overdose. Mixing coke with other stimulants can also be lethal.
A scary combination is a cocktail known as speedball – the mix of coke and heroin, usually with a fatal outcome.
However, there’s another combination that can be more dangerous – mixing coke with alcohol. As a result, it forms a toxin called cocaethylene, which leads to different physiological and psychological problems and death.

Can Cocaine Overdose Cause Death?

Cocaine, just like marijuana and alcohol, is highly abused in the USA. Data shows that 500,000 users have had trips to the ER. Unfortunately, 7,000 of them ended with death.
One of the leading causes of death due to cocaine overdose is related to the cardiovascular effect on the body. Tachycardia is common. When the heart starts working too much without having the needed resources, that may result in a heart attack.
The lungs can also suffer tremendously, and a person can die from a respiratory failure.
A cerebral hemorrhage is another cause of death. Actually, all organs are in danger. In addition, seizures are also lethal. What’s more, cocaine overdose leads to an increase in the body temperature, and death, respectively. When we add all the accidents caused by coke abuse, the rates of death are alarming.

How Does Cocaine Overdose Treatment Work?

Like any other overdose, never leave a person who’s high on coke alone. Make sure he or she is in a safe environment and apply cooling patches to maintain a constant body temperature. If one has taken too much coke and feels like heart and brain will explode or it feels too hot and thirsty, these might be signs of an overdose, so do not hesitate and call 911 immediately before body tremors starts.
Therefore, when admitted to the hospital, doctors may use benzos to lower the blood pressure and deal with the high levels of energy and anxiety. Acetaminophen can be used to reduce the body temperature. All in all, People who have survived an overdose from cocaine describe that as a real hell. To make sure the the loved ones will never go through such a thing, just stay away from the drug.
If one is struggling with an addiction, find the best treatment nearby. There are numerous rehabilitation facilities. In- and out-patient centers, plus luxury rehabs, are out there to help. Find the right one. After detox, always consider proper aftercare and therapy.