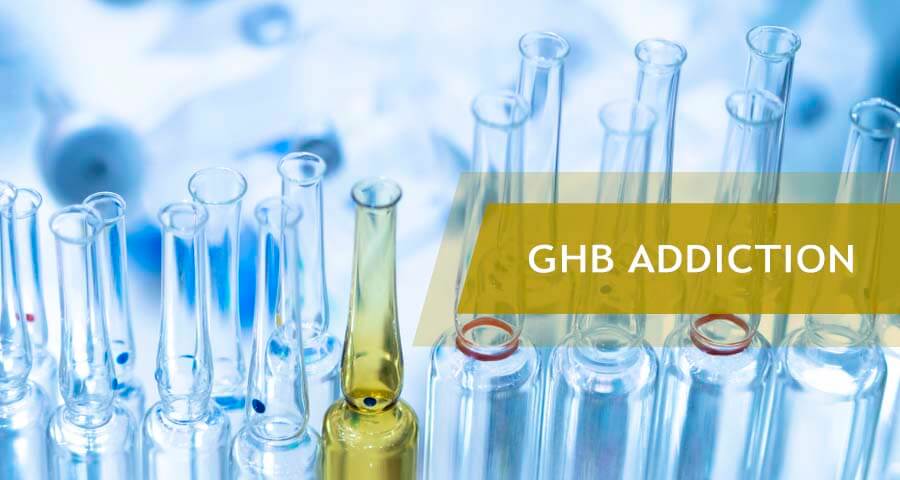 Gamma Hydroxybutyrate, commonly known as GHB, was first used during the late 15th century as a sedative and sleeping agent for childbirth. During the 19th and 20th century, the component was developed into a depressant for medical use. It currently carries a well-known reputation as a club/date-rape drug due to it being well camouflaged.
GHB abuse runs through teenagers and young adults at parties, clubs, and raves. One can assume that GHB addiction often starts in environments such as these. The drug has no smell and is colorless, which could make detection difficult within a busy environment. 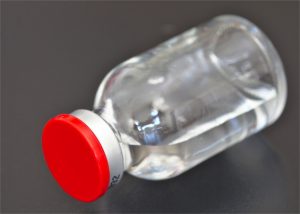 The drug, known by the street name Liquid G, Liquid Ecstasy, Cups, and many more, is a popular drug used by people for many reasons. These include club and party-goers, people who have recurring sleep issues, chronic dieters, and those in the fitness industry.
Though it is a controlled substance, availability is common. The drug became popular in the 1980s gym scene and is still in use by the fitness industry for its bodybuilding capabilities today. These range from protein synthesis, muscle-building, and fat reduction. GHB drug abuse is a serious concern with many health hazards that are often overlooked or ignored due to the body’s natural production of it. One assumes as the body makes its own supply, it can’t be that dangerous.
The drug sold as pharmaceutical products e.g. XyremⓇ is a Schedule III substance and used under medical supervision only. Pharmaceutical companies marketed weight-loss and sleeping-aid products using GHB, and coined phrases surrounding its use e.g natural supplement in an attempt to satisfy concerned consumers.
It ran rampant during the 1980 and 90s as a supplement made popular by bodybuilders for its aid in the production of Growth Hormone. Though the drug has banned status, many athletes use it for the potential benefits e.g. for a quicker recovery during workouts.
Researchers gather new information every year, and the National Institute of Drug Abuse commented in a 2001 report that “GHB has several characteristics that increase the likelihood of toxicity,” says Dr. Frankenheim. “A small increase in dose can push the sedative effects to a lethal level. High doses of GHB overwhelm the body’s ability to eliminate the drug, and therefore lead to greater effects of longer duration than expected.”
Whichever way one views GHB addiction, it is easy to see that the drug is easily available through multiple avenues and local and international production. Standard warnings about “natural supplements” are ignored by the public in general as these products aim to promote weight-loss, reduce fat, encourage sleep, and so on.

The dangers of GHB abuse can vary from nausea to death, depending on the body’s tolerance level, dose ingested, and time frame. Addiction takes place from a matter of a few weeks to a few months. Users count on the drug for a variety of feelings. As the user continues on this path, they will use more of the drug to achieve the same “high.” Addicts invent reasons to keep using their drug of choice.

What are the Symptoms of GHB Abuse?

Users have reported certain “benefits” and positive effects using the drug. These include an increased sexual drive, calmness, loss of shyness and bouts of Euphoria. Users may want to keep experiencing these effects, and GHB use signs include:

The drug is usually taken with alcohol or other potentially-fatal substances. These create a cocoon, enveloping the user, and extending that feeling. Unfortunately, this may also lead to nervous system depression and respiratory distress.

GHB addiction symptoms are like other commonly-abused, illegal drugs. These point to the associated seriousness about it. The individual may grow apart from family and friends, and develop obsessive behaviors. Bouts of memory-loss can give way to actions one might view as troublesome but the individual will find no recollection of wrongdoing. There may be cases where the victim (unknowingly) and the aggressor took the drug resulting in rape.

Facts and Statistics about GHB Consumption 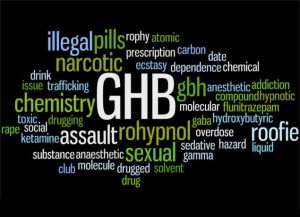 During the 1990s, the Center for Disease Control (CDC) reported an outbreak of poisonings due to ingestion of the drug. Most of the patients had combined the drug with other substances such as alcohol, amphetamines, weed, and benzodiazepines (Xanax, Valium etc.), and suffered severe symptoms requiring emergency care.
The National Center for Biotechnology Information mentions as of 2015, 0.4% of the population, ages 12 and up, have used the drug, with an average initiation age of 28.3 years old.
Researchers from the European Journal of Emergency Medicine set out to quantify data on deaths stemming from the drug’s use and abuse. They identified over 200 connected deaths spanning a decade pre-and-post-millennium
They arrived at the conclusion that this number was likely due to under-representation. It seems there were a number of issues holding back these studies, including:

Average doses range from 1 – 5 grams. Factual information may be hard to come by as the drugs are produced illegally, therefore one cannot be sure of purity. The user may end up ingesting far more than originally planned. This is a common cause of GHB overdose.

Treatment and Recovery From GHB

GHB abuse treatment varies as its effects are dependent on the individual. Scientific study research is still ongoing, and long-term effects are not yet established. The drug remains short-lived within the body thereby causing difficulties in detecting usage.
Seek out information on available treatment options. Determine whether the individual requires medical supervision or an outpatient program.
Treatment and recovery, while essential to the individual’s health and survival, is a personal choice. Addicts may find sticking to a recovery plan difficult if forced into it. These individuals need to understand the detriment to the body and mind, notwithstanding the effect addiction has on loved ones. Selecting the right program is key in the recovery process, and divided into two main groups.
Outpatient GHB addiction recovery programs are for those without a physical dependence upon the drug. One may seek information and treatment action plans with scheduled follow-ups. The outpatient program is beneficial for individuals that can incorporate a treatment plan into their daily routines. Recovery is a step-by-step process, with every journey being different for the individual concerned.
GHB addiction treatment is for those individuals with a chronic dependence and may require personal medical supervision and care. A detox plan is normally implemented, and these can result in severe withdrawal symptoms. Patients have taken the road to self-medication to lessen the effects of withdrawal or speed up the detox process itself. Alcohol and other substances might be used as a dampening agent by those going through detox. Users try to find a way to dull withdrawal symptoms. The combination of various substances can lead to severe consequences. These include respiratory distress, a blocked airway, coma, or possible death.
Benzodiazepines are currently one of the medicinal options used to treat the addiction. Though that may seem like a conflict of patient interest, Benzo is only used under expert supervision during recovery. Researchers are currently looking into behavior therapy as a form of treatment.

GHB abuse is not something to take lightly. The drug has and continues to claim lives. It causes severe repercussions through its uses as a date-rape drug. When combining the drug with other substances, the risk of overdose multiplies tenfold. There have been some positive results during scientific studies, though these are far and few. It goes without saying that GHB addiction catches on far more easily than its recovery and treatment.